Around 1500 migrants were rounded up in northwestern Bosnia and moved to a camp in the country on Wednesday. The town of Bihac cannot provide adequate shelter for these people in the winter weather, authorities said.

A long line of male migrants, walking two or three together, wind their way about 10 kilometers along a road in northwestern Bosnia. The men have been rounded up from the town of Bihac where they had been camping and staying. The video of the march, from the Associated Press news agency (APTN), shows mountains lining the horizon and trees at the side of the road sparkling gold, red and brown in the autumn sunshine. Some migrants carry plastic bags with belongings, others appear to just have the clothes they're wearing. A few Bosnian policemen accompany the group, walking purposefully at the top of the column and making sure everyone keeps together along the side of the road.

The migrants, said the authorities, had to be moved from Bihac ahead of the severe winter weather which will affect the country in the coming months. But the migrants are being moved to a camp which has also been declared inadequate, on top of a former rubbish dump outside the village of Vucjak. The UN has already deemed that camp “unfit for housing people.”

A reporter from InfoMigrants visited the camp at Vucjak in September and wrote that the “tents are soggy and muddy, and the residents are miserable. The ground is littered with garbage.” The local Red Cross, she wrote, provide only two meals a day for camp inhabitants. Their funding does not stretch to an evening meal. 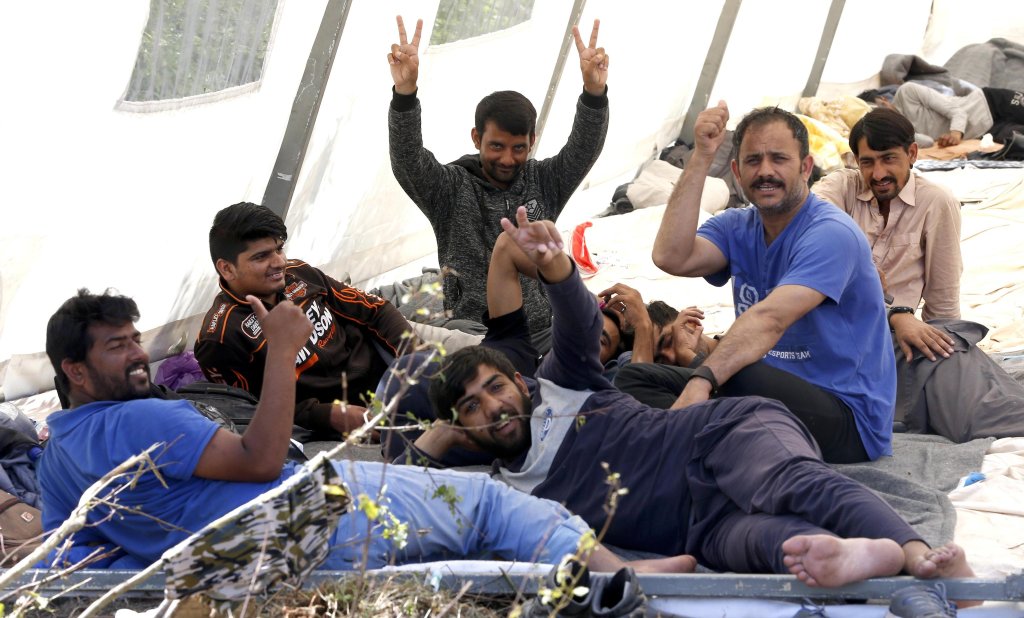 In the same article, Peter Van der Auweraert head of the IOM (International Organization for Migration) mission in Bosnia and Herzegovina also called the living conditions at the Vucjak camp “unacceptable.” IOM technicians he said “found the soil contained methane” as a result of it having been used as rubbish dump previously. In the area around the camp, landmines are still present on the territory and the roads to the camp are narrow, making it difficult for trucks to supply the camp.

‘There is a crisis and that crisis is escalating’

In a press conference on Tuesday, the Mayor of Bihac, Suhret Fazlic, told reporters in the country’s capital Sarajevo: “An artificial atmosphere has been created here; it is as if there is no migrant crisis in Bosnia. I am standing here and telling you that there is a crisis and that crisis is escalating. I want to force state institutions to finally do their job.”

Fazlic held the press conference Tuesday in Sarajevo, rather than in Bihac, to draw more attention to the issue. He accused the central government of failing to take action. In particular, the mayor said the central government did not provide financial aid to the Una-Sana Canton of which Bihac is the administrative center.
"Each night, 150 migrants arrive from Sarajevo," said Fazlic.

Worrying about what would happen to the migrants holding out in camps in his town, he said: “These miserable [migrants] will be walking through the city of Bihac covered only in blankets and we are the only ones trying to help them.” Fazlic threatened to stop helping them in order to draw attention to the problem, said the AP news agency. “As of next Monday, we will cease to provide any help to migrants in the area of the Vucjak camp. We will let this crisis escalate and by doing this, we want to force state organizations and institutions to do their job.” According to ANSA news agency, Fazlic threatened to close all camps in and around Bihac.

A humanitarian activist Dirk Planert, who knows the area well and had been trying to provide aid in the camps, told DW at the beginning of October that following a ban on volunteers working in Vucjak, inhabitants had been left with “no medical aid.” 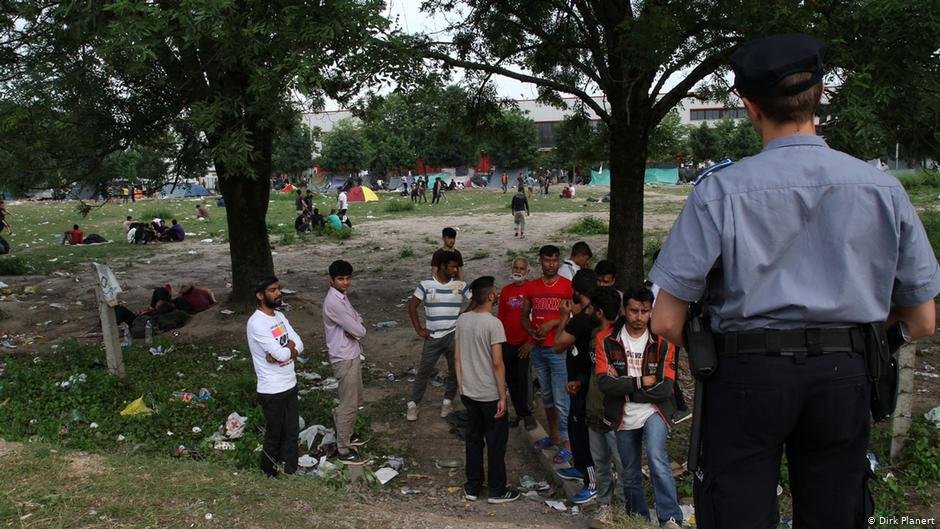 The authorities say that they want to be the only providers of medical aid in camps like Vucjak.

In October a team from DW’s Bosnian department reported that the camp in Vucjak contained between 800-1000 residents. They also wrote the EU states had already donated 10 million euros to provide better facilities but that “all of those upgrade projects have stalled due to bureaucratic squabbles and opposition from local municipalities.” The mayor of Bihac said around 6,000 migrants were in the area presently, according to the Italian news agency ANSA.

Most of those waiting in northwestern Bosnia are hoping to make it over the nearby border with Croatia. However, they complain of being pushed back continually by the Croatian authorities, a charge Croatia denies. While Bosnia is not a member of the European Union, Croatia is. Many migrants are hoping to make it to Western European countries like France or Germany through Croatia.

In the southeast of Bosnia, local residents have been protesting too about the presence of migrants. Inhabitants of villages around the town of Bileca, reported ANSA, met on Monday in the area of Krstace to demand protection. Local media stated that the residents were tired of large numbers of migrants allegedly breaking into their homes. The newspapers said the residents claimed that the new arrivals, mainly from Algeria, Morocco, Pakistan and Afghanistan were “turning increasingly violent.”

The media reported that a total of 17 homes, whose residents live and work abroad, had been broken into and were “completely devastated.” Some claimed that migrants also broke into the houses of elderly people. One week ago, wrote ANSA, a local resident allegedly caught an immigrant inside a neighbor’s home and killed him, after allegedly being attacked by him.

With additional reporting from ANSA and APTN