The truck in which 39 people were found dead in Britain on Wednesday originated from Belgium -- a major hub for migrants and people smugglers seeking to take advantage of the proximity to Britain. The shift in the UK-bound migrant route from France to Belgium came after the 2016 closure of the "jungle camp" in Calais that pushed migrants north.

The discovery of 39 corpses of Chinese nationals inside a truck near London has put a spotlight on a development that started over three years ago with France shutting the Calais shanty town known as the Jungle: A shift in the UK-bound migrant route from France to Belgium, which has become a transit route for migrant smugglers.

As a result, migrants seeking entry to Britain were forced to look for less safe passage up the coast in Belgium, where the refrigerated truck arrived from on a ferry.

Belgium's federal prosecutors, who handle cases of terrorism and organized crime, said on Thursday they had opened an investigation into the deadly transport. Initial findings showed the truck passed through the Belgian cargo port of Zeebrugge, from where it crossed by ferry to Britain.

But the Federal Prosecutor's Office has said there is no evidence "for the moment" that the victims began their terrible journey in Belgium.

"The investigation will determine how long they've been dead. The container may have crossed the Channel with migrants already dead on board," François Gemenne, a migration expert, told news agency AFP. On Friday afternoon, British authorities arrested two more suspects.

Whatever the case, the route taken by the container shows that Belgium, just 100 kilometers from the English coast, is now a privileged route to reach Britain.

There are currently estimated to be between 800 and 1,000 migrants on Belgian soil seeking to cross the English Channel via Zeebrugge or the French ports just across the border.

In recent years the focus of migrant efforts to reach Britain was the French port of Calais - across the Channel from Dover - offering more than hourly ferry services and an undersea tunnel on the shortest crossing to the United Kingdom.

This figure has remained largely unchanged since three years ago, when Belgium felt the direct fallout after the 2016 closure of the infamous “Jungle camp” in Calais in northern France sent 8,000 people seeking new shelter.

Many migrants, and the smugglers in their wake, moved to Belgium. "There was a shift of the route to Britain from Calais to Belgium's E40 highway," said Stef Janssens, who works for Belgium's federal center of migration. 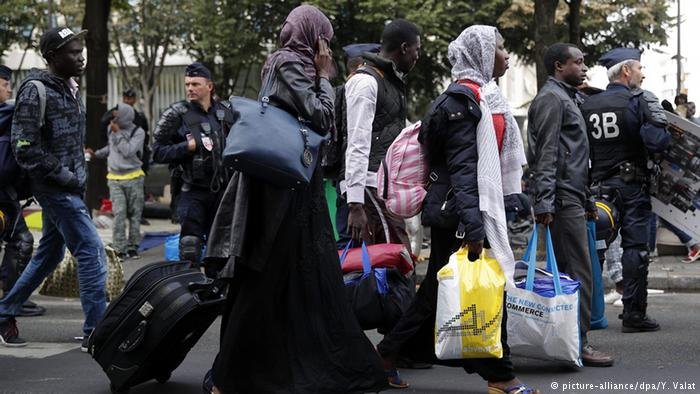 Dogs and heat scanners are used to detect stowaways though they might not be spotted in sealed, refrigerated containers like the one in which the 39 bodies were discovered this week.

In 2014, an Afghan migrant was found dead in a container that had arrived in the British port of Tilbury, along with 34 who had survived. This also had gone through Zeebrugge, but at a time when the scanner was not working.

"If they had to open up every container or every truck… there would be trucks (queued up) from here to Brussels. Every day there are 4,000 trucks coming to this port," Dirk de Fauw, mayor of the city of Bruges and chairman of adjacent Zeebrugge, told Reuters.

According to Janssens, smuggling migrants is lucrative, with migrants charged up to €6,000 ($6,690) for "guaranteed" passage to Britain.

"There is a Paris-Brussels-Calais triangle where migrants move," said Mehdi Kassou, who leads a network of citizens sheltering illegal immigrants, often from the Middle East, Sudan or Eritrea.

In Belgium, police surveillance has been beefed-up at motorway car parks where trucks stop on their way to Britain and where migrants hide at night. This has led smugglers to adapt their methods.

The victims of the truck incident - 31 men and eight women, all believed to be Chinese nationals - were found in a refrigerated truck on an industrial estate 20 miles (32 km) east of London. The driver was detained on suspicion of murder.

This was not the first fatal migrant transport routed through Zeebrugge - a container with the bodies of 58 Chinese inside found in the English port of Dover in 2000 had also come from the Belgian port.

The International Organization for Migration (IOM) said it has noted a trend in the past year of increasing numbers of migrants also trying to cross to Britain in small boats. There were five drownings in the Channel this year.

The 39 deaths this week brought the total number of fatalities this year among migrants crossing the European continent to 97, one more than during all of 2018.

A network dismantled last month involving an Albanian gang organized smuggling operations from a hotel in Ghent. But experts believe pointing the finger at smugglers is too easy and that structural solutions - often politically difficult - are too easily sidelined.

An EU-wide asylum reform is currently at an impasse and the so-called Dublin Regulation that continues to entrust the processing of asylum applications to the first country of entry, essentially Greece or Italy, is failing.

"We are stuck in a situation that inevitably leads people to their death or into the hands of traffickers who lead them to their death," said Kassou.

"As long as England remains an attractive destination for them, which has been the case for quite some time and will probably remain so even after Brexit, we will have migrants who will absolutely want to cross this border," Gemenne said. And "smugglers could not give a damn about the fate of migrants," he said.

With material from AFP, Reuters, AP