In the Tenere desert in south central Sahara, days can go by without a single vehicle passing on the road. In March this year, the gear box on a truck carrying 25 migrants heading for Libya broke down. When help arrived three days later, the migrants were hungry, thirsty, and traumatized. Had it not been for their rescuers, Alarm Phone Sahara, they might well have perished.

The Sahara desert is one of the world's most dangerous migration routes. It claims so many lives that it has been called a "mass grave for migrants." The United Nations migration agency, IOM, estimates that between 2014 and 2018, at least 30,000 people disappeared on the desert route -- the actual number is probably much higher.

Traversing the huge dry expanse has become more difficult since a law passed in 2015 in Niger, criminalizing people smuggling. Since then, the IOM says, the official number of migrants using the route has dropped by nearly 80 percent. The migrants themselves have not stopped coming, however. Instead they are using more remote, and often much more dangerous routes.

Around two years ago a group of activists decided to do something about the worsening situation. They established a telephone hotline for migrants stranded in the desert, Alarm Phone Sahara. Chehou Azizou, a journalist and former teacher, has headed the APS since February this year.

The first function of Alarm Phone Sahara (in French, Alarme Phone Sahara) is to provide a telephone hotline for migrants in distress. The hotline has a Niger country code because the project is based there, though the network also has people in Mali, Burkina Faso, Togo, Morocco, Germany and Austria. 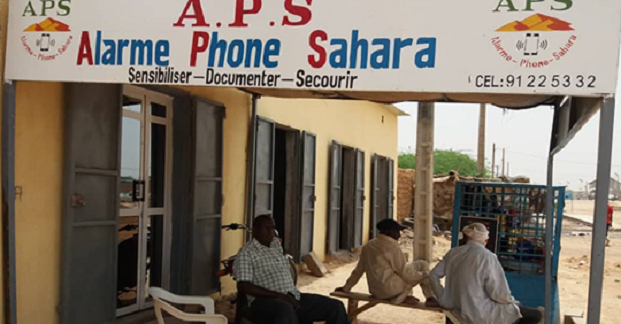 When they receive a call on the toll-free number, the APS network tries to facilitate a rescue, by alerting people within reach of the place where the migrants are stranded, including official rescue authorities if necessary.

APS also provides migrants and people considering migration with reliable information about the risks of desert travel. This includes information about support structures available to migrants. The website has an "advice for migrants" section, which lists addresses and phone numbers for community-based aid organizations in the region. The network tries to document cases of accidents, abuses and deaths of migrants in the desert. 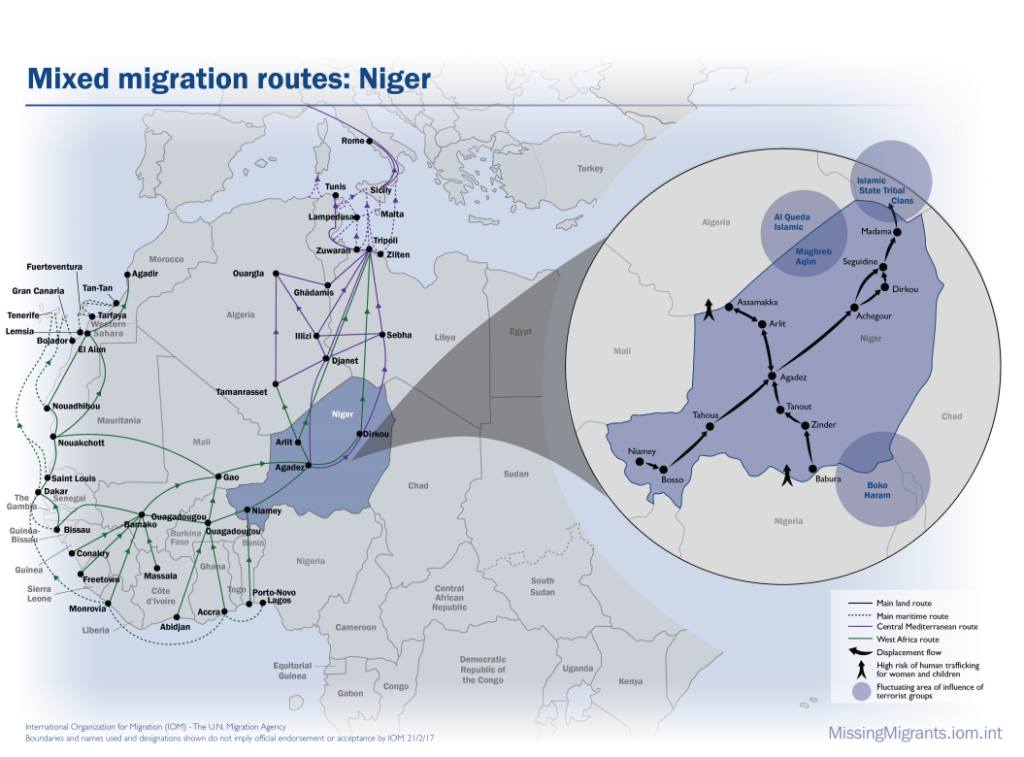 Many of those who come to the attention of Alarm Phone Sahara have become stranded in the desert after being deported by Algerian authorities, Chehou says. The migrants are taken to a place known as 'Point Zero', sometimes in the middle of the night, and pointed in the direction of the next town. Before long, they become lost, dehydrated and weak.

Since it became a criminal offence to transport migrants (not Niger citizens), drivers transporting migrants have tended to follow more and more dangerous routes. When their vehicles break down, many simply disappear, according to Chehou, leaving the migrants to their own fate -- which is often death. 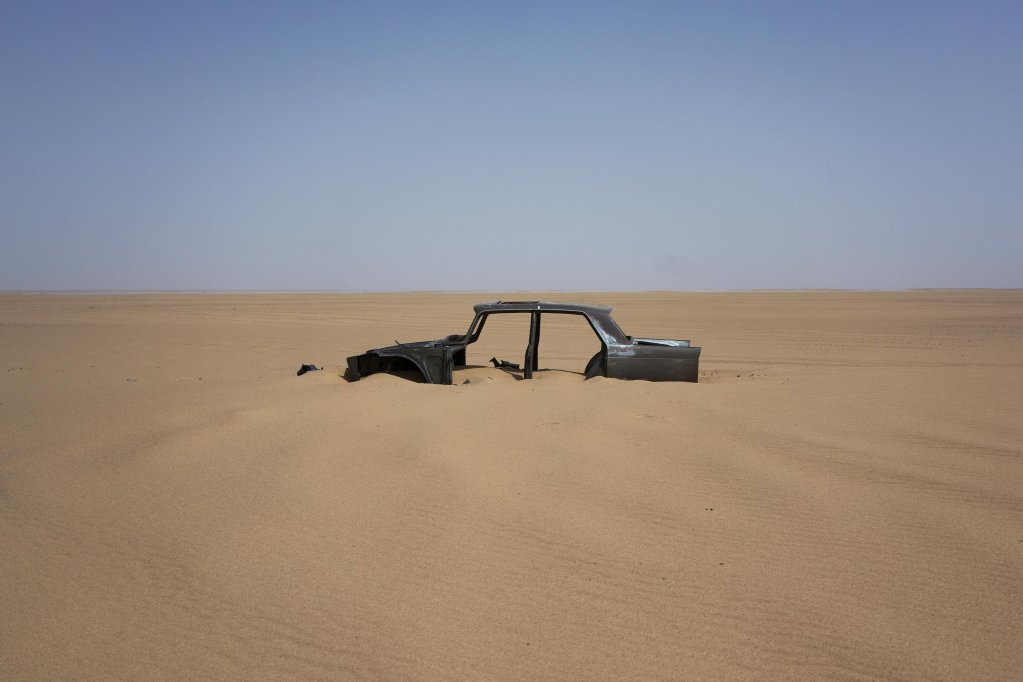 Migrants who are rescued and taken to towns like Assamaka near the Algerian border are usually returned to Agadez by the IOM. But they sometimes wait days or weeks before this happens, often suffering serious mental and physical health problems. With inadequate infrastructure to support the migrants, it is left to volunteers to provide them with food and water, or arrange transport to hospital.

APS currently has a network of around 20 people in several towns and cities on the route towards Algeria and Libya. These people give out the hotline number to migrants passing through, in case they get into trouble later.

One APS member also uses his motorbike to search for people who may be stranded. When he finds them, he alerts NGOs or the nearby authorities who are able to rescue them. APS itself has no vehicle with the capacity to transport migrants.

Earlier this year, APS organized a workshop in Agadez to train members in helping migrants and documenting their situations. Participants were given mobile phones to contact APS headquarters and take photos whenever they were involved in a rescue operation. However, according to Chehou, communication remains a major difficulty -- the phones run out of credit, or there's a bad connection. Problems that could be solved with more money, money APS doesn't have.

The original plan of the APS team was to help migrants become better informed about the risks of the desert. They prepared flyers to be distributed in Agadez, with information about how much water people should carry on the journey, and that they should let their families know that they are leaving, in case they later disappear. 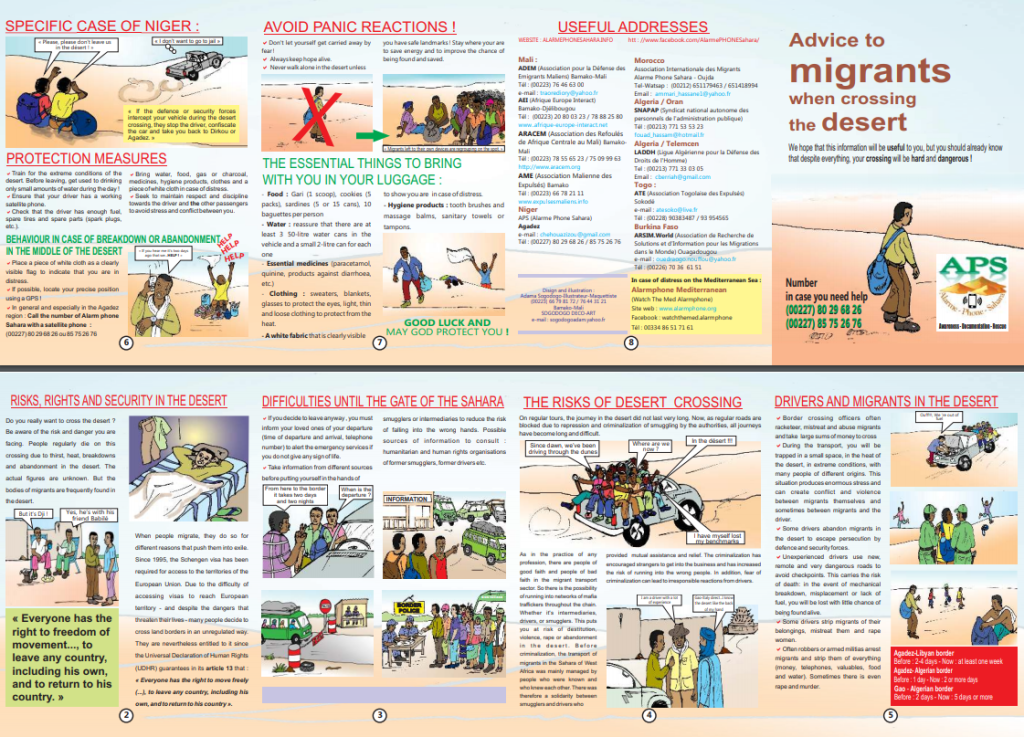 However, since Niger's anti-smuggling laws came into force, hardly any migrants pass through Agadez, Chehou explains. People smugglers hide them in secret locations outside the city, for fear of being caught by authorities.

This prospect haunts Chehou too, who says "everything linked in some way with migration" is now prohibited. At best, this means he will continue working under difficult conditions. At worst, he himself could face a long prison term.