Calais migrants in limbo as police clamp down on shelter, food aid

French authorities have hardened their policy of attrition against migrants in Calais, forbidding food distribution in most of the city center while police continue to evict migrants from their shelters every two days.

A police truck circles around the train station in the center of Calais. As they drive by, police officers stare at a small group of black men wearing puffy jackets with hoods raised to protect themselves from the biting cold. The police know that most of them are African migrants without any sleeping bag or tent, who intend to spend the night in front of the station or under one of the bridges over the nearby canal.

The police truck slows down as it passes by a white minivan belonging to Utopia 56, a group providing help to migrants, parked in front of the train station. The officers inside look carefully to make sure no distribution of food, tents, or warm clothes is about to take place. Since October 18, a municipal order forbids any food distribution near the train station to avoid gathering of migrants and "piles of trashes, excrements, presence of rats, brawls."

The municipal order aims to make migrants less visible in the city center as Calais prepares to open the festive season with a street parade including a 25 meter-long dragon. The new measure is in line with the French government's policy for the last three years, whose mantra is to prevent the establishment of durable migrant camps similar to the infamous "jungle" that hosted up to 10,000 people before its dismantlement in October 2016. 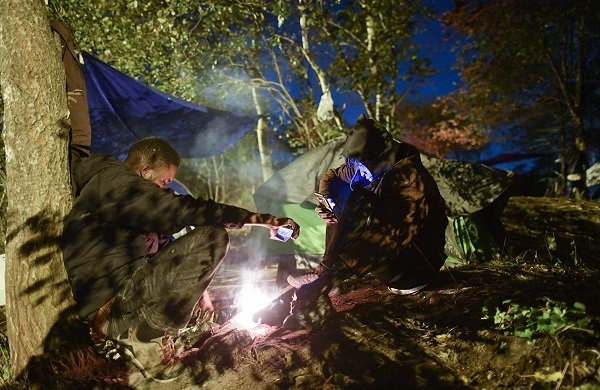 It takes Hamdan, a 25-year-old man from Darfur, about half an hour to walk from the train station to one of the "mini-jungles" that have since sprung up.

"I've been sleeping on cardboxes outside the train station for the last twelve days", Hamdan tells InfoMigrants. "I don't have a tent and I come here to see if I can get one", says the young Darfuri as he walks in the woods near the rue des Huttes, in search of an association distributing tents.

Dozens of tents have been pitched under the trees near the rue des Huttes. Groups of migrants gather around campfires, often by nationality. Despite the freezing cold, two Chadians discuss the idea of going to the port later in the night. Their plan: put their clothes and telephone in a plastic bag and swim to one of the big UK-bound ferries parked in the port. As the night darkens, a group of Iranian migrants gathered deeper into the forest starts singing. It's impossible to see clearly a few meters from the campfire, but one can distinguish small shadows moving between tents. The forest is teeming with rats. 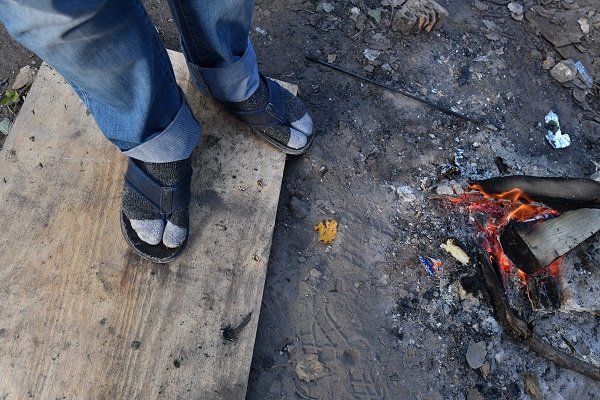 The general mood is one of despair. An Iranian migrant who walks between tents with crutches shows us his feet. He's wearing flip-flops.

"On last Thursday, police took all of my stuff, including my shoes. I'm now sleeping in a tent with three other people", Hamed tells InfoMigrants. The 27-year-old Iranian has already spent two months in Calais; he is familiar with the French policy.

Every two days, police intervene to force migrants to move their tents and belongings outside of the forest. Authorities call it "dismantlement" but police only take away tents that are still in their narrowly-defined perimeter.

Migrants who have moved their tent half a meter outside of the forest are left alone - and they obviously move back as soon as police leave. Every two days, the scene repeats itself and migrants wait for police with their tents and belongings piled just outside the forest's perimeter - except for the few unfortunate ones like Hamed who forgot to move their belongings.

This constant harassment takes its toll and some migrants are clearly on the edge. A few start drinking alcohol. Others grow increasingly upset against French authorities.

"Fuck France!" erupts another Iranian man sitting next to Hamed.

"France destroyed my life (...) It rains, it's cold and there is no point applying for asylum here. I saw how people who applied for asylum are living on the streets in Lille or in Porte de la Chapelle in Paris", says the 36-year-old man who gave his name as Abraham. "Please let me leave for England!" 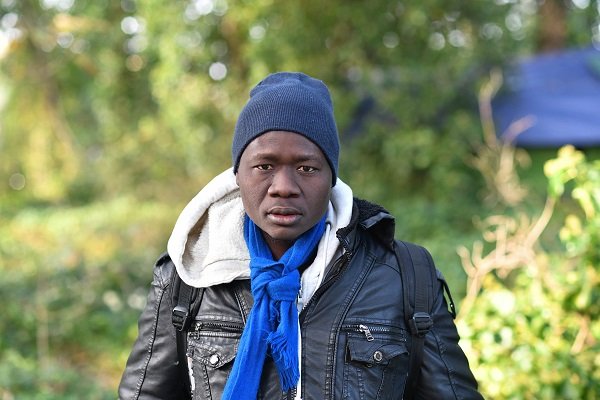