Inhabitants of two towns in northern Greece took to the streets Sunday to rally against the transfer of migrants from the Greek islands to the towns of Yannitsa and Serres.

"They should leave. We have had enough," said one protestor in Yannitsa, not far from Thessaloniki, to the Greek broadcaster Skai.

The demonstrators were angry that the authorities were attempting to transfer a group of 60 migrants from the islands of Lesbos and Samos to centers near Yannitsa. Some of the protestors hid their faces behind balaclavas or scarves tied just under their eyes. Many carried Greek flags, some emblazoned with the virgin sun which is the symbol of the northern Greek region Macedonia, of which Thessaloniki is the region’s capital.

According to one report of the protest, there were only about 100 protestors in the town of Yannitsa, with the counter-demonstration numbering a few more.

One resident reportedly told Skai that the town had already received 60 migrants and they have already had “a lot of problems.” The protestors wanted to block the pre-dawn arrival of the migrant buses. However, after some time this group of migrants did manage to leave the bus to check in to local hotels.

Further east, along the border with northern Macedonia, there were also protests in the town of Serres against the arrival of 20 migrants.

According to the French news agency Agence France Presse (AFP) about 900 migrants in total were transferred from the islands to the mainland over the weekend. The Greek authorities are aiming to transfer 20,000 people before the end of the year, in an attempt to  ease the acute over-crowding of the island facilities. 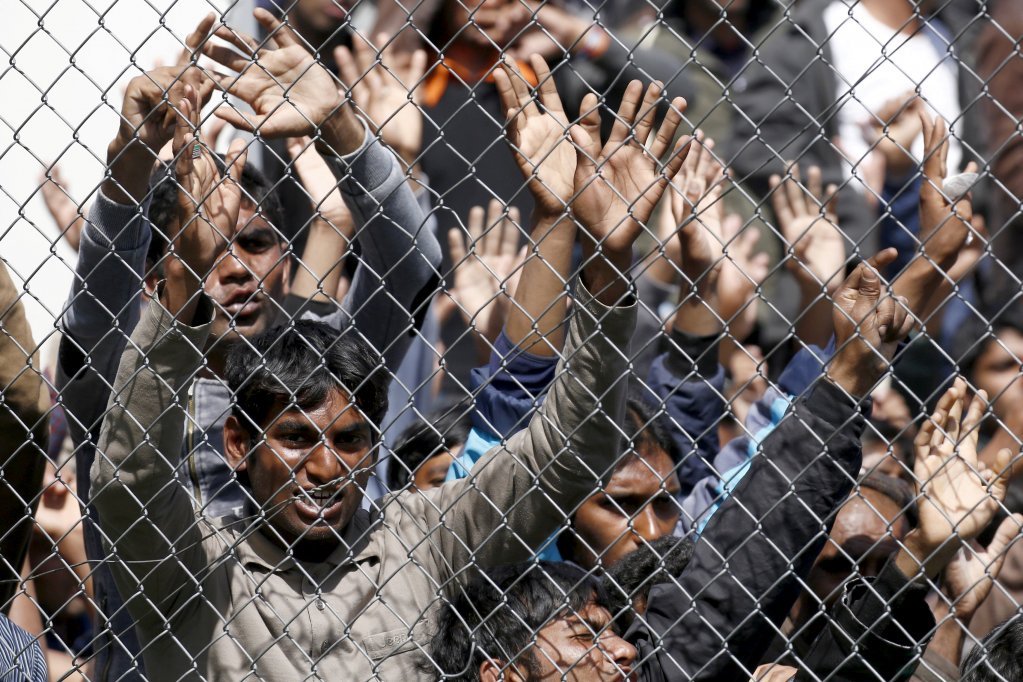 Continuing transfers
At the moment, migrants and asylum seekers are being transferred from the most-overcrowded camps on Lesbos and Samos. However, according to the Greek newspaper Ekathimerini, residents on the island of Chios held their own protest this weekend, blocking the road to the camp on their island to protest at overcrowding there too. Ekathimerini said that around 5,000 migrants are present in the Chios camp, a number which is “several times greater than the capacity of the camp.” Chios islanders want the authorities to start transfers from their island too.
These protests are not the first in Greece since the transfer of migrants began in earnest in September. Ten days ago, Greek villagers threw stones at migrant buses, preventing the migrants from exiting, until the buses -containing 380 asylum seekers- were turned round and taken to another facility in central Greece.
Tougher asylum laws
On Friday November 1, the Greek parliament voted to toughen the laws surrounding asylum procedures. The new law is being brought in to “ease a state of prolonged paralysis” said the Greek Prime Minister Kyriakos Mitsotakis. It is estimated that the Greek state is struggling to clear a backlog of 70,000 asylum claims with many on the islands reporting that they have been waiting, or asked to wait, for two to three years to have their cases looked at.
A junior minister, Georges Koumoutsakos, appealed for mainland Greece to show solidarity with “the border regions” which had borne the brunt of the crisis up until now. He said that in the past four months “more than 40,000 migrants have arrived on the islands.” More than 50,000 throughout the year. 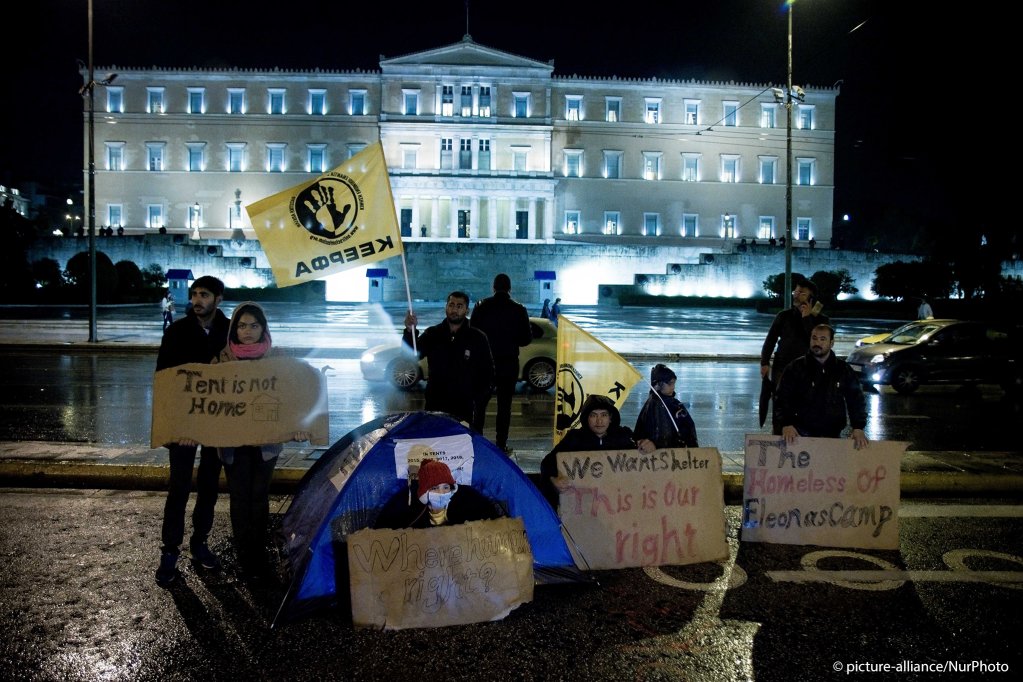 According to the UNHCR’s latest figures for October 2019 there are 34,000 migrants and asylum seekers distributed across five islands in the Aegean. 37% of the migrants come from Afghanistan, 19% come from Syria and 8% from Iraq. About 39% of those present on the islands are men and 21% women, around 35% are children, the majority under 12-years-old.
UNHCR is assisting with transfers to the mainland and finding accommodation and reception facilities for those who are moved. The new Greek government has blamed Turkey and the former left-wing government for the spike in arrivals. Turkey has been threatening to ease its own border controls since September, if it didn’t receive the additional international aid it was hoping for.