Meeting the smugglers -- a reporters' investigation

Border restrictions or not, human smuggling from Greece to Western Europe is still happening. InfoMigrants' reporters were recently in the Greek capital to investigate. This is their account.

It took us roughly an hour to find out about spots where we could meet human smugglers. Our initial research led us to Omonoia Square – one of the oldest and busiest shopping areas in Athens. The main square is located at the intersection of six main streets, which are connected by lots of narrow lanes. The area off the northwestern section is home to hundreds of small shops and businesses, most of them owned by Asian migrants. Untidy lanes, goods sprawling onto the streets, people talking and shouting in Hindi or Bengali – for a moment it was hard to believe that this was still Europe. Five minutes in the market and we knew we were in business.

It was around noon and business was in full swing. We decided to have an early lunch at a Pakistani restaurant. The table behind us was occupied by two Pakistanis who said that they had just reached Athens. “Now, we plan to continue to Germany, France or Italy with the help of smugglers,” they told us.

At first this sounded like a far-fetched idea, but some more conversations at the restaurant and outside on the streets led us to investigate further. Another group of Pakistanis who were selling cigarettes on the street tipped us off about a cafe that served as a meeting spot, bringing together smugglers and migrants. One of them told us that we should not reveal our identities if we wanted to meet smugglers and discuss anything with them. “It could be dangerous for you,” he warned. 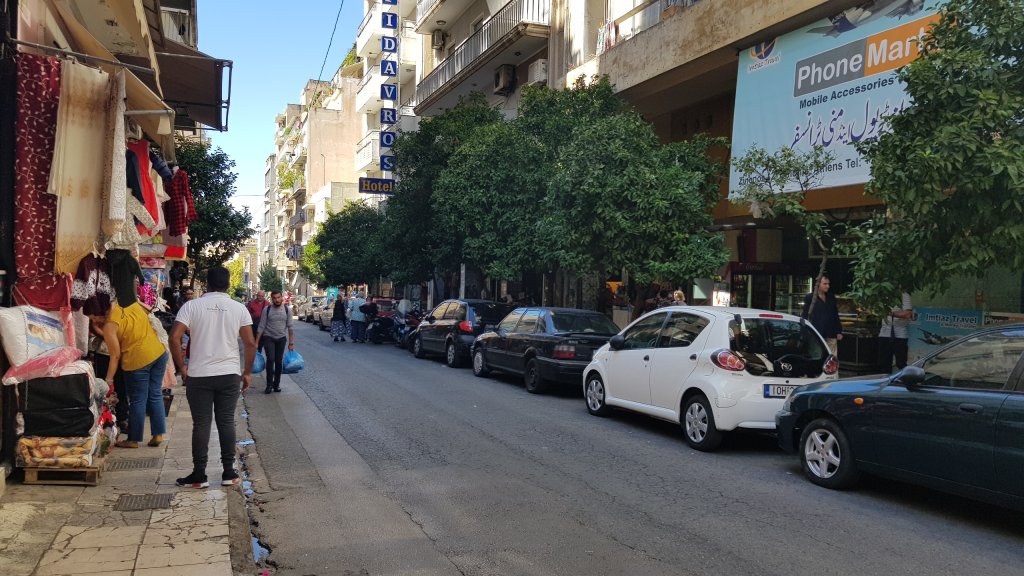 The cafe that serves more than just coffee and tea

Ten minutes later we were at the cafe. It looked like any other restaurant in the area, except that the three men sitting outside were unusually inquisitive about who we were and what we were doing there.

Some 20 minutes into the conversation, we were talking business. At this point, we mentioned that my “friend” – in fact my colleague posing as a migrant – was looking for a way to get to Germany. One man, who looked to be in his 50s, claimed, "People are still regularly being taken from Greece to France, Italy, Spain and Germany." He added, "Earlier, there were large groups that tried to cross the border from the main transit routes. Obviously, these routes are closed now and there is a lot of patrolling around them. Now, smugglers are taking smaller groups of 3 or 4 people and they cross the border through jungles at night and from areas that are not patrolled. The whole border is not closed; they cannot put police everywhere." The journey costs between 3,000 to 5,000 euros, he told us.

Roughly an hour later, we put the question directly – “How does one get to a country in Central or Western Europe?” "You can go by air or you can go on foot; it depends on how much money you would be willing to spend," replied the other migrant. He told us that we would find many people there who would be willing to help, for the right price.

All three men interacting with us were experienced operators. They gave us enough information to keep us interested, without giving the exact details. When we asked to be put in touch with a smuggler directly, one of them called the restaurant manager. A young man appeared and inquired what documents my “friend” had with him. "Come tonight around 9 pm and bring along all the documents that you have. We will give you the exact cost, the route and the person who will take you along."

This cafe was indeed serving more than tea and coffee. 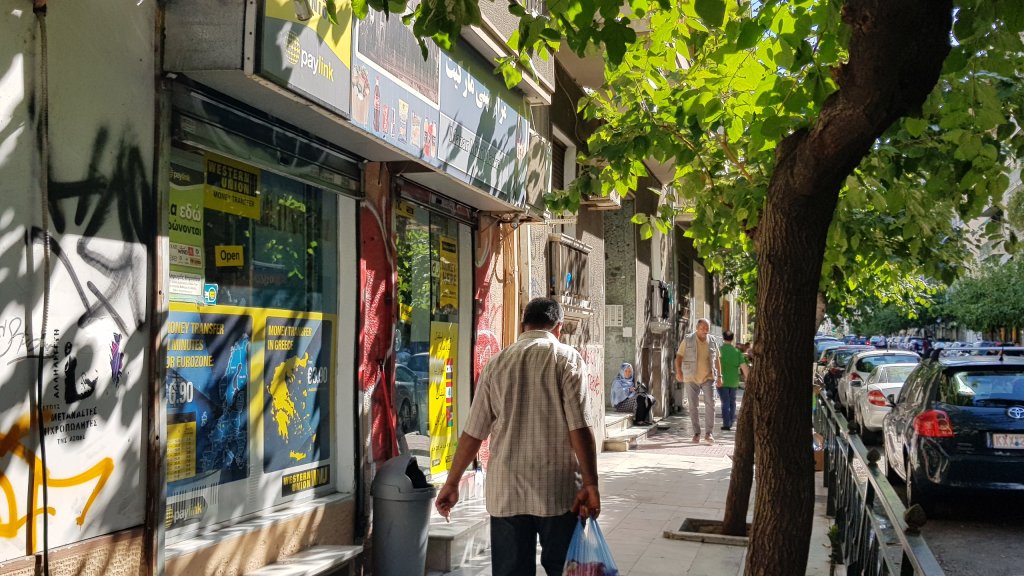 Late in the afternoon we decided to visit Victoria Park – which the locals also call the Afghan Park. This area has been in the news for all the wrong reasons – prostitution by minors, drug abuse, and migrants sleeping in the open. Hundreds of young Afghan migrants can be seen at this square day in, day out.

After chatting briefly with a few young men, we were onto something again. An Afghan migrant told us about at least three shops which were bringing together smugglers and migrants. The man claimed that he had already sent four members of his family to Germany with the help of smugglers. He told us, "there is a currency exchange shop right behind this street where one can meet smugglers and the shop-owner acts as a middle man." He explained that the deal is done in the shop and the migrant pays the agreed amount to the shop-owner. He then hands over the money to the smuggler when the journey is complete and the migrant has reached their final destination. "It costs between 3,000 and 5,000 euros," he added. The Afghan migrant also claimed that if a person is caught at the airport while trying to leave, they don't have to pay the costs. Instead, the smugglers bear the loss and the shop-owners act as guarantors. 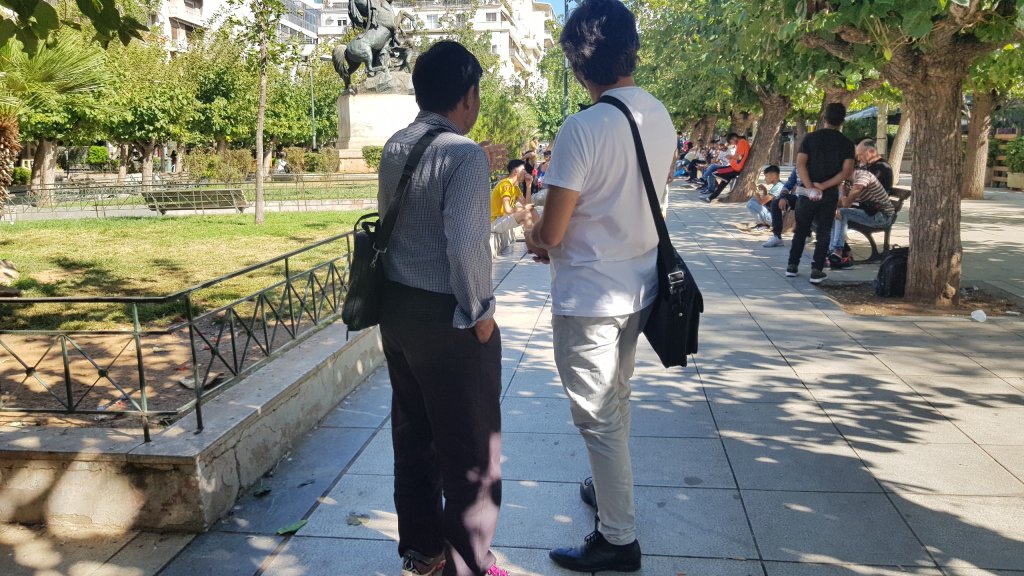 This man then told us about the common modus operandi. "These shop-owners and smugglers have possession of identification documents of local Greek citizens and of tourists. Once they have a client, they try to find a stolen passport or identification card of a person who looks similar to their client, and they make the booking. At times, they also work on the migrant’s appearance a bit to make them look like the person whose passport they end up using to enter their preferred European country.

What impressions we came back with

What struck us was how easy it was for us as reporters to come into contact with suspected or possible human smuggling operations – an issue that remains a huge challenge for the European Union.

The business of smuggling migrants by land, sea or air is worth billions of euros a year. As journalists, we found that it was relatively easy for almost anyone to access the smugglers and traffickers in cities like Athens, which has a reputation as a migrant hub. And yet police and intelligence authorities, despite their efforts, are having a much harder time getting this problem under control.