Germany: In 20 years, 1 in 3 people will have migrant roots

In large cities, up to 70% of inhabitants will have a migrant background in two decades, experts say. Germany will need to attract a "range of nationalities" to keep the "economy stable."

By 2040, about 35% of Germany's population will have a migrant background or be a migrant themselves, according to a German migration expert.

Herbert Brücker, who heads the migration research department at the Federal Institute for Employment Research (IAB), told the Welt daily on Monday that Germany "will become more diverse."

"Currently, about a quarter of the people in German have a migrant background," Brücker said. "In 20 years, it will be at least 35%, but could also be more than 40%."

He noted that in cities, that figure is likely to be higher. "What we see in the big cities today will be normal for the country as a whole in the future," Brücker said. "In a city like Frankfurt, we'll have between 65% to 70%." 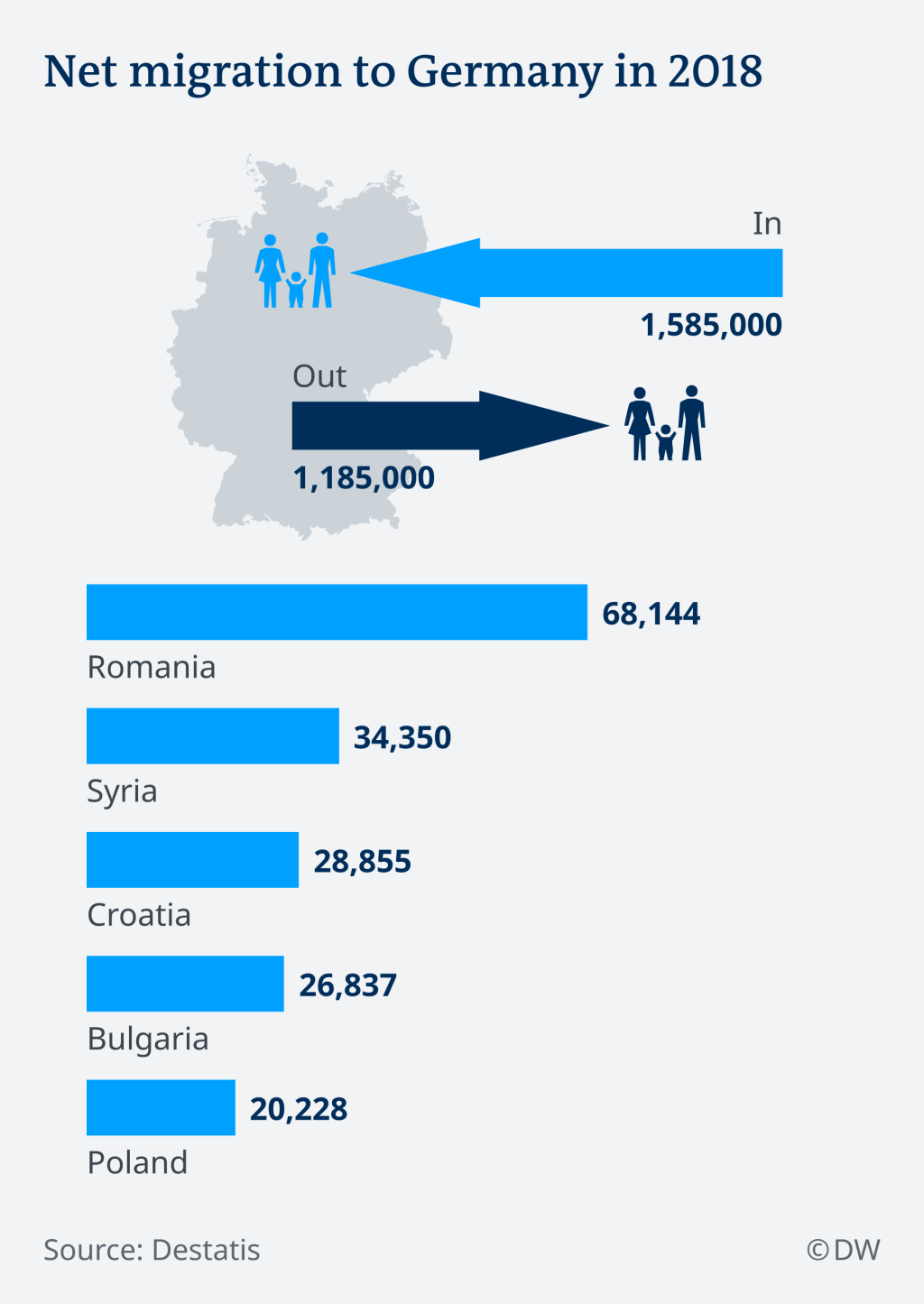 The German economist said that an increasingly diverse population will be crucial to the security of Germany's economy in the future. IAB figures suggest that Germany requires about 400,000 migrants per year until 2060 to avoid the economy shrinking.

However, the challenge for Germany is to continue to draw highly-skilled migrants to the country. Brücker said Germany would need to open itself up to other countries as the labor pool from southern and eastern European countries is exhausted.

A study published last month suggested that children with a migrant background who obtain a German passport early in life tend to have increased access to opportunity for higher education.