As the UK gears up for an election on December 12, all parties are busy launching their manifestoes and making promises. The Conservative Party, currently ruling as a minority government, has just promised a fast track “NHS Visa” to make it easier to attract and retain the hundreds of thousands of non-British health workers on which the country relies. Previously they would impose a 'zero-tolerance' policy on migration.

Immigration is almost always a hot topic during election campaigns. 'Taking back control of borders,' and therefore immigration, was one of the main reasons that a slight majority of the UK population voted ‘leave’ in the Brexit Referendum in June 2016.

‘The best of both worlds’

However, the gap between rhetoric and reality since the referendum is widening. In fact, the current governing Conservative party, which is keen to “get Brexit done,” has realized that the British National Health Service (NHS) is partly reliant on foreign workers. On Friday it said it would introduce 'fast track' visas to make it easier for migrants to move to the United Kingdom to work in the NHS. Thereby, it said, it would help to offset a possible fall in numbers of foreign workers caused by the exit from the European Union.

Since the NHS is also a key part of campaigns for both main parties, the Conservatives, in the words of BBC presenter Nick Robinson, are attempting to present voters with “the best of both worlds,” saying they will control immigration with a points-based system, while continuing to attract “the brightest and the best to staff the NHS.

Non-British workers in the NHS

A large proportion of UK health workers are foreigners. According to Reuters, about 153,000 of the 1.2 million health workers in the UK are non-British. The NHS is one of the largest employers in the world. In a House of Commons briefing from July 2019, a report estimates that at least 52,000 of current NHS staff are Asian nationals. 65,000 NHS staff are EU nationals, that is 5.5% of all staff according to the briefing. In fact, 13.1% of all staff are non-British and come from over 200 different nationalities. 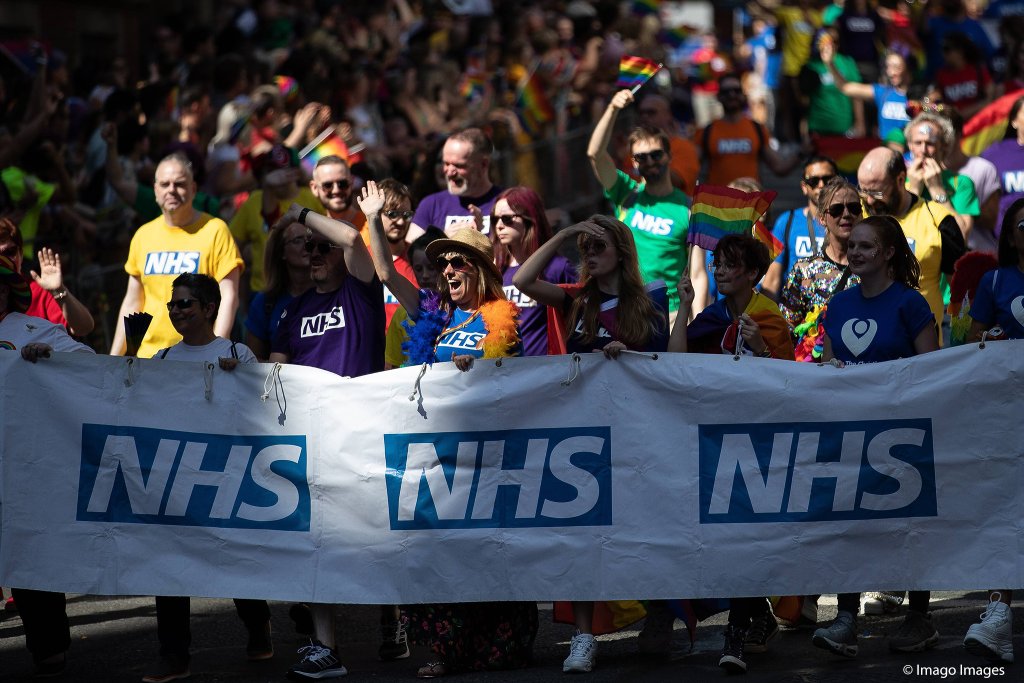 The most common nationalities for NHS staff after UK / British are Indian, Filipino, Irish, Polish, Portuguese, Nigerian and Italian. The briefing cautions that these nationalities are ‘self-reported’ and aren't necessarily a measure of immigration because they might reflect a person’s cultural heritage rather than their citizenship or country of birth. However, the briefing also makes clear that these figures don’t include “those working in social care or in the independent sector,” of which there are many more non-British workers. Those working in social care will not be covered by the new fast track visa proposal. 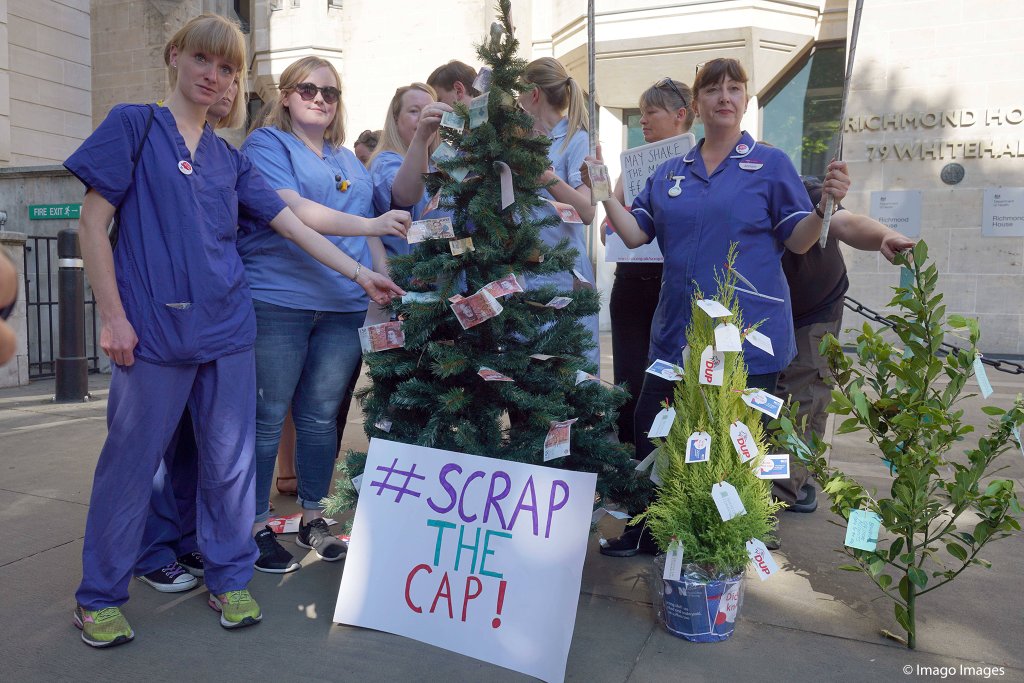 According to the government’s own figures, 37% of all hospital doctors “gained their primary medical qualification outside the UK; with 20% of those qualifying in Asia. The report also found that the percentage of foreign nationals and EU nationals working for the NHS is greater in London and the south-east.

The Home Secretary (Interior Minister), Priti Patel explained in a speech that the new visas would be part of the Conservative Party’s proposals for a “points-based immigration system” modeled on the Australian system. This system, says the party, “would prioritize migrants with much-needed skills.”

According to the British private terrestrial TV channel, ITV there are “currently 100,000 vacant jobs already in the public health service;” a gap which already needs to be plugged and one which will become even more problematic after the election and after the impending Brexit. In fact, Baroness Finlay, the former President of the British Medical Association (BMA) and a cross-party peer in Britain’s House of Lords, confirmed on the BBC that the NHS was “very dependent,” on foreign nurses and doctors and that “many of them were of a very skilled level.” She said that the UK “did not have enough [British] graduates coming through,” and that both retention and supply were an issue for the NHS. The NHS has suffered a number of cuts in recent years. Last year on the service's 70th birthday, people in the UK marched to celebrate it and protest against the cuts. Junior doctors have also been on strike at the long hours they are expected to do. 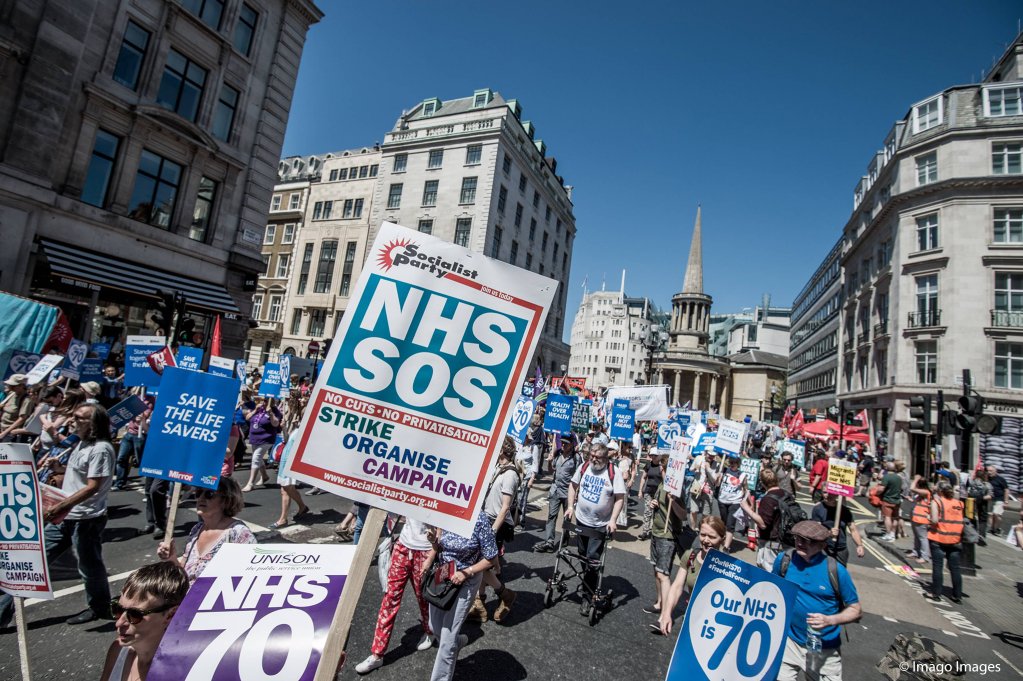 The government fears that without measures like fast track visas, they will fail to attract the staff the health service needs, particularly once Britain leaves the EU, as Prime Minister Boris Johnson continues to promise.

The Conservatives maintain that their approach would support the NHS and still maintain their immigration targets. Voting for the Labour party, they say, would bring “uncontrolled and unlimited immigration placing pressure on our schools and hospitals.”

At the Conservative Party conference, in October, Patel said in a speech that she had “a particular responsibility when it comes to taking back control, [and] to end[ing] the free movement of people once and for all.”

Not true, says the opposition Labour party. In a speech published on the party’s website on November 8, and responding to the Conservative announcement about NHS visas, the Shadow Home Secretary Diane Abbot said “the Tories [Conservatives] are tying themselves in knots over immigration. They use dog whistle anti-migrant rhetoric but are forced to accept we need migrant workers for key sectors, not just the NHS, but many more besides.” 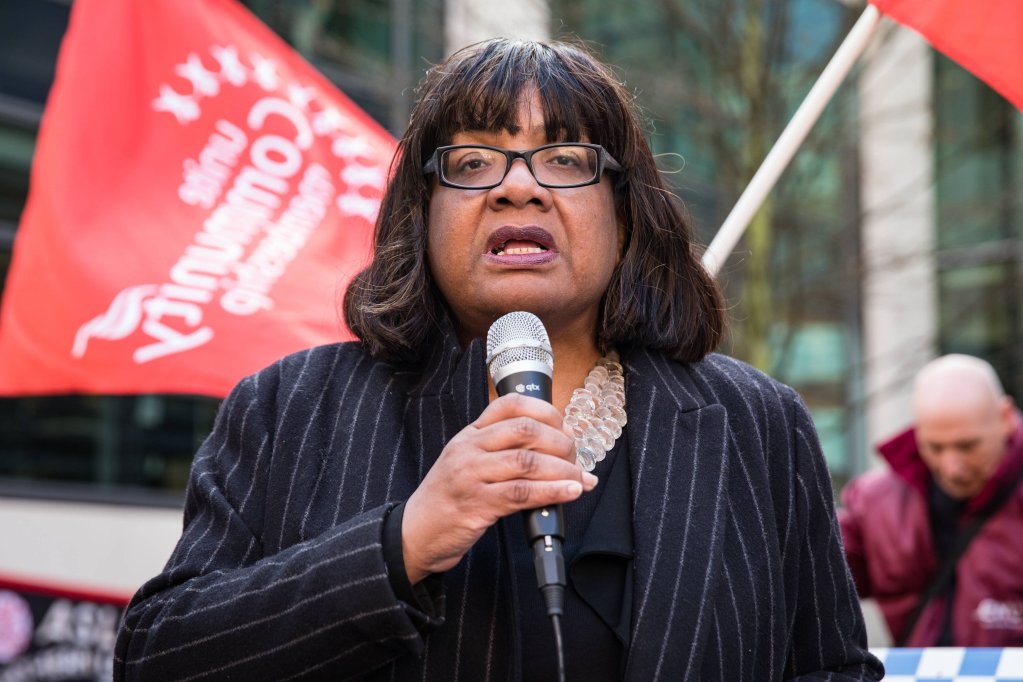 Diane Abbot called the Conservative policy “full of holes” and pointed out that those earning below the standard income threshold of 30,000 a year for migrants would fall foul of the new proposals. She also said that there had been no mention of those workers’ rights to bring their family members to the UK. “Labour’s immigration policy,” Abbot continued, “is rational and fair and will prioritize attracting the people we need, and treat them as human beings.” In the past, she has said that the Conservatives were “disgracefully labeling workers on less than 30,000 pounds as low-skilled.” She reminded MPs that “our economy and public services are kept ticking by this majority of workers;” many of whom are migrants.

Under the Tories, visa costs would be “halved” from the current fee of 928 pounds to 464 pounds. “Applicants,” notes ITV, “would be guaranteed a decision within two weeks.” Extra points will also be awarded if an applicant intends working for the NHS on arrival in the UK.

These new measures though would not be expected to start until 2021, since during a Brexit transition period the current rules would still apply until the end of 2020. In an interview on BBC Radio 4’s The Today Programme, a Home Office Minister, Victoria Atkins on Friday, November 8 said that this policy announcement was “an acknowledgement of the really important role that doctors, nurses and physiotherapists, who are not British-born and bred, play in our valuable NHS.”  She added that the government was “very conscious that our medical personnel have the right numbers and the right qualifications […] and we want to make sure that the world’s medics know this is a welcoming place to live and work.”

The presenter, Nick Robinson, pointed out that the government’s proposals do not cover hospital porters and other support staff. The Minister answered that the government was still “in the process of developing an immigration policy.” The presenter pushed her to confirm whether or not she wanted higher or lower figures for immigration in the future but the Minister continued to side-step the question. She answered “we want the brightest and the best […] and immigration that suits the country.” He reminded her that the Conservative Party had promised in three elections that they would bring the immigration figures down and they missed their targets for 37 months in a row. The Minister blamed that on the EU’s Freedom of Movement policy. Atkins said immigration was a “big topic, [for the party and that] they were working on this to deliver the policy that people want.” 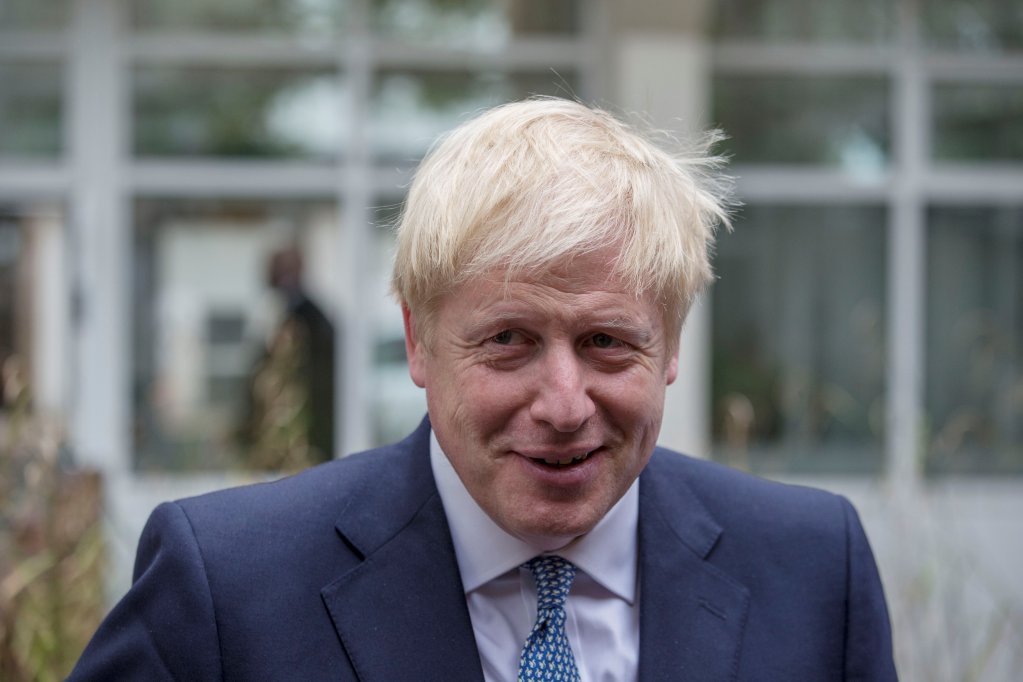 Migration in the UK

Neither party’s manifesto has been published so for both sides, these announcements and proposals remain just that, plans which may or may not come to fruition. Speaking on the BBC, Madeleine Sumption, director of The Migration Observatory at the University of Oxford judged the Conservative party proposal “not a radical departure from the status quo.” She explained that the immigration system “already prioritizes NHS workers, for instance they are [already] exempt from the 30,000 salary requirement that most [migrant] workers face.”

She added that “the number of non-EU workers has increased in the last few years.” In October, her organization published a briefing about migrants in the UK. They found that 14% of the current UK population was born outside the UK, that’s 9.3 million people. An estimated 39% of those people came from EU countries. Poland, India and Pakistan are the most common countries of origin for migrants in the UK, with Romania, Ireland and Germany following on a little way behind, in terms of those migrants’ places of birth.  “About half of non-EU migrants said they came to the UK for family reasons in 2018.” The most common reason for EU migrants to come to the UK was work.