Greece's new conservative government is moving away from a once welcoming migration policy. But is increasing animosity to asylum-seekers giving cover to nationalists, like the organizers of a pork-and-alcohol barbecue?

To outsiders, Diavata may seem like a sleepy village tucked in the rolling hills and bucolic landscape beyond Thessaloniki, Greece's second-largest city. But it's actually a flashpoint of nationalism, packed with far-right groups bent on keeping Greece for Greeks only.

Just years ago and at the height of Europe's refugee crisis, violent demonstrations emerged out of the region as authorities moved to set up some of the nation's first migrant camps.

Now, nationalists in Diavata are organizing an all-you-can-eat pork-and-booze-fest, with wafting smells of grilled pork and wine, next to the area's mostly Muslim refugee camp. 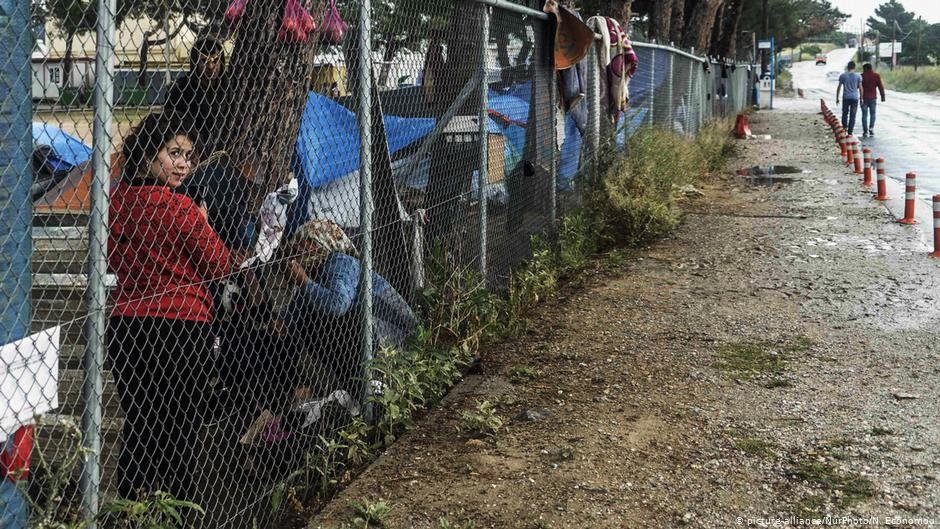 Pork and alcohol are strictly forbidden in Islam. "It's a new and innovative protest to show our opposition to continued inflows of illegal migrants," says Dimitris Ziambazis, the head organizer and leader of the nationalist United Macedonians group. "This situation cannot continue."

"Our homes and communities are turning into ghettos, and we will not stand for it," he adds.

Greece is a predominantly Orthodox Christian state, and as large numbers of Muslim migrants have entered the country, Ziambazis and thousands of Greek nationalists have labeled Islam a "dire threat."

Leftist parliamentarians and human rights groups have condemned the provocative protest, set for Sunday. They say it bodes badly for a country that just decades ago welcomed more than 600,000 Albanians, who are majority Muslim, allowing them to assimilate and start a new life here.

But it seems Greece's ancient tradition of hospitality to strangers is dying out fast.

At the height of the 2015-2016 refugee crisis, some 60,000 refugees, mainly from Syria, were left stranded in the country as neighboring Balkan states threw up steel walls and fences to block their passage to the heart of Europe. Athens agreed to take in the stranded refugees. 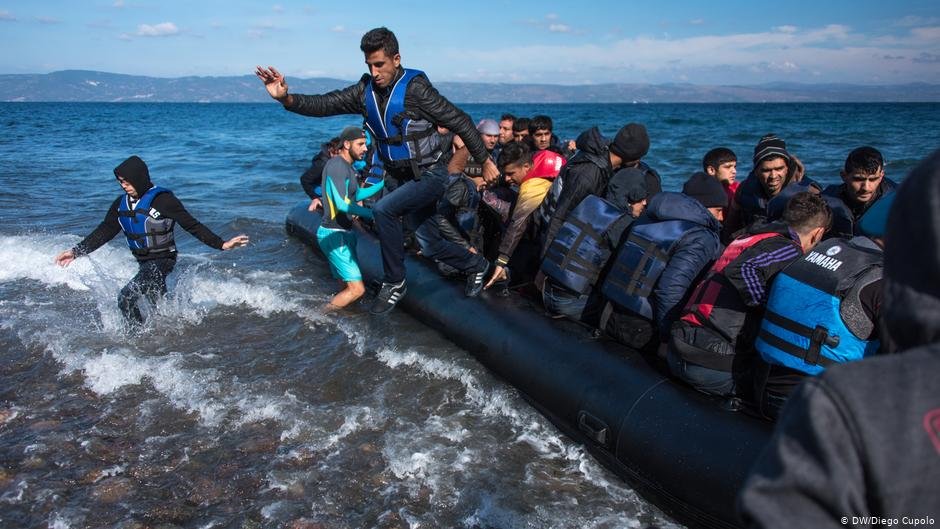 More recently, over 55,000 asylum-seekers have arrived from Turkey since the start of this year, with monthly entries rocketing from 1,486 in February to 10,551 in September, according to UN data.

This new influx of mainly Muslim asylum-seekers from Syria, Afghanistan, Iraq and Pakistan is being met with increasing hostility. Government plans to relocate thousands of refugees to the Greek mainland and other parts of the country to ease overcrowded migrant camps on a host of Aegean islands are being challenged.

Just this week, mobs of angry protesters in Giannitsa, another city in northern Greece, took to the streets, blocking buses that had been charted by the state to resettle hundreds of migrants and their families. On the Aegean island of Kos, the mayor led hundreds of locals in a march to barricade the port and block hundreds of migrants from being shipped there. And on another tiny island, Leros, local leaders took to the streets, vowing to evict migrants living on side streets and in abandoned homes if the government fails to act.

Unlike the open-arms migration policy embraced by the previous leftist government, the newly installed conservative administration of Prime Minister Kyriakos Mitsotakis is marshaling a tougher stance.

It has vowed to deport some 10,000 migrants back to their homelands by the end of the year. The government has also pulled the plug on free hospital health care for migrants. Most recently, parliament pushed through new asylum regulations that make it tougher for refugees to seek safe haven here.

But the government's new approach to immigration has given rise to huge public debate, dividing even Mitsotakis' own government.It has also underscored centuries of lingering Greek unease and resentment. The country traditionally links Islam to its 400-year domination by the Ottomans and its historic enemy, Turkey.

Politicians have weighed in loudly. "Greeks shouldn't have to adapt their way of life to accommodate immigrants," Konstantinos Kyranakis roared from the backbenches of parliament this week, in a heated exchange over the Diavata cookout. The lawmaker, among the prime minister's closest advisers, later doubled down and posted a picture on Facebook featuring himself and friends eating pork and drinking beer.

Weeks prior, another conservative lawmaker, Constantinos Bogdanos, made a blunter assertion. He said record inflows of refugees entering Greece "bore the hallmarks of an enemy invasion," and that Western civilization was at "serious risk of being diluted" by symptoms of so-called creeping Sharia, including women wearing headscarves and mosques.

Is the government providing cover?

Critics warn that Greece's hard-line shift in migration could feed into the hands of reactionary forces, giving nationalist groupings like the one in Diavata cover to target and intimidate migrants.

Police and government officials contacted this week insist they will challenge hate crimes or any form of violent action against migrants. Ahead of Sunday's barbecue, authorities in Diavata are already mobilizing forces to fend off potential attacks.

Nonetheless, human rights experts say Greek actions against the social inclusion of Muslims pale in comparison to the intensity of violent cases recorded elsewhere in the European Union. In the German city of Leipzig, for example, far-right extremists recently sent death and arson threats to day care centers that had announced plans to remove pork from their menus. 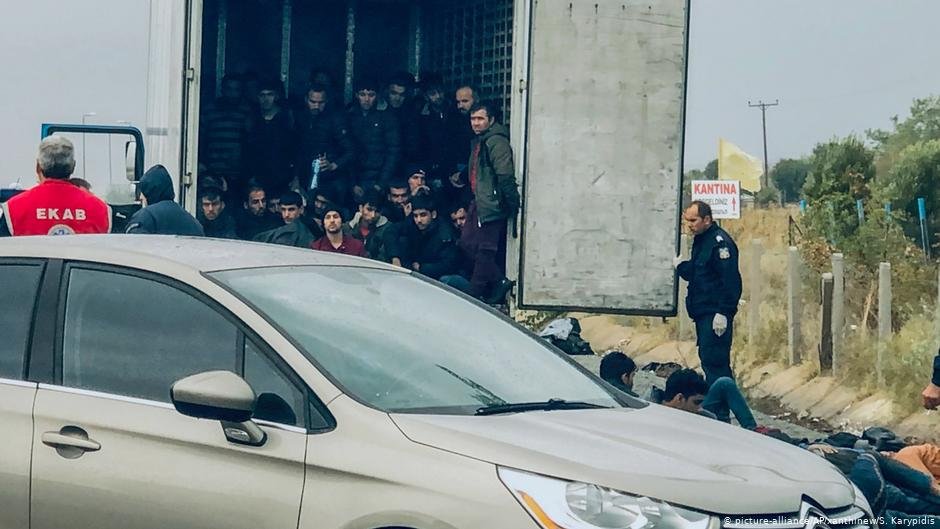 Despite rising Greek animosity, migrants continue to arrive. Just this week, police found 41 people alive in a refrigerated truck that they had stopped in northern Greece after it illegally transported the individuals over the border from Turkey.

Athens had previously warned that the country would face a new humanitarian crisis if refugee numbers grew to over 100,000 — a count registered by authorities this week.

"It's no longer just about numbers," said Manolis Kottakis, a leading political analyst. "There is a huge disconnect between the veneer of ongoing efforts to accommodate these people and local societies that are boiling in opposition."

"It has to be addressed," he said — otherwise Diavata may just be the start.