Reports of ‘secret migrant deal’ between Malta and Libyan authorities

Malta has signed a ‘secret deal’ with Libyan authorities to intercept migrants before they reach Maltese waters and take them back to Libya, the ‘The Times of Malta’ has reported. The Maltese government denies the charge.

The Times of Malta (TOM) article starts with the words “Exposed.” Their title picture shows a man they allege to be working in “an undisclosed position,” in the Office for the Prime Minister of Malta; his name is Neville Gafá and in the photo he is “sitting in” on a meeting in June alongside a Colonel from Malta’s Armed Forces (AFM) and the Libyan deputy prime minister, Ahmed Maiteeq.

TOM writes that this meeting is thought to have been just one of several over the past year, leading to a “mutual cooperation” agreement. Under the deal, the AFM is said to be “coordinating with the Libyan coastguard to intercept migrants headed towards the island and returned to the war-torn North African country.”

The Maltese government has not directly commented on these allegations, but a spokesman for Prime Minister Joseph Muscat reportedly told TOM that “Malta always acts in accordance with applicable international laws and conventions.” 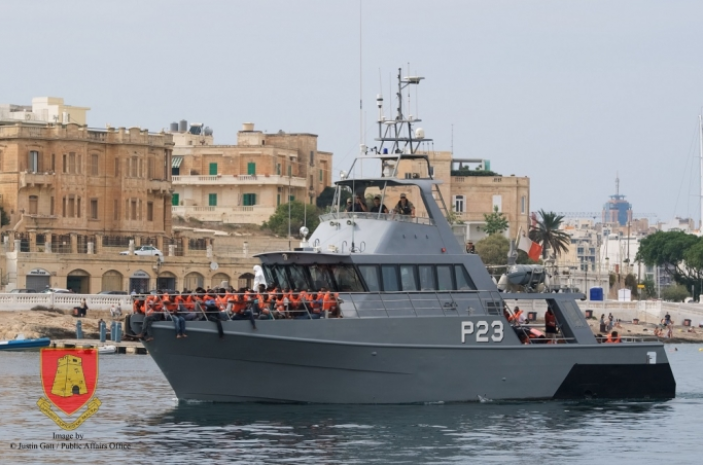 Talks may have begun a year ago

But Malta may not be acting within the “applicable international laws,” according to the article. Furthermore, this agreement has been in existence for some time. TOM quotes a “senior government source" who claims that “talks between Mr Gafá, the AFM and the Libyan authorities on the subject of cooperation first started around a year ago.”

The unnamed source is quoted as saying: “We reached what you could call an understanding with the Libyans. When there is a vessel heading towards our waters, the AFM coordinates with the Libyans who pick them up and take them back to Libya before they come into our waters and become our responsibility.”

Alarm Phone, the hotline for migrants in distress at sea, says that some of these Libyan pick-ups are also happening within the Maltese search and rescue zone. On October 18, Vincent Cochetel, UNHCR’s Special Envoy in the Central Mediterranean region retweeted a message from Alarm Phone calling one incident “a clear violation of international law.”

BREAKING: so-called Libyan coastguard intercepts boat from Maltese #SAR!
At 21:32 CEST we talked to the coordinating authority, RCC #Malta, who told us that the LYCG had intercepted the boat from Maltese SAR at 34°47’N, 012°37’E - a clear violation of international law! pic.twitter.com/Agh0S6vIOE

In reaction to the Times of Malta article and a second one in the the Italian daily newspaper La Repubblica at the weekend, Alarm Phone said that they were “not surprised” to hear of the alleged cooperation between Malta and the Libyan authorities.

They added in English: “This prevents people escaping from a war zone to reach a place of safety in Europe and violates international human rights conventions.”

Although this comes as no surprise, it is now confirmed that #Maltese authorities coordinate interceptions at sea in collaboration with #Libya. This prevents people escaping from a warzone to reach a place of safety in #Europe and violates international human rights conventions. https://t.co/blhaTT3CJ3

A German television report on the state channel ARD on November 7 appeared to reinforce some of Alarm Phone’s statements. It has footage from an incident which took place at the end of October apparently showing a Libyan militia speedboat with a mounted machine gun and masked personnel trying to intimidate and hinder a rescue of migrants by private rescue organization Sea Eye’s boat, "Alan Kurdi". The Libyan militia fire into the air and water and come back and forth several times, picking up some migrants who then jump off their boat in the hope of reaching the "Alan Kurdi".

One Nigerian man, named Roland, says “We shouted out over and over again, we don’t want to go back, we don’t want to return to Libya. I was the first to jump off [the Libyan militia boat]. I swallowed a lot of water and I nearly lost my life.”

'Acting on behalf of the state'

A representative from Sea Eye, Gordon Isler, said that he was sure that the unidentified Libyan militia were “acting on behalf of the state.” He said that Sea Eye had, told the Libyan authorities the coordinates for their rescue, in accordance with rescue procedure, and shortly afterwards the speedboat turned up. There were also other identifying marks on the boat suggesting it was from one of the coast guards operating out of Zuwara. 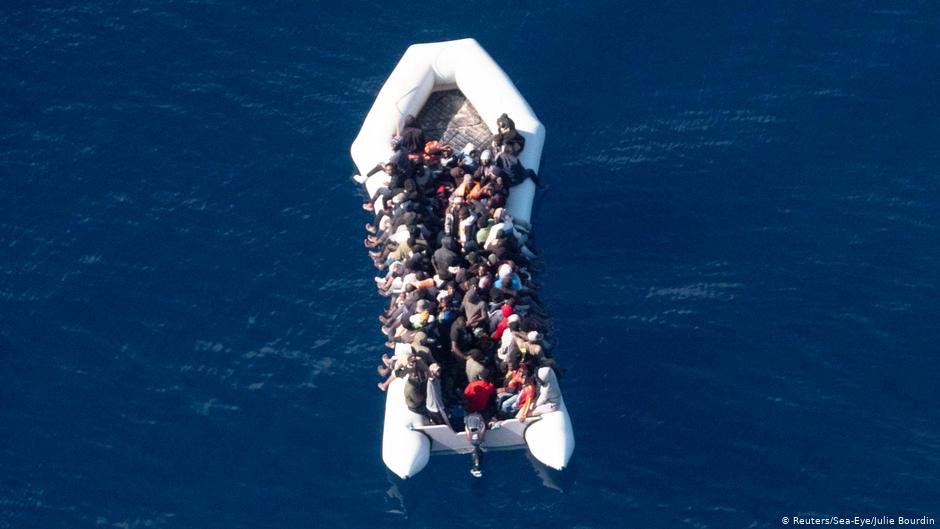 Citing the October 18 incident, the ARD's Monitor report says Libyan authorities clearly acted within Maltese waters and not in their own designated search and rescue zone. The operation was “coordinated by European officials,” it claims. The ARD and Alarm Phone say that a wooden boat carrying 50 people sent out an emergency appeal. Malta was responsible for the coordination. Monitor says “at 14.39 the Organization Alarmphone sent the emergency signal and the ship’s coordinates to the Maltese.” They say that “hours passed,” with no answer. Alarm Phone continued to send updated coordinates. They say there were several civilian ships nearby, but apparently none was asked by Maltese authoirities to help.

Confirmed by the Maltese authorities?

Monitor quotes Maurice Stierl from Alarm Phone. “After a certain point they just stopped reacting to our calls and emails. They refused to give us an update about what was happening to the boat or whether or not a rescue operation had been launched.” Then, says Monitor, “at 21.30, almost seven hours after the first emergency call, the Maltese authorities apparently did answer.” Monitor re-enacts this call which they suggest was between AlarmPhone and the Maltese search and rescue coordination office. 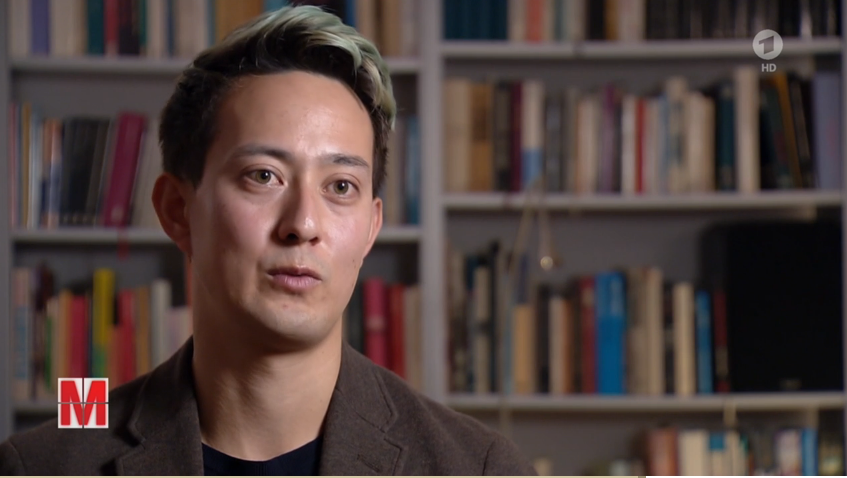 AlarmPhone: “Good Evening, this is the Watch the Med Alarmphone. I am calling because I wanted to ask if you have any further information about the emergency that we passed on to you. The red-blue wooden boat.”

Presumed Maltese authorities: “I can confirm that this boat was rescued by the Libyan coastguard.”

If this phone call were to be confirmed, according to Professor Alexander Proelß, a specialist in maritime law and human rights at the University of Hamburg, Malta would have essentially abdicated its responsibility in its own search and rescue zone for the upholding of human rights. That, he says, is “highly problematic.” 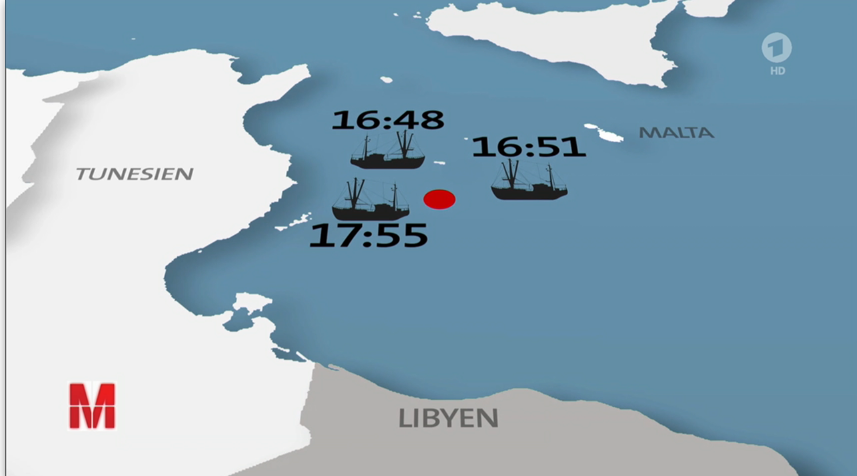 The Maltese authorities have not provided a statement regarding this allegation. TOM says that UNHCR in Rome have asked them to explain this, and other, incidents and are still waiting for a response.

Cooperation with the Libyan authorities

Whatever agreement may exist, it is a fact that the EU and the Italian authorities are also working in various capacities with the Libyan authorities in order to stem migrant flows across the Mediterranean.  The EU Emergency Trust Fund for Africa is already in the second phase of its “support to integrated border and migration management in Libya.”

In this phase of the project, which accounts for 45 million euros in funding, the stated aim is to “develop the overall capacity of the relevant Libyan authorities and strengthen institutional reform in the areas of land and sea border control and surveillance.” 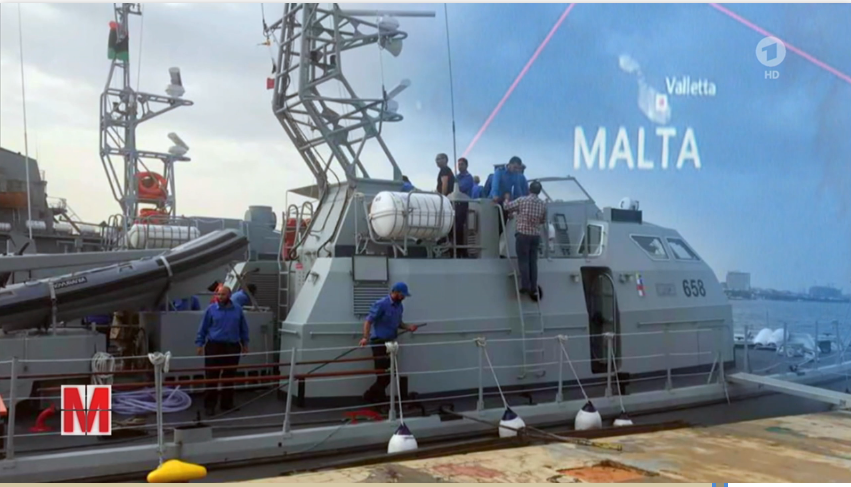 The Times of Malta quotes an unnamed government spokesperson who says “without an agreement, the island would have been ‘drowning in migrants’ by now.” The combined policies of Italy, the EU, Malta and the Libyan authorities have meant that the numbers crossing the central Mediterranean route have significantly reduced, from 120,000 in 2017 to 23,000 in 2018. In 2019, numbers have declined even further.

The UNHCR and other non-governmental organizations continue to insist that there are "no safe ports in Libya" and that returning migrants to Libya is against all human rights conventions. In September, however, the EU extended its cooperation with the Libyan authorities for a further six months while naval operations run directly by the EU remain halted.