'Lots of work left to be done': Merkel and Conte talk about migration

During a meeting in Rome, Germany’s Chancellor Angela Merkel and Italy’s Prime Minister Giuseppe Conte discussed the role of Libya’s controversial coast guard and the distribution of migrants across the European Union. Both called for increased cooperation among EU member states.

German Chancellor Angela Merkel said on Monday that Libya’s controversial coast guard could do better in its attempts to rescue migrants in the Mediterranean. The training of Libya’s coast guard is "of great importance," she said while on a trip to Rome.

"It's necessary to ... make perfect things out of the imperfect, for the good of the people affected by those situations," she continued, speaking ahead of a forthcoming conference with African countries intended to address migrants reasons for leaving their countries of origin.

Despite its record of abuses, Libya’s EU-funded and -trained coast guard is the bloc’s preferred partner to prevent migrants from reaching European soil. Having intercepted some 20,000 people in 2017 alone, the coast guard in the Mediterranean is efficient; it is not as good, it seems, at abiding by international human rights conventions.

Libya is one of the main transit countries for migrants seeking passage to Europe from Africa. The European Union supports Libya's attempts to return people intercepted at sea to the war-torn country, where they are at risk of becoming victims of the ongoing civil war, torture and slavery in refugee camps.

The distribution throughout the EU of migrants rescued at sea remains a problem, Merkel said.

"There's still a lot to do to arrive at a fair distribution of responsibility throughout Europe," Merkel said, adding that more states willing to take refugees were needed. "We can't keep discussing it again and again on a ship-by-ship basis," she said.

Both Merkel and Italy's Giuseppe Conte said several agreements were necessary to achieve an orderly and fair distribution of migrants salvaged in the Mediterranean Sea. During the latest meeting of EU member states in Malta in September, Merkel said, that the first steps in the right direction had been taken.

The agreement, however, has still not been put into practice. As a result, NGO vessels with rescued migrants on boad still have to wait for days for a safe harbor. Still, Merkel stressed that in no case may Europe let the Mediterranean states down.

Conte said he was hoping that significantly more countries would join the alliance and take in migrants. Eventually, all EU states should join, Conte said. He thanked Germany for always supporting Italy in this regard.

Both heads of state also talked about fighting the causes of flight and migration as a longer-term strategy. To that end, political and economic stabilization in Libya and other African states was needed. 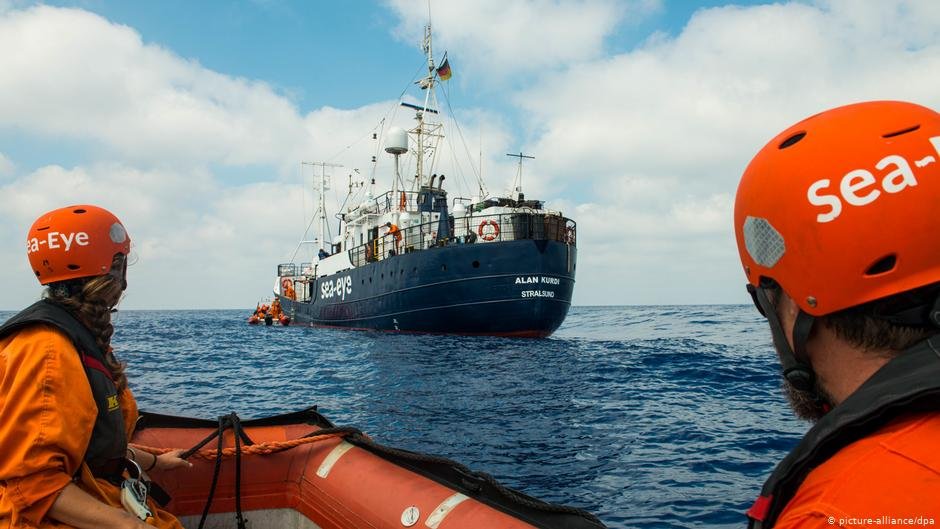 This coming week, Conte will participate in the "Compact with Africa" in Berlin. The goal of the gathering is, partly, pacification and stabilization in Libya and other African states.

Solving the migration crisis with Libya requires international cooperation under the leadership of the United Nations, Conte argued.

Merkel and Conte's meeting was the first the two leaders had held in Rome since the Italian government changed in late summer. However, representatives of the German and Italian governments have been talking throughout the period on the thorny issues surrounding migration and Berlin has pledged several times to take in some of the migrants rescued by private rescue organizations and landed in Italy.

The new center-left government of the Five-Star Movement (M5S) and the Social Democrats is considered much more pro-European than the previous coalition, of the M5S and the far-right League party under former Interior Minister Matteo Salvini, which fell apart in August.

The non-partisan Conte also led the previous government, but much of the foreign policy and most of the issues concerning migration came under the control of the former Interior Minister Salvini.