Conditions in the Vucjak refugee camp in the northwest of the country are dire. The makeshift camp, which was put up in the summer, is dirty, unhygienic, and everything is in short supply as winter approaches. 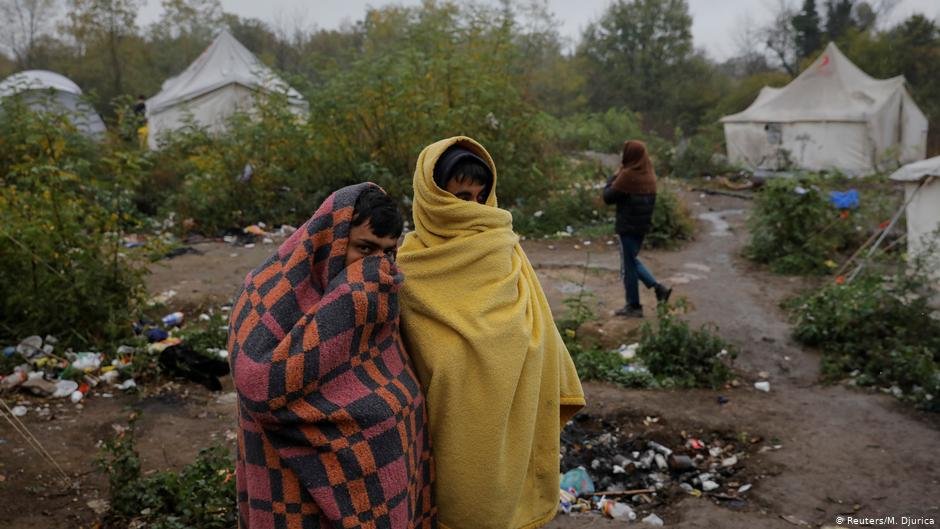 When all you feel is the cold

The end of October brought a foretaste of the cold season to Vucjak refugee camp. Temperatures in Bosnia have already dropped to well below 10 degrees Celsius. Most migrants are not equipped for the cold; they're reliant on donated clothes and blankets. Some don’t even have a sturdy pair of shoes. 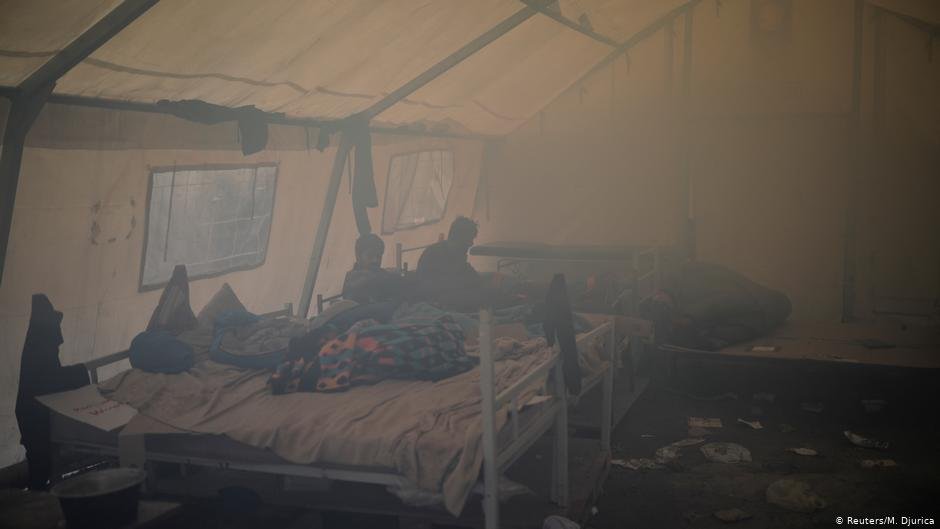 Smoke poisoning, or freezing to death

To warm themselves just a little, the Syrians, Afghans and Pakistanis who are stuck here collect firewood to heat their accommodation. They are forced to choose between constantly freezing in a tent of thin tarpaulin, or risking respiratory problems. 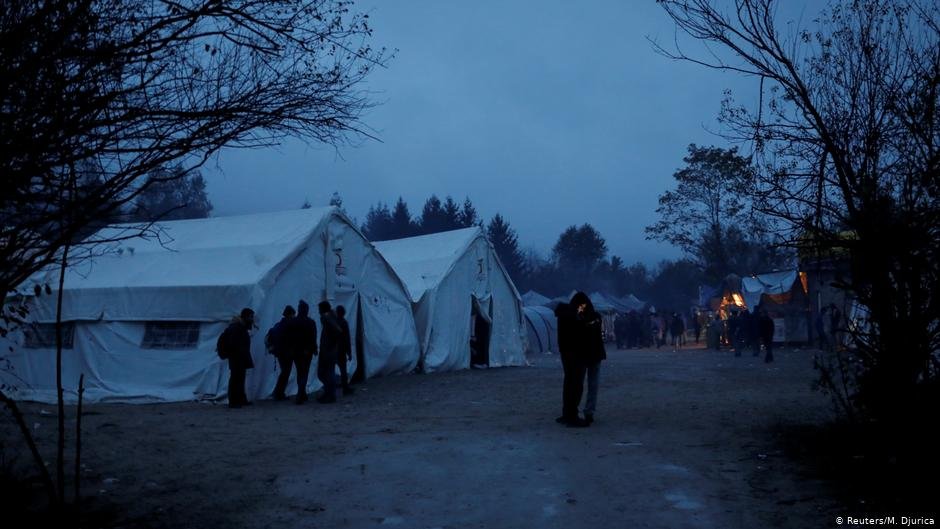 Living on a rubbish tip

Vucjak was created in June out of sheer necessity. There are only around 7,000 - 8,000 migrants in Bosnia-Herzegovina right now, but the majority are stuck in the northwest of the country near the small town of Bihac. All the camps were full to overflowing, so Bihac erected the improvised camp on a former landfill site. It doesn’t meet the standards required by international organizations. 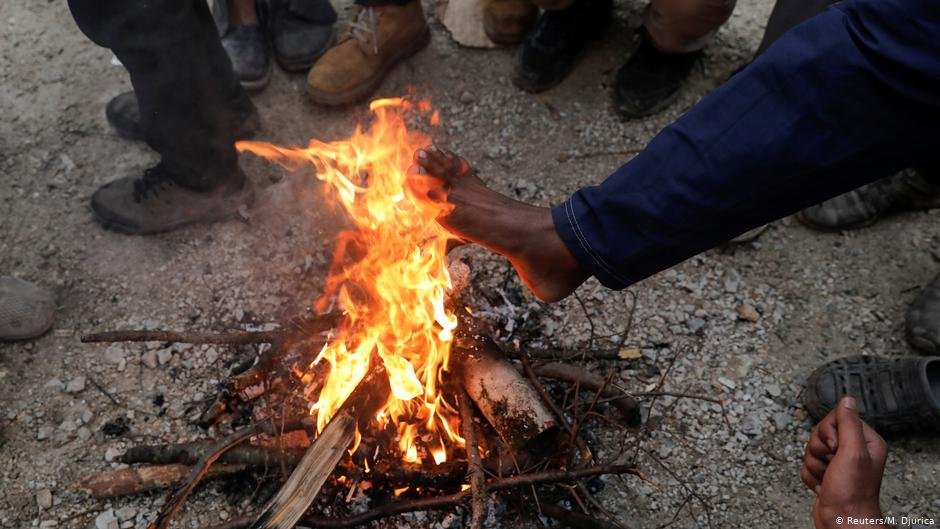 Aid organizations are urging the Bosnian authorities to close Vucjak and provide the migrants with better accommodation. "If people spend the winter there, there will be deaths — within a few days or weeks," warns Peter Van der Auweraert, Western Balkans Coordinator of the UN’s International Organization for Migration. 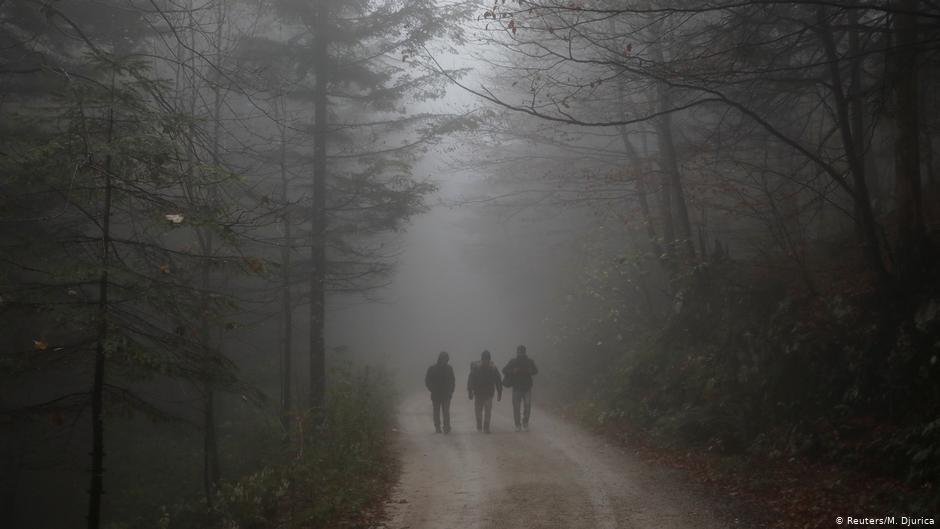 Vucjak is only about 8 kilometers from the border with Croatia. Many refugees try to cross into the EU illegally through the unfenced border areas. Many don’t succeed; they end up coming back to the camp, like these three men from Syria. They’re better off sticking to the road — this area is full of uncleared landmines left over from the Yugoslavian wars of the 1990s. 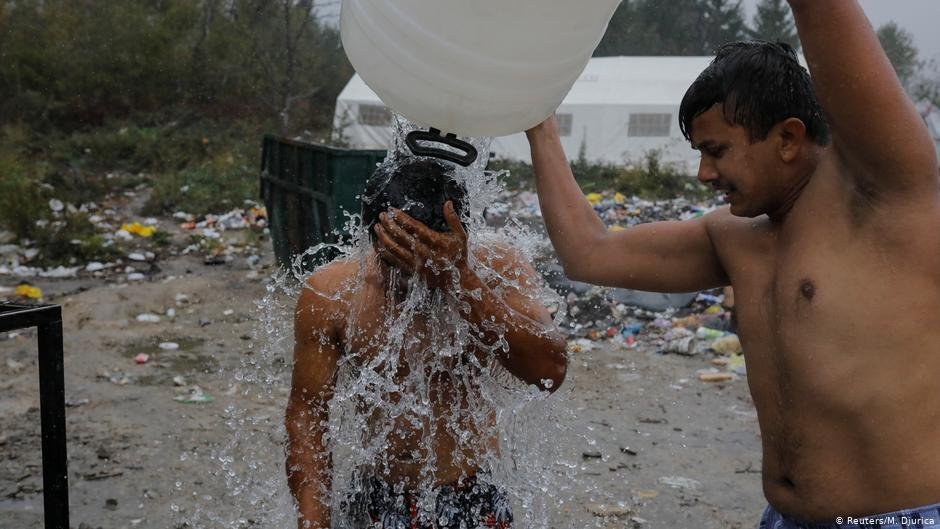 Cold water from a canister is all there is in Vucjak. The hygiene situation is disastrous. Diseases, like scabies, are spreading. What medical care there is, is rudimentary. People are only taken to hospital if they have a really serious disease or injury. 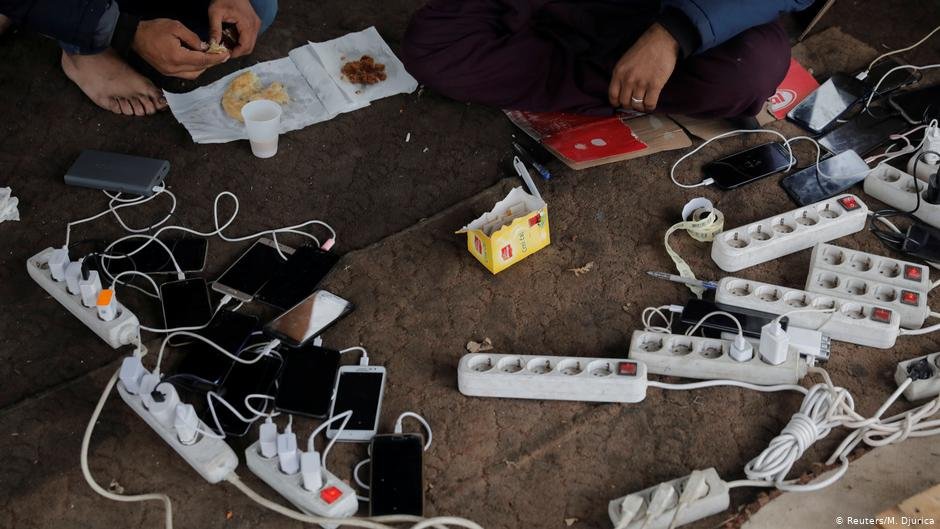 Connection with the outside world

Both water and electricity are in short supply. Anyone who still has a cellphone, though, is lucky. Many refugees say their phones were destroyed or stolen by Croatian policemen at the border. Croatia denies the accusation. A cellphone is a migrant’s most important possession — with it, they are able to stay in contact with their families and friends, and organize their escape route. 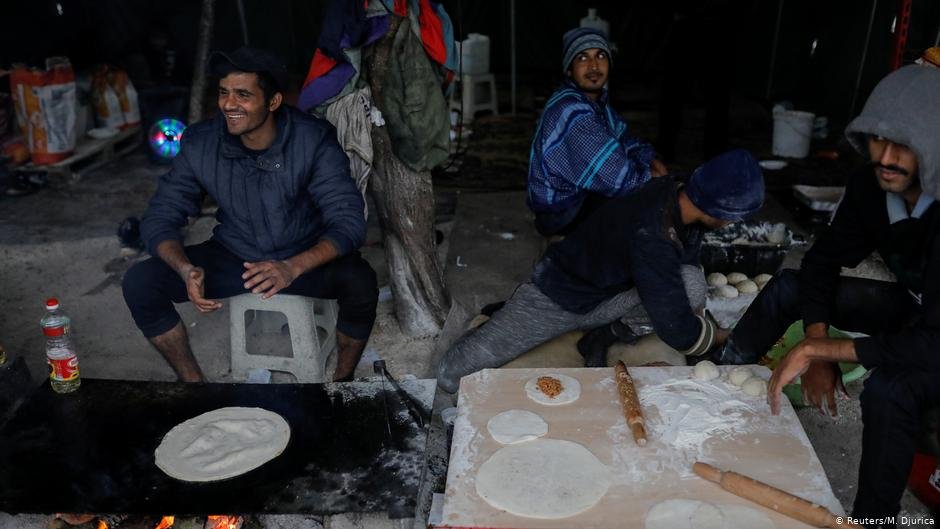 A little piece of home

These men are trying to make the best of the little they receive in Vucjak. They're baking flatbreads, the kind they eat at home. The Red Cross supplies food, but it's often only enough for two meager meals a day. In the summer, the head of the Red Cross, Selam Midzic, accused the central government in Sarajevo of abandoning the region and leaving it to deal with the migrants on its own. 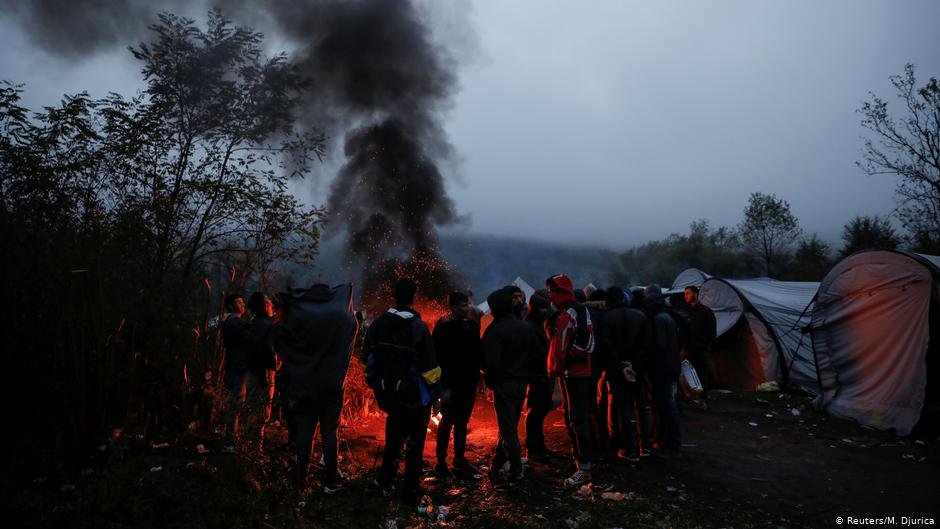 Sticking together — and longing to get away

A fire alone is not enough to keep body and soul warm. These people want to get out of Vucjak as soon as possible. "I saw buildings for animals in Slovenia and Croatia that were better than this camp," says a man from Afghanistan. "This isn’t a camp. This is no place for humans."