In Slovenia, a 'shameful' fence at the Croatian border (1/3)

Since 2015, the Slovenian government has been erecting a barbed wire fence along its southern border in an attempt to stem the flow of migrants from neighboring Croatia. Residents of nearby Slovenian villages are not happy about the barrier, which they say damages the landscape and does not prevent migrants from crossing.

"Who likes waking up in the morning to barbed wire outside their window?" Rudy still can't get over it. A resident of Slavski Laz, a village tucked in the Slovenian mountains on the border with Croatia, he cannot figure out why the government has built a barbed wire fence here on the edge of the Kolpa River.

"They say this fence was made to protect us ... but to protect us from what? I'm not afraid of anything," Rudy continues. The retiree, who has lived for years in this still largely wild region, is not at all convinced by the government's argument of a "migratory invasion" to justify the construction of this metal barrier.

"The migrants here, they are passing through, that’s all," he explains. "They transit through Slovenia and then head for other countries, generally to northern Europe."

Rudy's friends nod their agreement. They are sitting at a table in the only café still open at 7 pm in Kostel, a village of fewer than 650 inhabitants not far from one of the few roads linking the country to Croatia. According to them, the fence is useless; it mars the landscape and its deterrent role is largely overstated. "They say that the barbed wire will prevent the passage of migrants ... but everyone passes through anyway," says Marco, a friend of Rudy's who lives in the nearby village of Fara. The group bursts out laughing at this last remark. 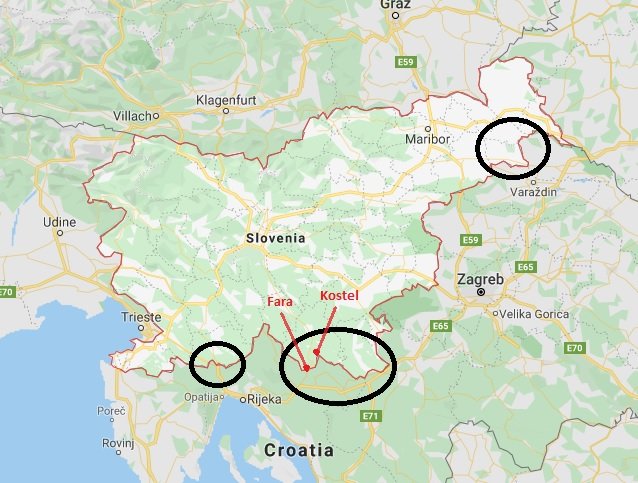 "For example, right now, with winter and strong [river] currents, the shores are muddy, porous, so the ground is moving, the fence is collapsing. Migrants who want to pass don't even need to exert themselves, they just have to step over it," Marco continues laughing. "There are places where furrows have been made. They can also pass under the barrier!"

Nearly 14,000 migrants have crossed the border since the beginning of the year –70 percent more than during the same period last year, according to Slovenian police. "These fences are not a magic bullet but they help us," says Viljem Toskan, a Slovenian police commander. 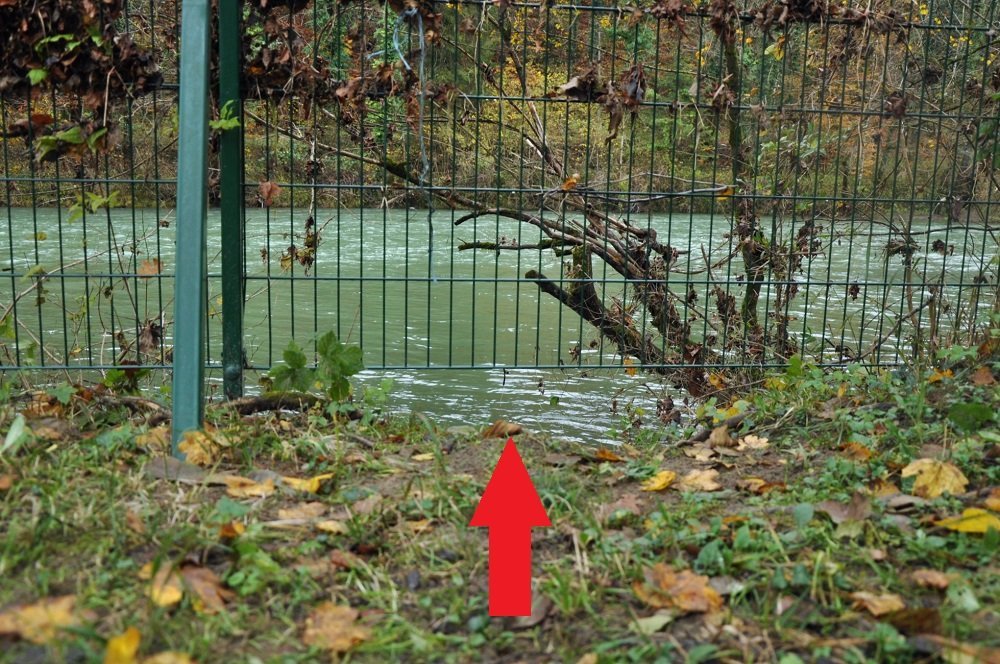 Khaled, an Eritrean asylum seeker who is now in Ljubljana, tried to cross the Slovenian border three times before successfully entering the country. He remembers the fence very well. "I crossed the border in May, somewhere towards Ribnica. I remember that once the river was crossed, we had to pass through the barbed wire. So I climbed up, I tore my hands, they were full of blood, but I got through,” he says.

Beyond the dangers, Rudy, the villager, sees the line of barbed wire as a "fence of shame" which, according to him, stigmatizes migrants. "We see families coming, sometimes children. I don't see how they are enemies," he says.

"This barrier is the beginning of hell," says a young woman who, in turn, lists the dangers that await migrants just after crossing it: The mountain — "very dangerous when you get lost," the "freezing" temperatures and the numerous bears. "Sometimes you hear screams up there. They are migrants screaming to scare the animals,” she adds.

In recent weeks, two migrants drowned in the Kolpa and another was found dead from cold and exhaustion in the forest. 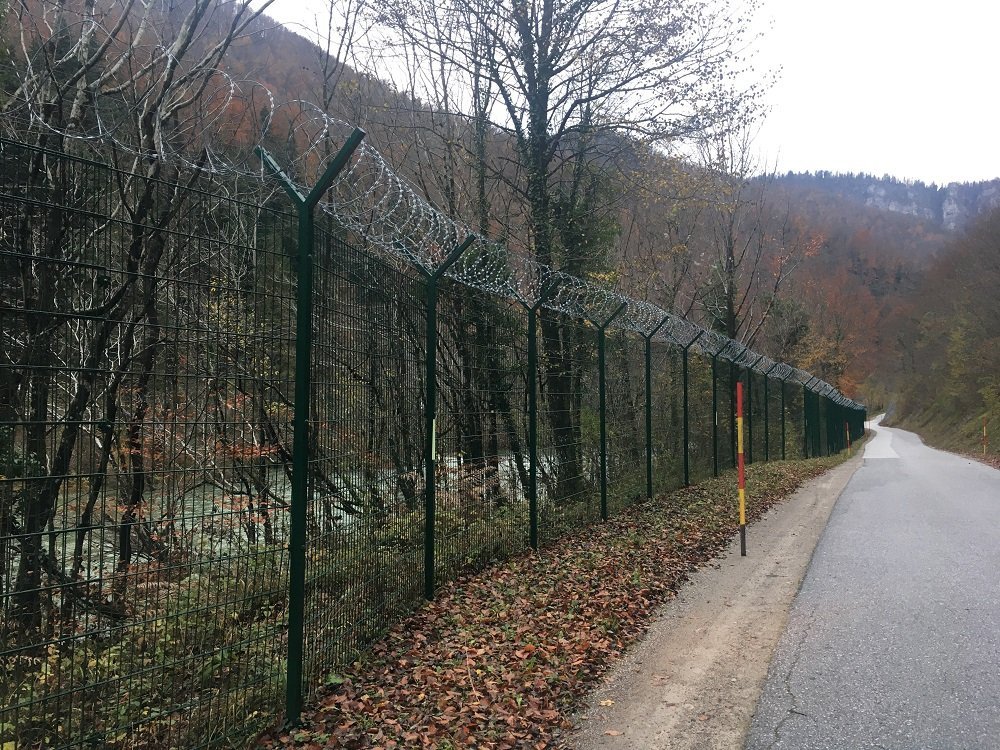 Above all, migrants need to avoid police patrols. "At night, when we attempt the crossing, we see the lights of the flashlights behind the fence. The police are everywhere. That's what scares us the most," Khaled says. "We do everything we can to avoid them. When the police catch you, they send you back to Croatia. They rarely take you to the capital to seek asylum.”

"It's shameful. There are the police, the army, now this fence and there's even a militia," says Katarina Bernad Sterva, director of the Slovenian Refugee Aid Association (PIC), who is in despair at the situation at the border.

In recent days, militias in military fatigues, faces hidden under black hoods, have also been patrolling the Kolpa River. Led by the far-right leader Andrej Sisko, this militia is intended to be a "reinforcement" to the regular army to "defend the border" and intercept migrants. "We are the entry point to the Schengen area," Sisko says. "We want to send a message. We want to tell foreigners to stay home. The fence is fragile, it does not stop the migrants so we come to patrol the river ourselves".

Since the beginning of the year, more than 8,000 forced returns -- also known as pushbacks -- have been made from Slovenia's borders, affecting nearly 70% of irregular entrants into the country, authorities say. 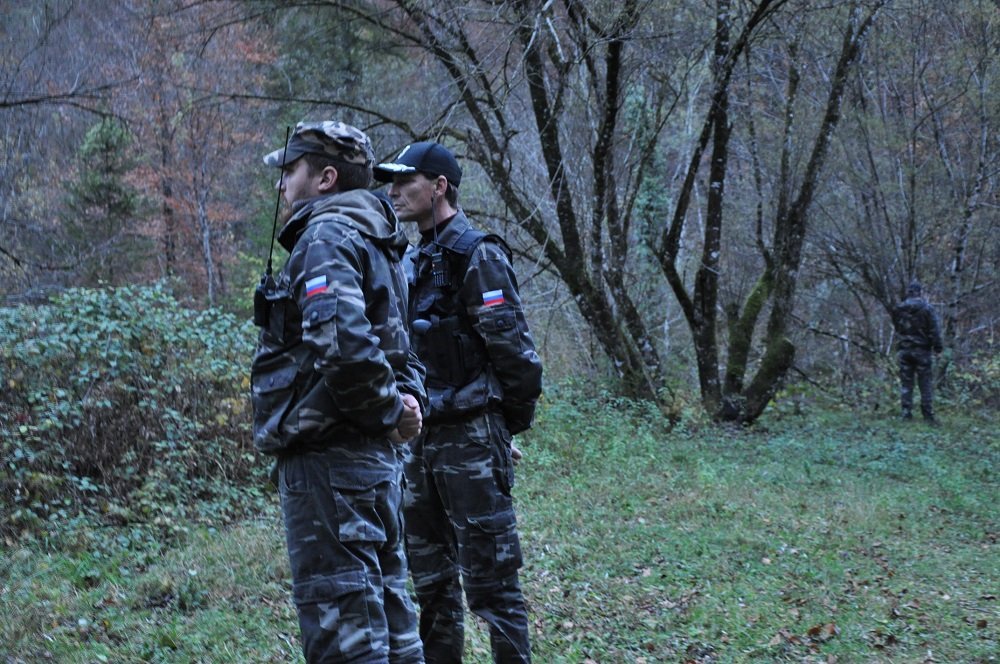 Sisko's militia has no legal mandate. And the villagers seem to be having trouble explaining their presence.

While some laugh when they go by -- "It's a carnival when they're there," we heard here and there in villages on the border -- others like Bernad Sterva look at this parallel army with growing concern. "What frightens me is that they exist,” she said. “Publicly, the government has condemned their actions, but in practice, the authorities do nothing. These men are crazy.  We expected a strong reaction from the government, we expected an announcement of the dissolution of these patrols."

When queried by InfoMigrants, the police remained silent on the subject. "I have nothing to say about these men. They do not have the support of the police," says Vicjem Toskan, one of the chief commanders of the Koper police in the west of the country.

Tonight in Kostel, the friends in the café wondered mainly about the fate of the migrants caught by this far-right militia. "We already have the police and army to intercept migrants. We have a fence to prevent them from continuing their journey. What are they going to do to them at night in the mountains?" Rudy frets.

"They wear masks, they walk in the forest. I am more afraid of them than of immigrants crossing the river," whispers a young girl at the end of the table. "If I were a migrant, I really wouldn't want to run into them." 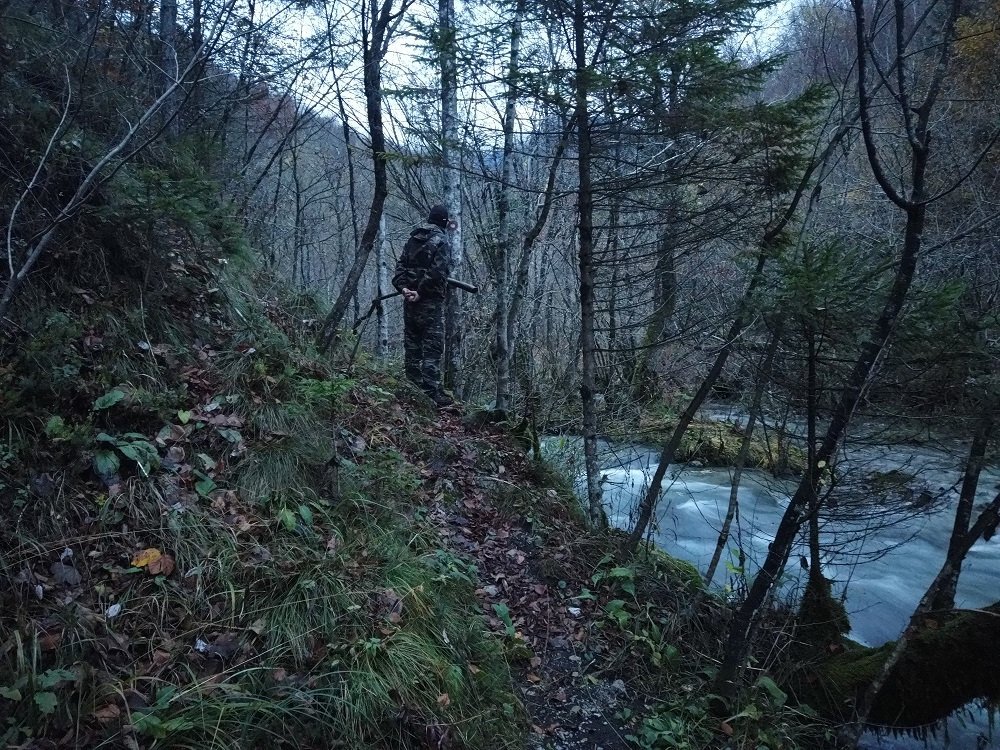