Seeking refuge after daring to choose love in Afghanistan

In Afghanistan, persecution of women forced into abusive marriages is a daily reality. A few manage to escape, and seek protection in Europe. One young woman was recently given refugee status in Belgium because her family had threatened to harm her. Her ‘crime’?: Falling in love.

When the Afghan Parliament passed the law on the Elimination of Violence Against Women, human rights activists celebrated -- it would no longer be possible to get away with crimes against women such as rape, acid attacks or forced marriages. Those illusions quickly faded, and ten years later, being married off as a child, forced to marry to settle a family debt or threatened with "honor killing", despite being illegal, continue to happen to Afghan women every day.

Forced marriage and underage marriage are called "harmful traditional practices" in United Nations statutes. They are against international law, as well as Afghan law, and are among the grounds to be granted refugee protection.

In Europe, however, seeking asylum from the threat or the experience of a forced marriage is not straightforward. In some cases, authorities lack knowledge about rights abuses of women and girls in Afghanistan, or have been unwilling to accept that a woman would be at risk of abuse or forced marriage if she were sent back.

It often comes down to the qualifications of the decision-making authority, says Abdul Wahab Wahedi, a lawyer based in Darmstadt, Germany. "Occasionally there are cases where they will say to the woman, 'I don't believe you, it can't be that bad'."

In 2017, the world learned about Gul Meena, a young Pashtun woman who had narrowly escaped a brutal "honor killing". We saw pictures on CNN and in the papers of her face mutilated with an axe by her own brother. Gul Meena had been married off in Pakistan at the age of 13, becoming the third wife of a man who beat her daily. When she told her family what was happening, they beat her too.

After years of abuse, she met a young Afghan man and escaped to Jalalabad, across the border. Days later, her brother tracked her down and smashed her head and body with an axe, after killing her friend. Gul Meena spent two months in hospital before moving to a women’s refuge in Kabul. Her family had disowned her. Five years later, at the age of 18, she packed her few belongings and traveled to Sweden to start a new life as a UN quota refugee. 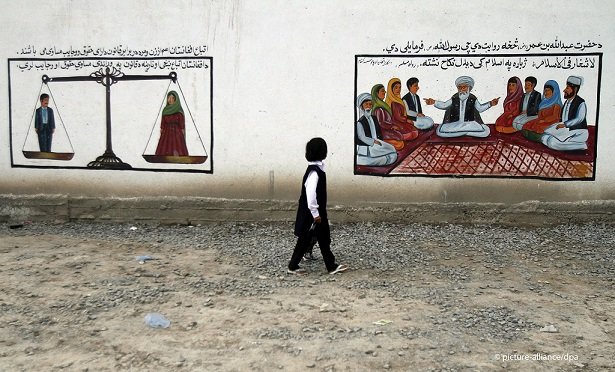 Gul Meena was able to register for UN protection in Pakistan. But most women in Afghanistan have no way to apply for asylum, and no way out. A relatively small number manage to escape and make the dangerous journey to Europe to seek protection. One of them was Rula (an assumed name). She arrived in Denmark in 2015 having managed to escape the threat of a forced marriage in Afghanistan.

After her husband was killed, Rula had been forced to work as a servant for his uncle (whom she believes was his killer). The uncle raped her and was violent towards her. When his wife died, he wanted to marry Rula, and threatened to spread rumors that she had had an affair with another man if she refused.

In Denmark, Rula, aged 25, explained this to the immigration authorities and applied for asylum, but was rejected. It was not until early 2017 that the Danish refugee appeals court agreed that Rula was at risk of forced marriage and abuse if she were returned to Afghanistan, and that she could not be protected by the state. She was finally granted refugee status.

Another young Afghan woman from a rural province had a similar struggle to prove that she should be granted refugee status in Europe. ‘Lima’ (an assumed name) had made the mistake of marrying the man she wanted instead of waiting for the family to marry her off to someone they chose for her.

After that,“things turned ugly very quickly,” according to an account from Asylos, a small charity which helped the lawyers to prove Lima’s asylum case.

Lima and the young man had managed to pay a mullah, a local cleric, to marry them in secret. But her family found out, and started threatening her with violence. She was forced to flee the country.

As Lima’s older brother was living in the Netherlands, she went to join him there, hoping to find protection. But when he learned about her marriage, Lima’s brother threatened to send her back to her family in Afghanistan. Lima then fled to Belgium, desperate to find a place of safety. But under the Dublin rules, Lima wasn’t entitled to claim asylum in Belgium, because she had first arrived in the Netherlands. Her application was denied outright.

Like Rula, Lima managed to appeal the decision, with the help of a legal aid lawyer. As it turned out, the Belgian authorities that had first interviewed her had not known much about the dangers facing Afghan women who go against familial authority. They had not known that Lima’s fear of being returned to her family was well-founded. They had not understood that in Afghanistan, couples who marry for love can face heavy stigmatization by family and society, and can even face criminal charges, be pushed into poverty or become victims of honor killings.

The lawyers finally managed to persuade the Belgian authorities that if returned to Afghanistan, Lima would face violence, abuse and possibly death at the hands of her own family. She was granted refugee status.