A migrant is fighting for his life after being shot by police on Friday, doctors in the Croatian port of Rijeka said Sunday. The unidentified migrant reportedly suffered multiple bullet wounds to his chest.

"The patient was admitted for urgent surgery after sustaining gunshot wounds in the area of thorax and stomach," a doctor at the Rijeka Clinical Hospital Center told news agency Reuters. "He is in a life-threatening condition and intensive medical treatment is continuing."

The incident happened when Croatian police fired on a group of irregular migrants trying to reach neighboring Slovenia. As AP reports, Croatian police said they fired the shots "to protect Croatia's borders."

The Croatian interior minister Davor Bozinovic told media that "police officers were preventing the passage of a group which most probably wanted to reach Slovenia." He further said that one man was wounded probably due to the use of firearms. Bozinovic did not say how many people were in the group or give their nationalities.

The interior ministry said regional authorities would investigate the incident, which took place in the mountainous Gorski Kotar area close to Rijeka, a Croatian port city around 20 kilometers (12 miles) from the Slovenian border.

Croatia, which wants to join the EU's border-free Schengen area, has to convince Brussels that it is able to effectively manage the bloc's external border. This is a particularly sensitive issue since Europe's 2015 so-called migrant crisis.

Croatia is on the so-called Balkan route taken by many migrants from the Middle East and central Asia trying to reach wealthier EU states. Some of those migrants cross into Croatia from Bosnia undeclared. In recent months, more and more refugees and migrants have arrived in Europe via the southern/western Balkan route: EU border agency Frontex registered 8,400 border crossings in the first 10 months of 2019 - an 82% increase compared to the same period last year.

In Croatia's neighboring state Bosnia and Herzegovina, a storm on Friday blew many tents away in a bleak makeshift camp for migrants who are trying to reach western Europe. Migrants staying in the Vucjak camp near the border with Croatia were appealing for help on Saturday after spending a sleepless night looking for shelter. 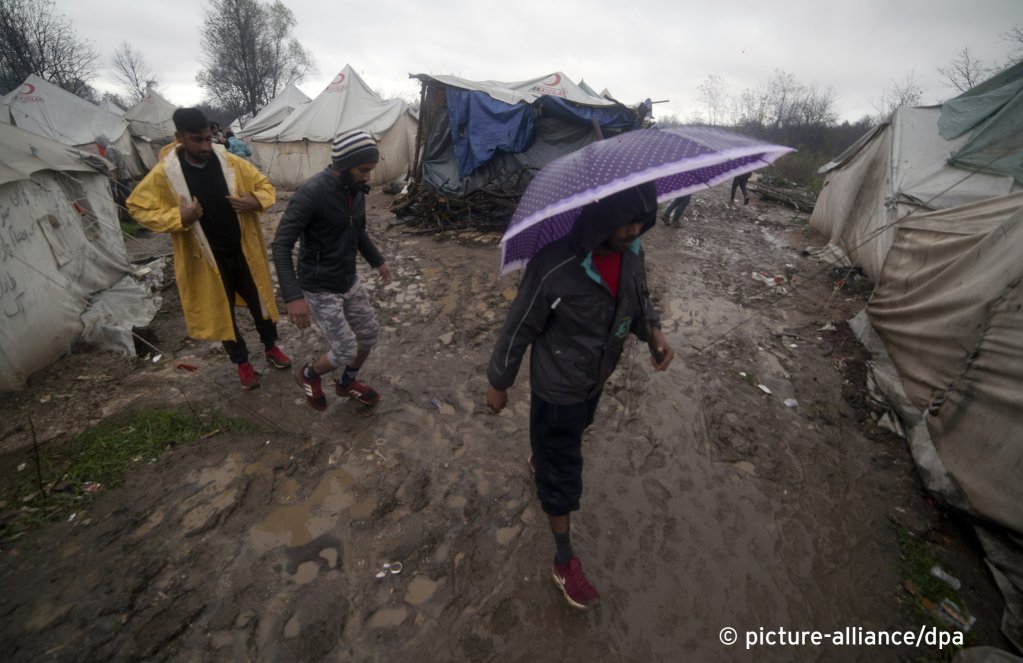 On Friday, hundreds of locals protested against the migrants' presence and demanded the closure of overcrowded refugee camps and the relocation of the migrants from the city area.

The European Union and numerous international organizations have repeatedly called for the closure of the Vucjak camp, which is located on a former landfill and is near a minefield left over from Bosnia's 1992-95 war.

Hundreds of migrants have been staying there with almost no facilities since the authorities in northwestern Bosnia set up the camp earlier this year. Bosnia, which has become a migrant hot-spot since 2018, has repeatedly accused Croatia of returning migrants to Bosnia even when they are found deep in its territory.

This practice called "pushbacks" is prohibited under the Geneva Refugee Convention, which provided the principle of nonrefoulement.