52 migrants in a van tried to forcefully cross the border separating the Spanish overseas enclave of Ceuta from Morocco. The autonomous Spanish cities of Ceuta and Melilla on Morocco's northern coast have the EU's only land borders with Africa.

A van carrying 52 migrants and going at high speed rammed a border barrier between Morocco and Spain to enter the Spanish enclave of Ceuta, officials said Monday.

A spokesman for the interior ministry’s office in Ceuta said the vehicle broke through a metal gate on the Spanish side of the border around 3 in the morning local time. It was not clear whether it had broken through other fences on the Moroccan side.

The official said the 52 migrants were all from sub-Saharan countries. They were only identified as 34 men, 16 women and two minors. Four were treated in a Ceuta hospital for minor injuries suffered in the crossing.

The driver was a Moroccan citizen and has been detained, said the official, who was speaking on condition of anonymity in line with government rules.

It was not the first time that vehicles carrying migrants have crashed through the border but the spokesman said Monday's incident involved the biggest number so far.

Migrants gathered in Morocco normally try to scale the 6-meter (19.5 foot) wire fences that separate Ceuta from Morocco. The last such major attempt to cross the heavily guarded barrier took place in early September, when more than 150 migrants entered the Spanish enclave.

An interior ministry spokesperson said the migrants would be accommodated in a temporary holding center while their expected asylum petitions are examined. Once in Ceuta, the migrants normally apply for asylum or wait for an opportunity to travel to mainland Spain. 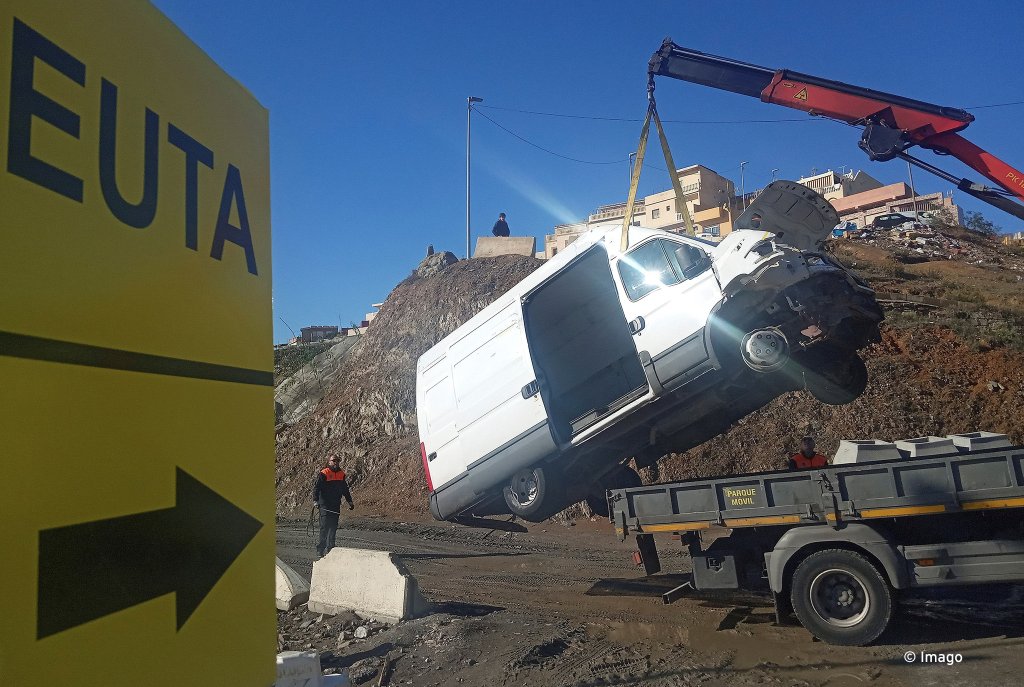 The autonomous Spanish cities of Ceuta and Melilla on Morocco's northern coast have the European Union's only land borders with Africa.

Separated from Spain by the Straits of Gibraltar, they are therefore the only way to enter the EU from Africa without crossing the Mediterranean. As such, they are a magnet for African migrants trying to reach Europe.