Vič, the asylum seeker center in Slovenia where (almost) no one is left (2/3)

A small country of just two million inhabitants, Slovenia has only one center for asylum seekers. The center in Ljubljana can accommodate up to 200 people, but it is rarely full. Most migrants stay only a few days to rest before vanishing 'into thin air'.

Mohamed* is reluctant to learn Slovenian. In a few days, he will be gone, so what's the point of becoming familiar with a language "so little spoken"? Like many asylum seekers in Slovenia, Mohamed, an Algerian national, does not intend to stay in the country. For the time being, he sleeps at Vič, the only asylum seekers' center in the country**. "But tomorrow or the day after tomorrow, I will go to Italy," he explains. "At Vič, I rest. The people are nice. I've been there for two weeks, but I don't want to settle in this country."

Like Mohamed, the majority of migrants consider Slovenia -- and in particular Vič -- as merely a stopover on their journey. "They only stay there for a few days, it's true, usually less than two weeks," says Martin Nedeko, one of the heads of the Asylum Home, the other name for Vič. "There's a huge turnover here. There are always new faces." 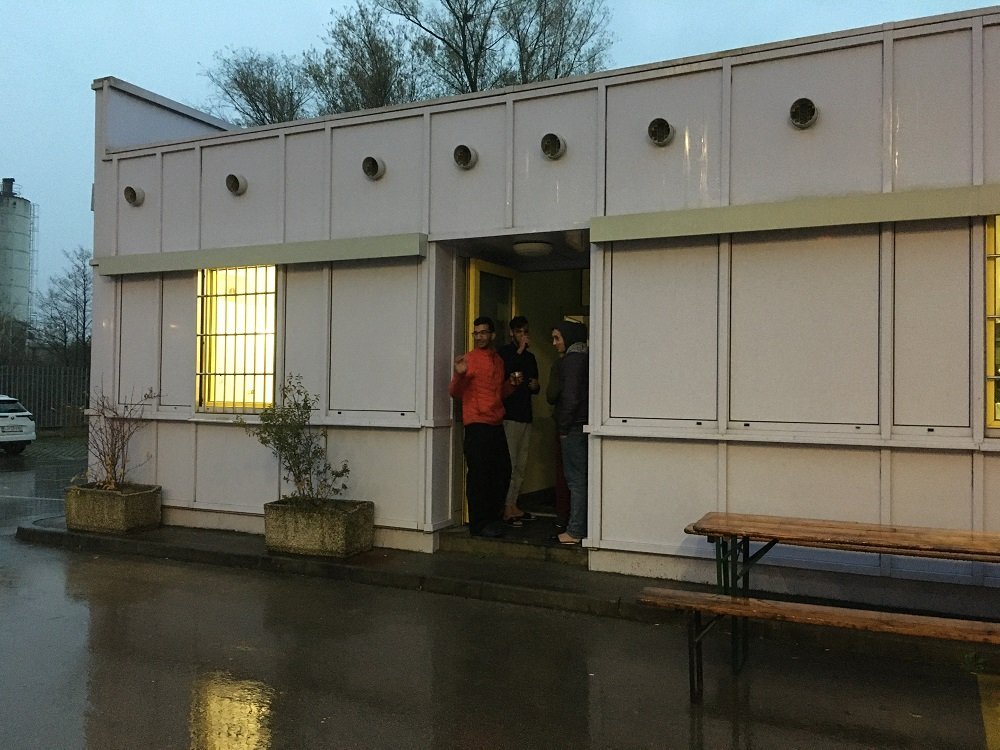 Almost no one wants to stay in a country considered, at best, "unknown", at worst as "dead and boring". But almost all of the migrants that pass through still submit asylum applications, a mandatory administrative step if they are to receive accommodation. "Here, when you apply for asylum, you have the right to a roof, you can sleep in a warm place, and not in the forest. That is a change for us from Bosnia," Mohamed explains. "Applying for asylum in Slovenia costs nothing, and it's the only way to get a bed, a little peace and quiet."


It is also the only way to avoid being deported to Croatia. "Migrants who do not seek international protection have almost no chance of remaining in the country. They are usually arrested at the border and forcibly deported," explains a member of the Filantropijia migrant aid association, whose offices are less than 15 minutes' walk from the reception center. Alternatively, they may be sent to a detention center in Postojna, a few kilometers from the Slovenian capital, before being expelled.

90% of residents "vanished into thin air"

Since the beginning of the year, of a total of 14,000 illegal crossings identified by the Slovenian authorities, more than 9,000 migrants have been sent back to the country they last traversed, usually Croatia, while 4,000 others have lodged asylum applications. 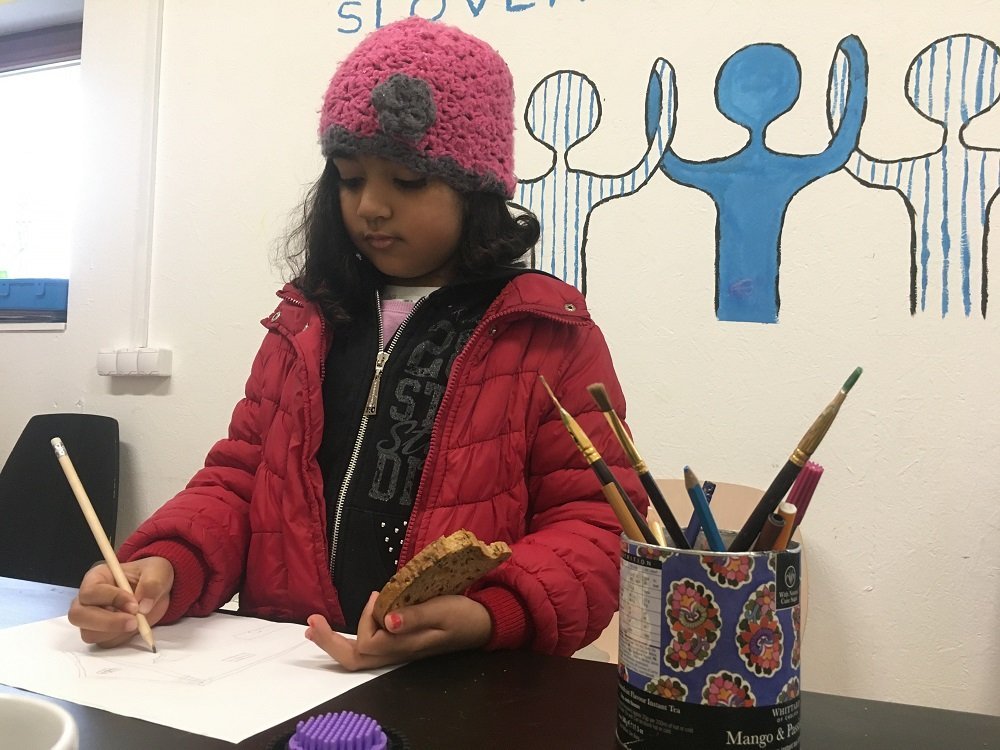 These 4,000 asylum seekers should be at Vič. But the vast majority of them have already left, "vanished into thin air".

"Since January, nearly 90% of the people we have hosted at Vič have disappeared," says Tina Kotar, one of the managers of the facility, which can accommodate up to 200 people. "Generally, they go to Germany, to Austria, but also to France." As a result, Vič rarely runs at full capacity. "Some months we have few people, other months, a little more; right now there are 185 people in the center."

This ongoing rotation of migrants also explains the absence of informal settlements in the country. Unlike the other Balkan states, there are no tent and sheet metal camps in Slovenia. "A camp for to do what?" wonders Mohamed, who had been through the hell of Velika Kledusha, a village in Bosnia where migrants live in terrible conditions. "We sleep at Vič, and then we leave. We're not stuck here," he explains. "At worst, when the Slovenian authorities catch us, they expel us. They do not release us into the wild. They wouldn't let us set up a camp in the country."

Here, the "travelers in transit" are mainly Pakistani, Algerian, Afghan, Iranian, Iraqi, and Bangladeshi. Hardly anyone hides that fact that they plan to leave. They explain that they are at Vič to get their strength back after the difficult crossings of Bosnia and Croatia. "We don't need to whisper. Everyone knows that people don't stay at Vič," says one Pakistani, laughing as he walks down the hall. 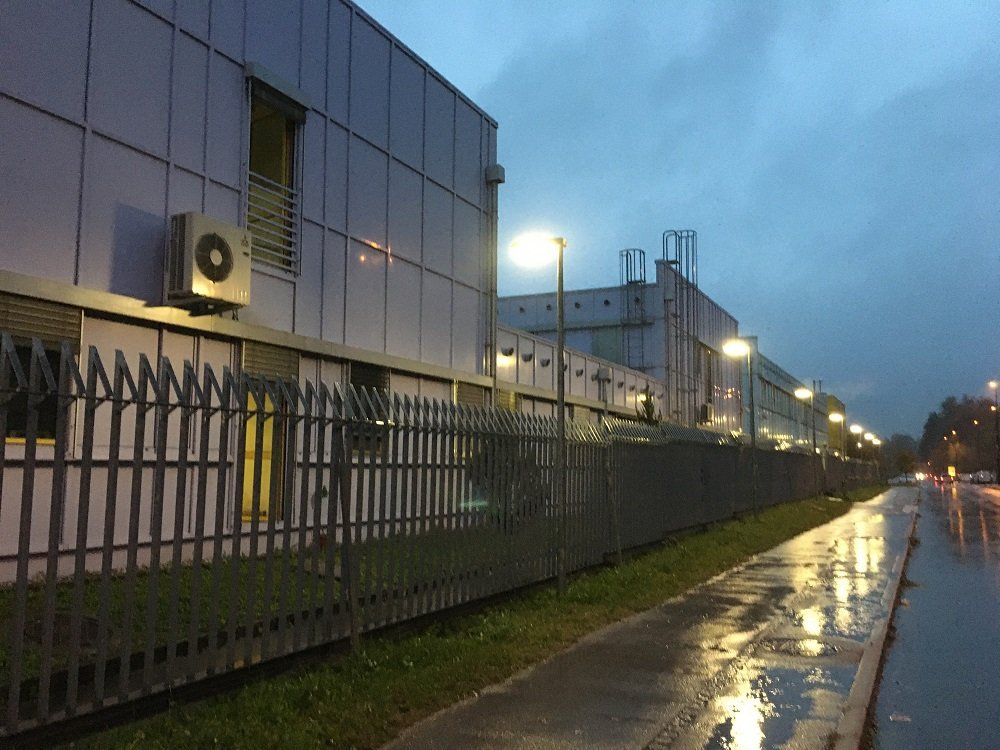 This mid-November afternoon, the rain, which falls continuously, and the lack of light give a gloomy aspect to this center. The corridors are almost empty; so are the common rooms. A few children run around the reception hall and hang out in the lobby, where the only vending machine with sweets and soft drinks is located. The inner courtyard, exposed to the wind and bad weather, is ignored by residents, who prefer to stay in their rooms, and the playground is devoid of children. "This kind of weather makes you want to try your luck in Spain," says a Maghrebian migrant smoking a cigarette at the entrance to the center.


Due to the small population and frequent rotation of asylum seekers, tensions – both between different communities and with the guards - are relatively minor. "People just pass through, they rest, and leave, they don't have time to argue," says Tina Kotar, the center's manager. "The problem here is not violence, but people with psychological disorders. We have many traumatized people. They ask for sedatives, they don't understand that they are not given them on request." Many asylum seekers say they are rattled by their crossing of the Balkans. Stories of beatings by Croatian – and sometimes Slovenian – police officers, broken cell phones, stolen money, are legion at Vič. 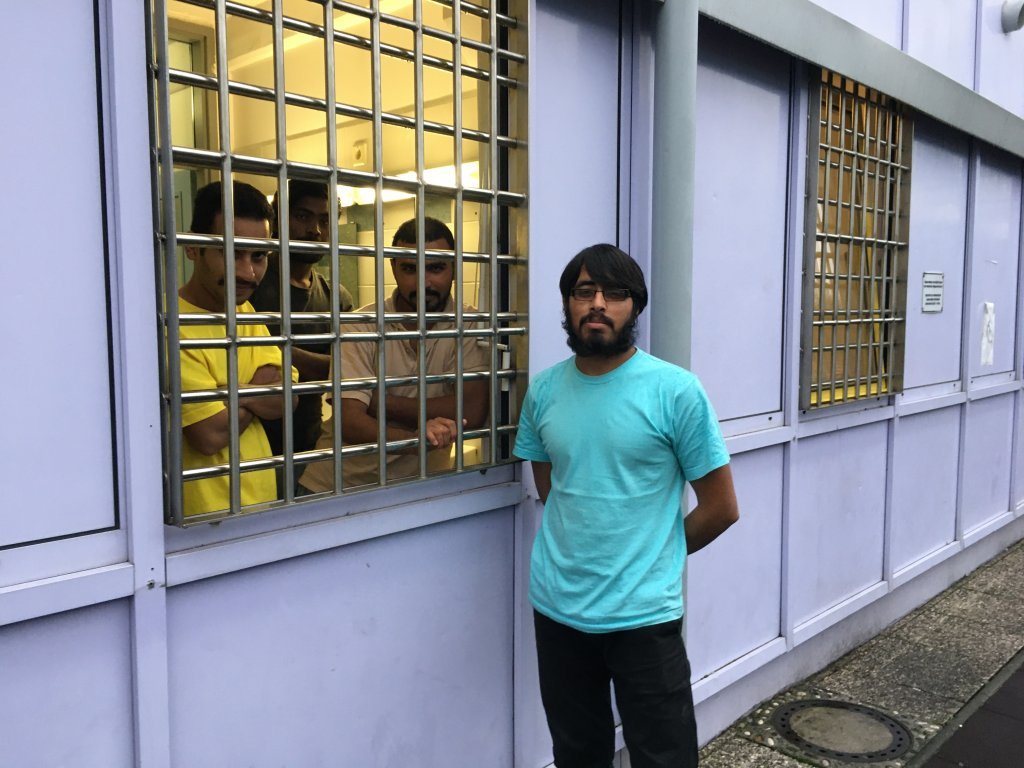 To help them, Vič offers consultations with a psychologist, as well as activities and language courses. A few hundred meters away, the Filantropijia association also offers residents a breath of fresh air by taking them downtown, to the pool, or by organizing cooking workshops. "We try to entertain them," explains a volunteer from the association. "It's good that they can think of something else and heal their wounds. We help them get back on their feet. We also hope to convince some people to stay in the country."

Reda and Khaled are among the few who are convinced. Reda, a 23-year-old Moroccan, has been residing at Vič for 7 months; Khaled, who is from Eritrea, for 5 months. Both of them say they want to stay in Ljubljana. "I tried ten times to get to Slovenia before I succeeded. The Croatian police expelled me seven times, the Slovenian police three times. I'm tired," Khaled says. "At first, I didn't intend to stay, but I found that the people here were friendly. So I thought to myself, "Why not?"

Reda also says he "likes" the country. After crossing Europe on foot, having been "hit" by the Croatian police, he wants to put down his luggage. "The Slovenes welcomed me, they treat me well. Why would I leave? The only problem is learning Slovenian... It's not easy," Reda continues, confessing that he doesn't often go to the language courses offered by the center.

The two men now hope for a positive response to their asylum applications. They could still have to wait a long time. According to the authorities at Vič, asylum processing can take several months to a year. In the case of a negative decision on the first try, the appeals process can take up to three years.

*The first name has been changed.