Since July, Italian and Slovenian authorities have been patrolling the joint alpine border in an effort to stop migrants from crossing. InfoMigrants met with Slovenian police in the city of Koper, not far from the Italian city of Trieste, where dozens of migrants are arrested every week.

It is noon when the patrol starts to turn back. The rain has been falling for several hours and everywhere there is fog. The two Slovenian policemen and the Italian policewoman return without "having seen anyone". That's probably due to the poor weather conditions. "Trying to cross in this weather is more complicated, but it happens, of course," explains the Italian police officer, who started patrolling at 7 am, and who now heads to the police station in Koper, the last Slovenian city before Italy, to file her report.

The day's surveillance took place in the Kastelec and Socerb mountains, about ten kilometers north of Koper, from which heights the small Italian municipality of San Dorligo can be seen. This time, no migrants were intercepted.

Since July, joint Italian and Slovenian patrols have been taking place along their common border. They will run at least until the end of September next year. The stated objective of both countries: to curb illegal immigration on the Balkan route to Italy and Western Europe. 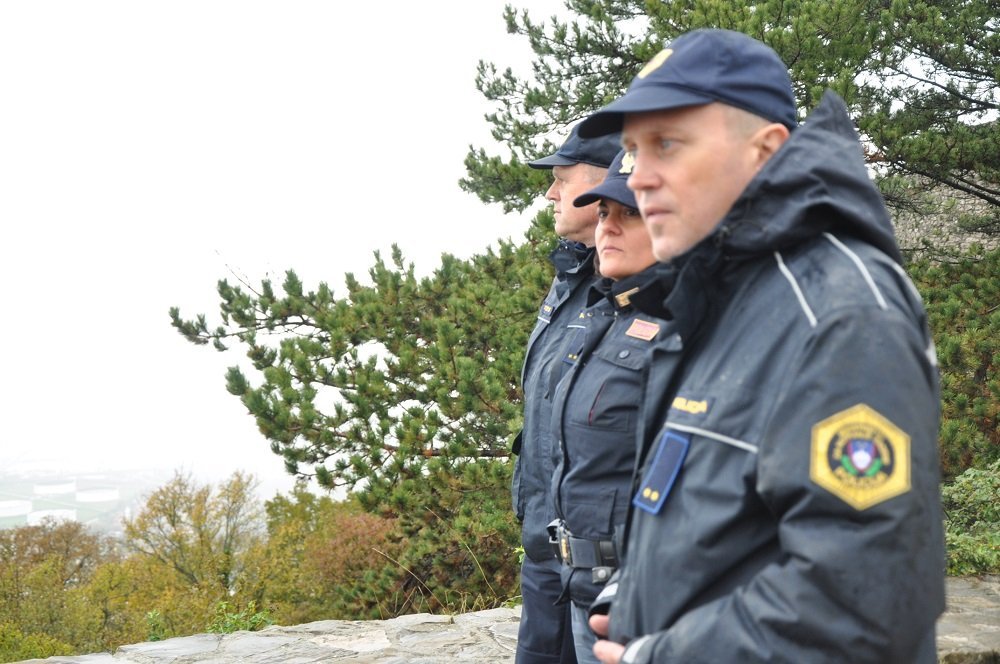 When migrant arrivals peaked  in 2015, tens of thousands of people from Syria, Iraq and Afghanistan took this route. The flow has dried up over the past three years, but since the spring of 2019, Slovenia has seen the number of arrivals from Croatia increase once again.

"More than a 22 percent increase in attempted crossings from Italy to the region compared to last year," says Vicjem Toskan, one of the heads of police in the city of Koper. And more than 70 percent throughout the country. Authorities identified 14,000 illegal crossings into their territory between January 1 and October 30, 2019, compared with 8,200 during the same period in 2018. 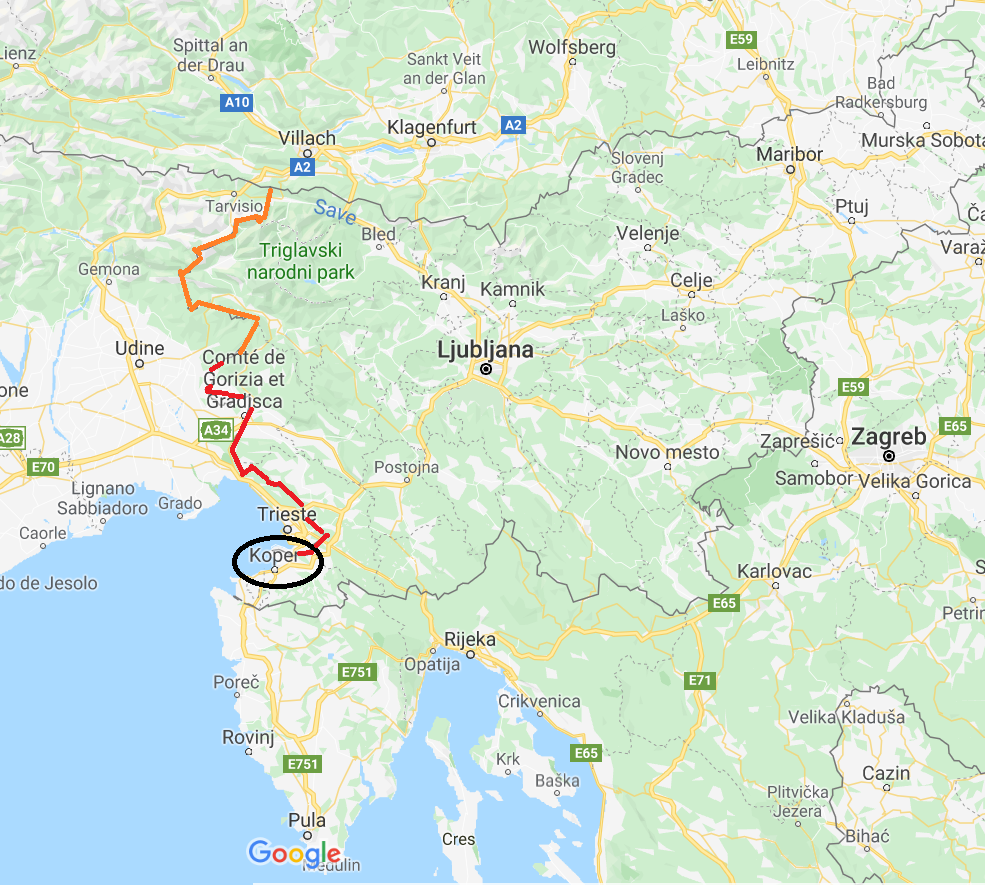 More and more Moroccans and Algerians


Among those intercepted by the police are many Moroccans and Algerians, who are increasingly using this Balkan route after reaching Turkey, which they can enter without visa problems. "I could have gone by sea from Morocco to Spain, but it was too expensive. The smuggler asked me for more than 5,000 euros," explains Amir*, a Moroccan migrant we met in Ljubljana. "Going through the Balkans costs me almost nothing."

Another, traumatized by the Mediterranean Sea, did not want to attempt a sea crossing. "My brother died trying to get to Spain in a dinghy. Going through Turkey and the Balkans takes longer, but it's less dangerous," explains this migrant, who is also Moroccan.

According to data from the Slovenian authorities, Maghrebian migrants are among the most arrested nationalities, along with Pakistanis and Afghans. In response to this, the police "closely monitor developments and adapt their activities accordingly," they say.

'No need for smugglers'

Is it easy to get to Italy? "It's not that hard," says Amir. "I stopped in Ljubljana to buy myself some good walking shoes, find a warmer coat, and I'll leave soon." Amir wants to go to France and the Bordeaux region, where he has family. "I’m going to go through the forest with a friend, no need for smugglers, we’ll look out for each other and find our way with the GPS on our phones."

On this side of the country, there is no barbed wire. The passage is easier, say the migrants. "The worst part is passing through Croatia, the barbed wire, the violent police; after that, it's fine," says Amir. The Slovenian government has ruled out the possibility of installing a fence on its western border, as was recently suggested by several Italian politicians. But the authorities have not skimped on resources at the Italian border to prevent migrants from crossing. Video surveillance and drones are used to assist law enforcement.

In the forest that covers a large part of the Slovenian-Italian border, police also rely on reports from civilians. "Sometimes we get calls from the people in the area," Toskan says. "They tell us when they think they see something unusual in the mountains."

The "techniques" of crossing the border vary according to the season. "In the summer we notice that migrants walk more," says Toskan. "In winter they try to cross the border in cars, vans and pick-up trucks. There are sometimes crossings at night. Most often, they walk for about ten days to reach Velika Kledusha in Bosnia or Trieste in Italy."

124 people arrested in one week

Depending on these parameters, patrols often change locations and schedules. "Of course, we won't tell you anything about it," says a smiling Toskan.

Amir was not aware of the existence of the joint patrols, but he doesn't seem stressed about them. "There are always checks at a border, that's the way it is."

The Slovenian police, on the other hand, say they are satisfied with the system. "Yesterday [November 12], we intercepted 12 migrants who were trying to cross into Italy, they were in three smugglers' cars," Toskan tells us. "And during the week of November 4 to 10, we arrested 124 people. Our patrols are not working miracles, but for the time being, they have proven their worth and that they are effective." 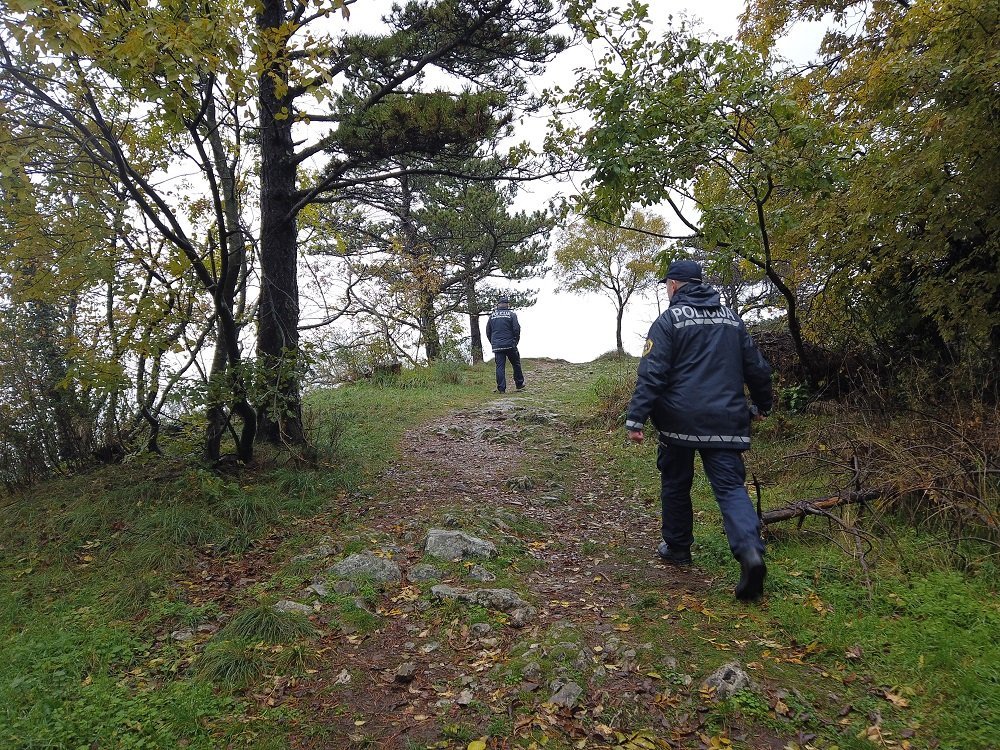 *The first name has been changed.