Even in the EU, children suffer in immigration detention

A global study by the United Nations has called on countries to end the detention of child migrants. Hundreds of thousands of children are held in immigration detention in more than 80 countries worldwide. The study claims this violates children's rights and does serious harm to their physical and mental health.

They have committed no crime, yet more than 330,000 children are being held worldwide for reasons related to migration, according to the UN Global Study on Children Deprived of Liberty.
The report, launched this week, revealed that by far the largest number of detained child migrants -- at least 100,000 -- are in the United States. The lead author on the study, Manfred Nowak, said this was a "conservative assessment."
But while the US accounts for around a third of children in immigration detention globally, there are also tens of thousands being held in Europe, which "employs immigration detention of children extensively," according to the study.
-- Jamil's story --
Jamil migrated across the Balkans at the age of 17 and ended up in detention twice -- once in Albania and once in Greece. When he was first arrested in Albania in 2015, he and several other migrants were handcuffed and hooded.
They were taken to a police station and then to a Tirana prison, where Jamil says adults and children were detained together. "I would hear people screaming," he recalls. One child detainee was put in isolation as a punishment for trying to escape. Jamil himself was once beaten so badly that he could not move the next day.
After a month in Tirana, Jamil was moved to Greece, where he was detained in two locations for 24 days. He was given a lawyer and eventually released. In the end, Jamil was in detention as an unaccompanied minor for a total of 54 days.
Variable trends
There is no consistent trend in states' use of child immigration detention within Europe. In some European states, the number of children in detention has been declining. In the United Kingdom, 63 children were detained in 2017, down from 1,119 in 2009.
Elsewhere, however, there are more children now in immigration detention than ever. In Hungary, for example, the number rose from 255 in 2015 to 1,254 in 2017.
In France, six NGOs (Assfam - groupe SOS Solidarites, Forum refugies - Cosi, France terre d'asile, La Cimade, Ordre de Malte France, Solidarite Mayotte) reported that there were 304 children being held in mainland detention centers and 2,493 children in detention in the overseas department of Mayotte, in the Indian Ocean. Of those held in France, one in three was between the age of 2 and 6.
Earlier this month, a large number of French and international human rights organizations, including Unicef, Amnesty International and Doctors of the World, urged the French government to honor its 2018 commitment to ban the immigration detention of children. 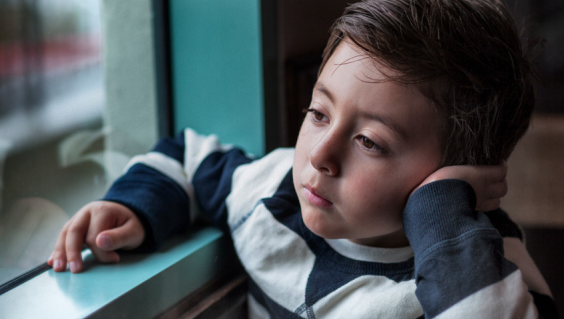 In Spain, children are not officially detained for migration-related reasons. However, Spanish law allows children to be detained together with their parents. According to the Jesuit Refugee Service, 93 children were held in immigration detention in 2018.
Only one EU state, Ireland, prohibits the immigration detention of children in asylum or return procedures. Other EU countries such as Austria, the Czech Republic, Finland, Latvia and Poland do detain migrant children, but not those younger than 14 or 15.
Never acceptable
There have been countless statements condemning the immigration-related detention of children and many international efforts to stop it. In 2014, the UN Secretary General called it a violation of child rights. The European Parliament has also called on member states to "cease, completely and expeditiously, the detention of children on the basis of their immigration status ... and adopt alternatives to detention."
The UN Convention on the Rights of the Child states that "Children may only be deprived of liberty as a measure of last resort." But there is a growing international consensus that migration-related detention is never justified, in other words, it should not be a measure of last resort.
Several countries have agreed in recent years to end or reduce immigration detention of children, including the UK and Turkey. However, the latest available figures suggest there is a long way to go before many countries act on the UN recommendations. 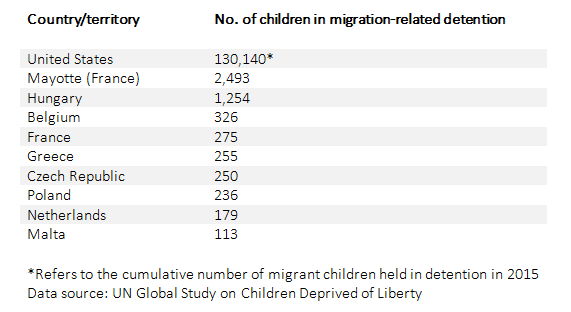 Seriously harmful consequences
Being held in immigration detention does children serious harm. It has been found to cause physical and mental health problems and to exacerbate existing ones, especially trauma. There is evidence that detention can increase the likelihood of self-harming or attempting suicide.
"Last May, a 16-year-old girl detained in Mesnil Amelot (France) tried to end her life by swallowing coins," the recent open letter to the French government claimed.
Detention facilities are often violent environments which put children at risk of harm. They also often limit the access of children to legal representation, health and education and opportunities for play and recreation. 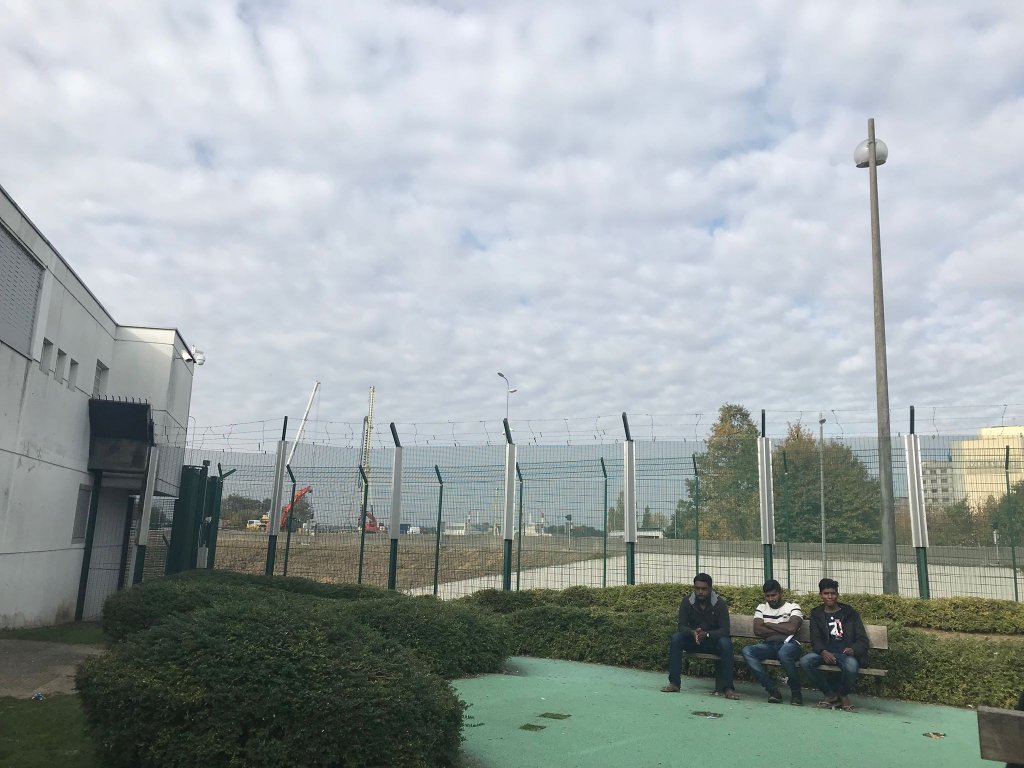 Immigration detention disrupts healthy functioning of families by undermining parents in their role as providers for their children, as well as contributing to depression and anxiety in the parents.
There is not enough data available to get a full picture of the consequences of immigration detention for children, largely because researchers have trouble gaining access to detention facilities. France offers a counter-example, however: It allows authorized NGOs to have access to immigration detention centers to provide legal and social assistance to immigration detainees.
Solutions
Alternatives exist to immigration detention which are both effective and relatively cheap. In the UK, non-custodial measures have been used which have had high compliance rates and low costs for the government.
In Germany, unaccompanied children are usually integrated into the mainstream youth care system. They are initially placed in an emergency reception center and visited by a social worker. After that they are transferred to another reception center and assigned a guardian and case manager. They work together to find a long-term accommodation solution within 2-4 months. 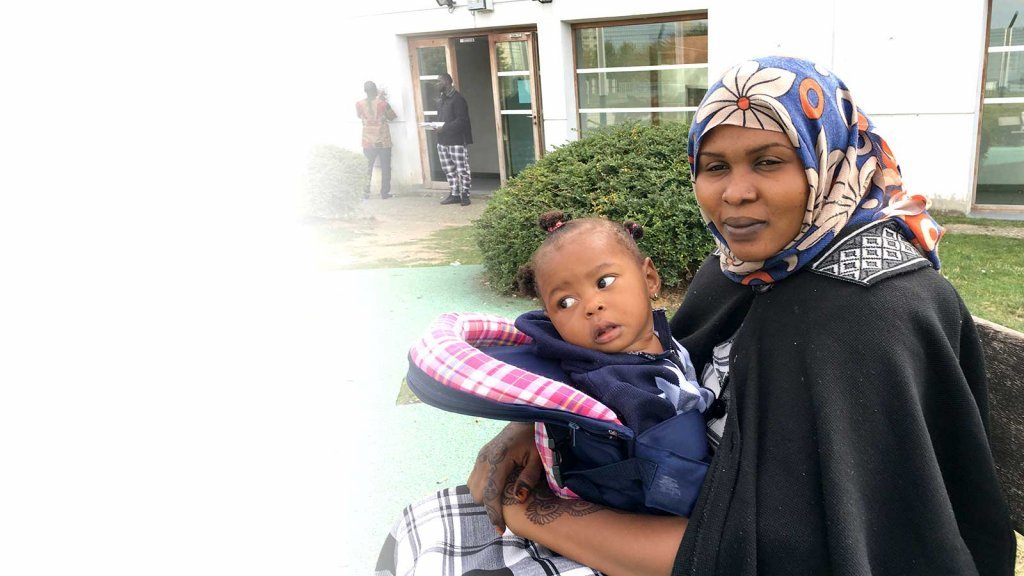 In Ireland, all children are allowed to enter the country. Those who arrive without a valid permit are not arrested or detained. Irregular migrant children are referred to the Child and Family Agency rather than to security forces.
In Spain, unaccompanied children arriving on the southern border are immediately referred to open facilities within the child protection system. Similarly, children with their parents are accommodated in open centers run by public child protection bodies or civil society organizations like the Red Cross.
In Cyprus, families are allowed to live in the community as long as they fulfill certain conditions, including regular reporting and surrendering travel documents to the authorities.
Never separate children from their families
It is sometimes argued in defence of the detention of migrant children that the need to keep the family together justifies the detention of the child. The reverse argument should be applied, according to the UN report: In order to prevent the separation of the child from its parents, a non-custodial solution should be found for the whole family.
In some countries, children are detained before being deported. However, this is an unnecessary measure, the report says. The UK has been operating a Family Returns Process since 2011. 97 percent of families that departed the UK under this process between 2014 and 2016 did so without the need for "enforcement action."