Greece is to close the migrant camps on the islands and replace them with closed detention centers, the government announced on Wednesday. The new centers, planned for next year, would make it easier to control the flow of asylum seekers.

Greek government spokesperson Stelios Petsas presented the government’s plan for migrants and refugees on Wednesday, saying it would clear bottlenecks in asylum procedures which have left thousands of people in limbo.
Living conditions on the Greek Aegean islands have been described by human rights groups as appalling and inhumane. On Lesbos island, more than 15,000 people are crammed into the Moria camp, which was created to accommodate 3,000 people.
The government’s plans include the closure of centers on the islands of Lesbos, Chios, Samos, Kos and Leros. Petsas said they would be replaced by "pre-departure centers” which would be closed, preventing migrants from reaching the mainland undetected.
"A clear message should be sent to those planning, or thinking of coming to the country illegally when they aren't entitled to asylum," Petsas said.
"They should realise ... if they give money to a trafficker to bring them to Greece they will lose it." 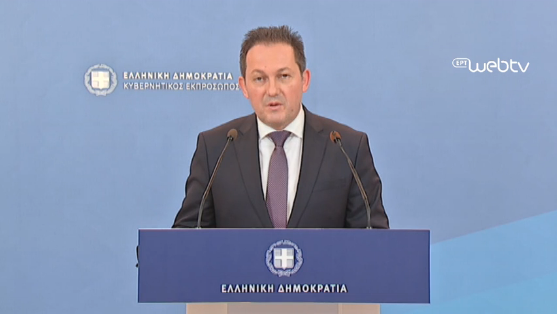 The new closed facility on Moria will be able to accommodate at least 5,000 people, according to the government. It will process new arrivals and people whose asylum applications are rejected.
The deputy defence minister, Alkiviadis Stefanis, said the facilities would be ready by July 2020. He said authorities wanted to move up to 20,000 people to the mainland by the end of the year and create a single agency tasked with border protection.
Referring to pending asylum requests, Stefanis said: "The numbers are huge, which is why we introduced a law which from January 1 will speed up the process."
About 36,400 asylum seekers and refugees were being held in the camps on the Greek Aegean islands close to Turkey as of November 17, according to the United Nations refugee agency UNHCR.
The rate of arrivals on the Aegean islands is currently at a two-year high, with more than 1,300 migrants arriving in boats over the weekend.
With material from Reuters, Skai News