Lost generation: ‘This is not an experience, it is suffering’

Integration of young asylum seekers and refugees is crucial to avoid robbing a generation of its potential to build new lives in Europe. That’s one of the findings from a new study by the European Union Agency for Fundamental Rights (FRA) which has been looking into practices for the integration of young refugees across the bloc.

“[Young people] have no motivation any more […] in the beginning, young people were so motivated. They wanted to attend three courses a day. Learn German as fast as possible […]” explained one NGO integration manager and lawyer in Germany to the European Union Agency for Fundamental Rights (FRA). But then they continue: “If you have waited for too long, for two years […] what motivates you to learn the language? For whom? For your social worker? No.”

A young Syrian refugee in Germany described his wait for asylum as “not an experience, it is suffering.” The wait to establish status for all asylum seekers is one of the most damaging parts of the whole system. The FRA report seems to say that this can be even worse for young people who start with so much potential and desire to learn and end up angry and discouraged.

The FRA report looks into what is working, and what is not, across the bloc in terms of integration and opportunities offered to young asylum seekers and refugees who will, or have already become adults after fleeing their country. FRA focuses particularly on this generation (those aged 16-24) because they arrive with a potential to be contributing and functioning citizens in Europe. 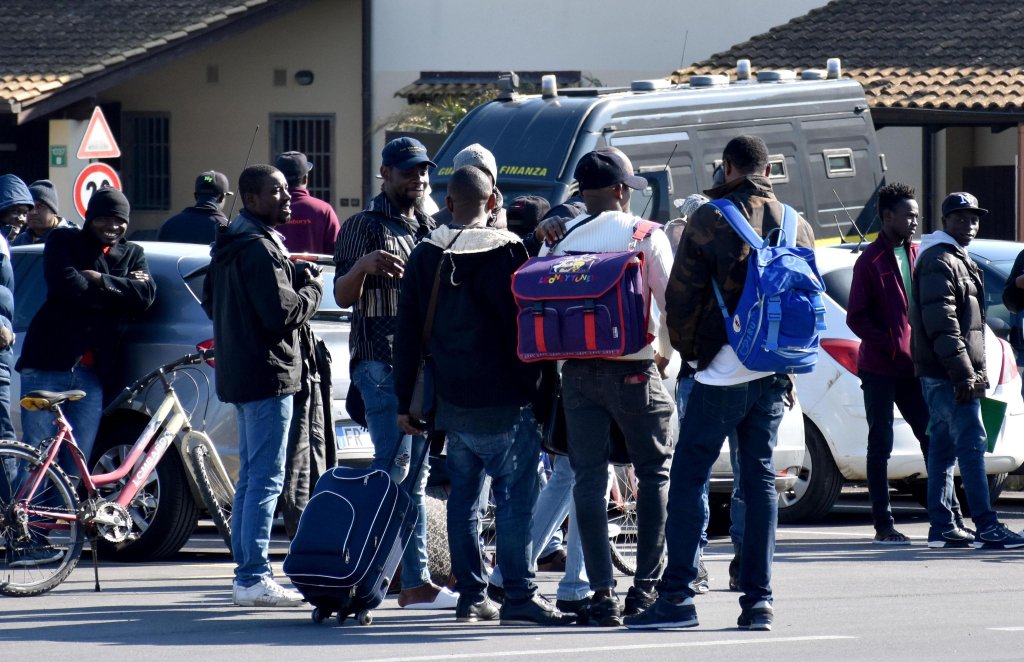 Across 28 EU member states, over 2.5 million people applied for international protection in 2015-16. Many of those granted protection were young people, “who are likely to stay and settle in the EU,” according to the FRA. So their future is, in a sense, the future of the EU.

All too often, however, their potential is wasted by the long waits and frequent problems with the asylum process itself, the report continues. The problems range from delays and blocks to family reunification and school provision to a lack of benefits and support networks for those who turn 18 and are suddenly expected to fend for themselves. These things often hinder the process of integration and color the future of these young people.

“Uprooted and often traumatized, [asylum seekers] are confronted with one difficult transition after another while striving to build a new life,” according the the rerpott. Two transitions “loom particularly large” for young people: “The transition from being an asylum applicant to a person who has been granted international protection, and the transition from childhood to adulthood upon turning 18;” transitions which “often crack open protection gaps that can undermine even the most sincere efforts to integrate.”

“My life is hell. I feel that I am in a prison and I don’t know when they will let me go,” said one young Afghan male staying in Greece in the FRA report. “At night I can’t sleep. […] They give me pills for all that, so that I can sleep and get my appetite back.”

The mental health of young asylum seekers and refugees is a huge issue in many countries, the FRA found. One psychologist in Austria said sleep disorders among refugees was the main issue for the people they dealt with. “Everything is simply too tightly packed, there are simply too many people in one room, where others have nightmares at night too, and for people with sleep disorders it’s a huge problem to be in bunk beds and other people who live so close.”

Loneliness and isolation is another problem, particularly for unaccompanied minors who often miss their families and have no support. One boy in France said simply: “I’m alone here. There is nobody. There is just me.”

Another unaccompanied minor from Guinea -- also in France -- spoke of how difficult he found it being asked repeatedly to recount all the bad things that had happened to him since leaving his home country. “They ask you in several different places about your situation, your real problem […] and then that gets to you. It gets to you very badly. …there are things you do not want to talk about, and they’ll ask you all that again.” 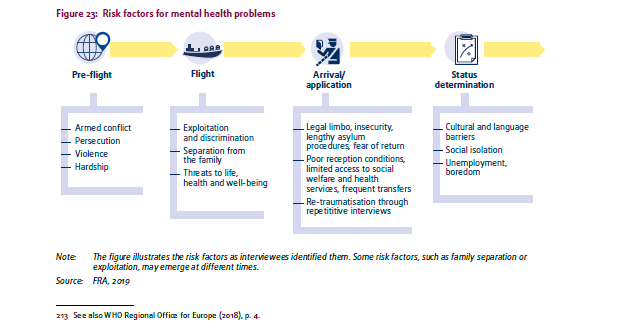 There were reports of migrants attempting suicide as a result of the anxiety, post-traumatic stress and depression they experienced both as a result of their journeys and the long wait-times and uncertainty regarding their asylum status once they arrived in a host country. The report found that many migrants’ mental health problems “were not swiftly and efficiently dealt with.”

The FRA report also highlights some positive practices in EU countries. In Bremen, Germany, a counseling and information service for young refugees called an “advice café (Beratungscafé)” appeared to be providing support for day-to-day matters.

One NGO integration expert in Sweden highlighted the problem that the mental pressure also comes from the families who are left behind. They think the person who has already reached the EU “has it all.” At the same time, the person who has migrated feels guilty and is unable to take advantage of opportunities such as school or employment because they feel these things are trivial compared with what their family might be going through. 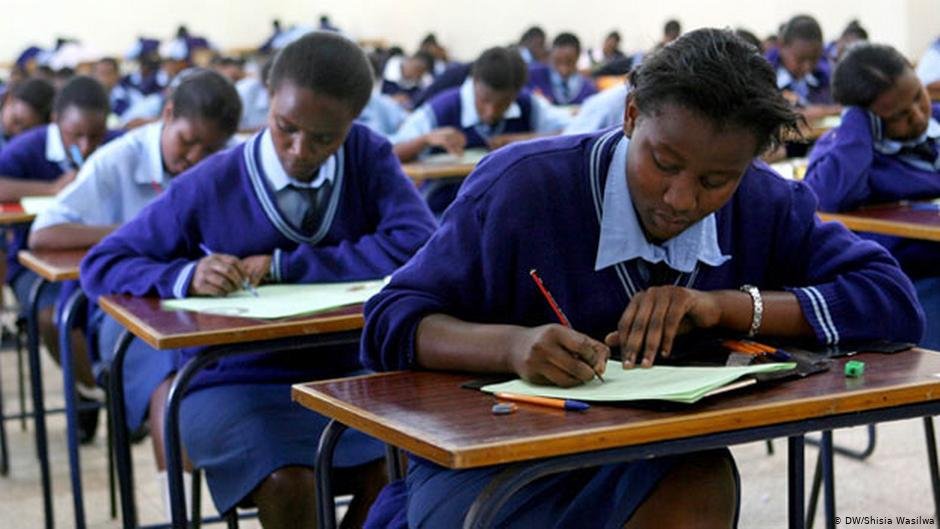 Education was another fundamental issue addressed in the report. Early and inclusive access to education “is one of the most important and powerful tools of integration,” stated the European Commission in a 2017 communiqué. The problem is that first young people have to learn the language of the host country in order to access education. Sometimes they are ghettoized in classes with other asylum seekers and refugees and find it difficult to integrate in the formal education system.

The report found that many young adults were being pushed down a vocational route, even if that was not what they would have chosen. Some youth workers in Italy pointed out that young people attending classes within reception centers didn’t react well as they felt they were being kept out of the school available to everyone else.

Delays in school enrolment also increased drop-out rates. Being forced to repeat classes several times with ever-younger children can also be dispiriting to those trying to catch up on years of missed education due to their flight. 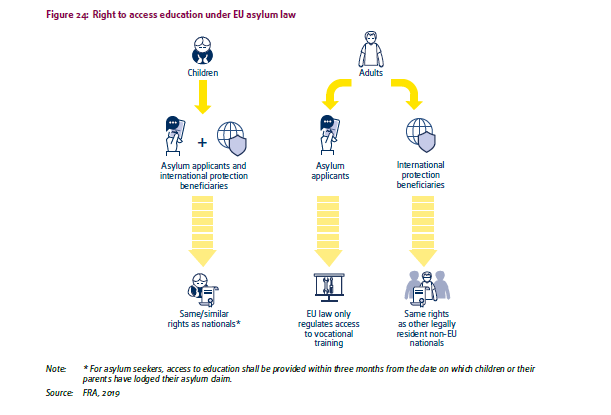 A teacher in Sweden pointed out the problems of asylum seekers being moved from center to center and relocated in the middle of a semester potentially disrupted the school year. "This way of handling these young persons in this country is unprecedented in modern times,” the teacher said.

Some educationalists thought unaccompanied minors might be given better access to educational opportunities as they were sometimes given the option of living with a host family or in an institution specifically for young people with more dedicated tutors and social workers. Older teenagers who arrived with their families sometimes got a worse deal because they were in bigger institutions with less time and dedicated staff to help with their needs.

One Syrian male in Germany complained that he had wanted to finish high school and continue to university but that the school were “directing us towards one direction, vocational training.” He said he felt “downgraded.” Those that were ‘failed’ most often were those who had just turned or were about to turn 18 and were past the age of compulsory schooling. Although they had access to education on paper, they were often unable to access it because of practical barriers, or even physical ones such as being moved from a youth home to an adult place in a different town, which led to their dropping out of school.

Many countries have tended to view young asylum seekers as potential criminals and vulnerable to being recruited to terror cells, the FRA report points out. However, it says more needs to be done to guard against making them vulnerable to being preyed upon by crime gangs. 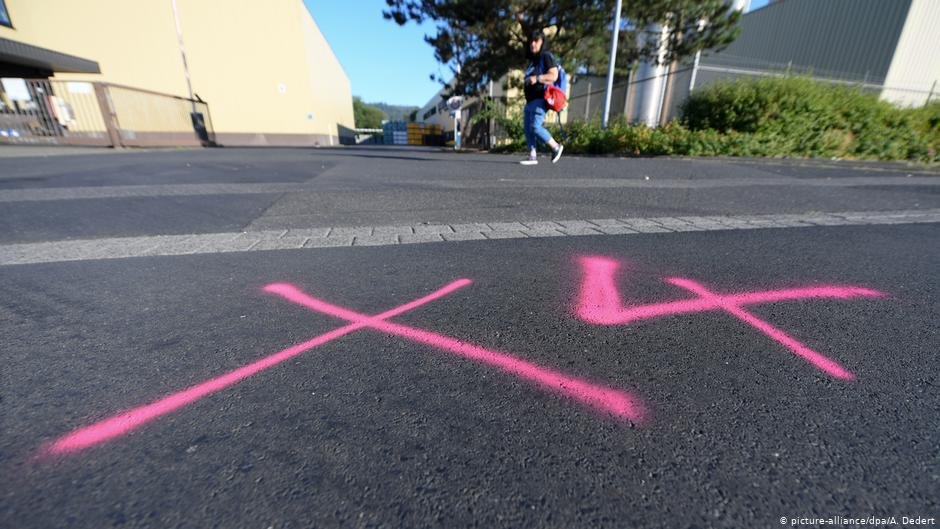 One legal expert in Sweden pointed out that many young adults who had their ages re-registered as adults would then often be given a negative decision with regards to their asylum cases too. The expert said that it was “not unusual” for these people “to wind up in criminality,” because they often had the feeling that “this is really about to go to rack and ruin. I will probably not be allowed to stay.”

The report found that unsafe housing and being frequently moved from known support networks or friends also made many young people easy prey for criminals. A withdrawal of support as they turned 18, and therefore access to funds, also meant they might commit crimes of necessity (theft etc.) A lack of education or access to employment also made young people more likely to turn to crime. Once they had started, it was often very hard for them to get out of the system; even worse if they were convicted of something and sent to prison.

Young migrants were not just the perpetrators of crime but also often the victims of exploitation in the workplace, violence, theft, fraud and hate crime. Female migrants were often affected by sexual and gender-based violence. They often felt the police treated them unfairly, stopped and searched them more and under-reporting of crimes perpetrated on them was rife, according to the report.

The FRA recommends that EU states pursue “proactive policies” to help “make people’s legal and social status less precarious.” It suggests states that offer migrants “access to core services, safe housing, employment, education opportunities and support from relevant professionals.” It argues that if this were done, some of that wasted potential could be recovered and put to good use in the future.