Libya's deputy premier denies accusations of slavery in his country

Libyan Deputy Prime Minister Ahmed Maiteeq told DW in an exclusive interview that there was "no slavery" in Libya - following multiple reports surfacing from the country over the past two years accusing it of ignoring the fact that migrants are being subjected to grave human rights abuses including forced labor and sexual abuse.

Libyan Deputy Prime Minister Maiteeq told DW's Tim Sebastian on the "Conflict Zone" current affairs program that accusations of migrants suffering forced labor and slavery in Libya were false reports.
"This is false information. We have no slavery in Libya," Maiteeq said in the interview, which took place in the French capital, Paris, earlier this month.
Maiteeq, who has been deputy prime minister of Libya's UN-backed Government of National Accord (GNA) in the capital Tripoli since March 2016, also said he wanted to receive more help from the international community -- and Europe in particular -- to tackle the migrant situation in Libya.
Since the collapse of the Libyan dictatorship under Colonel Moammar Gaddafi in 2011, Libya has become the prime transit country for many migrants especially from Africa. Under the ongoing political crisis in the country that has ensued ever since the fall of the Gaddafi regime, the Libyan government continued to struggle to manage the humanitarian situation of refugees and migrants stuck in the north African nation. 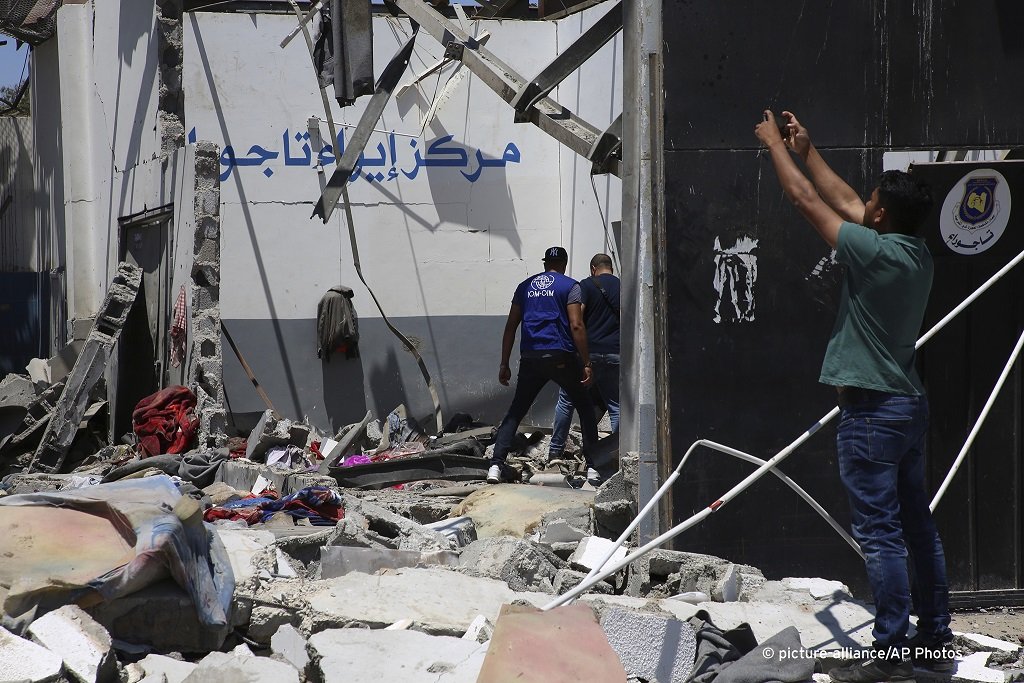 ‘No slavery in Libya’
Conflict Zone host Tim Sebastian further belabored the question of forced labor, slavery and sexual exploitation by asking whether Maiteeq rejected the accusations that various human rights organizations and broadcasters around the world have been raising against his country repeatedly in the past two years:
"You are denying what all the reports have been saying that people are being sold to people traffickers and women are being sold for sexual exploitation. You deny all that, do you?" Sebastian asked the Libyan deputy prime minister. Maiteeq replied: "We have no information (about slavery) as a government. Otherwise, we'd do our job."
The deputy prime minister then tried to shift the focus away from reports accusing Libyans of abusing migrants and asked Sebastian, "where are these reports when our coast guard - with just very few vessels that we have - will save thousands of lives every morning and every day? Where are these reports when we try to help these immigrants in the middle of the (Libyan) Sahara desert?"
"We've been working a lot to save the lives of immigrants. We believe that we should have better reports and (a) better understanding of the problems if the international community is committed and willing to work with the Libyans - not sending only messages about slavery in Libya," Maiteeq added.
Slavery commission set up?
DW host Tim Sebastian also highlighted that Deputy Prime Minister Maiteeq had -- despite all his protest in the interview -- personally agreed to set up an investigation committee to look into accusations of slavery taking place in Libya following a UN report issued in 2017.
Sebastian added, however, that there had been no news on any progress with regards to this committee and that "the UN had never heard about it," to which Maiteeq first replied, "our minister of justice leads this commission" only to contradict himself moments later, saying: "our minister of internal (affairs) heads this commission."
"They've done two public announcements about the whole report, (finding) there is no (such) thing as slavery in Libya." Sebastian stressed that Maiteeq's claim was "simply in direct contradiction to all reports that are pointing to it." 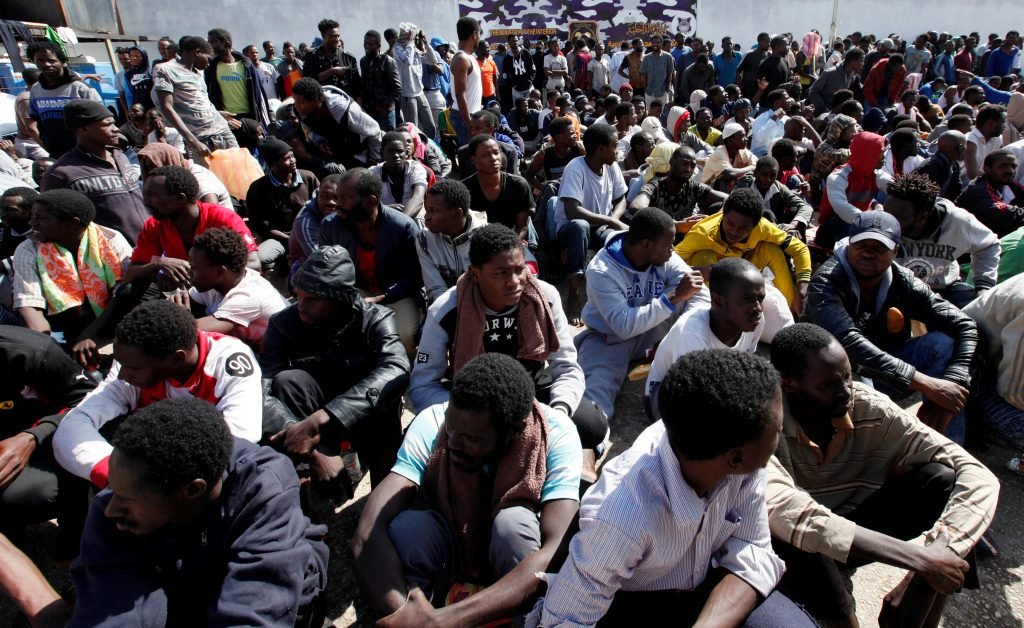 'Migrants don't disappear; they walk out'
Tim Sebastian also grilled the deputy prime minister about another issue that has repeatedly surfaced in recent months within the migrant context in Libya: the ongoing disappearance of migrants. In addition to reports about migrant ships in the Mediterranean being deliberately sunk by rogue elements in Libya's coast guard, Sebastian also highlighted the issue of disappearances of migrants and refugees from Libya's migrant centers -- in particular the case of more than 150 migrants vanishing from the Souq-al-Khamis migrant detention facility in al-Khoms.
"They didn't disappear. They went out from the center," Maiteeq told the "Conflict Talk" host. "We have a lot of migrants in Libya not staying in those centers," he added, implying that they had left of their own volition.
Sebastian said that according to reports from various observers the missing migrants from the facility in al-Khoms were also believed to have been sold off into slavery. 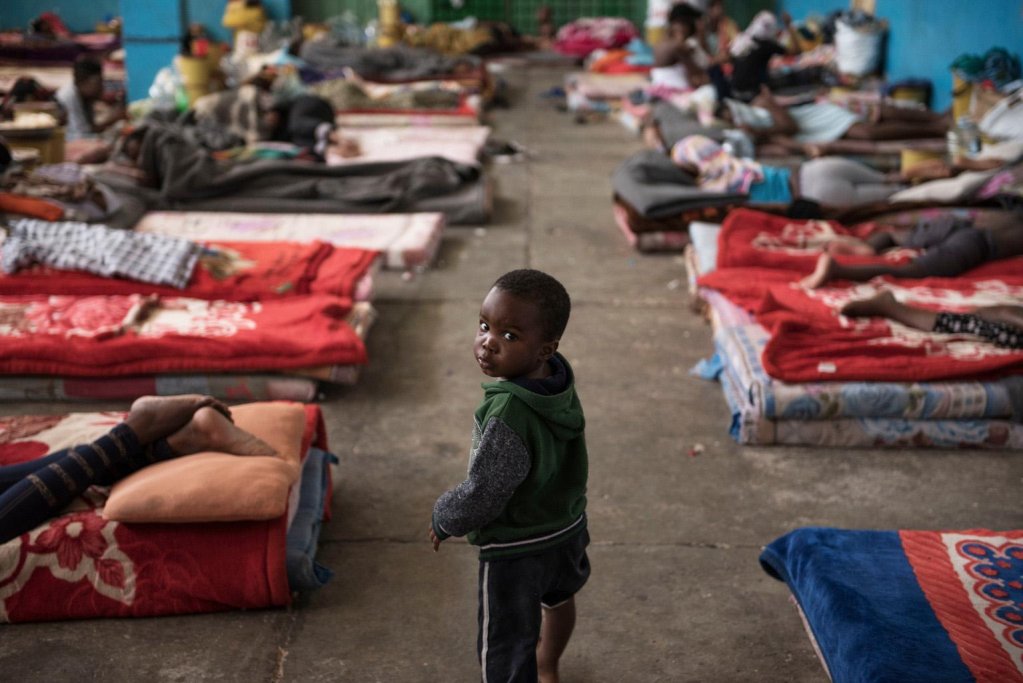 Appeal for help
The deputy prime minister admitted in the DW interview that some 800,000 migrants were presently in the country, saying that Libya alone could "not deal with the immigrant issues."
"We have a problem with our borders. We have a problem with refugees. We have a problem of illegal immigrants. We cannot do it all at the same time," Maiteeq said, accusing the European Union of failing to keep its promises of assistance to Libya and appealing to the international community for more help:
"We are an African nation, an Arab nation and a Mediterranean (nation)," he said. "And there is a responsibility that lies on our shoulders as the Government of Libya. But we are in a time of conflict. And that's why we need the international community to stand by us, helping us manage this."
"We are doing our best to keep this up to standard."

Millions in funds only saving few thousand lives
According to an EU spokesperson, nearly $100 million have been paid to the International Organization for Migration (IOM) in Libya since 2016 to tackle the crisis, in addition to more than $50 million given to the United Nations High Commissioner for Refugees (UNHCR).
Various programs including voluntary return and resettlement initiatives have only succeeded in helping a few thousand migrants in the country. Hundreds of thousands more remain in Libya living under perilous conditions.