16 migrants found alive in container on ferry to Ireland

16 migrants were found in a sealed trailer on a ferry traveling from France to Ireland on Thursday. The migrants were reportedly all in good health.

The migrants were found in a sealed container on a ferry that was sailing from the northern French port of Cherbourg to Rosslare in Ireland, the ferry operators said in a statement on Thursday.

A staff member of the Stena Line ferry operator had heard banging during a "routine inspection" and opened the container with the assistance of a truck driver.

"All the individuals are reported to be in good health and have been moved to a private passenger lounge where their wellbeing is the focus of our employees", the statement said.

The Irish public broadcaster RTE reported that the group was all male, possibly Asian and aged 20-40 and presumably had left from Belgium several days earlier, dpa cites. According to the Reuters news agency, police are still seeking to confirm the age of one man who may be a minor.

The vessel, which left Cherbourg on Wednesday evening, arrived in Ireland on Thursday afternoon. Irish police are investigating the incident. The truck, which they say is owned by an Ireland-based company, has been impounded. The driver and the company owners are co-operating fully in the investigation, police said.

The migrants received medical assessments after their arrival in Rosslare. Police said that immigration authorities "will carry out an assessment on the immigration status of all the persons."

"This has been a traumatic experience for these men and they are being treated with sympathy and compassion," the police statement said. The Irish Times reports that some of the migrants told police they thought they were on their way to the UK. 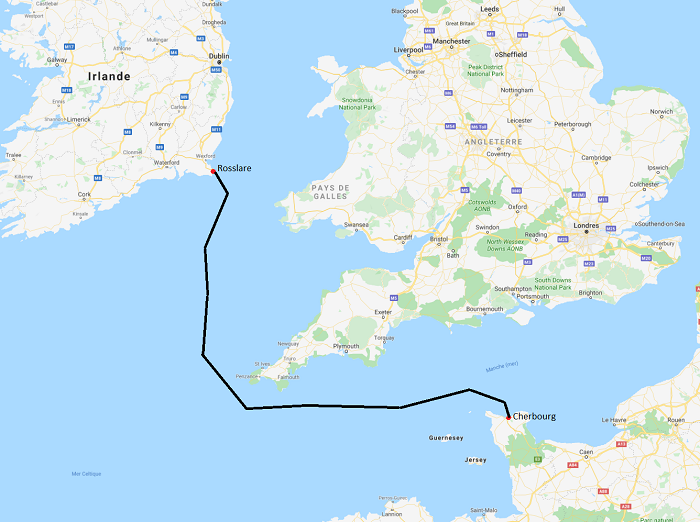 In a statement, Ireland's Minister for Justice and Equality Charles Flanagan said he was "extremely concerned to learn of another incident of people being found in a sealed lorry container, on this occasion onboard a ferry." He appealed for anyone with information to come forward.

There have been several prominent cases of migrants being smuggled across Europe in containers recently.  Earlier this week, 25 migrants were discovered alive in a container on a Danish cargo vessel that was traveling to the UK from the Netherlands. In October, British police found the bodies of 39 Vietnamese migrants in the back of a refrigerated truck in Essex. Two people have been charged in Britain and eight in Vietnam over the deaths.

With material from dpa and Reuters