Greek Prime Minister Kyriakos Mitsotakis announced a new scheme on Sunday designed to protect unaccompanied migrant minors who have arrived in Greece. The scheme, called "No Child Alone," is designed to protect such children "from exploitation and criminality."

"We can heal one of the wounds of the migrant crisis ourselves," said Greek Prime Minister Kyriakos Mitsotakis on Sunday, November 24, announcing a new scheme to protect children. "Our civilization, our humanity, our sensitivity and tradition dictate that we do so," reported the AFP news agency.

The Greek Prime Minister promised that he would "quickly settle" some 4,000 children living on the Aegean islands under "miserable conditions," and find places on the mainland for them where they can live "and be fed as is dictated by their tender age," he continued.

Those "miserable conditions" were highlighted in a short film made by the UN Children's charity UNICEF earlier this year entitled 'Life in Limbo.' The filmmakers followed several young unaccompanied minors from Afghanistan, Syria and West Africa as they went about their new lives in Section B (reserved for unaccompanied minors) of the Moria camp on the Greek island of Lesbos.

Many complained of not being able to sleep, of "losing their minds" and of the inadequate provision of schooling which wouldn't help their future. "I just want to be a success," said one young man, Morteza, in the video plaintively. Another boy spoke about some minors there cutting their hands and arms in despair at the situation.

UNICEF's film 'Life in Limbo' stressed that although their guardians and those who ran the camp tried their best, there was often nothing for the children to do all day.

UNICEF's country coordinator for Greece Lucio Melandri said in response to Prime Minister Mitsotakis' announcement that the organization "welcomed the Prime Minister's recent commitment to address the urgent needs of unaccompanied refugee and migrant children staying in dangerous conditions at Reception and Identification Centers on the Greek Islands."

The charity added that "long term solutions for these particularly vulnerable children are needed now, but Greece cannot be expected to provide this support alone." That is why, said Melandri, UNICEF was "urging European governments, who have all ratified the Convention on the Rights of the Child, to increase pledges to relocate unaccompanied and separated refugee and migrant children, fast-track family reunifications for those who already have relatives in Europe and increase funds supporting response efforts." 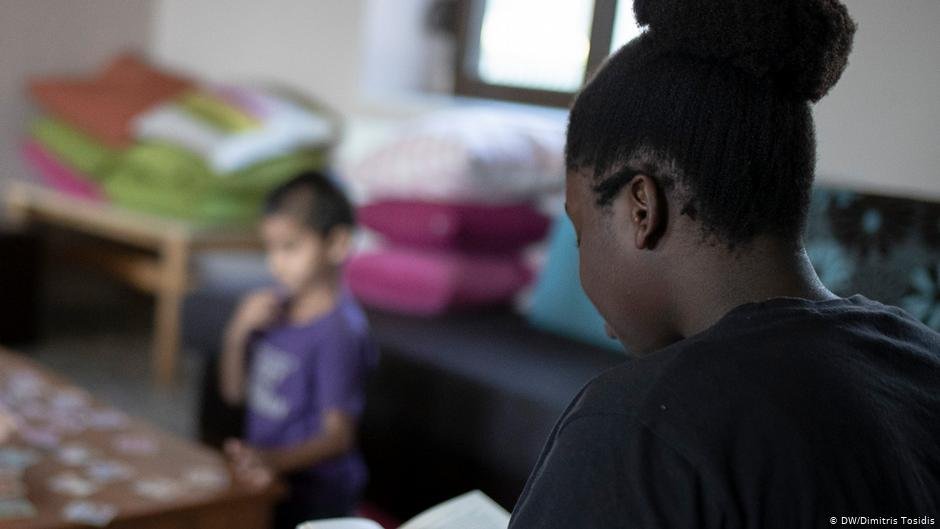 On Friday though, Mitsotakis told his parliament that other EU states had not been willing to immediately step up. "We attempted to reach agreement with all EU states, saying 'for God's sake, we are talking about 3,000 children … can they not be shared out among the 27 countries so that Europe can show solidarity,' […] unfortunately, I regret to say the reply was not positive, and it does not do Europe justice," reported AFP.

The child protection policy follows plans to overhaul the entire reception system on the Greek islands after continual reports of overcrowding have worsened since the summer. With more migrants arriving, many now have to wait up to several years for their applications to be processed.

According to the latest UNHCR figures, there are currently 36,400 refugees and migrants on the Aegean islands. Children account for 34% of the population and 17% of those are unaccompanied. As of November 17, 2019, UNHCR said that 62,190 people had arrived in Greece this year alone. About 37% of those arrivals come from Afghanistan, and 27% from Syria.

The Greek National Center for Social Solidarity (EKKA) and UNICEF publish regular updates on the situation of unaccompanied children in Greece; the latest of those dates from November 15, 2019. In it, the two organizations say that they have 5,162 unaccompanied children in total, 93.1% of them reportedly are boys and just 6.9% of them girls. Only 7.7% are aged younger than 14 years old.

Currently, Greece has 1,836 children in long term or temporary accommodation. 1,660 are living in reception and identification centers (RICs); about 260 are in protective custody, 160 in open temporary accommodation facilities and 1,246 are living in insecure housing conditions.  UNICEF stated that since July 2019 "there has been a sharp increase in refugee and migrant children arriving by sea." 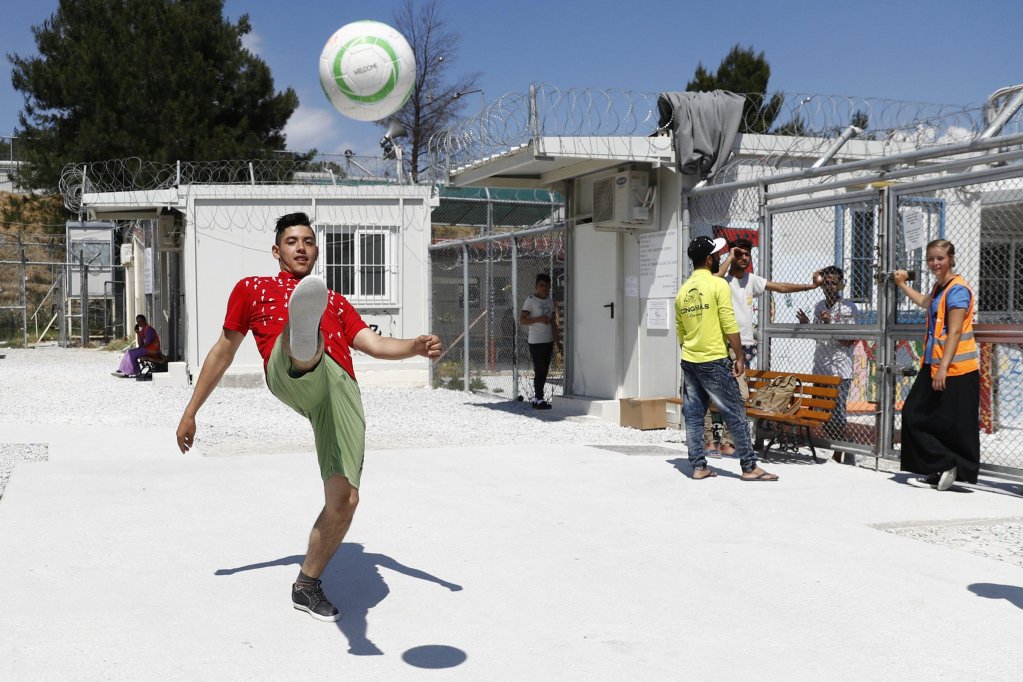 Although there are over 5,000 unaccompanied minors present in Greece, there are currently only 49 shelters for them with a total of 1,212 places. The islands offer less than 200 places between them. Here again the vast majority of the unaccompanied minors come from Afghanistan (around 43%), while 24% come from Pakistan. 10% of them hail from Syria, and about 24% are attributed to various other countries.

Perhaps because of the lack of places, the vast majority of unaccompanied minors are staying in reception and identification centers, and there are only 300 safe zone places across the whole country. Almost 500 have been offered accommodation in hotels and just over 1,000 in shelters.

In August 2019, UNICEF announced that the numbers of unaccompanied minors in Greece had reached levels last seen in 2016 at the height of the so-called refugee crisis. Since August, the situation on the islands has only got worse, with hundreds of migrants and refugees arriving every day from Turkey by sea, including minors.

At that time, UNICEF called for European governments to get involved to help increase the speed of transfers of these children to the mainland. They said, "Greece cannot support refugee and migrant children alone.  It is vital that European governments increase pledges to relocate unaccompanied and separated refugee and migrant children, and fast-track family reunifications for those who already have relatives in Europe."

For those who have been offered a place on the mainland in a dedicated center, life, however, is much better.  The UNICEF film 'Life in Limbo' highlighted this by featuring a few of the luckier youths, who were eventually transferred to the Greek mainland after a wait of several months. Once transferred, most of those interviewed reported better living conditions in shelters and hotels on the mainland. 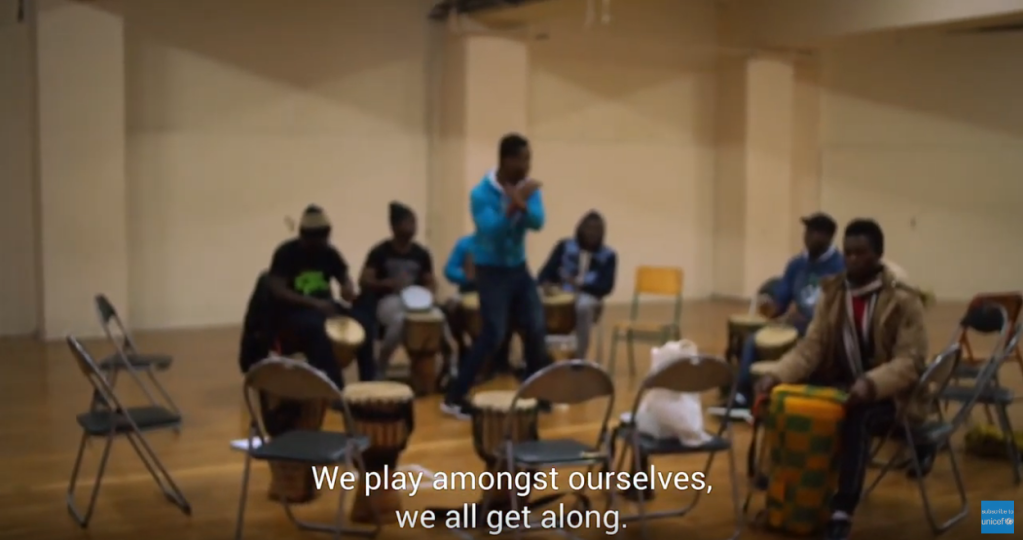 What is being done?

Currently, UNICEF are working with the Greek Government and EKKA to put into operation a new law on guardianship as well as expanding community-based care programs for refugee and migrant children. "This includes," states a UNICEF document dated September 2019, on the response to the situation across the Mediterranean, "developing professional guardians, revising the national strategic plan for accommodation and care of refugee and migrant unaccompanied children," as well as building on their training of frontline staff proficient in stress management and clinical supervision.

The charity is working on improving access to formal educational opportunities in Greece as well as offering digital learning in Greek and English while increasing the numbers of centers which can offer some kind of education for the children, many of whom have seen their education interrupted for several years already. As well as pushing for more education, UNICEF monitors and protects children's rights across the country. UNICEF has identified "a very high rejection rate for unaccompanied children - 56% - in addition to low levels of family reunification transfers to other European countries."

They are advocating for this trend to be reversed and for things to improve for unaccompanied minors still awaiting decisions on their asylum claims or waiting for places in centers around Greece.