African refugees in Rwanda do not want to stay

African migrants and refugees relocated to Rwanda are relieved to have escaped the hellish conditions in Libyan camps. But they will not give up on their original goal to reach Europe and are starting to feel restless.

More than 200 African refugees have reached the Gashora Emergency Transit Center some 60 kilometers (37 miles) south of the capital, Kigali, since Rwanda's President Paul Kagame signed an agreement with the African Union and the United Nations High Commission for Refugees (UNHCR) in September. Kagame promised to accommodate up to 30,000 asylum seekers who had crossed the continent in an attempt to reach Europe and the US, only to end up in Libyan camps under inhuman conditions.

On a visit to the transit center, refugees told DW that life in Rwanda is much better than the horrors they experienced in Libya. They confirmed they were integrating well with their host community. But they also said they had fled their home countries and left their families behind in search of a better life. Being in a camp with better living conditions in Rwanda does not mean that they will abandon their dream to live in the rich West.

Resettlement in Europe is not a given

Fourteen-year-old Abir from Eritrea, who chose not to give his full name, left his country at the age of 11. Together with a group of friends he spent almost three years at a detention camp in Libya. Like the majority of refugees here he is not willing either to return home or to stay in Rwanda any longer. "Rwanda is good but we are still not satisfied because our final destination is not Rwanda but Europe," he told DW. "That is why I am not happy in Rwanda until I get to my final destination." 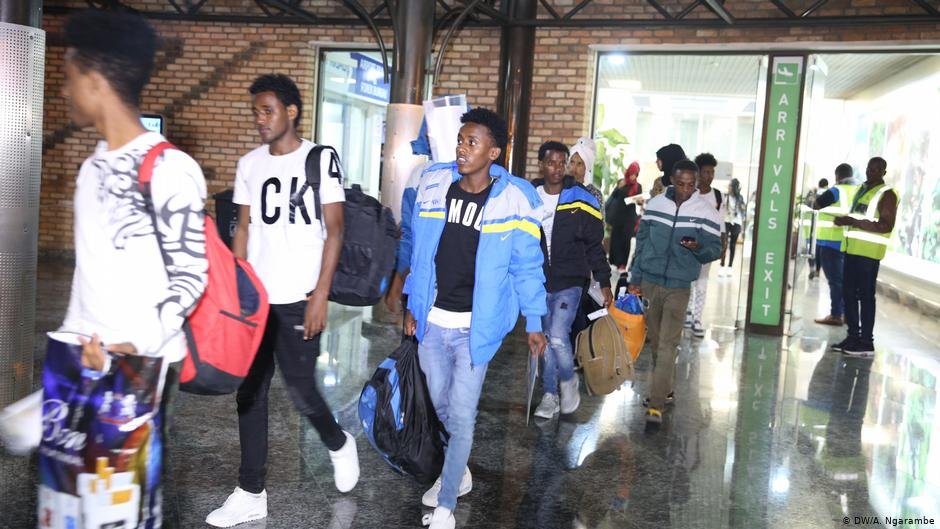 27-year-old Samir, also from Eritrea and not willing to give his full name, has no issues with his Rwandan hosts and would even consider marrying a Rwandan woman if it weren't for his difficulties with the language. But he does not want to stay. "According to the law and obligation of the UNHCR, we are asylum seekers and as asylum seekers we need a durable solution in a European country," he said.

But the UNHCR does not see it quite like that. Elise Villechalane, spokesperson of the agency in Rwanda, told DW Africa by e-mail that transferral to the West is not a given for asylum-seekers: "Resettlement is not granted and will depend on the readiness of resettlement countries to welcome them. In addition, resettlement is not the only durable solution available for refugees."

Those in the center found not to require international protection will be either assisted in returning home or given the possibility of regularizing their status in Rwanda.

Criticism of the UNHCR 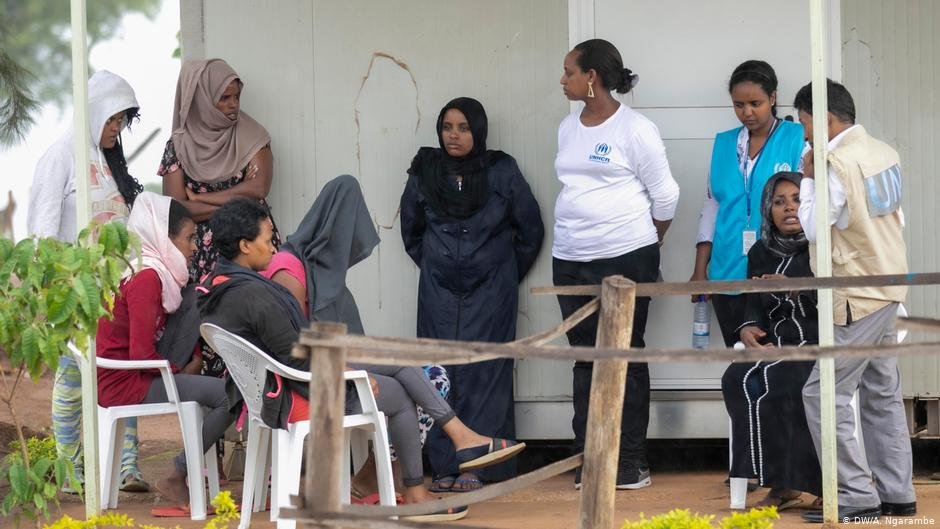 Jean Claude Habananimana, a football coach for both the local team and that of the asylum seekers, says the two communities are getting along very well. Sport is helping the refugees better cope and integrate. They are learning the language and about Rwandan culture through several programs. "Between us and the refugees, there is no problem. We are happy with each other and we always play football against each other as a means of helping them integrate," he told DW.

In the meantime, the UNHCR is providing shelter, education, food items, basic hygiene products and health care services for the people relocated to Rwanda. But Samir, who fled poverty and political insecurity in his country, says the situation at the center is not what he and other refugees expected, because basic needs are not met: "We have no clothes. We have food and water, but no cash for bathing and washing soap."

The UNHCR says that at some point the refugees will receive cash. "But this will require the creation of bank accounts (like for other refugees) and it will take time, " Villechalane explained. "In addition, most of them are unaccompanied minors for whom creation of bank accounts or mobile money transfer is possible. We then need to find a solution for them as well."