Basma, Jad and Ma'zooza are about to join the Sesame Street family. The trio of new Arabic-speaking characters will help teach children in the Middle East to read and write, as well as process the trauma of displacement.

All three new Arabic-speaking Sesame Street characters — Basma, Jad and Ma'zooza — are intrepid and will address serious topics like trauma in a manner that is accessible to children, as these are issues many refugee children in Syria, Jordan, Lebanon and Iraq are confronted with every day.

Sesame Workshop, the nonprofit organization behind the Sesame Street show, has teamed up with the International Rescue Committee (IRC) to produce an entire season of episodes with the aim of bringing a smile to refugee children's faces, help them learn the alphabet and develop numerical skills — but also better process loneliness, fear and despair. 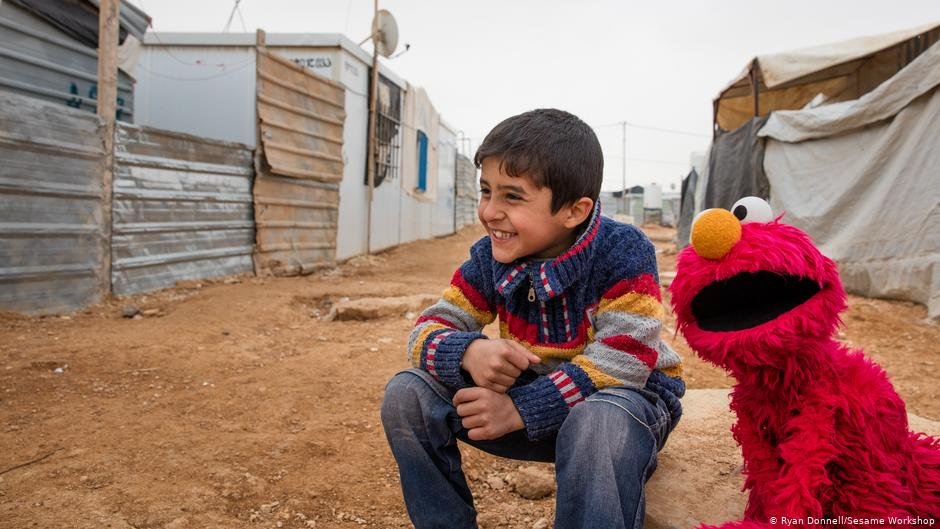 The show is called Ahlan Simsim, which translates to Welcome Sesame, and will premiere in February 2020. Executive producer Scott Cameron wrote, "We also know from research that these 'emotional ABCs' are especially important for kids who've experienced the trauma of war and displacement, as is the case for so many children in the Syrian response region."

The show will feature Basma, Jad and Ma'zooza teaching children about and better process human interaction and emotions. Cameron described Basma as a "purple-furred Muppet" who is "a born performer" with a "special ability to create music and sound effects." This, he wrote, can "come in handy when she can't quite find the words to express herself." 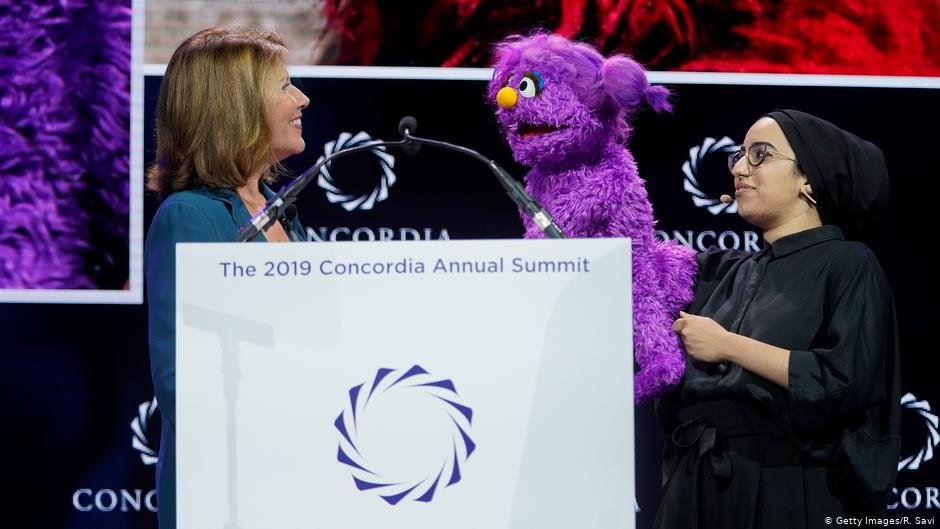 Basma is 6 years old, just like her yellow Muppet mate Jad, is new to the Ahlan Simsim neighborhood, loves to paint and carries a paintbrush from home. In a video with snippets from the new show, Jad alludes to his difficult past, saying, "I did not bring my toys, I had to leave them behind when we came here." His paintbrush and the absence of toys indicate that Jad is a refugee. The two characters are accompanied by a baby goat character named Ma'zooza.

Some 6 million Syrians have been forced to flee their country, most of them to neighboring states, according to the United Nations High Commissioner for Refugees. About half of these refugees are under the age of 18. For them, getting an education abroad represents a serious challenge. Additionally, there are over 6 million internally displaced people within Syria who have lost their homes and experienced death, violence and destruction.

Featuring three new Muppets combined with a few familiar friends, our new show in the Middle East #AhlanSimsim will allow refugee children and their new neighbors to learn, feel more connected, and give them a reason to smile. Learn more: https://t.co/H1iJs99GJi pic.twitter.com/6f5J8EaUHy

IRC director David Miliband says these children are deprived of a normal childhood and "risk growing up with violence as a normality."

Several psychologists, linguists, authors and artists met in Lebanon and Jordan for workshops to swap ideas, brainstorm and develop a basic concept for the new Muppet show — no simple task, as the IRC said refugees on average spend 20 years living abroad and experience immeasurable trauma.

Sherrie Westin, the director of Global Impact and Philanthropy for Sesame Workshop in the United States, said they endeavored to ensure the new Sesame Street show features relatable situations and characters from the Middle East to truly connect with refugee kids.

Incidentally, Basma, Jad and Ma'zooza will be joined by Muppet celebrities Grover, Elmo and Cookie Monster – who're already well known in the Middle East, as Sesame Street premiered in Kuwait in 1979 until it went off the air in 1990. Sesame Workshop also broadcasts "Iftah Ya Simsim," or "Open Sesame," in the Persian Gulf.