The European Union’s new Commissioners take up their posts on December 1 2019. So how will the EU’s future migration policy shape up under Commission President Ursula von der Leyen and her team. InfoMigrants takes a look at what might come to pass in terms of migration to Europe.

Future predictions are always difficult, even more so when that future is dependent on policies, laws and pronouncements from a notoriously unwieldy entity such as the European Union. With 28 countries, currently, a Commission, a Parliament, several headquarters and many different political parties and blocs there is not just one EU policy towards migration. However, there are already some indications of the direction of travel for the EU in the coming months and years.

Ursula von der Leyen is a seasoned politician in Germany’s ruling Christian Democrat (CDU) party. Most recently, she served as defence minister under Angela Merkel until she was slated to be the European People’s Party candidate for commission president this summer.

Even before taking office, she gave hints as to how her commission would approach migration. As the European Parliament confirmed her appointment on November 27, von der Leyen promised that she would make migration a “core topic” of her presidency.

As she was forming her commission, von der Leyen was criticized for creating a Commission Vice-President post entitled “Protecting our European way of life.” This post was handed to the Conservative Greek New Democracy politician Margaritis Schinas. After much protest that she was playing to far-right rhetoric, this post was finally changed to “Promoting the European way of life.” 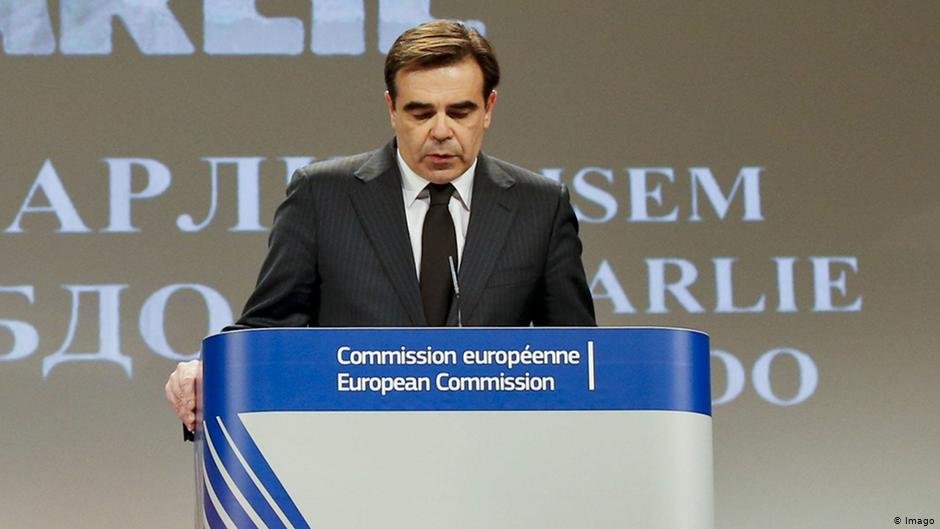 Schinas is another seasoned politician who began his career in the European Commission in 1990. Most recently he has served as chief spokesperson for the Commission, a post he has held since 2014. According to the European Parliamentary Research Service (EPRS) in a briefing paper, part of Schinas’ new brief will be: To oversee “well-managed legal migration [and make sure there is a] smooth integration of migrants and refugees; [as well as finding] common solutions on migration and security based on European values and responsibilities.”

According to the EPRS briefing paper from October 2019, the European Parliament has “repeatedly called for an ‘ambitious and targeted’ revision of the Blue Card Directive to enhance rules on entry and residence of qualified third-country nationals.”

Like von der Leyen the parliament has been pushing to reform the Dublin Agreement and create a centralized EU asylum system.

Ylva Johansson is a Swedish politician who will be taking on the EU Commission’s Home Affairs portfolio. On November 27 she was busy briefing the European Parliament “on the migration and security challenges ahead.”

In @Europarl_EN today
Briefing Swedish media on the #migration & #security challenges ahead in the @EUHomeAffairs portfolio. pic.twitter.com/PoRnH9SxCM

Frontex and @EURightsAgency just signed an agreement to work together on the establishment of Frontex Fundamental Rights Monitors – an important task in our new regulation. Grateful for FRA's support, which will ensure that the monitors come on board fully equipped pic.twitter.com/O6560X7jWR

Integration will be a key element of the new and positive agenda on #migration of the next @EU_Commission . This @EURightsAgency report is a timely and important contribution. https://t.co/6g6CYfxLuL

Johansson is no stranger to the issue of migration and integration. She has served in a number of ministerial roles in Sweden. According to an October briefing by EPRS, in 2014 she was appointed Minister for Employment and Integration in Sweden. In her introductory speech to the European Parliament she pointed out that she had also been in charge of integration and migration in 2015 in Sweden. That year, she pointed out was the year “Sweden received more refugees than any other member states accorded per capita.” She said that she is “proud that Sweden could give shelter to so many refugees during this time.” She added that she was also proud “that many of them now are integrated into society and contribute to the economy.”

A report in October 2019, about the EU's policy and progress on migration over the term just finishing, said: “The EU is continuing to bring protection to migrants and refugees, to help member states under the most pressure, to build a strong external border, and to work in-depth with partners worldwide. All this work has made the foundations of EU migration policy much stronger than when the crisis broke in 2015.”

The report concluded: “The right basis is now in place in order to complete the work of putting in place a strong and effective European migration and asylum system, respecting solidarity and responsibility and delivering results.”