Libya: Are some migrants being 'starved out' of UNHCR-administered gathering and departure facility?

A group of migrants staying at a gathering and departure facility (GDF) in the Libyan capital Tripoli have been accusing the UN Refugee Agency UNHCR, which administers the camp alongside the UN-backed Libyan government, of "starving them out" in order to relieve pressure on the over-crowded and over-burdened facilities. A charge the UNHCR denies.

“The UN is starving us so we will leave the center,” said Massaoud (not his real name) to InfoMigrants French. Massaoud, who didn’t want to reveal his nationality for fear of reprisals, is one of about 400 people who arrived at the gathering and departure facility (GDF) at the end of October after being freed from the Abu Salim prison on October 29.

Massaoud and the other migrants from Abu Salim are gathered in a hangar next door to the main GDF facility. About another 800 people are lodged in the main center, a facility which the UN states has a capacity for just 600.

Massaoud told the InfoMigrants French team that his group had not been part of the main food distribution network since their arrival. For the last few days, he claims, they have also been forbidden from joining the other migrants in the main center. Ahmed (also not his real name) confirms Massaoud’s account. He told InfoMigrants French that the authorities were treating the two groups differently.

‘Denied food to make them leave’

The journalist Sally Hayden, who specializes in human rights themes and has a number of contacts with migrants on the ground in Libya, wrote a similar story in the Guardian newspaper on November 28. In her article, she claims that an unnamed aid worker has confirmed that refugees are “being denied food in order to motivate them to leave.”

“They are starving the population inside the [facility]. They’re just trying to starve them to motivate them to leave." https://t.co/sj4RuUZjke

Hayden adds that an International Organization for Migration (IOM) assessment found that a group of people in the GDF (including 100 minors) are “currently starving, apart from some food that other refugees manage to sneak out of another part of the center.” Hayden also claims that this group of migrants “last received food assistance a couple of weeks ago.”

Hayden then cites an internal UN document, which was being “circulated among UN staff on Tuesday,” as evidence of this policy of starvation. Following Hayden's article, a press release containing some similar information has now been released by the UNHCR press team. Hayden posted that on her twitter feed on November 29, stating the UN had confirmed that it was “phasing out food catering.” However, the full text of this press statement puts the situation into a bit more context.

UN Refugee Agency statement from last night confirms it is "phasing out food catering" at the GDF & "reassessing the role" of the centre. https://t.co/b6zAgewqFg

Situation more complicated on the ground

In the press statement released late Thursday November 28, the UNHCR explains the reality of the situation their teams and the migrants are facing in Libya. In the first paragraph they confirm that they are looking to “increase” their support to refugees and asylum seekers “in urban areas of Libya,” but however they are “reassessing the role and functioning of the GDF.”

The statement goes on to say that there are “some 40,000 refugees and asylum seekers living in urban areas, some of whom are extremely vulnerable and in desperate need of support.” The UNHCR hopes to offer that support in the future via Community Day Center (CDC) in Gurji, a district of Tripoli. At the CDC, those in need can “access primary health care, registration and cash assistance to help meet food and accommodation needs," the UNHCR states.

The press release acknowledges the presence of some 400 people who had been detained in the Abu Salim detention center, as well as “about 200 people from urban areas.” The statement admits that these groups are “part of a broader population of asylum seekers, refugees and migrants who are vulnerable and exposed to risks in Libya – but have not been prioritized for evacuation or resettlement.”

Filippo Grandi, UNHCR’s High Commissioner for Refugees rejected the claims in Hayden’s report. During a visit to Greece, he said that he found the accusation “offensive.” In response to questions from journalists, he replied: “I don’t know where you read that report. Us, starving refugees and migrants in Libya? When my colleagues day in, day out, risk their lives to access people that are often detained by criminal gangs?” the news agency AFP quotes Grandi as saying.

UNHCR however admits that the situation inside the GDF is “unsustainable” and adds that because of the overcrowding and expectation of humanitarian assistance from so many the GDF can “no longer function as a transit facility, [and is] hampering UNHCR’s ability to evacuate the most vulnerable refugees, for whom solutions outside of Libya have been found, out of detention centers and to safety.” 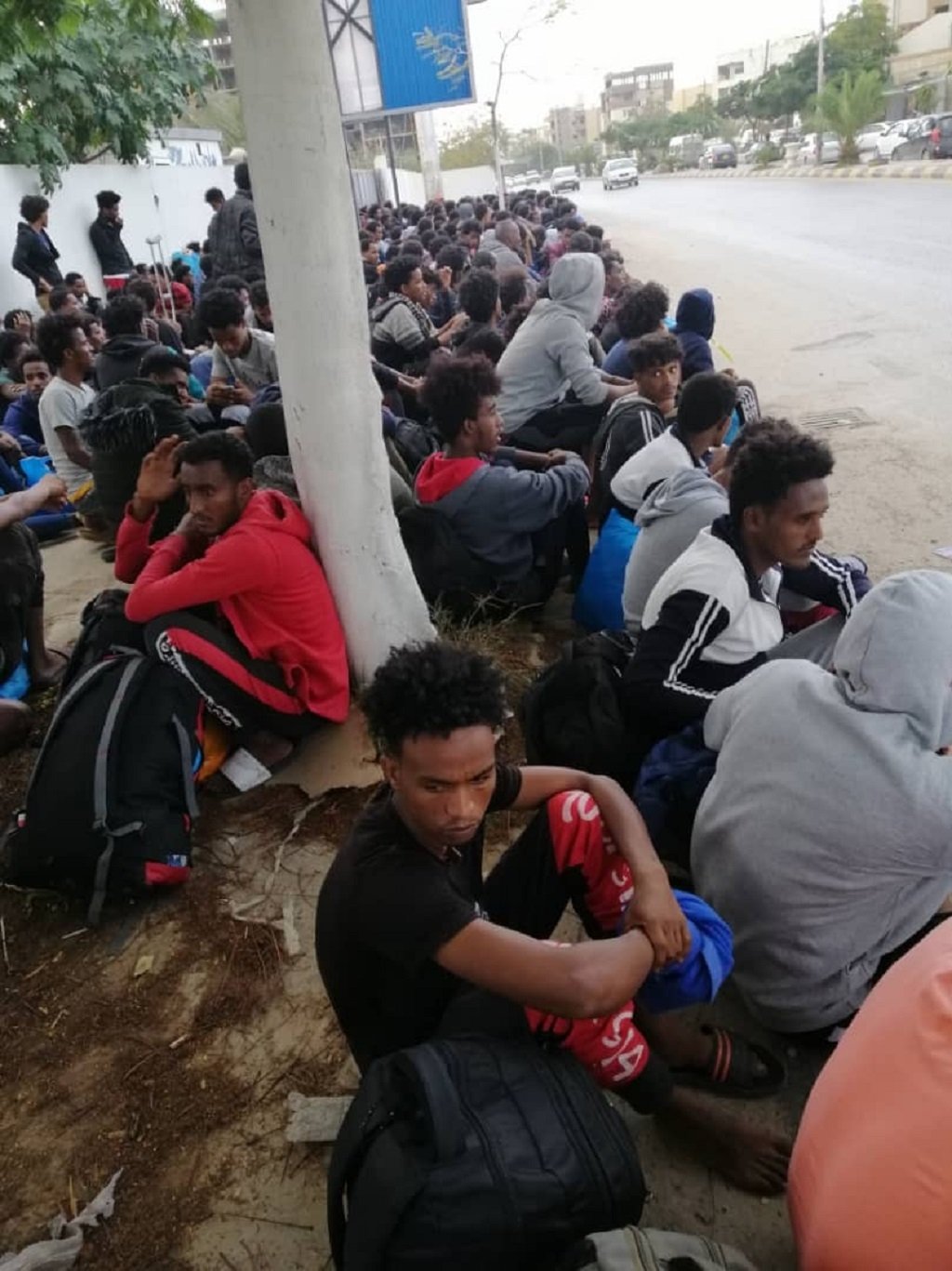 Who is running the GDF?

The UNHCR spokesperson in Libya, Tarik Argaz, confirmed to InfoMigrants that it wasn’t UNHCR who was running the GDF directly but rather a part of the Libyan Interior Ministry (DCIM) which was in charge of the center’s boundaries. According to Argaz, the DCIM are only letting in a few representatives in to the main center to buy food and drink for the rest of the group.

Jean-Paul Cavalieri, UNHCR’s Chief of Mission noted that the GDF had “de facto become an open center for urban migrants and asylum seekers.” The UNHCR said that once they had put a “broader package of urban assistance in place, [they would] phase out food catering at the GDF in the New Year.” They added though that their teams would “continue to inform and counsel individuals who informally entered the GDF about their options and the availability of the urban assistance package.”

Any assistance received did not “rule out the eligibility for possible future evacuation or resettlement outside of Libya,” said the UN. They cited the case of four individuals “who accepted the package [and] have been assessed as eligible for humanitarian evacuation following protection interviews.” 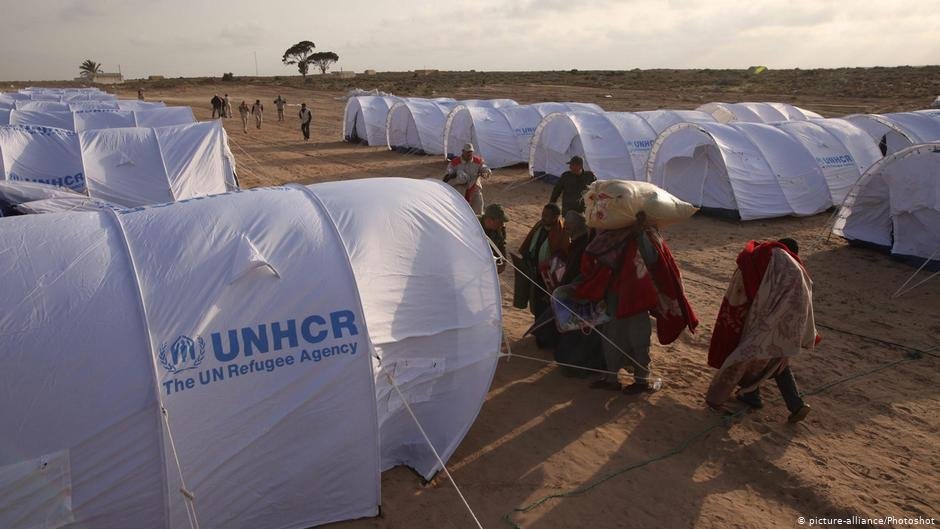 UNHCR reiterates though that the option of resettlement is “extremely limited, with the number of available resettlement places worldwide being far outstripped by the needs.” To put this into context, they say that “less than 1% of refugees identified by UNHCR as in need are able to be resettled each year.” They urge the international community, once again, to come forward and “help us evacuate more refugees in need of resettlement to safety.” 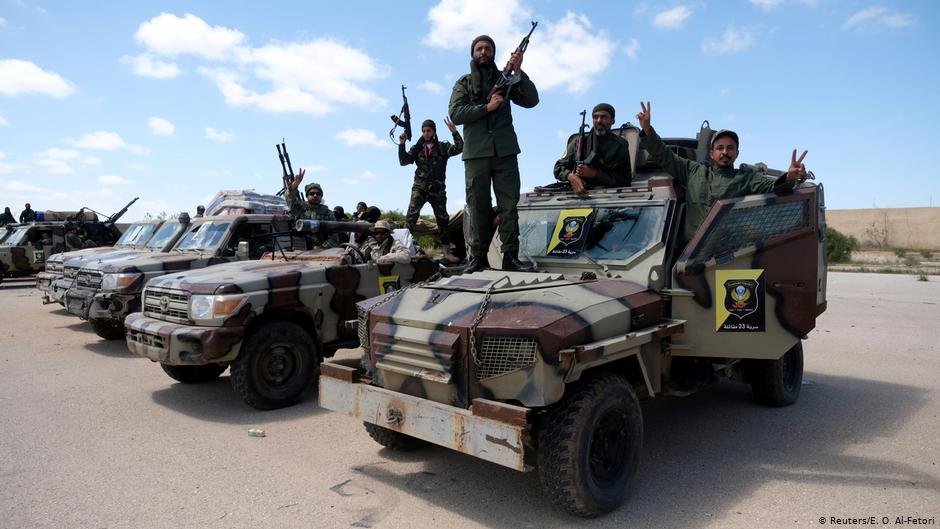 Massaoud told InfoMigrants that he had been told by the camp’s authorities to leave the center and “integrate into Libyan society.” But, he complained, “what will I do outside? It is too dangerous.” Argaz from the UNHCR said that if people decide to leave the center voluntarily they will be offered two months financial assistance to buy articles of necessity like a mattress, bedding, clothes, hygiene kits and they will be given access to medical care. But, since the beginning of July, only 40 migrants have taken up this offer.

One Eritrean man who had taken up this offer told the Guardian that he had been shot at last week “by men in police uniforms,” who he claimed were trying to rob him. Others claim the payments are not enough and they continue to be in danger. The migrants outside the main facility claim they will stay until someone helps them, or until the authorities use force. One man told the Guardian “[We have] no option until UNHCR gives us a positive response. Even if they leave we will stay here. We have no option, we will not go anywhere. There are no safe places in Libya at this time.”