The Libyan coast guard has reportedly taken 30 migrants off the supply ship "OOC Panther" that rescued them on Saturday in the Central Mediterranean. According to charity search and rescue groups, armed Libyan guards had previously boarded the ship in an attempt to force the migrants to return to Libya.

30 rescued migrants were taken on Sunday off the supply ship "OOC Panther" by members of the Libyan coast guard. They had been rescued from the sea north of Libya the day before by the commercial vessel.
Nicholas Romaniuk from the non-government organization SOS Mediterranee said Monday that he had contacted the Panther and been told that the migrants had been taken back to Libya. The news was reported by Phillipp Saure from epd, who is on board the NGO rescue boat Ocean Viking, operated by SOS Mediterranee and Doctors Without Borders (MSF). Saturday, November 30: Libyan guards try to force migrants off OOC Panther
Romaniuk said the Ocean Viking was unable to take the migrants because maritime authorities would not permit it. He stressed that commercial vessels were also bound to conduct rescue operations, according to epd. But he added that Europe should be using its own vessels for rescue missions in order to prevent deaths and take the pressure off commercial ships.
Over 120 rescued migrants stranded
The Ocean Viking on Sunday requested permission from both Italy and Malta to disembark 60 migrants, including a 3-month-old baby and his 3-year-old brother, rescued on Thursday. Malta responded that it was not the responsible authority, epd reported. 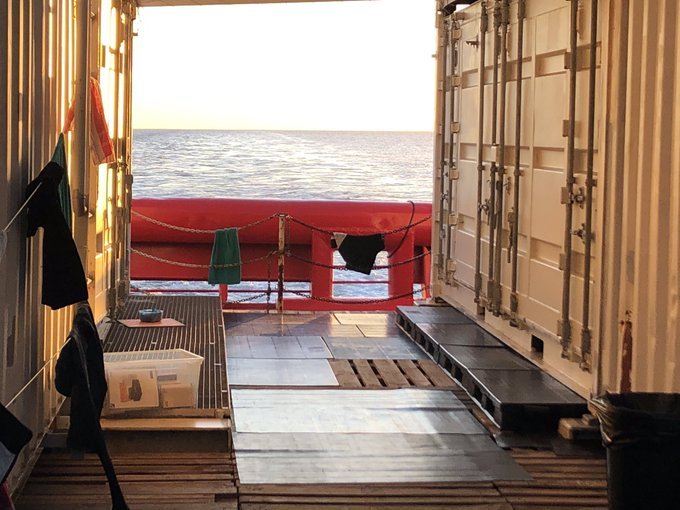 Also on Sunday, 69 rescued migrants remained on board the Alan Kurdi, which is operated by the German NGO Sea-Eye. The boat had rescued 84 people from the Mediterranean on Thursday. 15 migrants, including infants, had been evacuated, but Sea-Eye spokesperson, Julian Pahlke, said the rest were still unable to leave the boat and tweeted that the situation was "getting worse."