53,000 migrants, some with refugee status, have been evacuated from make-shift street camps in the Paris area over the past four years. Yet the camps keep springing up and hundreds are being forced to sleep rough, as the French authorities fail to find a solution.

"This is not a migratory crisis, this is a reception crisis," said activist Chloë Guerber-Cahuzac in a documentary aired last week on the radio station France Culture. Guerber-Cahuzac has herself made a film about the problems of reception and dealing with migrants in Paris "En Territoire Hostile" (In hostile territory).

In the radio documentary by Raphaël Krafft, Guerber-Cahuzac talks about how the Parisian authorities, through their actions and policies of clearing makeshift camps, have been spreading anti-migrant sentiment in the city. 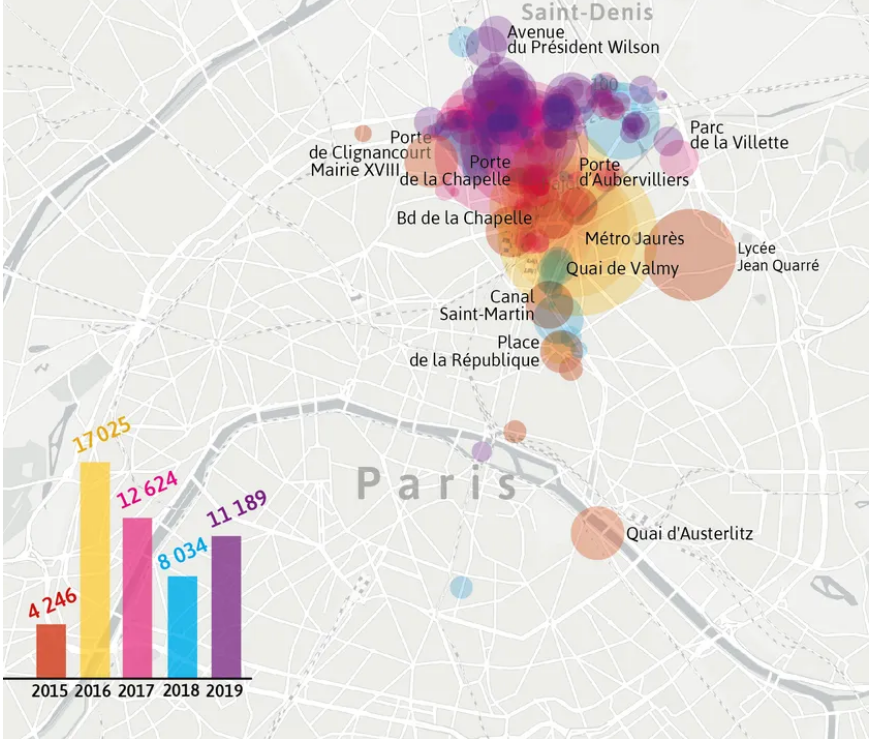 Not true, says the City of Paris which, like Barcelona, Lesbos and Lampedusa, is a self-declared "city of sanctuary." These cities have committed to providing better reception conditions for migrants at a local level.

The woman in charge of programs for refugees and migrants in Paris is Dominique Versini. She has been coordinating and supporting community efforts to welcome refugees since October 2015. Versini points out that Paris has already created two humanitarian centers to house some migrants and refugees while their cases are examined by the authorities. "There are loads of programs on offer," she writes in a report published in June; "from social services, health services, special centers for unaccompanied minors, cultural establishments, sports centers and French courses." 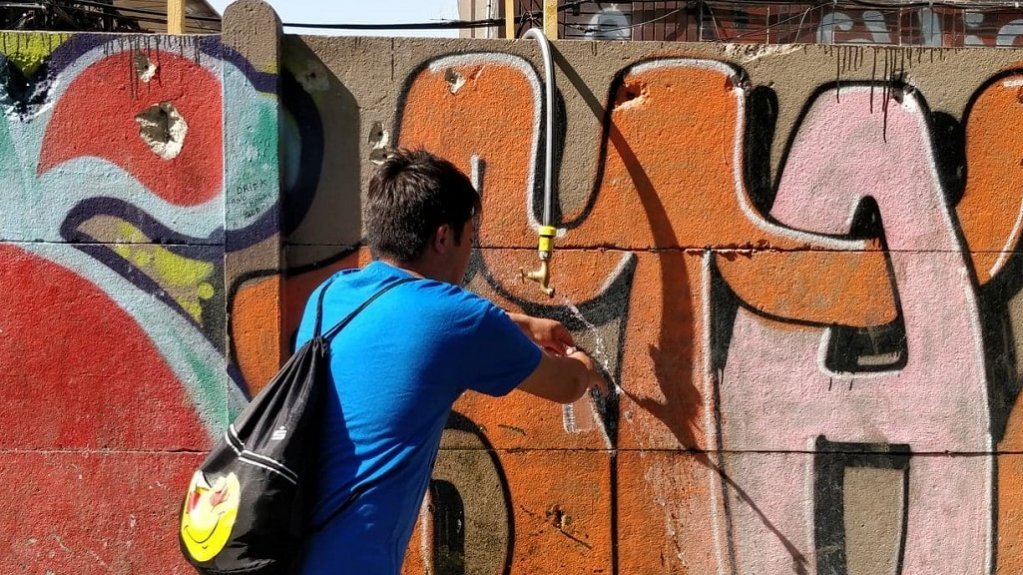 Versini points out that "lots of Parisians have spontaneously welcomed those who were looking for a refuge on our streets and helped to distribute food in roving soup kitchens and offering short-term beds for those in desperate need." She points to student networks who have tried to help refugee students, and businesses that have been working towards integration.

The June 2019 report underlines that, for example, 12 "solidarity restaurants" have opened since 2015, serving around 1,800 meals a day. The city says it has been trying hard to put those migrants and asylum seekers sleeping on the street into shelters. But it is this action which has been heavily criticized by migrant associations as well as the France Culture report. 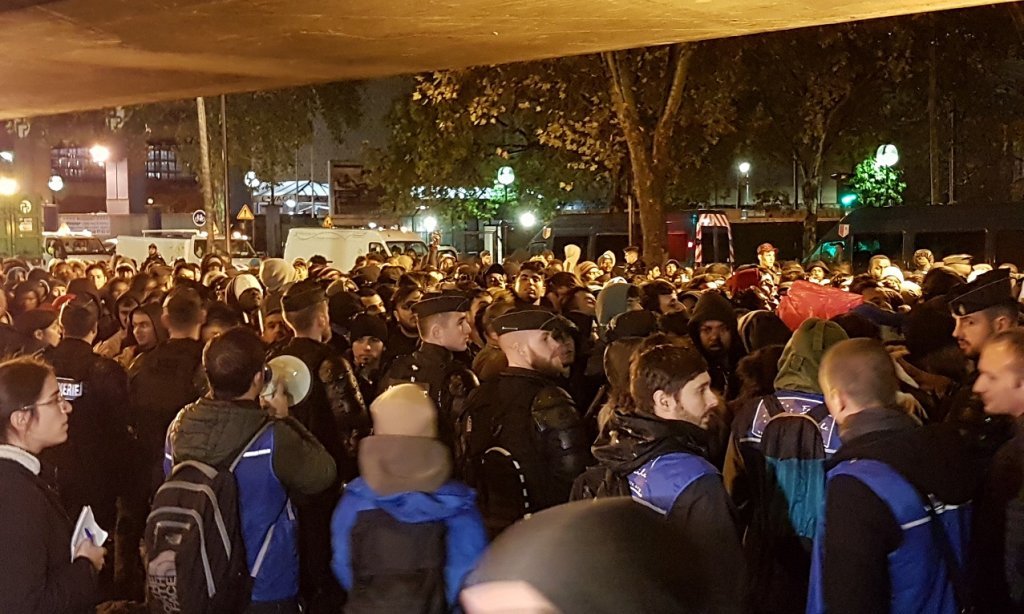 "We are ill, it is shit here. […] I am a recognized refugee, I have a job and I don’t have anywhere to live. […] So I sleep here," said one unnamed refugee to Krafft in the France Culture radio report. Krafft talked to the man during one of the clearings, during which several other people laughed bitterly at the "mad merry-go-round" of evacuations, buses to reception centers and then re-establishment of these make-shift camps which has been going on since at least 2015.

Louis Barda, General Coordinator for Médecins du Monde in Paris commented: "They know the camps will keep springing up, just more and more hidden […] which means more and more people will be in a dangerous situation." Barda pointed out that many of those who live in the camps have a "complicated administrative situation." Some may be refugees, but others are fleeing threatened deportation in countries like Germany or the Scandinavian countries. Still others are so-called "Dubliners," meaning people who, according to the Dublin treaty, should seek asylum in the first EU country they entered and do not have the right to seek asylum in France. 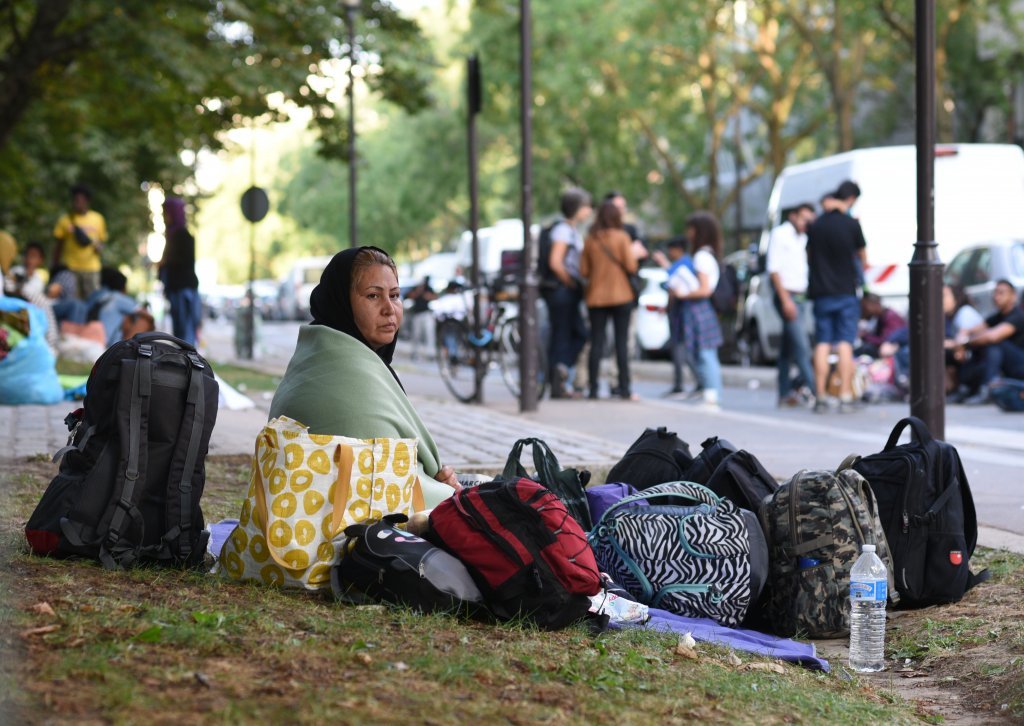 Krafft writes in his report that since June 2015 there have been 271 "evacuations" and "shelter operations" within the Paris region.  The difference is that in an evacuation the camps are dismantled after the residents have been bused to shelters, and when they are just taken to a shelter the tents are left in the area.

‘A waste of resources’

Either way, the camps often spring up again soon after. One Paris resident interviewed in Krafft’s report complains about the waste of materials when the authorities destroy the refugee and migrants’ tents and sleeping bags. "It is such a waste of resources," she says. 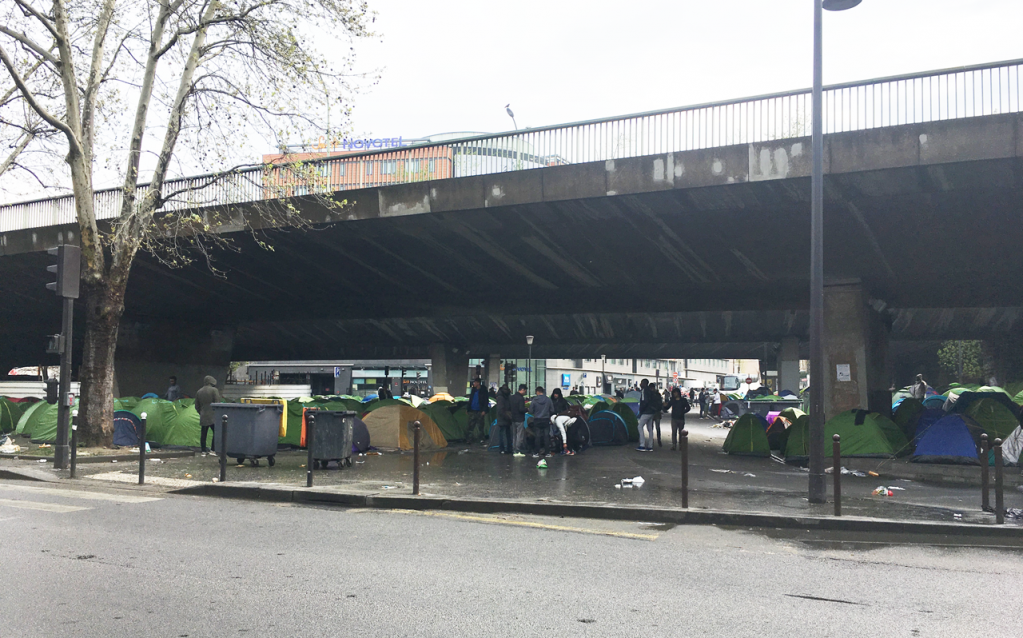 Groups working with migrants criticize the operations to clear the camps saying they are "inefficient" and "not big enough to meet the needs of those sleeping rough." In the 60th operation over the last four years in Porte d’Aubervilliers, which took place on November 28, InfoMigrants French wrote that hundreds of the migrants present in the camps could not find a place on the buses brought to transport them to shelters. In the end, about 500 families and some single men were put on buses.

However, one unnamed worker told Krafft that the offer of shelter is itself often hollow. "We know how it is, it is always the same," she comments. "They stand for hours in the cold, they are rounded up on buses and then they are taken to a shelter, only to be chucked out at 6 am the next morning, or after a few days."

The criticism is mounting. Utopia 56, an organization which works with migrants and refugees, signed an open letter along with 23 other associations and collectives to denounce the evacuations and "zero-return" policy of the authorities.

During the discussion that followed Krafft’s report on France Culture, it seemed that Versini and her team felt they had mobilized the public to start showing solidarity for those living on the streets. But the zero return policy and bulldozing of migrant camps tells another story.

Versini said that the Parisian authorities had managed to create two reception centers on their territory, but insufficient space was an issue. She said a coordinated response from the French government was another. Under the former administration and the Presidency of the socialist Francois Hollande, when evacuations and shelter operations were even higher (for instance in 2017), they had called for reception centers to "be built all along the migrant route," but that call had not been answered. 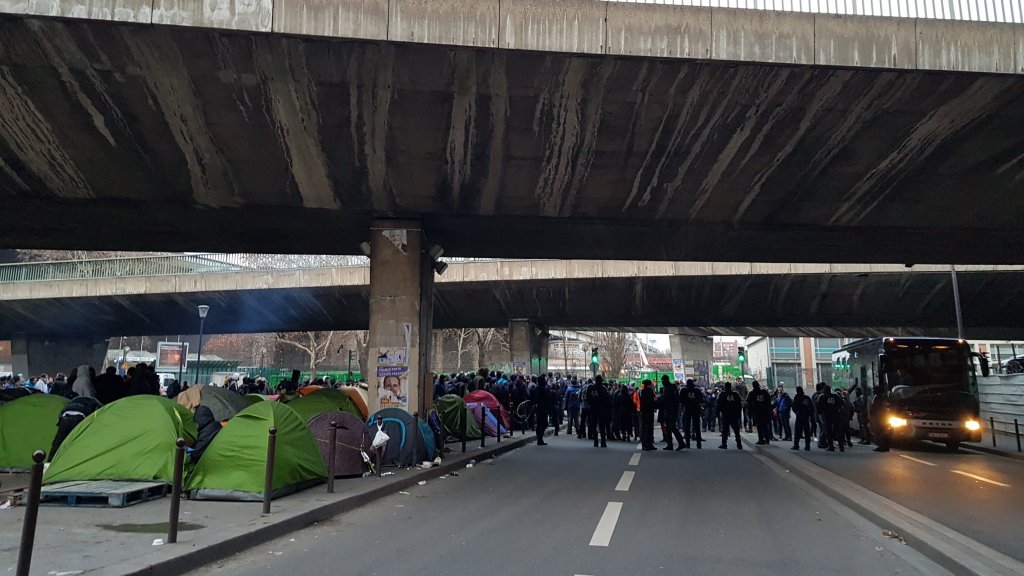 InfoMigrants French wrote that the Paris Prefecture has put a total of 19,000 people in shelters since January 2019. But that is still not enough, say organizations like Utopia 56. On November 28, Julie from Utopia 56 explained to InfoMigrants French, "This morning there were nearly 1,000 people waiting to get on the bus and be taken to a reception center. More than half of those stayed waiting on the pavement. And there are hundreds, hundreds more sleeping on the streets."

Those who have already had their asylum rejected, or are Dubliners, are turned out of the reception centers after a few days, "so they’ll be back on the street in no time," clarifies Julie. "I am sure that about three quarters of those who got on the bus this morning will be back in these camps in the next few days."

The authorities say that with temperatures expected to drop to below zero in December, they are determined to dismantle the camps in Paris and make sure that there is no possibility of return.

Where will people go who have no right to seek asylum in France?

So far this year, 11,189 people have been taken to shelters. In 2016, the number was 17,000 and in 2017 it was just over 12,000. This year, the majority of people were taken from camps in the north-east of the city, such as Porte de Clignancourt, Porte de la Chapelle and Porte d’Aubervilliers.

In a statement to the magazine La Croix (The Cross), Pierre Henry, the director of France Terre d’Asile (France land of asylum) sums up the problem: "Until France puts in place a durable reception system they will not solve the problem."