Temperatures in northwestern Bosnia have dropped below zero, leaving hundreds of migrants in a makeshift forest camp struggling for survival. A senior human rights envoy who visited the camp on Tuesday demanded its immediate closure.

As snow has fallen in northwest Bosnia and the temperatures have dropped below freezing, conditions in the Vucjak migrant camp near Bihac have now reached a critical state.

Some of the makeshift tents in the muddy, garbage-strewn camp have collapsed under the weight of wet snow and people have been trying to clear the snow from those still standing. Many of the camp's residents have no warm clothes or shoes and are wrapping themselves in blankets to try to keep warm, and walking through the snow in flip-flops or sandals to collect firewood. 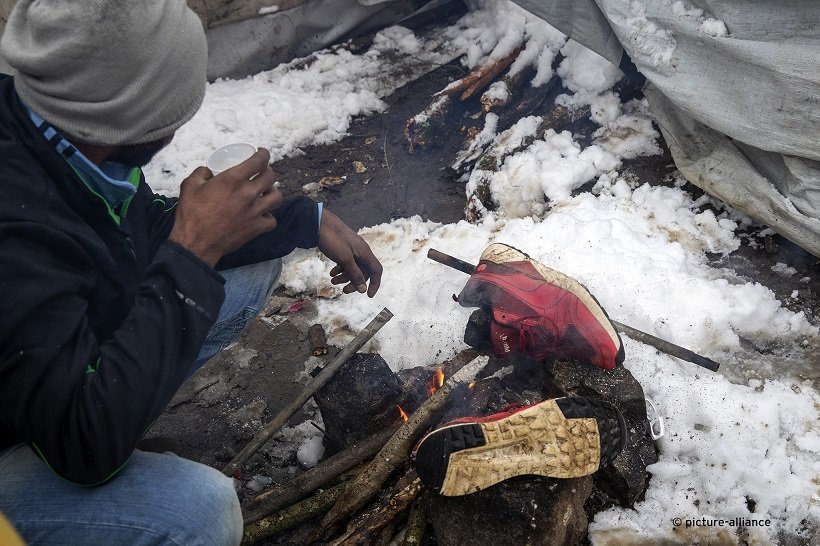 The camp was built in June on the site of a former garbage dump about 8 km from the Croatian border and accommodates about 600 people in tents. Surrounded by land mines from the 1990s Bosnian war, the camp has no running water, no electricity or heating and putrid toilets.

"People are people, not animals," said 24-year-old Mauloddin, an Afghan who set off for Europe more than three years ago. "You see, … it's very cold weather, [there is] no sleeping, no food."

Mauloddin is among the growing number of migrants to have arrived in Bosnia since Croatia, Hungary and Slovenia closed their borders against undocumented migrants. Hundreds remain in the Vucjak camp because no other accommodation has been found for them.

On Tuesday, a day after it began to snow in the area, Council of Europe Commissioner for Human Rights Dunja Mijatovic said Vucjak should be immediately shut down. "If we don't close the camp today, tomorrow, people will start dying here", she told reporters while visiting the camp. "Whose responsibility would that be? That is the question I ask everyone."

Mijatovic, a Bosnian national, said she was very upset by the situation. "I think this is a shame for Bosnia. The conditions here are not for human beings ... This camp should be shut down and these people should be housed in a warm place where they will get meals." 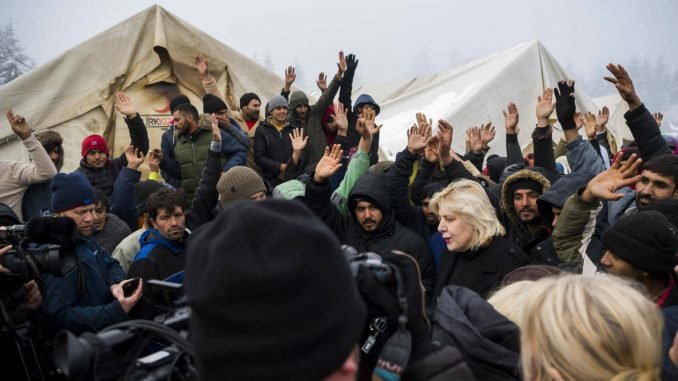 Several hundred migrants who were staying in the camp on Tuesday refused food and water to protest the situation.  The migrants are provided with one or two meals a day by the Bosnian branch of the Red Cross.

One of the protesters, Fazil Rahman from Afghanistan, said migrants "don't want the food,'' they just want to be allowed to cross into neighboring Croatia and move on toward Western Europe where they hope to start new lives. "They don't want it for lunch, they didn't want it in the morning, they don't want it at nighttime,'' he said. "People are asking just one question: to cross the border.''

Migrants at the Vucjak camp in Bosnia are stuggling to keep warm after heavy snowfall.

"This is not a place for human beings," says the human rights commissioner of the Council of Europe, @Dunja_Mijatovic. pic.twitter.com/RESeOuEV3N

In the past two years more than 52,000 migrants have illegally entered Bosnia, according to a security ministry official. Bosnian authorities have struggled to agree on where to house the migrants.

Bihac mayor Suhret Fazlic says he is aware of the difficult conditions in Vucjak. "We're really sorry that those people don't have more humane living conditions but, as a local community, we cannot offer an adequate solution," Fazlic said after meeting with Mijatovic on Tuesday.

"We in Bihac have been warning about this problem for a long time, but nobody did absolutely anything. Now, as the winter is arriving, everyone suddenly got concerned and humane," said Fazlic, according to the Bosnian cable TV channel 'N1'. "If someone in Bosnia and Herzegovina or Europe has a better solution and more adequate conditions, we won't stop them in that."

In addition to Vucjak, Bihac hosts several thousand migrants in three other centers, 'Bira', 'Borici' and 'Sedra'. "We're asked to expand capacities without any guarantee that those people will ever be relocated from the territory of Bihac," Fazlic complained. "That's unacceptable for us." 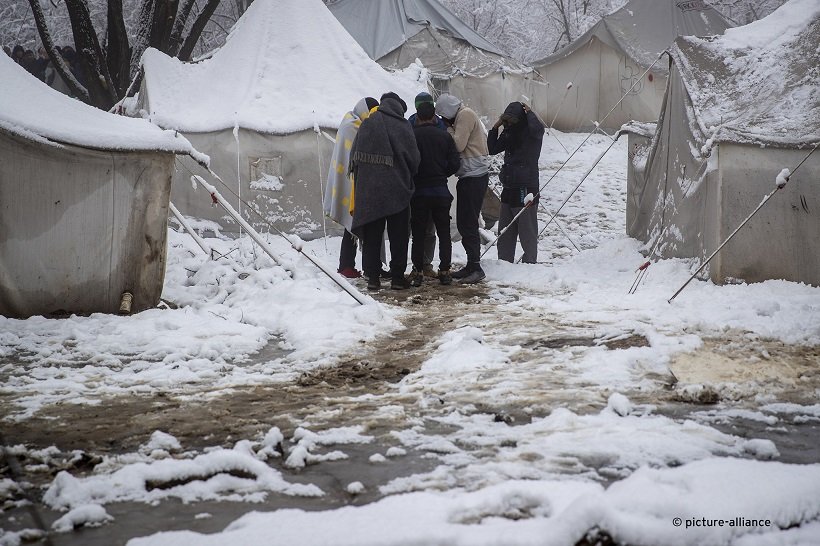 Move may come too late for some

The security minister, Dragan Mektic, said on Tuesday that the migrants would be moved to a facility near the capital Sarajevo in the next month. Speaking to N1, Mektic said works on a former barracks 'Blazuj' near the Bosnian capital were almost finished.

"We are obliged to provide humane treatment and capacities," Mektic said. "I feel responsible. All of us together, whoever performs a public duty, we shouldn't allow this situation."

But Selam Midzic, the head of the Red Cross in Bihac, warned that while the migrants wait to be moved to the new facility, they will have to suffer in freezing cold conditions and many will fall sick.