Italy: A refugee app, made by refugees

Migrants in the northern Italian city of Turin can now access a virtual map showing services from the closest toilet to the opening hours of the legal aid office. 'OASI on the street' - the app - was launched last week. Its creators, themselves refugees, hope that it will help migrants to make well-informed choices as well as offering immediate practical support.

"Having difficulties is not a problem, ignoring the difficulties is," said Turin’s Councillor for Integration Marco Giusta at Friday's launch of  'OASI on the street', the futura news website of the University of Turin reported. The OASI app,  which can be downloaded onto Android smartphones, is for people in the northern Italian city -- mainly migrants and refugees, but also locals -- who face "difficulties" like finding a bed for the night or something to eat, and accessing basic medical or legal services.
Response to migrant deaths
OASI is the creation of the Turin-based Mosaico Association (associazione mosaico), a migrant support group of people with refugee backgrounds. It was launched in 2018 in response to the deaths of migrants trying to cross the Alps into France. After tighter border controls were introduced in Switzerland and Austria, as well as at Ventimiglia, large numbers of migrants started trying to leave Italy via a route near the Col de l'Echelle pass from Bardonecchia, a town not far from Turin.
Unprepared for the high altitude and snow conditions, many of them succumbed to exposure and hypothermia. Mosaico turned to the local government, the charity Compagnia di San Paolo and Asgi, a group of immigration lawyers, to help find a solution. 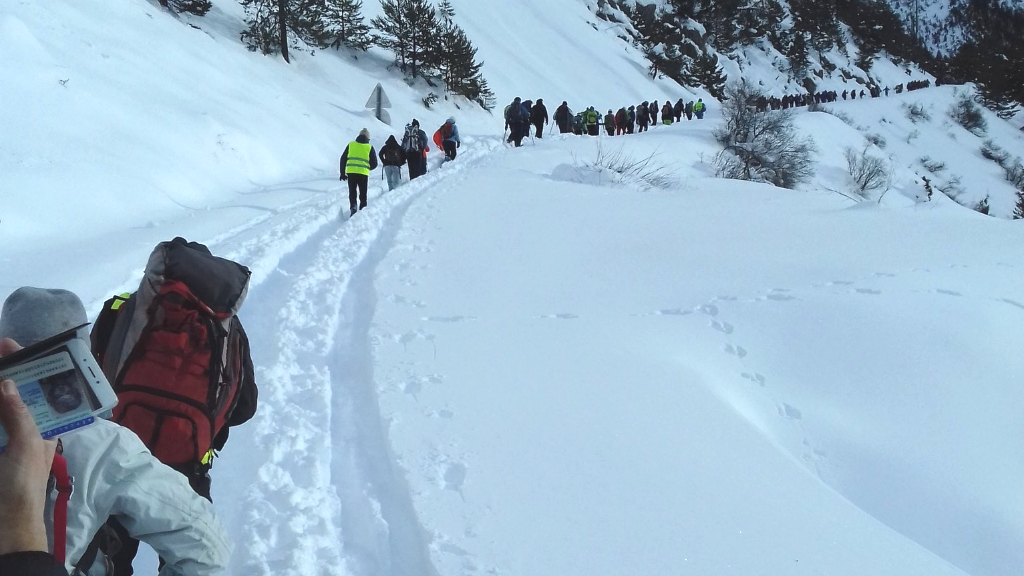 "We started working with the (Bardonecchia) municipality on warning people in the mountains about the dangers of the journey," says Yagoub Kibeida, Mosaico’s director. "We didn’t interfere with their decision to go but we wanted them to be aware of the risks, including of being returned by French border guards if they actually made it across," Kibeida said in an interview with the European Council on Refugees and Exiles (ECRE), where he is also a board member.
"However, we were only reaching people who had already embarked on the journey and we decided to warn people upon arriving at the local train station and hand out survival kits with basic things like warm cloth, soap, map of support providers, towels, tickets for local transport to ensure that they were not leaving out of desperation," Kibeida added.
From map to app
The migrants arriving at Turin's Porta Nuova train station were also given a paper map showing the services that could help them. Now reborn as a smartphone app, OASI on the street gives them access to much more. Developed by a small Italian company Web&Com, it is much like other refugee aid apps, such as RefAid, using geolocation to find services nearby. These services include: dormitories; meal delivery; clothes distribution points; health care services; public toilets; libraries and neighborhood houses. Unlike a paper map, the information is always up-to-date. 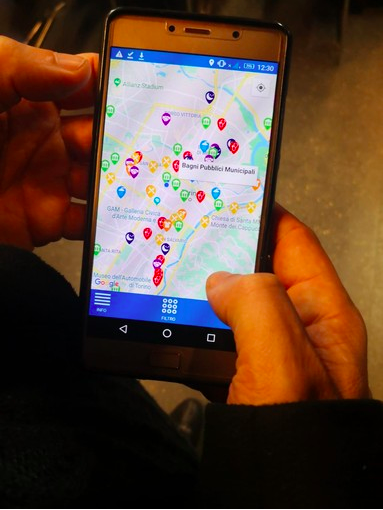 As well as helping migrants to find places to sleep and eat, an important function of the app is to connect them with legal and refugee advisory services and to ensure that they are supported to make decisions based on facts. Daniela Di Rosa, a lawyer involved with the project through Asgi, hopes this will encourage an understanding of the risks of leaving Italy.
While the changes to asylum law have resulted in some migrants' losing their residency permit, this should not cause them to be discouraged and run away, Di Rosa says in an interview with Nicola Teofilo on futura news (in Italian). "Unfortunately, some people go to France or Germany in an irregular way, exposing themselves to dangers during the trip."
"Think of the illegal crossing at the border with France during the winter season. There are risks to people’s lives. Before pursuing an impossible dream… it is important to consult a lawyer or an immigration expert, or a group like Mosaico," Di Rosa says. "These are the objectives of the new app."
OASI on the street can be downloaded on Android devices (4.1 and up) from Google's Play Store. Mosaico says it hopes the app will be available for iPhones within the next two to three months.