Omar: 'Some guys sold me a false story to tell the authorities. I am so angry with them now.'

Omar, which is not his real name, is from Sudan. When he told his story to InfoMigrants French, he was in an administrative detention center CRA in Rennes, on the point of being expelled. Here the 25-year-old recounts his migratory journey, which was marred by violence and betrayal.

Omar is a Sudanese migrant who had his asylum claim rejected. When InfoMigrants French met up with him, he was already in the Administrative Detention Center (CRA) in Rennes and on the point of being expelled, according to the non-governmental organization La Cimade which works with migrants.

La Cimade says that Omar was so lost when he arrived in France in 2015, after years of wandering and sleeping rough that he thought that telling a false story to the asylum authorities (OFPRA – Office Francaise de Protection des Réfugiés et Apatrides) might help him obtain asylum. He just wanted to make sure that all the dice were on his side, he says. But when he talked to InfoMigrants in November he was facing expulsion and had decided it was about time he tell his own story. He explained to InfoMigrants French how he went from living in Darfur to winding up in a French CRA.

"My name is Omar, I am 25 years old and I am Sudanese. At the moment [November 14, 2019] I am in the hospital in Rennes. I was beaten up by three other migrants inside the CRA because I didn’t want to give them any cigarettes. They hit me in the eye and I can’t open it at the moment. My back hurts too.

Yesterday I should have been expelled and sent to Khartoum, a city that I don’t know at all. They had booked a seat on the airplane for me but my deportation was canceled at the last minute.

"They just didn’t come and get me when I thought they would. I was so relieved but I know that I will be deported sooner or later. I don’t know when, it could be in a few hours or in a few days."

[According to La Cimade, Omar was eventually deported to Khartoum on Thursday, November 28. His first expulsion date was canceled because of a lack of police escorts. When InfoMigrants contacted the administrative authorities for the Loire Atlantic region – in which Rennes is situated -- they confirmed that Omar had been deported.]

"I come from Darfur. I grew up in a little village which is called Abu Srou with my parents, my brothers and my sister. When I was 13 years old, the Janjaweed [a militia whose name means ‘mounted gunmen’. They operate mostly in western Sudan and eastern Chad. According to the UN they are formed from mainly Sudanese Arab tribes. They are in conflict with Darfur rebel groups] arrived and wanted to shut down our village. They said that the villagers were part of the opposition groups against the Sudanese government. They burnt our houses down. My two brothers and my sister were killed. Lots of people died. As for my parents, I don’t know what happened to them, I never saw them again. 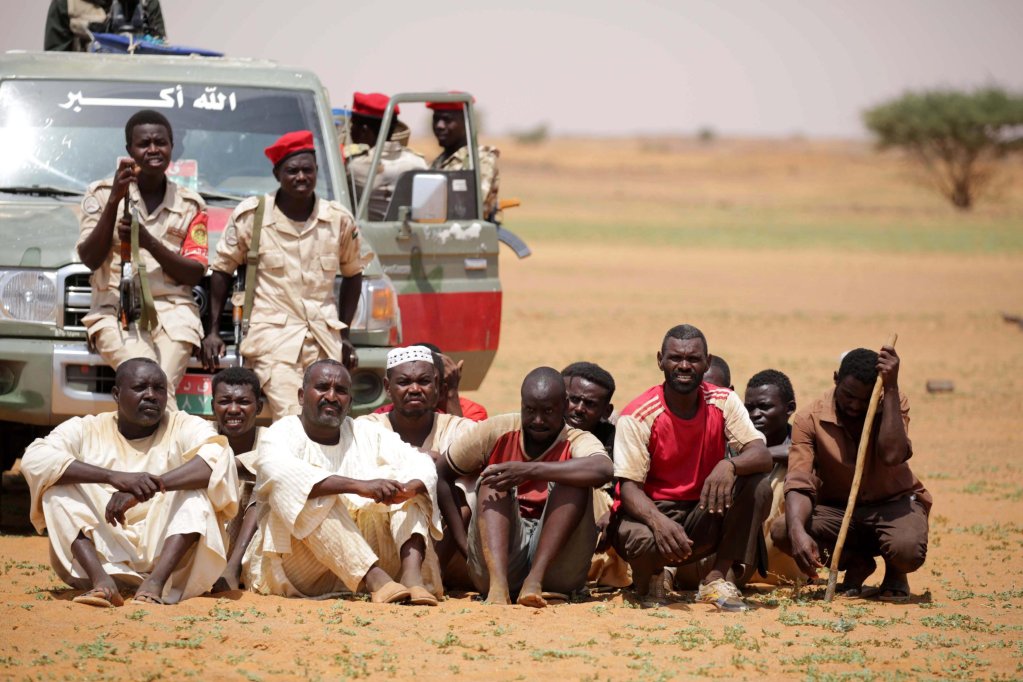 "As for me, I ran. I ran alongside everyone else who was running. We ran a long way, until we arrived at a village, whose name I don’t know. I was with my uncle. He said ‘stay there, I will go back to the village to find out what happened to the others.’ My uncle never returned.

"The people in that village said ‘you shouldn’t stay here, so I left and found my way to another village, then I went further and further until I finally arrived in Chad. I wound up in the village of Tina [on the border with Sudan]. I stayed there for a month. In Tina there is a big market. People come and sell every kind of thing, motorbikes, cows, etc. I lived in that market, I spent my nights sleeping in lorries. I met a man and he said that I could travel with him in his lorry. He transported animals between Chad and Libya. I left with him to make my way to Libya.

"We arrived at Om Al Araneb, at the border on the Libyan side. We were working and then a week later I realized that the man who had given me some work had no intention of paying me. I decided to leave. In that village I met an old man, he kept chickens. He offered me work on his farm which was situated in the region of Kofra. I accepted. My job was to look after his chickens, collect the eggs; clean out the cages. There was a lot of work to do. The farmer lived with his wife and their children. They had two sons in their twenties. They were all light-skinned and they often remarked on how black I was. They said that my body was not equal to theirs.

"After a couple of weeks, I asked for my wages but the farmer responded: ‘Where is your family? Don’t you have one? OK then, you can stay with me.’ After that, he became violent though. He said I was his slave, he hit me and shut me in a cage with the chickens. I asked him why he had done that and all he said was ‘you stay here.' 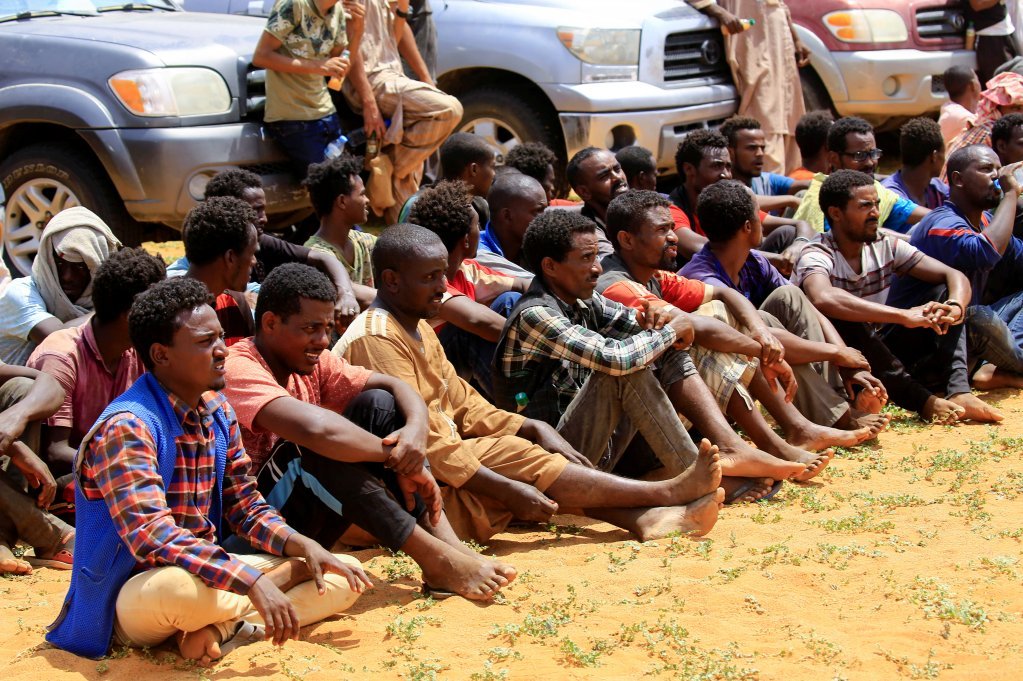 "The cage was outside in the full sun, I had to sleep there fully clothed. It was very uncomfortable and it was hard and there wasn’t much to eat. The farmer’s sons came outside regularly to look at me, sometimes they brought their neighbors too. They had six boys all in all. In that cage, they raped me almost every day. They tied up my hands and feet to wooden bars so that I couldn’t move. They would stay for one or two hours each time.

One day, a year after I arrived at the farm, I was able to escape. I ran and ran as fast as I could for about 30 or 40 minutes. In the town of Al Kofra, I bumped into a fellow Sudanese. He said: ‘Here people are crazy. I don’t want to stay here.’ I said: ‘Please sir, will you take me with you.'

"We went to Benghazi. For about a year, I lived in a big house along with about 45 other migrants. I found lots of little odd jobs to do. I cleaned people’s houses, I did the gardens, I built walls and I also tried my hand at car mechanics.

"Then, one day a group of Libyans stopped me in the street. They asked me for money and for my telephone. I refused and they became violent. They hit me and then they took me and about 20 other people to a building where they shut us in. They hit us again and again. They wanted me to call my family to ask them for money. I told them over and over that I didn’t know anyone who had money. Those who did have money they released. I gave them everything I had, but I only had about 56 dinars [around 30 euros]. I stayed nine days in this building, at the end I was all alone. I thought I would die. I was 17-years-old by that time. Then suddenly they opened the door and they just let me go. 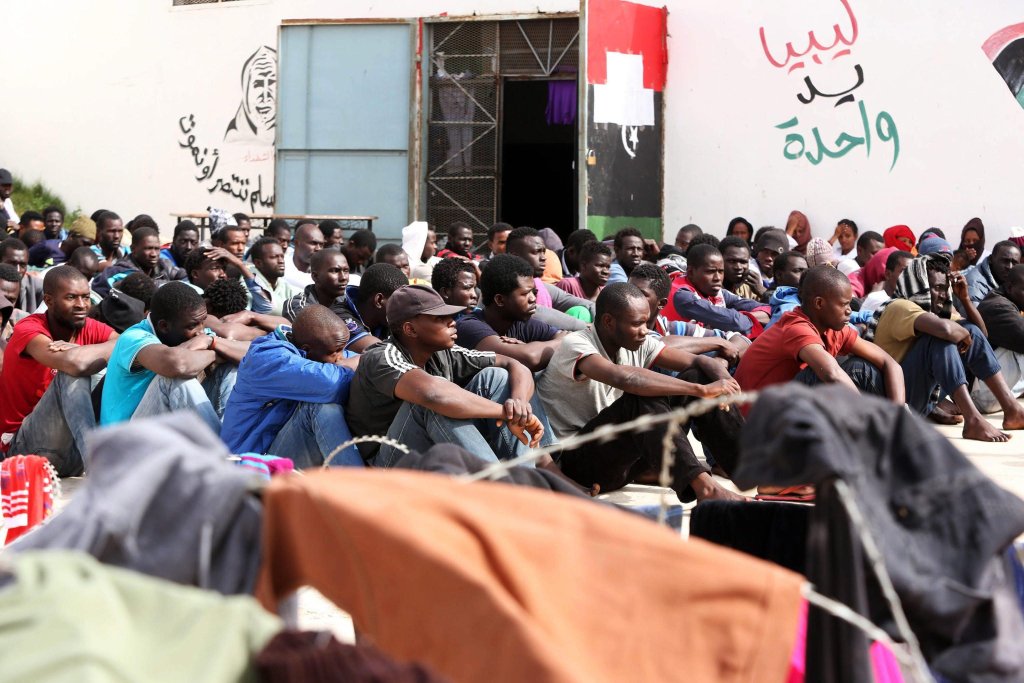 "All in all, I stayed in Libya for four years. I wanted to get to Europe. People told me that over there there is no war. I got on a boat in the hope of getting to Italy. I arrived in Sicily and then I took a train to Milan and then Ventimiglia. From there I took another train and I arrived in France on May 10, 2015.

"I lived on the streets in Paris, in the area between two stations, the Gare de Lyon and the Gare d’Austerlitz, close to the river Seine. I wanted to apply for asylum and I asked for an appointment with the authorities OFPRA. Sudanese guys who were also sleeping on the street, they told me that I had to tell them a false story in order to have the best chances of getting asylum. They told me what to say and I trusted them because we had been living together and sleeping near each other. I gave them 25 euros. They didn’t just do that with me, they wrote stories for several different people. 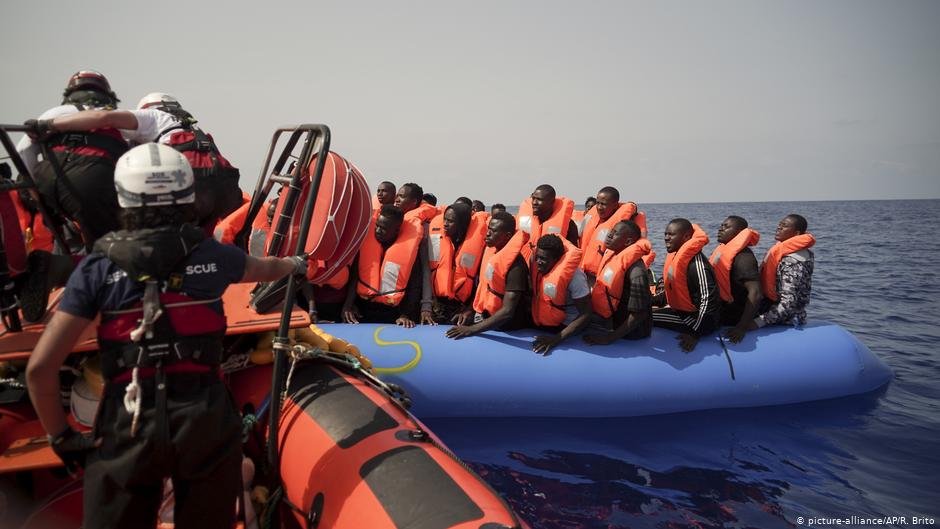 "When my appointment came up with OFPRA, I duly recounted the story they had invented for me. It went like this: ‘In Sudan, I was working for a man. I carried water for his horses every morning and every evening. One day, this man died in an accident, and since then the police have been looking for me, because they thought I was guilty. I had to flee.'

In the asylum office OFPRA, they said they found it hard to understand my story. They said: ‘Perhaps you don’t really come from Darfur.’ They asked me: 'Why were the police looking for you in particular?’ I didn’t know what was going on. But my asylum application was rejected. I never found these men who sold me the false story again. I am so angry with them.

"I decided to write my own story down, the real one. I asked people to help me because I don’t really know how to write. I lodged an appeal at the CNDA (Cour national du droit d’asile – National asylum court). I did have a hearing but they wouldn’t let me speak, they cut me off every time I tried to say anything. My asylum claim was rejected once again. Then I left for Germany and I sought asylum there, but, according to the Dublin convention, I was sent back to France. 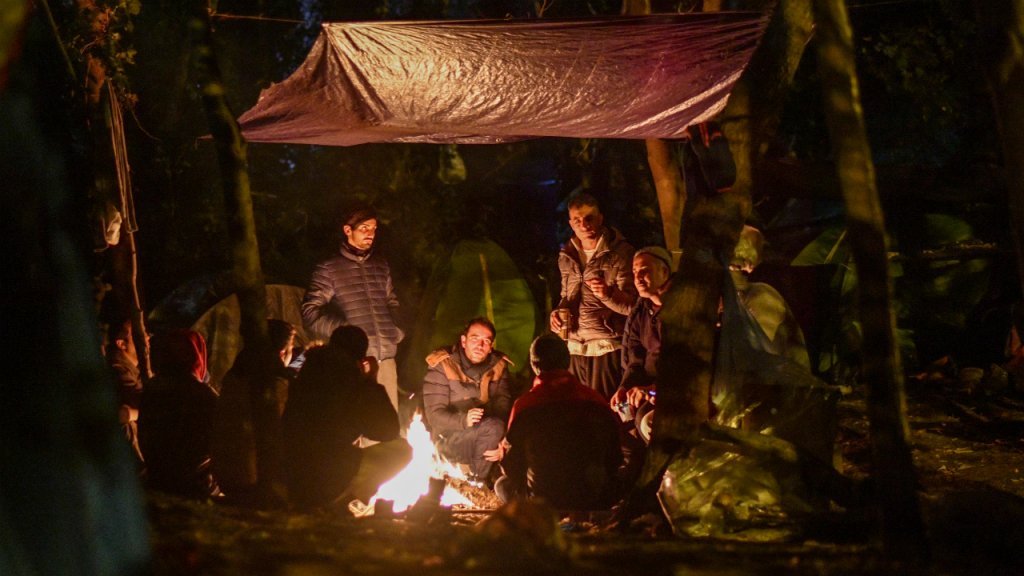 "I went to Bordeaux and then to Nantes where I lived in a squat for a year in a place called Jeanne-Bernard de Saint-Herblain. I carried on hoping that I could get asylum. Then, a few weeks ago the police came [On October 8 a police operation was detailed to clear the squat and put the migrants living there into shelters or detention centers, depending on their status] and I was sent to the CRA in Rennes. But I haven’t done anything wrong. I have never done anything bad to anyone, never in my life."

Omar’s name has been changed to protect his identity.

According to La Cimade, Omar was deported to Khartoum on November 28.

This article was translated from the French original by Emma Wallis.