The UN Migration Agency, IOM (International Organization for Migration) announced on Wednesday, December 11 that the Vucjak camp in the Una Sana Canton in Bosnia is now officially closed. 750 migrants were relocated to two facilities near the capital Sarajevo. Teams are now cleaning the Vucjak area.

“We are very very proud of the fact that in the space of about 12 hours we managed to move 750 migrants, [to two sites] near Sarajevo,” stated an IOM representative over the phone to InfoMigrants.

The 750 migrants who had until several days ago been living in inhumane conditions in Vucjak camp are now able to access warm meals, warm clothes and sleep in covered accommodation with roofs and windows.

One of the two new centers, explained the representative, has already been functioning for about a year and has about 1,000 residents, including the latest arrivals from Vucjak. The other site at Blazuj took about 300 migrants from Vucjak and is still being improved. However, it is “warm” with blankets, inflatable mattresses and warm meals, assured the representative.

'No migrant has been left without a warm meal'

In the pictures, smiling men are receiving meals from masked helpers in the new centers. They are robed in blankets. 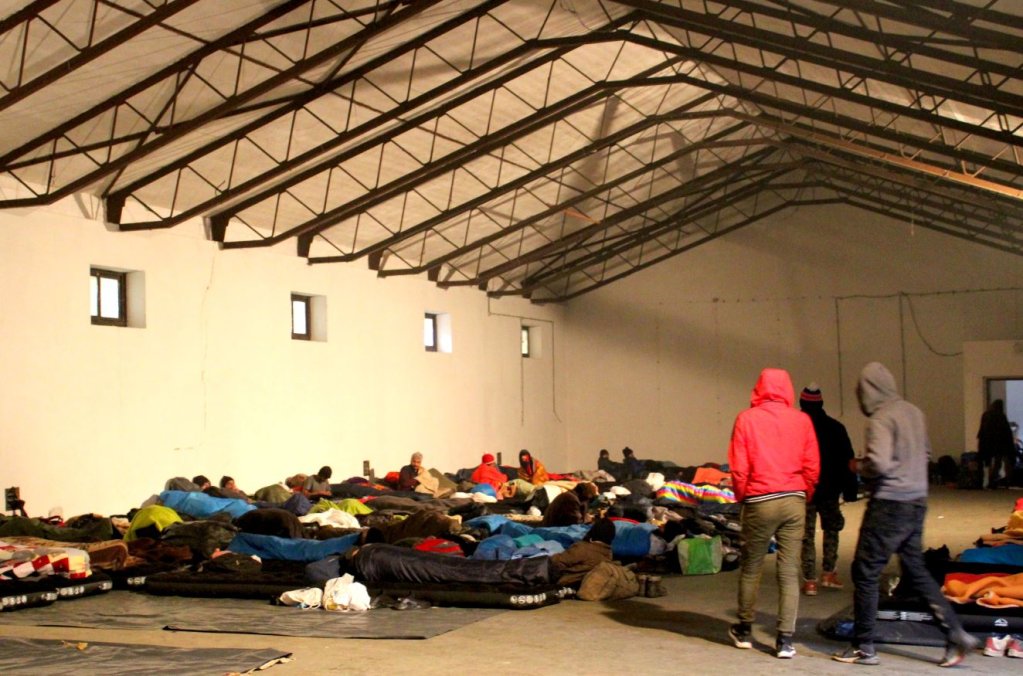 In another photo, rows of inflatable mattresses are laid out on the floor of an old warehouse, some men are already bedded down, others sit in groups chatting, all are bundled up in warm jackets and wooly hats. The room doesn’t look particularly warm but the ground looks mostly dry and is covered in some kind of tarpaulin.

“We are setting up container accommodation” which should be ready in a few weeks, said the IOM representative. A picture of the ongoing works was also posted on their facebook page. 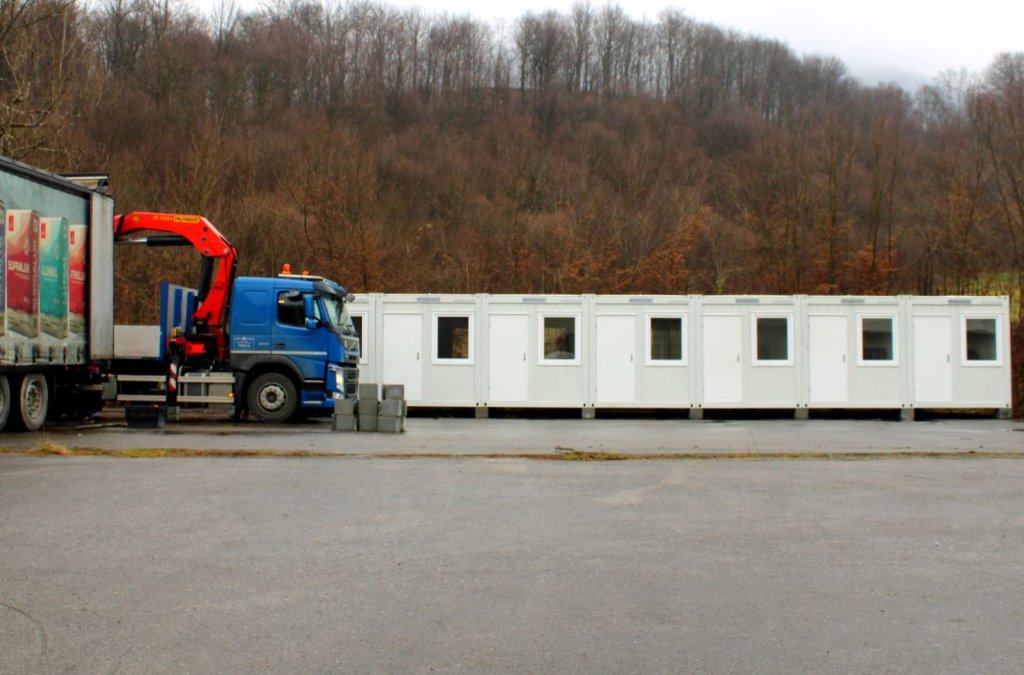 “A team is currently dismantling the tents at Vucjak and cleaning the area,” continued the representative. When asked about how many migrants might have stayed in the Una Sana canton area (the area where the Vucjak camp is located), in the hope of taking their chances to cross the Croatian border, the representative couldn’t say. Various reports from the IOM mention that the population of the camps is very fluid and changes week by week as some attempt to cross the border and get to the EU and others arrive from countries further east.

Heading back towards the Croatian border

“Some [migrants] have already left the new camps in the direction of Bihac and the Una Sana canton,” the IOM representative admitted. It is where most migrants attempt to cross the Croatian border, explaining that the aim of most of them is to make it on in to the EU.

That said, the IOM representative thought that with temperatures set to drop still further, and already registering -1 degrees Celsius in the morning in Bosnia, many migrants would be happy to have a warm place to stay over the winter months, before perhaps attempting to try their luck when the weather warms up in the spring.

The IOM and partners still operate four centers in the Una Sana canton around Bihac which are full and host around 3,500 people. One of their centers, at Sedra, is for families and vulnerable people. IOM recently posted pictures of workers improving the living conditions for residents on its Facebook page.

According to IOM, the Sedra site houses about 339 people. IOM staff are working very hard to make sure people are comfortable in all of the camps, said the IOM representative on the phone. She explained that the IOM has outreach staff posted in the Una Santon canton for migrants who might at the closed camp site who can explain migrants’ rights to them and signpost them towards available camps where they might be able to find a place to stay. “We will continue to work hard,” in some cases all night, “until basic humanitarian needs have been catered for," said IOM Bosnia and Herzegovina on their Facebook page. After arrival at their new site, some migrants set about playing a game of cricket on the grounds of the barracks where they have been quartered.