Selma and Mala's story: How a smuggler's dirty trick broke up a family

Selma and her husband fled Iran with their two children more than a year ago. After becoming separated at the Greek border, they finally ended up in Germany -- but in two different cities. Now they are desperate to be reunited. This is Selma's story.

“My mother’s wish is to be together with my father. In Iran, we did everything together, but we don’t have my father here. We wish that we could sit at a table for four and be together and talk together.”
At just 14 years old, Mala* behaves with the confidence, intelligence and maturity to suggest that she will achieve great things, given the chance. She is translating for her mother Selma*, who doesn’t speak English. As the two of them talk, Mala’s two-year-old brother Nelson* toddles in and out.
The room the two children share with their mother has three single metal beds pushed together, a small table and three chairs, and a cupboard. It smells strongly of food which is sitting on an illegal hotplate in the corner. This is diplomatically ignored by the Violence Prevention Coordinator, Stefan Engelke, who seems to be on friendly terms with the family. 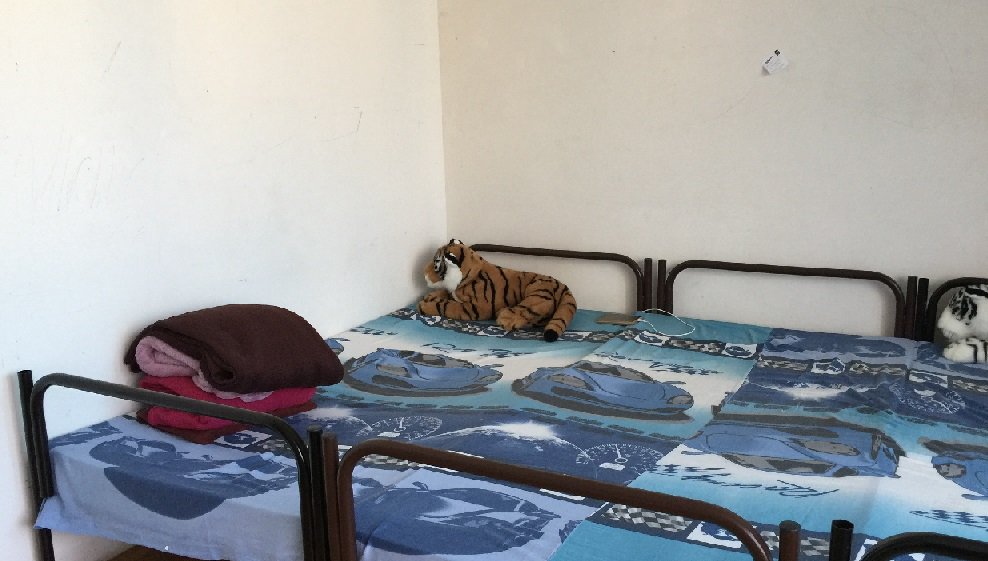 Several other Iranian women and children live in this solidly-built but rather run-down apartment. Without a sofa or table in the shared living space, and no functioning kitchen, it doesn’t feel like a home, just a place to sleep and wash.
On the table in the bedroom a notebook is open at a page of neat, handwritten German exercises. This is Selma’s work – while her daughter goes to language classes, she has to try to teach herself, because there is no childcare.
Selma, Mala and Nelson are from Iran, and they have been in Germany for nearly three months. Iranians make up the biggest group in this “Anchor center”, a processing facility for asylum seekers in Bamberg, southern Germany.
More than a year ago, they escaped from Iran, together with Selma’s husband, Mala’s stepfather. When his former wife had learned that he was expecting a new baby, her family threatened to kill his pregnant wife Selma by knocking her down in a car.
They had little choice but to escape secretly. If they had applied for passports to leave Iran, Mala explains, they would have been followed. “Because of that … we are just walking.” The family reached the border between Turkey and Greece on foot. Only the Evros river remained between them and Europe when unscrupulous people smugglers turned against them.
“The first river was easy but the second river was very hard. They (smugglers) said the men should be in one boat and the women in another boat. So we went and when we arrived I told my mother that I couldn’t see my father.” 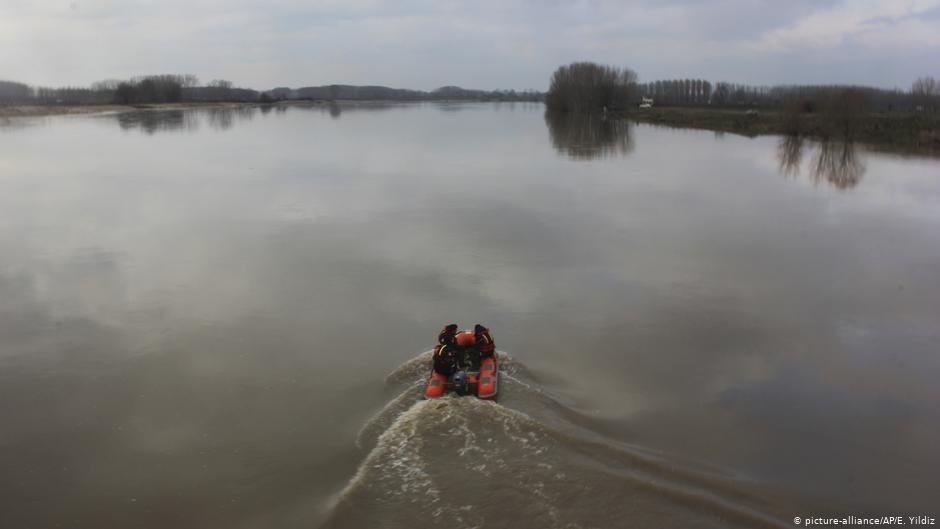 Mala continues: “The Albanians (smugglers) said to my mother that we would meet up with my father in two days and go to Germany together. But it did not work. We stayed in Greece for one year, while my father was here. And you know what? The smugglers told my father that we (my mother, my brother and I) were in Germany.
“He had given the Albanian people all of our money – 22,000 euros, plus 8,000 euros from Turkey to Greece. So it’s 30,000 euros. They had figured out that my Dad was carrying all the money with him, and [that was why] my Dad had to go in one boat and we had to go in another boat. They wanted to get the money from my Dad.
“We didn’t know what to do and we didn’t have any money, not one cent. It was very bad. We slept in a small park in front of a church, outside. Then an Iranian man came and told us that we could go to the Malakasa camp and that maybe they would accept us to stay there. So we went, but they didn’t accept us, but we said ‘we don’t have a place to stay and we don’t have anything’. They gave us a container with one family and another family lived in one room and we lived in another room. We had a lot of problems in Greece.
“We stayed in Greece for one year with our many problems, and my Mum trying to get here with smugglers, first me and then herself and my brother. But God loves us, because we didn’t have any money. We go and beg them that ‘please, we have to go to Germany to be with my father’. And then God loves us and the government of Germany accepted us and we came here – they brought us.” 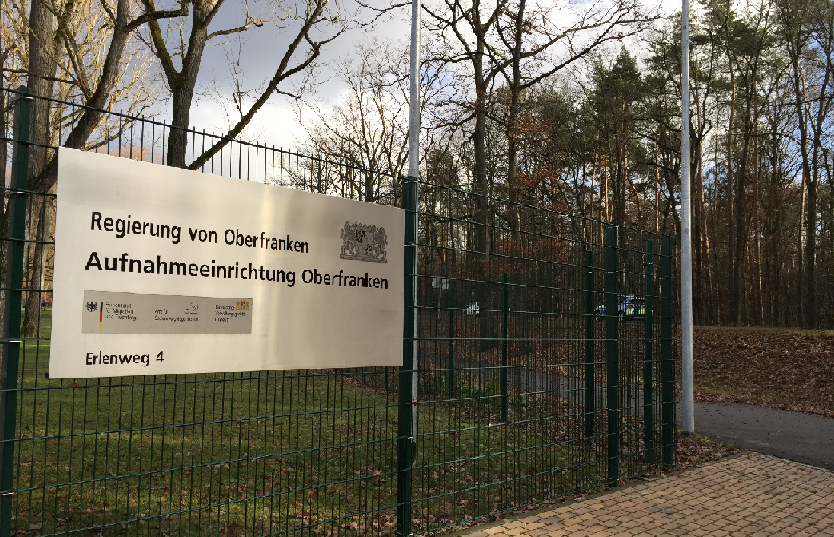 In early autumn, Mala, her brother and her mother arrived in Erfurt, Germany. There they were registered – Mala says they put her age down as 18 years – and sent to the Anchor center in Donauwörth nearly 500 km further south and just 50 km from Augsburg, where her father is. In an odd twist, they were then transferred to Bamberg, four times as far, and a two-hour train journey away.
“We like it here so much, but the problem is we are not together. …This is a very bad thing. My father is 53 years old. And God gave my father a little baby. And he couldn’t hug Nelson from five months. He couldn’t see Nelson walking. He couldn’t see anything of them. So I think it’s not a good law that we can’t be together.
“We can travel to meet him, but we don’t have any place to stay. They don’t let us go [and stay] in my father’s home. He comes on Sundays. Every Sunday my mother wakes up and at 8 o’clock in Ansbach they go together to the church. My father sees my brother for one hour, and he is underway from seven o’clock to 12 o’clock in the night.” 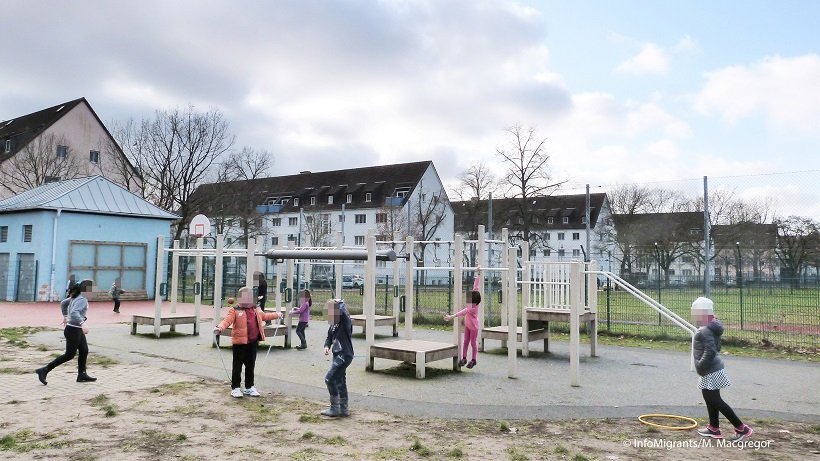 It has been nearly three months with no change to the situation. Selma’s husband, meanwhile, has had his application for asylum rejected. Selma seems to think that she has a strong chance of a positive decision. Through Mala, she explains that women have a hard time in Iran, with few rights. Her first husband was violent, she says, showing the scar on her hand from when he attacked her. Mala too, his own daughter, suffered abuse.
On a cold grey winter afternoon, the dingy apartment of this fractured family is comfortless and gloomy. But Selma and Mala are still hopeful. “The government of Germany, they have to make decisions for us and we say ‘okay’. We don’t want any more from Germany, we just want to stay here. We don’t want to go back to Iran. We just want to stay here and work and study and having a good life in Germany, if they let us.”
*Names have been changed.
Selma and Mala spoke to InfoMigrants in their room at the Anchor Center in Bamberg.
>> Also read: Germany: One 'anchor center', two score cards