British authorities say more than 60 migrants were picked up from five small boats as they tried to enter the country after crossing the English Channel. The vessels were intercepted over a seven hour period Tuesday morning. Some of the migrants said they were Iranian nationals, others said they were Iraqi or Uzbek.

British patrol vessels picked up some 69 migrants, including 10 children, early December 17 as they were trying to cross the English Channel, British media reported.

The 69 people, who traveled on five boats, were intercepted by Britain's Border Force from around 12:45 am to 7:45 am UK time, Britain's Press Association (PA) cited the Home Office (UK Interior Ministry)'s statement. The migrants presented themselves as Iranian, Iraqi and Uzbek nationals, the Home Office said.

"Those attempting to cross the Channel in small boats are putting their lives in grave danger, and the ruthless criminals who facilitate crossings do not care about the risk to life," PA quoted an unnamed Home Office spokesperson as saying.

The spokesperson added that the Border Force was working closely with French officials "to tackle this dangerous and illegal activity," and that patrols on French beaches had doubled.

At least 20 suspected migrants have been brought ashore in Dover.

Sky News understands there are a number of ongoing incidents in the English Channel to intercept boats suspected of carrying migrants: https://t.co/gWdsQhku74 pic.twitter.com/I8QqoppcT9

Crossing the Channel, one of the busiest shipping lanes in the world, is dangerous given its dense maritime traffic, strong currents and constant wind. At its narrowest point - the Strait of Dover - the waterway is 33 kilometers (21 miles) wide and between 120 meters (390 feet) and 45 meters (148 feet) deep.

Despite the encroaching winter weather and the news of the dangers of attempting to reach the UK in refrigerated containers, it appears that some migrants are nevertheless willing to risk everything in order to attempt to migrate from the French coast to the UK.

While some are setting sail in small boats across the Channel, others are hoping that less frequented routes via Ireland might provide a way in to Britain.

Attempted crossings on the rise

Tuesday's interceptions reflect another rise in the number of small boats carrying migrants headed toward the English coast from Europe.

Officials said 79 migrants, including some children, were picked up trying to get to England on December 4. Last month, a record 86 migrants were intercepted while trying to cross the Channel to reach Britain on multiple small boats.

In January, Britain and France agreed on a joint action plan including a multi-million investment in new security equipment, increased CCTV coverage of beaches and ports and a mutual commitment to conduct returns of migrants under international and domestic laws. 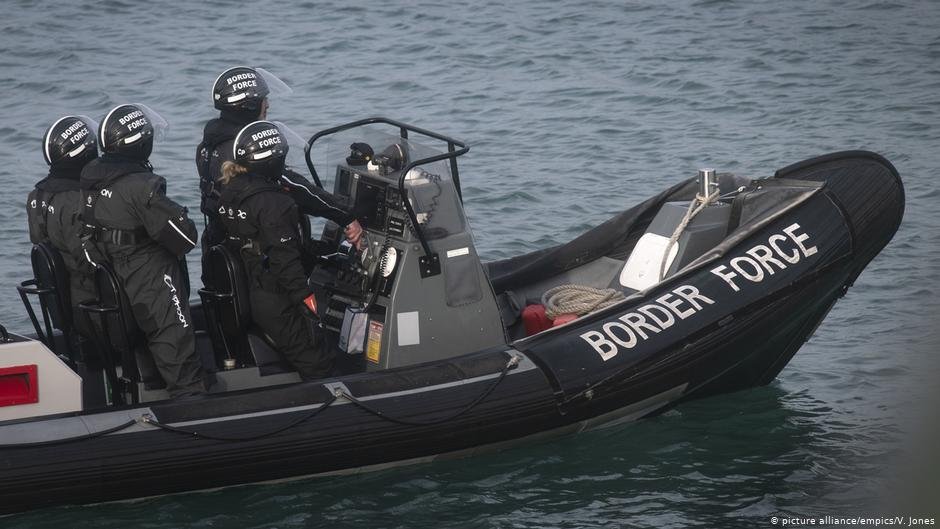 In September, far-right group Britain First announced they would be patrolling Britain’s beaches in a bid to stop migrants attempting to land on UK shores. Local pro-migrant groups subsequently criticized the patrols and organized protests against them, while British authorities advised all citizens to avoid taking direct action and to leave that work to the authorities.

With material from AP, dpa