A 'Garden of Mercy' for Christian refugees in Jordan

Many of the thousands of refugees fleeing persecution and violent conflict in Iraq in recent years have migrated to neighboring Jordan. But the Middle Eastern country is struggling to cope with this influx. The Catholic Church is trying to alleviate at least some of the pressure on the desert nation.

Just outside the Jordanian capital Amman, on an area measuring 10,000 square meters, you can find the  "Our Lady of Peace Center;" there, about a dozen Christian refugees from Iraq are housed in a commune of sorts called "Garden of Mercy." They are joined at this church-affiliated facility by a handful of unemployed Jordanians, who also work at this unique space alongside the refugees.

Dedicated to sustainable living and ethical agriculture practices, the "Garden of Mercy" employs these asylum seekers and locals to work in a variety of capacities ranging from farm work and carpentry to making bags and soap. Their products are sold locally at markets, and there's a showroom at the "Garden of Mercy" itself to highlight the work they do.

The facility is looking to expand: in 2020, further handicrafts will hopefully be added to the center's curriculum, including pickling and oil making, according to "Garden of Mercy" project manager Sarah Twal. The garden itself boasts 600 olive trees, so plenty of scope for producing oil. 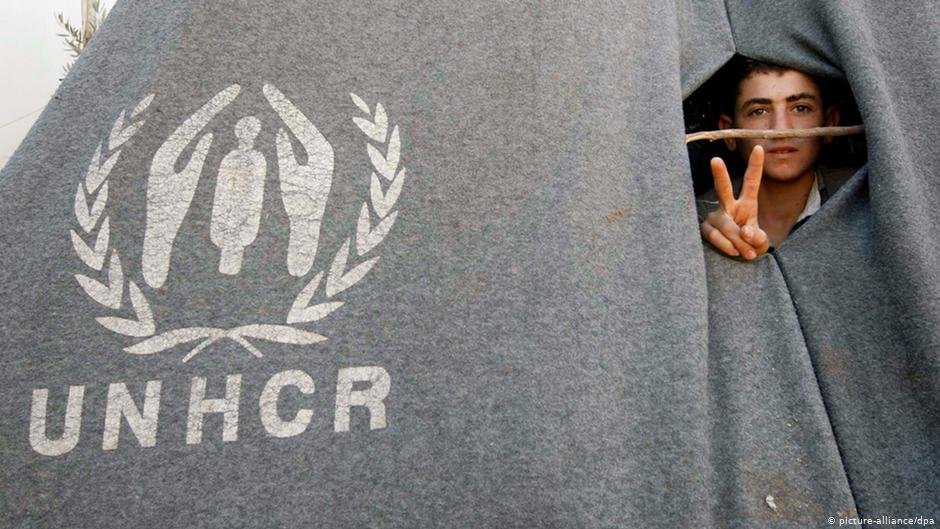 Many of the refugees in Jordan thought they would only be in the country temporarily whilst they awaited resettlement places. However, many of them have ended up there for years. This has put pressure on the local economy and left many people with no access to the kinds of jobs they may have done back home.

While many of the refugees have university degrees and are essentially overqualified to pursue such activities, the "Garden of Mercy" provides them, as well as the locals, with a lifeline in order to get by: the laborers at "Garden of Mercy" all get paid roughly €280 a month — that's about half the average monthly income in Jordan. For the refugees in the group especially, this is an important contribution to their finances until they get permission to move to their future homes.

Some of the younger females in the group have also reported that they have had to drop out of school to embark on their journeys while escaping from war and persecution. They all hope to go back to school and finish their education when they finally emigrate to their new homes. In the meantime, the "Garden of Mercy" is giving them a purpose to hold on to until that day arrives.

Officially, refugees are not allowed to pursue gainful employment in Jordan, but church projects like the "Garden of Mercy" are often tolerated, especially when they benefit local Jordanians as well as asylum seekers.

While less than a dozen refugees might thereby get to benefit from the inclusive philosophy practiced at the "Garden of Mercy," many others remain in limbo in Jordan: There are officially 55,000 Iraqi refugees registered in Jordan; however, NGOs approximate that the real number of refugees in the country is closer to 200,000. 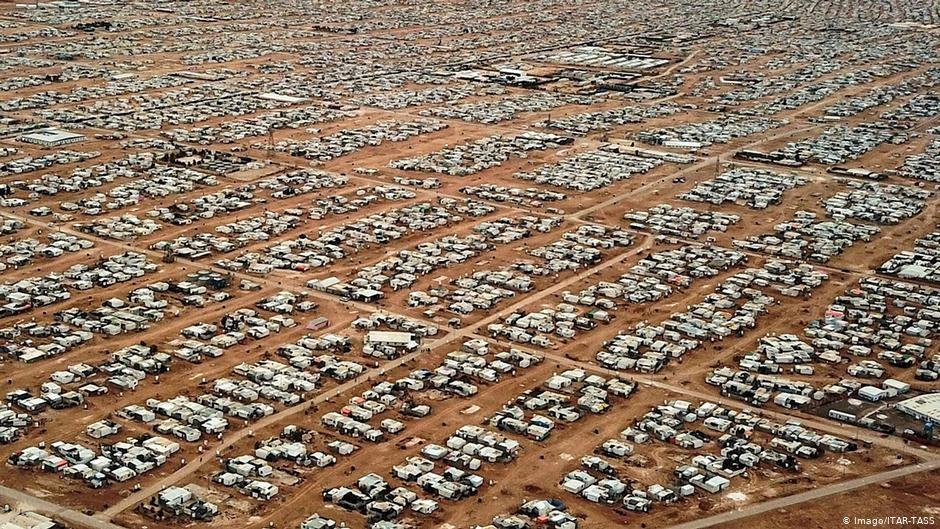 Run by the Catholic "Caritas" charity, the initiative, which was founded by Pope Francis and is funded with the proceeds collected by the Holy See at the Expo 2015 in Milan, hopes to not only help people lead dignified lives but is also designed to connect the people of the Middle East, many of whom have in one way or another been affected by various conflicts in the region and, subsequently, have been exposed to the subject of forced migration in various ways.

Archbishop Ortega Martin, Apostolic Nuncio in Jordan and Iraq, said during the inauguration of the facility in May 2019 that it was intended to "not only [be] the place where refugees and needy people can get a job and a salary, but can also become a place of dialogue and encounter among people of different religions."

According to the Catholic interfaith dialogue platform Abouna, similar projects are in the pipeline for other parts of Jordan. Caritas said that communities in Madaba, Zarqa and Fuheis would be targeted next. 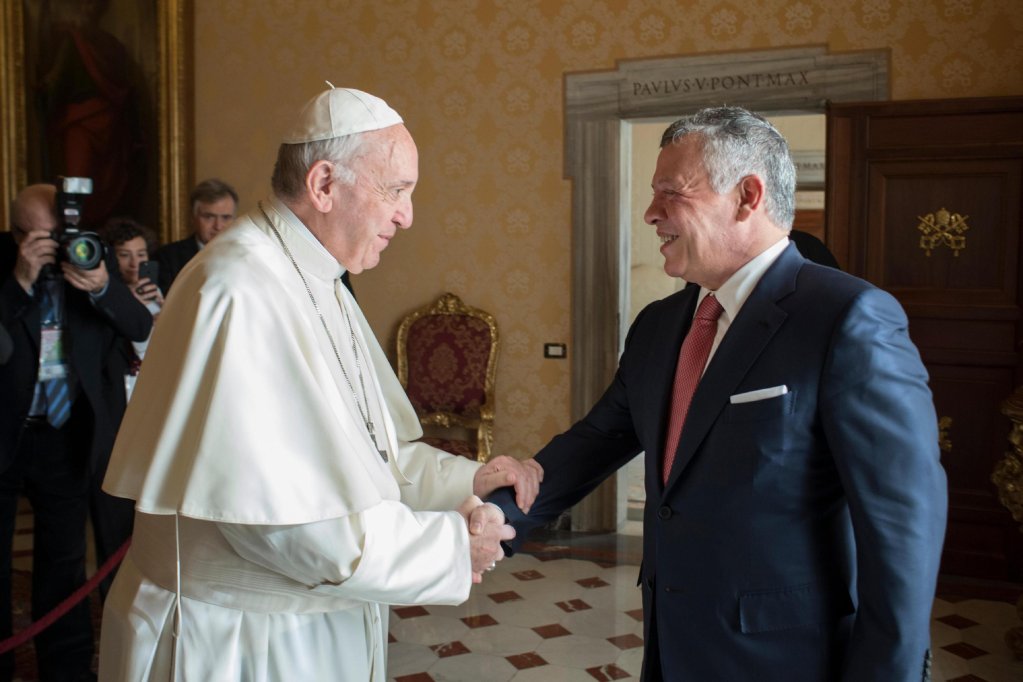 'A life of dignity'

Laith Salaita, who is part of the Caritas team coordinating the "Garden of Mercy" told the KNA news agency that before it was opened, "refugees were looking for money and vouchers. Today, they come looking for work. This little income enables them to lead a life of dignity."

"And the training they receive here will also provide [the refugees] with competencies that will help them in future as well, when they finally receive their exit permits" to move abroad as asylum seekers, Salaita added. He's not worried about losing his "work force" to emigration in the future either: with each person being granted permission to move abroad as an asylum seeker he will get a new person in, thereby helping more and more people.

Project manager Sarah Twal meanwhile stresses that it is not only about helping people but also about the personal reward she herself experiences working at the "Garden of Mercy": "I learn a lot from these refugees who know how to appreciate life even during such times when it is really hard. I have everything I need — yet I still complain. And then I reflect and think about the way these people smile despite the fact that their lives are so much more difficult than mine." 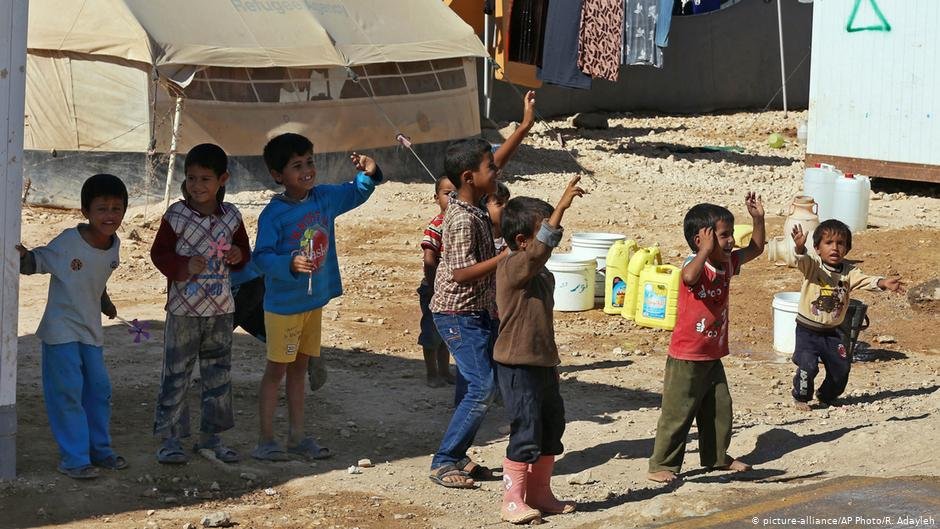