Only 14% of all refugees from Arab region are in Europe: UN report

The Arab region comprising 18 countries hosts 15% of all migrants and refugees worldwide; it is currently seeing "unprecedented levels of migration." Despite these high levels, the majority of migrants and refugees stay within the region. To date, Europe has received only 14% of all refugees originating from Arab countries.

According to the latest 2019 Situation Report on International Migration in the Arab Region from the UNHCR, in mid-2018 the UNHCR recognized 8.7 million refugees originating from the Arab region; over nine million refugees have sought protection within the region. The Arab region is also the originator of about 14% of those refugees who make their way to Europe.

The report was launched on December 4 by the International Organization for Migration (IOM) Regional Office for the Middle East and North Africa and the United Nations Economic and Social Commission for Western Asia (UNESCWA).

Here's an overview of the report with some of its most important findings: 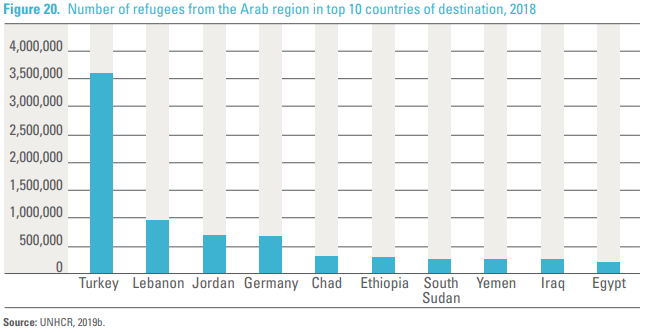 Remittances to and from the Arab region. 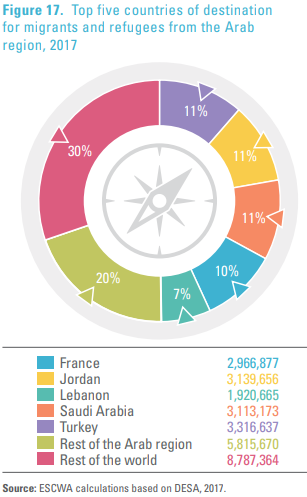 Drivers of migration and root causes of internal displacement

Based on the Global Compact for Safe, Orderly and Regular Migration (GCM), the report aso outlines policy developments and international efforts regarding migration governance in the Arab region:

**Labor migrants, or migrants workers, are defined as "international migrant individuals of working age (15 and older) who are either employed or unemployed in their current country of residence"