In the 'jungle' of Samos, a life of boredom and despair amid the garbage (1/4)

On the Greek island of Samos, not far from Turkey, at least 7,500 Syrians, Afghans, Iraqis and Congolese are living in tents on the outskirts of the city of Vathy. Left almost to their own devices, they wait in desperate conditions for their first asylum application appointments, which - for many - will only take place in more than a year's time. Until then, it's impossible for them to leave.

A winter wind blows over the Aegean island of Samos and sneaks through the huts and tents, extinguishing the embers in the meagre homes. After the morning rain showers, the informal camp of Vathy, into which 7,500 Syrians, Afghans, Congolese or Iraqis are packed together, is soaked. Mud sticks to shoes, sharp rocks jutting out of the hillside challenge the stability of this improvised village, and only the olive trees hold things together.

Around the barbed wire fences of the Samos reception center, a former barracks refurbished in 2016 to accommodate 650 people, a labyrinthine "jungle" spreads across the hill. In the immediate vicinity of the sea and Vathy, the island's largest town, litter piles up. Only the luckiest get to sleep under a "roof" - small huts that a group of resourceful Gazans and Syrians build and sell for 300 euros. The others do what they can with pallets, tarpaulins and pieces of wood to raise their tents, which were purchased on the black market, a little higher in a bid to protect them from the bad weather.

Abdelrazak, a 4-year-old Syrian boy, timidly eats his banana between two bad bouts of coughing, his big eyes fixed on his mother. On the steps of her small wood and plastic hut, Loubaba, a roughly 40-year-old Damascene dressed all in black, struggles to contain her anger. Since she set foot in Samos, it’s been one disappointment after another. Beside the dire conditions in which she lives with her two sons, she is unable to care for them, struggling to find food or keep dry.

"No human being would agree to live here," she says. "We have to do everything ourselves, including building our own toilets. And at night, rats take over the camp." 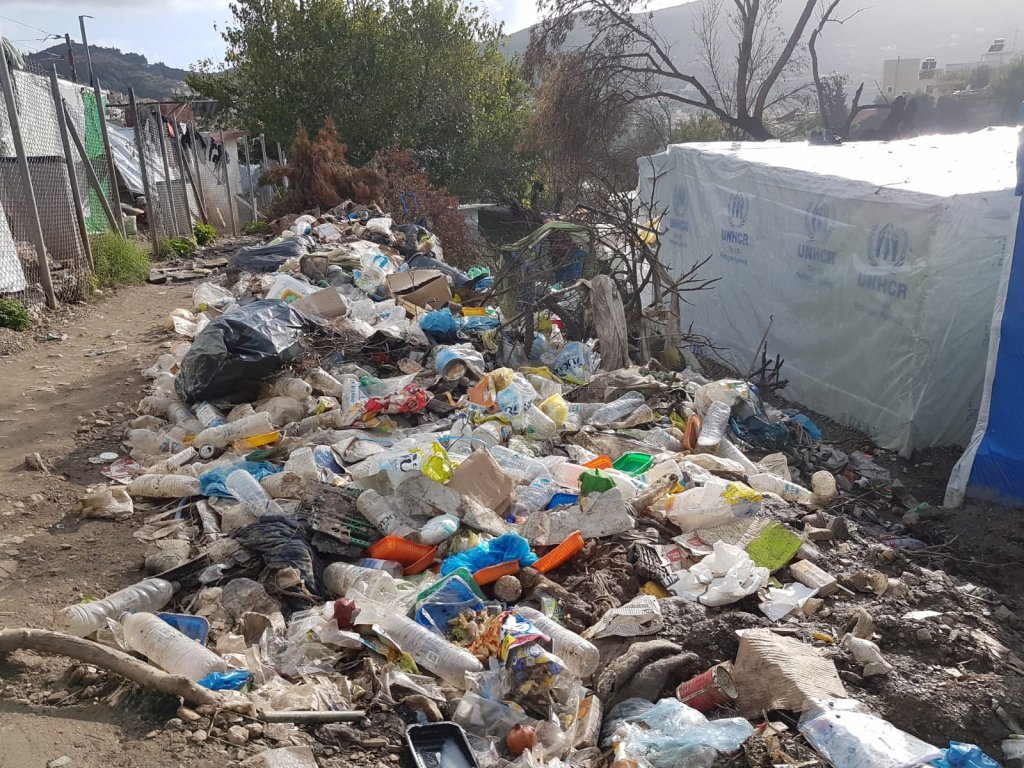 Every night since the summer, about a hundred people have been picked up by the Greek coastguard in the vessels in which they left Turkey, a few kilometers to the east, and brought to enlarge this makeshift camp even more. For the first time since the 2016 EU-Turkey Immigration Agreement, Greece has in 2019 once again become the main gateway for migrants to Europe - the majority of them Syrians.

On Samos, as on the other four "hotspot" islands of the Aegean Sea, where registration and first reception centers were set up during the 2015 migration crisis, the Greek authorities are completely overwhelmed, unable to handle these massive waves of arrivals. The registration procedure for an asylum application can take months. While they wait, migrants are stuck on the island, some of them for more than a year now, condemned to wander the camp and the streets of Vathy, where they face contempt from the island’s 6,500 inhabitants, who are exasperated by this unmanageable and volatile situation.

Only a few NGOs remain. "We are facing a state of emergency that was predictable and preventable. The conditions have become really dire this summer," says Fabienne Barra, local coordinator for Doctors Without Borders (MSF). "We are dealing with the consequences of the inhuman asylum and migration policies of the European Union [which finances the hotspots], its member states and the Greek government."

The population outside the camp gates has no access to water, electricity or toilets and can only depend on the 1.5-liter bottle of water provided daily by authorities. The camp's sanitary facilities are accessible to everyone, but the queues can be hours long. "It's like prison. We do our business in plastic bags or empty bottles, then toss them," says Magalie, a young Congolese woman sitting in front of her tent. 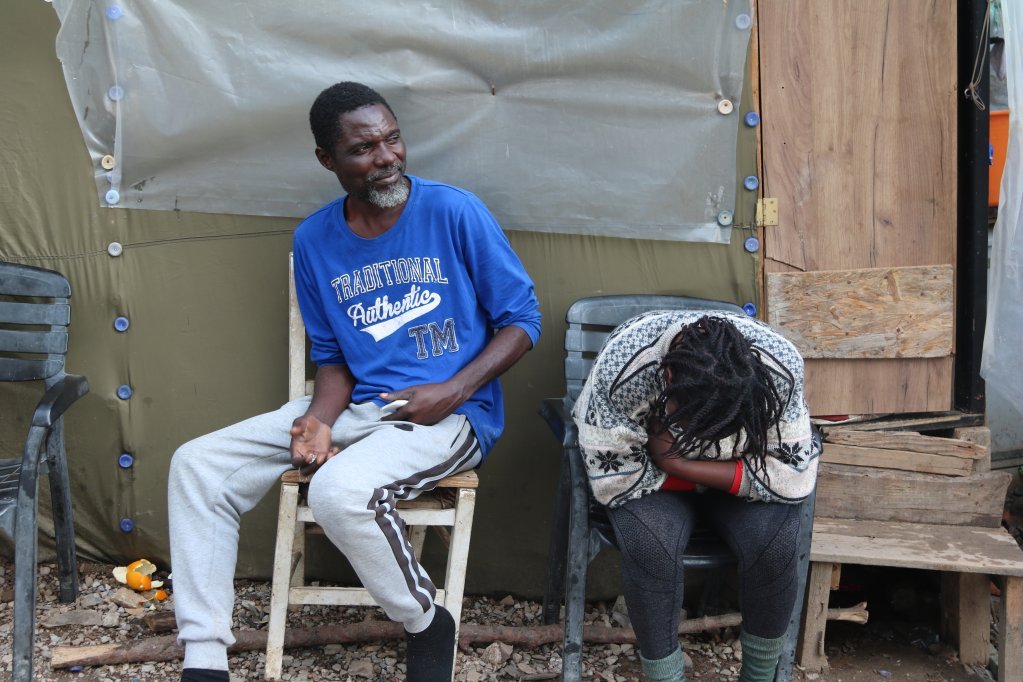 So resourcefulness becomes the law of the land. Hoses meant for watering the olive trees have been reclaimed by migrants to service certain areas of the camp and enable people to wash a few dishes and perform their ablutions. Some have even managed to connect cables to public facilities to have some light after nightfall. Others slip into the surrounding hills to collect wood for fires or cut branches to strengthen their shelters.

"Of course it is illegal, the simple fact of living there is prohibited because the land belongs to private owners. But what do you want them to do? Where do you want them to go?" says Vathy's Deputy Mayor Georgios Dionysiou. His municipality, which manages waste collection and the cleaning of public areas, has no power over the situation and does not even have access to the camp, which is managed by the Ministry of Immigration.

The situation has improved only a little since MSF installed 80 mobile toilets and drinking-water tanks, which are cleaned and refilled several times a day, but this is far from enough.

Forced to protect themselves from frequent brawls and thefts, migrants have largely grouped together by nationality. In the hills of the "jungle", accessible through a maze of small muddy paths lined with tents and rubbish, a group of 200 Gambians have set up a small community, most of them young men.

Sainey Janko styles himself as the "dean" of the place. Tall and proud, with a hard look tinged with weariness, he arrived eleven months ago and will not be able to apply for asylum until 2022. "Since there are only a few of us, we take care of each other," he says. "We're not allowed to cook, but we do it anyway, like everyone else here. The food that they give us in the camp they would not feed to their dogs! And you have to wait four hours in line to get it." By each of them pitching in one euro, taken from the 90 euros per month provided by the UN High Commissioner for Refugees, they are able to feed themselves properly.

In addition to nutrition, one of the biggest worries especially during the winter are the weather conditions. The worst is the rain, which seeps in everywhere, wetting the blankets and causing accidents in this steep area. "A girl fell and seriously injured herself a few days ago. We called the police, who told us an ambulance was coming. It never arrived, and we had to take her to the hospital ourselves," Janko says. 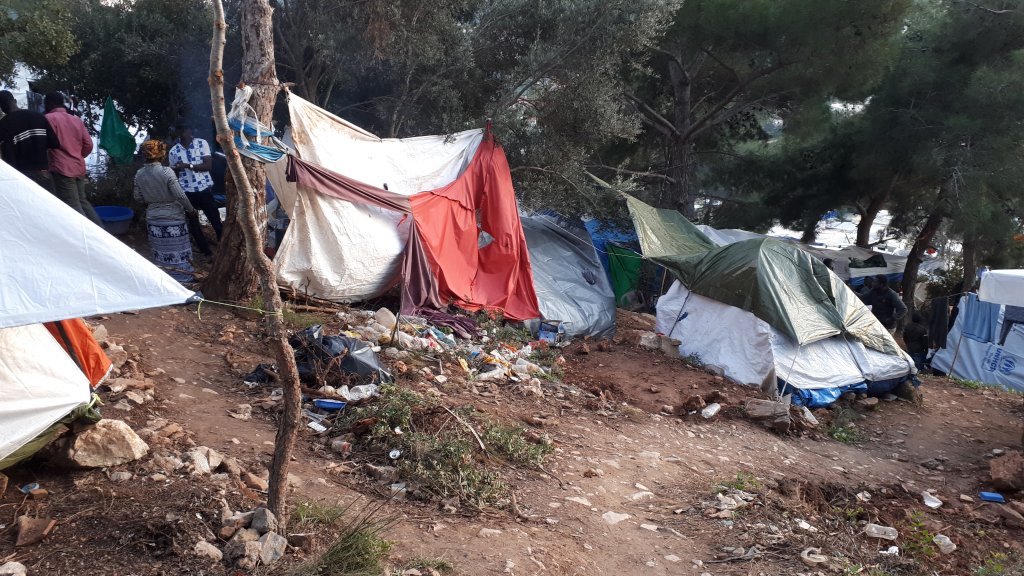 Like all the public services in this area of the island, Samos Hospital, with its 123 beds, is totally overcrowded. The few doctors there no longer have the means or the time to take care even of the city's inhabitants. A doctor sometimes visits the camp, but never the "jungle" part.

"Humanitarian assistance is not up to the task," explains Fabienne Barra of MSF. Under these conditions, it is impossible to identify vulnerable people, who are normally protected by European law. Special areas have been set up in the camp to accommodate pregnant women, families with young children or unaccompanied minors (UAM). They too have long reached their maximum capacity.

"Vulnerable people are supposed to leave the island, especially those requiring hospitalization. But without doctors available to perform even basic exams, they can only wait," explains Alexandra Batsila, one of the two lawyers on site at Lawyers Without Borders (ASF). She blames the complete lack of communication between the 15 NGOs present in Samos and government authorities for the dire state of affairs in the camp.

With the exception of ASF, which can accompany asylum seekers during their first asylum interview, and two Greek NGOs, access to the camp is prohibited and scrupulously controlled by the police.

Unaccompanied minors left to their own devices

The 1,700 minors, of whom more than 330 are unaccompanied, are just as bored as their elders. The doors of Greek schools remain closed to them, as they use months and even years of access to education. Some NGOs are doing whatever they can to provide them at least some form of education, with one offering English, history and mathematics courses to 140 young people aged 12 to 17. Still, there is waiting list of more than 200 other prospective students.

In the Mazi centre, set up by the Still I Rise charity in the former warehouse of a Chinese store, these students find a little calm, security and an educational environment that is vital to have as a social anchor at their age. But they rarely stay there for more than six months, says Giulia Cicoli, co-founder of the organization.

"They see some of their friends being transferred to the mainland and do not understand why they have to stay," she says. "They don't see an end to their problems and end up not coming anymore."

Unaccompanied minors are all the more vulnerable because, undetected by authorities, they do not benefit from tutors and are completely left to their own devices. They are exposed to the dangers of the camp, including the alcohol and drugs that circulate under the radar inside the "jungle." 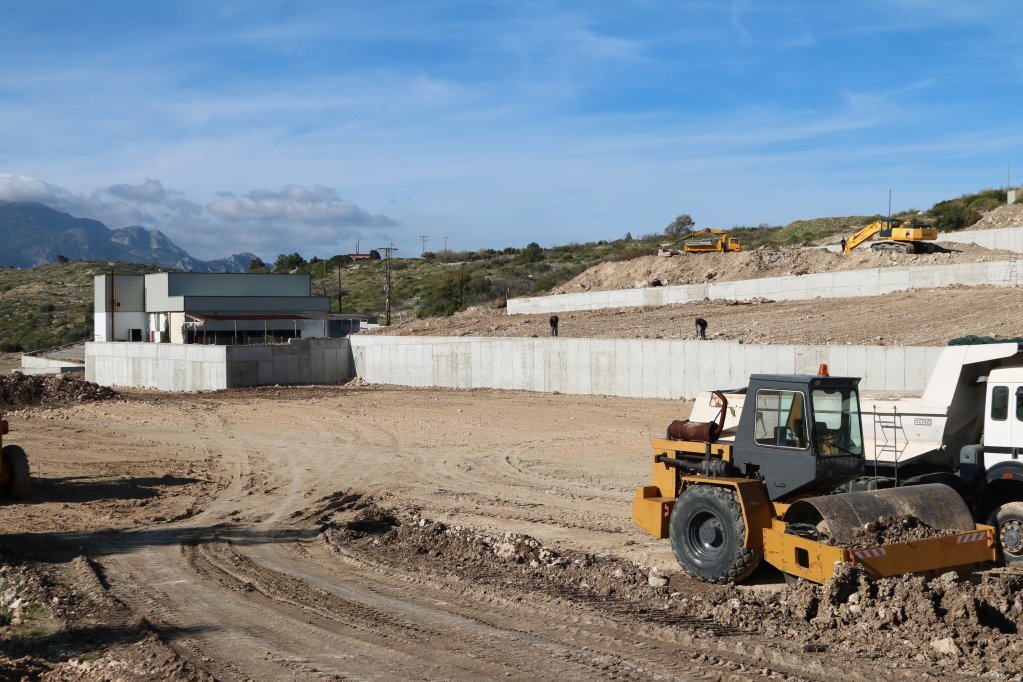 As the situation becomes increasingly "explosive," according to the municipality, the Greek government plans to open a new center nearby to house 1,500 people in early 2020. New Greek Prime Minister Kyriakos Mitsotakis, who has launched a series of tough anti-immigration initiatives, plans to ultimately enlarge this facility it to 5,000 people. But the planning work is still in its nascent stages, and the housing containers, which were due to be set up in mid-November already, have not even been delivered yet. "All this is still very vague," says ASF's Batsila.

The municipality, for its part, refuses to accommodate more than 1,500 people on its territory, to avoid the creation of a new "city within the city" on the outskirts of Vathy. "A new camp could be a good solution for everyone if they are given appropriate living conditions, where they can live like humans rather than living like animals. But with new arrivals every day and as long as the asylum procedure is not accelerated, we will have more and more problems," says Deputy Mayor Dionysiou.

He fears that the winter on the island, with its cold rains that can last for days on end, will only worsen living conditions - with no end to the crisis in sight.