Several German state governments have said they would be prepared to take in refugee children from Greece. One state, Thuringia, has even suggested it would do so in the face of the refusal in Berlin.

At least one German state has said it was prepared to take in unaccompanied children from crowded refugee camps in Greece, in the face of refusal from the federal government in Berlin.

A spokesman for the Education and Youth Ministry in the eastern state of Thuringia told the DPA news agency on Monday that the state government was prepared to take in some of the children, even if the government in Berlin refused — though it would prefer a "coordinated aid operation directed by the federal interior ministry."

The European Commission has already urged Germany and other EU member states to take some of the children. However, Interior Minister Horst Seehofer has already rejected calls from across the political spectrum.

The governments of three German states — Thuringia, Berlin, and Lower Saxony — wrote a letter to Seehofer in early December, urging him to come up with a solution to the problem. Another German state, Baden-Württemberg, has also said it would be prepared to take people in.

One of the signatories was Lower Saxony's Interior Minister Boris Pistorius, who told the Tagesspiegel newspaper on Monday that they had received no answer from his federal counterpart. 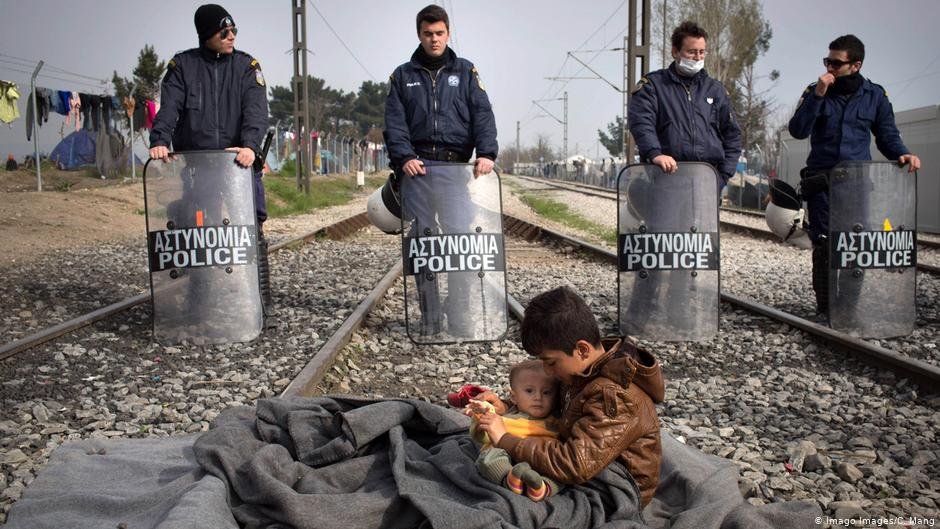 "I was in Lesbos in early November," he told the paper. "I saw hundreds of unaccompanied minors living outside the Moria camp in the mud in the olive groves, in tents made of garbage bags."

"I appeal now urgently to the federal interior minister to allow the willing states permission to take in young refugees," he said. "We cannot watch this misery any longer without doing anything."

According to the Greece-based National Center for Social Solidarity (EKKA), over 5,000 unaccompanied minors are currently living in the country.

The mayors of several Greek islands have already warned of uncontrollable situations in their camps, many of which are chronically overcrowded, with occasionally violent demonstrations breaking out.

The situation is said to be particularly critical on the so-called hotspot islands of Lesbos, Chios, Samos, Leros and Kos, and the Greek government has already attempted to move some refugees to the mainland.

The Green party leader Robert Habeck has also joined the chorus of German opposition politicians, charities, and church organizations, urging the government to take action about the situation in Greece.

"Get the children out first," Habeck told the Frankfurter Allgemeine Sonntagszeitung on Sunday.

The suggestion earned Habeck a rebuke from Seehofer, who accused the Green party leader of "dishonest politics." Speaking to the Süddeutsche Zeitung, Seehofer claimed he had been warning of the new wave of refugees for months, but "had not been taken seriously by too many people."

He argued that the government was already providing "massive help" in the Greek camps. "We have acted," Seehofer argued, whereas he had not noticed Habeck doing anything to solve the problem. Instead, he accused the Green party leader of "coming along at this transparent moment with an unhelpful proposal."

The government line, insisted on by several spokespeople in the last few days, is that the EU needs to come up with a joint solution. "Germany cannot do it on its own," government spokeswoman Ulrike Demmer said on Monday. In a regular press conference last week, another government spokesman described conditions in the Greek camps as "precarious" and "unsustainable" but insisted they were not life-threatening.

Other conservative German politicians, as well as the Free Democratic Party (FDP), have also warned against "creating incentives" for other refugees. But Pistorius rejected the idea: "This is about a one-off humanitarian measure, that we owe to ourselves and our values," he said.