Seven migrants were killed in eastern Turkey after their boat sank in Lake Van, according to the official Anadolu news agency. Turkish authorities meanwhile said that they rescued 64 people.

The boat was reportedly carrying irregular immigrants from Pakistan, Bangladesh and Afghanistan and according to Anadolu, capsized as it was nearing the shore at the Adilcevaz district of Bitlis city, the local governor's office said. Five people died at the scene while two others died later in hospital. Survivors were taken to nearby hospitals.

Search and rescue efforts continued through the night, as it was not immediately clear, how many people exactly were on the boat at the time of the incident, which took place at around 3 a.m. local time on December 26. The final number of casualties has not been announced yet.

It was not clear why the migrants were on the boat in Lake Van, which is completely within Turkey's borders. The lake, however, is located not far from the Turkish border with Iran, which many migrants from central and even south-east Asia tend to cross illegally. 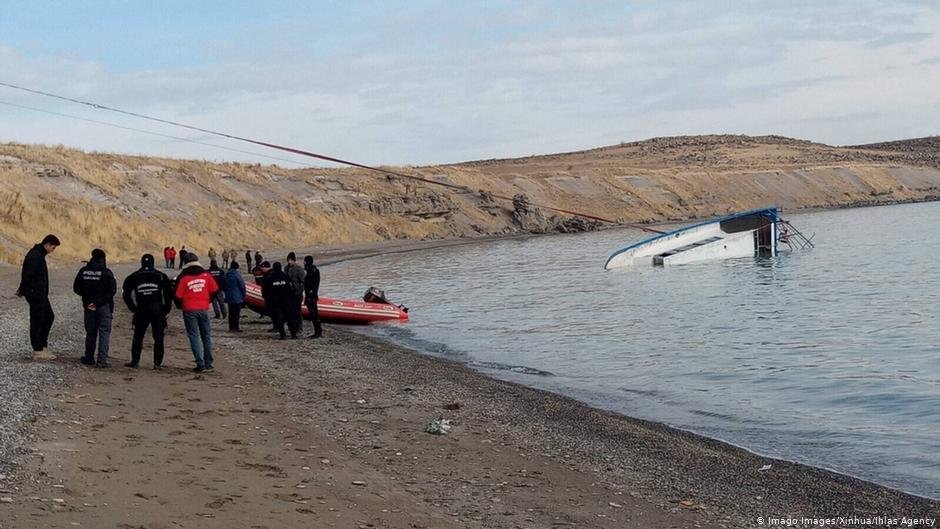 Turkey at the center of migrant crisis

Turkey is presently hosting more than four million migrants and refugees, with about 90% being Syrian nationals, who fled the conflict that has been raging in their country since the spring uprising of 2011.

While many hope to reach EU countries, the flow of refugees managing to cross to Europe from Turkey has dropped since an agreement between Ankara and the EU signed in 2016.