Migration to Europe in 2019: Facts and figures

More than 120,000 irregular migrants and refugees arrived in the EU this year, mostly by sea. Greece saw a dramatic increase in arrivals, while arrivals in Italy and Spain declined. We take a look at clandestine and irregular migration movements to Europe in 2019.

How many people arrived in Europe in 2019 without papers?

The total number of clandestine migrants and asylum seekers who arrived in Europe in 2019 was 123,920, according to data collected by the International Organization for Migration (IOM).
The number of arrivals in Europe has been falling steadily since 2016, though less notably so in the past two years. According to IOM, 144,282 people arrived in 2018; in 2017, that number was 186,788; in 2016, it was 390,456; and in 2015, there were more than a million arrivals.
Meanwhile, EU border agency Frontex detected roughly 125,000 "illegal" border crossings between between January and October 2019 into the European Union (this might include instances of multiple border crossings by the same person).

Most migrants arrived by sea, taking the dangerous 'Mediterranean Route'

Most migrants and asylum seekers who arrived in Europe in 2019 using irregular migration routes did so by crossing the Mediterranean Sea, data from both IOM and Frontex shows.

According to IOM, only 23,261 people who arrived in Europe in a clandestine manner in 2019 (as of December 23) crossed a land border to get into the EU – that's about one fifth of the total number of people. There was slightly higher number of land arrivals in the previous year when 26,806 people arrived by land; the ratio of people who arrived by land and sea, respectively, however, was roughly the same in 2019 and 2018.

The most popular point-of-entry countries into the European Union by land included Greece and Bulgaria, which both border on Turkey, and Croatia, which many migrants try to cross in a bid to make it from the Balkans to Western Europe.

Many migrants, however, are finding themselves stuck in Croatia's neighboring states as it has become difficult for migrants to cross into Croatia due to pushbacks and increased border patrols on the Croatian side of the border. IOM data shows that there are over 200,000 migrants stuck across the Balkans right now, in particular in Bosnia and Herzegovina and in Serbia. 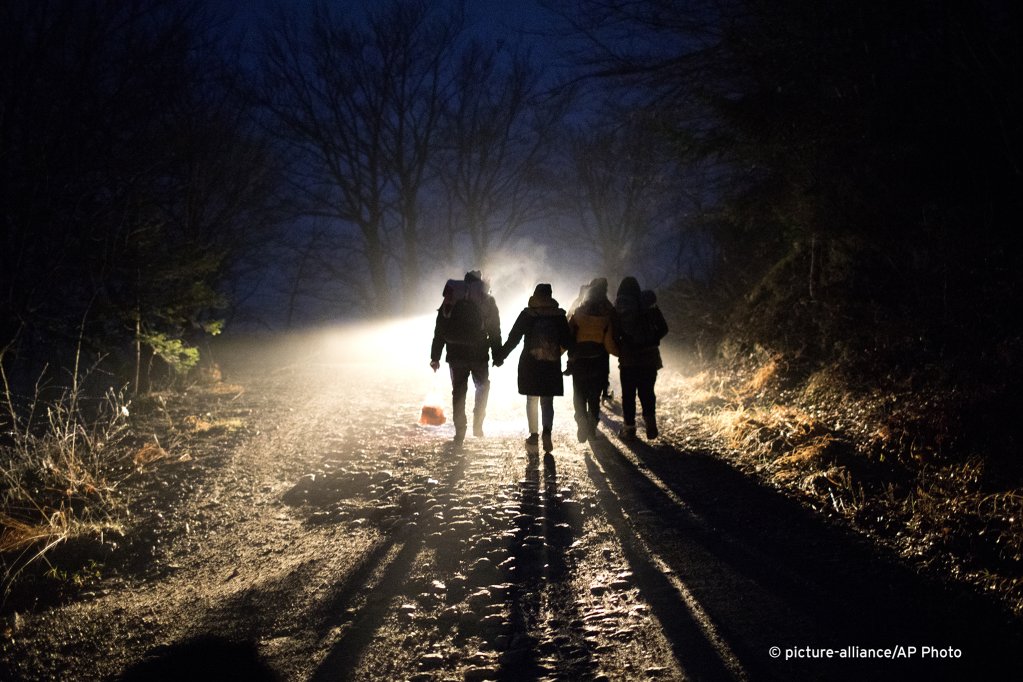 In the Eastern Mediterranean, between Turkey and primarily Greece, but also Cyprus, there were 66,166 sea arrivals this year, which is almost twice as many as in 2018 (33,536). This increase was largely due to an increase in arrivals in the second half of 2019 – between July and November, with between 6,000 and 11,000 migrants arriving on average each month. The Greek islands last saw arrival numbers like that in early 2016, before the EU-Turkey deal was signed.

It's worth to note here that while migrant rescue missions – like the standoff between the Sea-Watch 3 and its captain Carola Rackete with Italy's then-interior minister Matteo Salvini – did draw a lot of media attention, the vast majority of migrant sea arrivals in Europe were "independent" landings, which means that migrants landed without the aid of NGO boats, coast guard vehicles or the like. 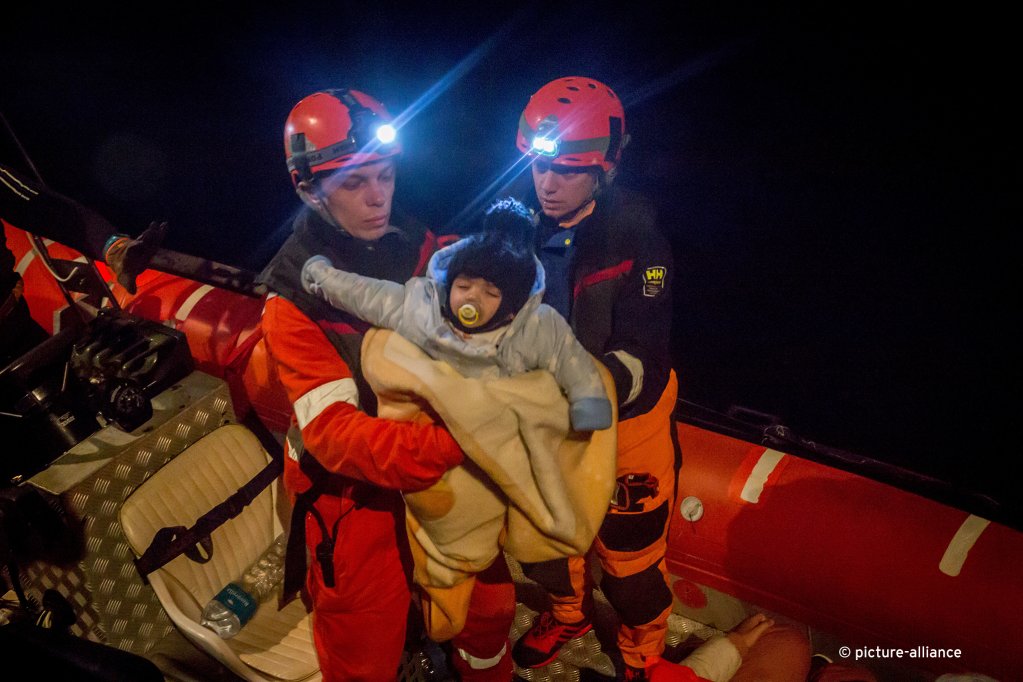 Crossing the Mediterranean Sea continues to be one of the deadliest migration routes worldwide. IOM estimates that there were at least 3,170 migrant fatalities worldwide in 2019 (as of December 19). More than a third of that – 1,246 migrants – are estimated to have died in the Mediterranean.

The number of migrants who died on this route (relative to how many people attempted the crossing in the first place) also decreased in 2019, down to 0.7%. In 2018, it was at 1.4%, which is twice as high as the current rate.

One factor that could explain this decrease is the fact that fewer people attempted to cross the Western and especially the Central Mediterranean, where the death toll is much higher than in the Eastern Mediterranean.

In 2019, more than half of Mediterranean migrant deaths happened on the 'central route' – though it accounted less than 14% of all crossings. 227 migrants were reported dead or missing on their way from Tunisia to Italy or Malta; 516 between Libya and Italy/Malta. Altogether, 3.4% of people trying to cross the central Mediterranean died.

Roughly one third of Mediterranean migrant deaths (432) took place on the 'western route' – mostly between Morocco and Spain, but also between Algeria and Spain. The death rate here was 1.5%.

The number of people who have been reported dead or missing in 2019 was comparatively low on the 'eastern route'’ between Turkey and Greece/Cyprus: just 71 migrants, according to IOM. That means that 0.1% migrants who attempted that crossing died. 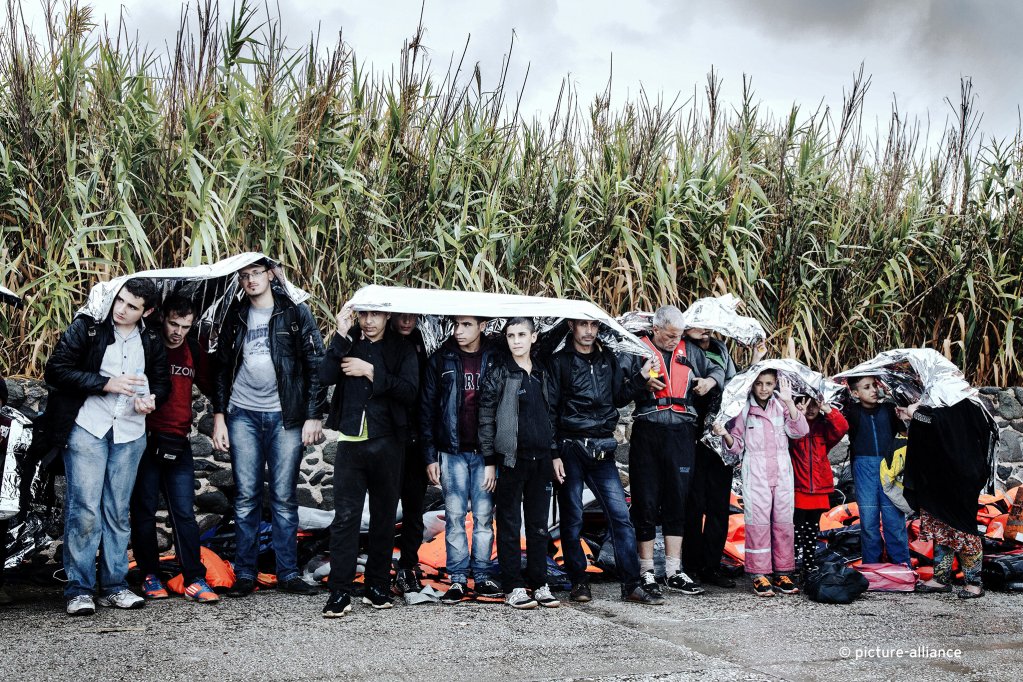 Among the causes of death for the other 84 people were injuries, hypothermia and exhaustion (suffered by migrants who tried to cross a border in remote, difficult terrain), vehicle accidents, and drowning trying to cross a river or the English Channel.

EU-wide figures regarding both "legal" migration pattern and migration within the EU are not yet fully available for 2019.