Born in Evin prison: An Iranian migrant in Germany

Maryam Zaree, daughter of Iranian parents, is a successful actress and director based in Berlin. As a teenager, she found out a well-kept secret: that she was born inside Iran's infamous Evin prison. Now Zaree produced a documentary to come to terms with her parents' silence and to shed light on her own migration history.

It was Christmas Eve 1985 when a 20-year-old woman arrived in the German city of Frankfurt with her baby girl in tow. They had successfully managed to escape Iran, where Nargess Eskandari had been a political prisoner in the notorious Evin prison. They had left behind Kasra Zaree, Eskandari’s husband and the child’s father: he was still a prisoner in Evin.

But Maryam Zaree, who was only two years old when she arrived in Frankfurt, had little knowledge of why they had left and where her father was. Her first memories are of growing up in Germany and spending time with her aunt and cousins in Paris, knowing that her father was away, but without knowing why.

When she was about 10, she finally met her father in Germany. After spending seven years in prison, Kasra Zaree had also been released and managed to escape to Europe.

Maryam Zaree is now a successful actress and director. Based in Berlin, she made a few headlines recently for her role in the German TV series 4 Blocks, which tells the story of a Middle Eastern drug gang.

“I would always claim that I am German, but that is also a political claim, I want to engage with the idea that Germany looks diverse, that non-white Germans are Germans as well. But it somehow goes against my idea of national identity,” she said during an interview at a screening of her debut film as a director at the Human Rights Film Festival in Berlin.

In 2019, Zaree released Born in Evin, a documentary about her attempt to find out more about the dramatic circumstances of her birth.

The story had been kept silent, but her aunt in Paris let it out when Maryam was a teenager: Maryam was born in prison. It came as a shock. Her mother had never mentioned this, and when Maryam asked, Eskandari kept her answers vague.

Eskandari and Kasra Zaree met in Tehran in the 1970s. They shared a dream and a fight: to see Iran free of Mohammad Reza Pahlavi, the country’s repressive Shah, or monarch, since 1941.

When the protests turned into a revolution in 1979, the Shah fled and Ayatollah Ruholla Khomeini, a cleric, came into power, declaring Iran an Islamic republic and imposing religious rule. He also started persecuting, arresting and killing political opponents -- often times those who had been instrumental in overthrowing the Shah. Zaree’s parents were among them. In 1983, they were taken to prison. Maryam was there too, still in Eskandari’s belly.

This is how Evin prison became Zaree’s place of birth.

Zaree had many questions surrounding her birth. How did it happen? Was her mother tortured? Was she afraid Maryam would die? When did they leave Evin prison, and how?

Eskandari eventually separated from Zaree’s father, studied psychology and remarried. Now Eskandari-Grünberg, she is a psychotherapist in Frankfurt. In 2018, she became the first woman born outside of Germany to run for mayor, coming in third.

She was very vocal about her migration journey, but would not respond to Zaree’s questions about the circumstances of her birth. Even when Zaree showed her a trailer to present the project for the film she wanted to put together, Eskandari cried but did not say anything.

“I had done psychoanalysis, I dealt with it on a personal level,” said Zaree of her mother’s silence. “One of the things I learned is that the parents’ generation -- the ones that have experienced persecution, dehumanization, injustice -- they have all the right in the world to deal with their experience in whichever way they want.”

So, while she respected the silence surrounding her family’s history, at the same time Zaree felt a responsibility as a child of survivors, and herself a survivor, to ask questions and to expose the atrocities that took place. 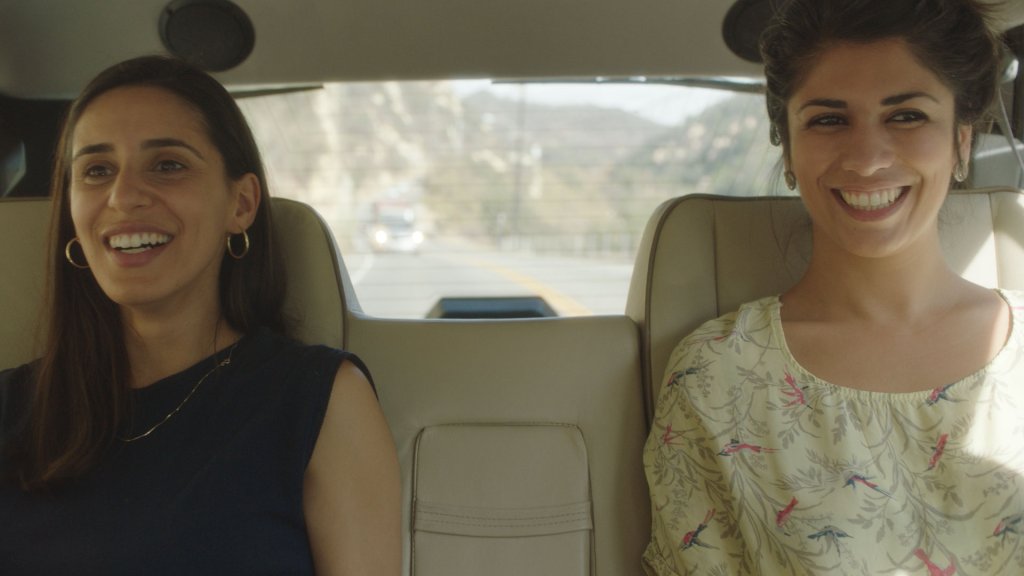 Stand up against atrocities

“I interviewed my father for hours and hours. It is not in the film, but there are explicit torture descriptions. It is unbearable to know that the people you love had to go through that, that there is no peace, that there is no justice,” said Zaree. “I think it creates some sort of unrest about the way the world is: It is not good enough, we need to be better, we need to engage more.”

That is why she decided to translate her personal experience into a documentary, where she talks to other political prisoners who survived, like her parents, and seeks out other children born in prison.

She managed to talk to one: Sahar Delijani, a writer who was born in Evin just a few months after Zaree. Delijani wrote a novel titled Children of the Jacaranda Tree, which begins with a description of a birth in a prison, and inspired Zaree to find an artistic expression to her own story.

Although Zaree is the film’s protagonist, as well as the director, the film is far from voyeuristic and does not go into specifics of her life or details of her parents’ imprisonment, for example.

For Zaree, it was necessary for her personal quest to resonate beyond Iranian politics, within the current political context. She said she wanted to put a spotlight on those who deny that atrocities have taken place in the first place, be it in Iran, Nazi Germany or in the Mediterranean.

“When we say that people drown in the Mediterranean, we don’t let ourselves be touched by that anymore. But we really need to make that space in our hearts in order to connect to what the loss of dignity and human rights actually means,” she said.