Sub-Saharan migrants in Egypt subject to increasing abuse and violence

As Egypt is suffering an economic downturn, migrants and refugees from sub-Saharan countries are experiencing growing abuse and violence. Egyptian President Abdel-Fattah el-Sissi is trying to intervene, making skin-deep reassurances.

​The mega-city of Cairo has long established itself as a key destination for many refugees in the region. People fleeing civil war in Syria and in Libya have made the Egyptian capital their homes, with many establishing new businesses and livelihoods there. For the most part, people from Arab-speaking countries have found themselves to be relatively welcome on the banks of the River Nile, as they've had to start their lives all over.
However, the situation on the ground often isn't as welcoming for migrants and refugees from sub-Saharan Africa, who are increasingly reporting instances of racial abuse and discrimination. A report in the Associated Press (AP) says that Egypt has long been ignoring the racist tendencies in the midst of society against people of darker skin color. 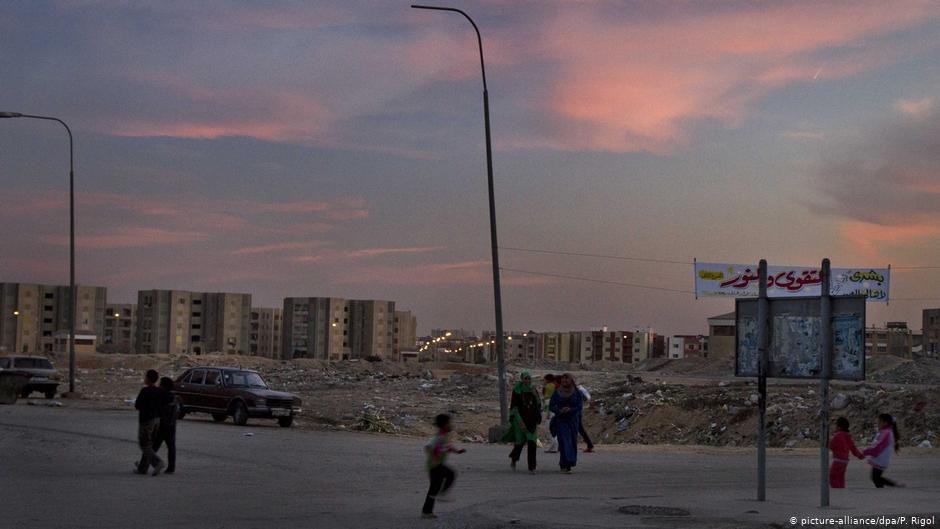 AP staff in Cairo visited several migrant communities to gather information about the casual racism that migrants in the city with a population of 20 million people are exposed to. People reported that they have "endured racist insults, sexual harassment or other abuses in the past three months" alone. Among those surveyed were four children, who said they had had "rocks and trash thrown at them as they go to or from school."

Others reported being referred to by racist slurs, including the common Arab-language slur against people of color, "slave." The majority of those on the recipient end of such abusive language were sub-Saharan women. The AP team said it had spoken to "at least two dozen sub-Saharan Africans" including the aforementioned four children as part of their research.

Women bear the brunt of the abuse

The AP report highlights the case of two Sudanese sisters, who were assaulted as they were walking their children home from school. A group of Egyptian teenagers crowded around them, taunted them with slurs and even tried to rip clothes off one of the women. The two women, who had only arrive in Cairo a few months earlier fleeing violence in Sudan, said they were shaken to the core.

AP says that the harassment "brought up traumatic memories of detention, torture and rape they said they experienced at the hands of militias in Sudan's Nuba mountains." One of the two women told AP that they had fled to Egypt seeking safety, "but the reality was very different."

The report also highlighted the case of two South Sudanese women, who told the AP they had been sexually assaulted by their employers while working as part-time cleaners. Speaking on the condition of anonymity, the told the news agency that they hadn't reported the assaults against them to the police, as one of the two women had not finalized her documentation as a migrant in Egypt and the other feared reprisals from her attacker.

According to the IOM, Egypt hosts more than 6 million migrants, more than half of whom come from Sudan and South Sudan, where conflicts continue to displace tens of thousands of people each year. 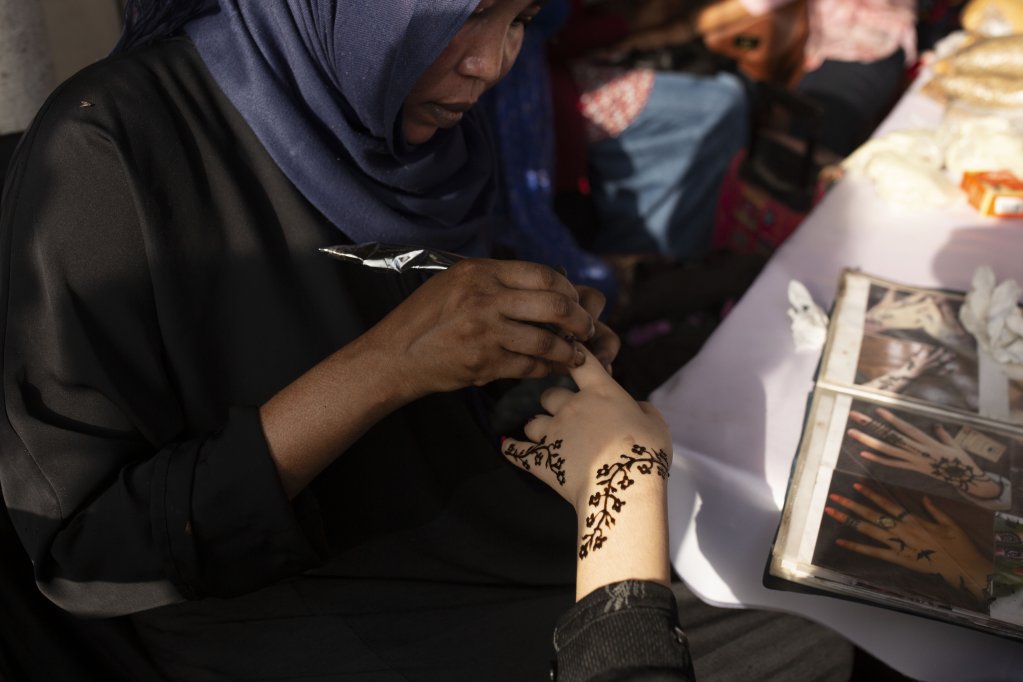 The IOM confirms that attitudes towards migrant women in particular have been shifting for the worse in recent months, with an increasing number of reported cases of "sexual and gender-based violence against migrants."

Shirley De Leon, a project development officer at the IOM, told AP that xenophobic attacks against migrants were at least in part linked to increasing economic woes in Egypt, which are "exacerbated by inflation, eroded income and high youth unemployment."

"Women and girls are the most effected, but so are vulnerable men and young boys." De Leon said. AP also spoke to a male refugee from Ethiopia, who came to Cairo five years ago, escaping persecution at home. He said he believes the only reason he has been able to keep a job in Egypt was because he makes half the salary of an Egyptian. He says that despite xenophobia and economic problems, Cairo remains his best available option.

"Here is much better than in my home country as there is likely a zero chance to leave for Europe," he told AP. 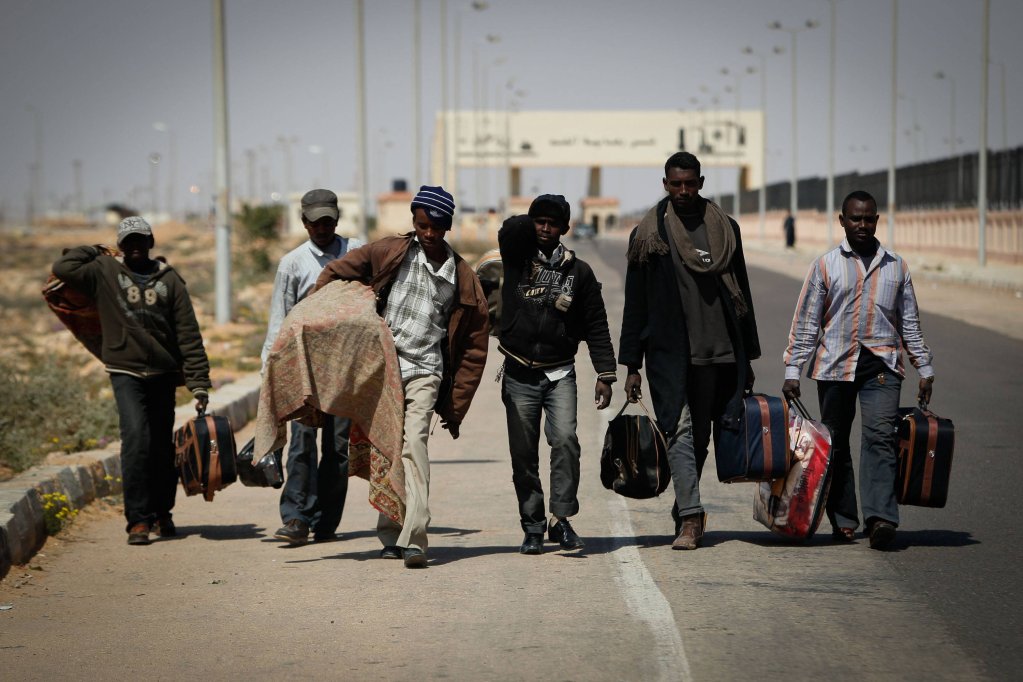 His words followed a public outcry in November over a viral video showing three Egyptian teenagers bullying a schoolboy from South Sudan. The teenagers in the mobile phone video are seen laughing and making fun of the boy's dark complexion before trying to take his backpack.

Attia Essawi, an expert on African affairs at Cairo's al-Ahram Center for Political and Strategic Studies, says it will take a lot to break broadly-held racist attitudes in Egypt, where for centuries people with fairer, more European looking skin have received preferential treatment.

"Authorities should be decisive, with more severe measures against racism and bullying,'' he told the Associated Press. But while leaders like Sissi are trying to address the issue, there might still be a long way to go for Egypt to own up to its racist attitudes towards sub-Saharan migrants and refugees:

In 2018, a court sentenced a man who had beaten a South Sudanese teacher working in a community-run school for refugees to death to seven years in prison. While some see progress in the fact that he was sentenced at all, others find the conviction too lax for a man who was known to harass refugees even before committing murder.
Refugees and rights workers all agree that the country still has a long way to go, as racist attitudes against migrants and refugees appear to be deeply ingrained across various sections of Egyptians society. In a research paper from 2012, long before the onset of the so-called refugee crisis of 2015 and 2016, the UNHCR already noted racist attitudes and violence against sub-Saharan migrants in the country dating back many years.