Hundreds of migrants who fled the hell of the detention centers in Tripoli have occupied the premises of the GDF, the UN transit center for evacuating vulnerable and identified refugees out of Libya, for months. They say they are now being kicked out of the center and pushed into a dangerous and conflict-torn city. The UN says the departures are voluntary.

Where can we go? What can we eat? How can we avoid skirmishes? In Tripoli, these are the questions facing many migrants who feel increasingly helpless in the face of the deteriorating security situation and the ongoing closure of the main services of the GDF (Gathering and Departure Facility); the assembly and departure center of the United Nations High Commissioner for Refugees (UNHCR). "UNHCR keeps saying that departures from the GDF are voluntary, but that's not the case," said an Eritrean migrant formerly held in the Abu Salim retention center and currently in the GDF. "If we agree to leave the premises, we will find ourselves very vulnerable, without income or resources," he told InfoMigrants, on condition of anonymity.

There are dozens of people like him who are trying to stay under the protection of the GDF for as long as possible. Since the bombing of a migrant detention center last July, hundreds of migrants have been released or have fled prisons to go - sometimes on foot - to the GDF thinking they will be safe there. Faced with an influx of migrants, the 600-capacity transit center quickly reached its saturation point at nearly 1,000 people. UNHCR then announced the cessation of accommodation and food distribution services from 2020.

"We're being pressured to leave. Those who agreed received 600 dinars [about 385 euros] in compensation, but that's nothing in relation to prices outside the city. Without any income to survive, they advise us to stay at the GDF for as long as possible," said another migrant, originally from Sudan and formerly detained at the Tajourah center before coming to seek the protection of the UN center. 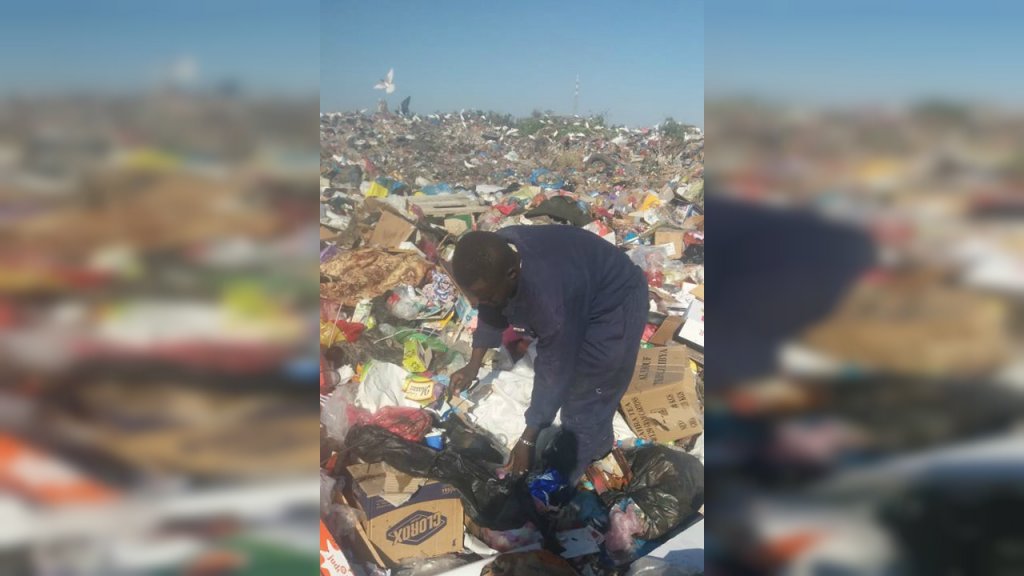 For its part, UNHCR told InfoMigrants that its catering services in the GDF were extended in January because "not all refugees for whom a solution in a third country has been found have been able to be evacuated out of Libya yet". According to a spokeswoman for the organization, there are still 55 people waiting in the GDF until they can get on a flight and leave the country. The 900 that remain, according to UNHCR estimates, arrived spontaneously in recent months from the Tajourah and Abu Salim detention centers in the hope of increasing their chances of being evacuated. Two Eritreans killed after leaving the GDF

UNHCR regrets that this influx of migrants has diverted the GDF from its original mission of operating as a transit center where vulnerable refugees or asylum-seekers spend a short period of time after being released from detention and before being evacuated. The organization's spokeswoman lamented that the most vulnerable - such as women and children - are now deprived of access to the GDF, which is currently occupied by asylum-seekers whose health and administrative situations were not initially assessed.

"We encourage those who have arrived spontaneously since July to take advantage of our support kit [for living outside the GDF] which includes cash, non-food items and a scheduled appointment with the UNHCR team to assess their protection needs," the spokeswoman said, stressing that no migrants had been forced to leave, contrary to what witnesses interviewed by InfoMigrants repeatedly said.

Many migrants say they are staying in the GDF primarily out of fear of going out in a city reduced to a war zone. In addition to their inability to find shelter and enough to eat, migrants fear above all for their safety, as several cases of kidnapping outside the center's doors have been reported in recent months. Worse, some migrants have even been reportedly shot in cold blood. "Two Eritreans were killed last Thursday. They had been forced to leave the GDF 10 days earlier with many other former Abu Salim detainees," one Sudanese migrant told InfoMigrants, adding that several of them had been transferred to the Tariq al-Sikka detention center in Tripoli.

In a January 10 statement, UNHCR confirmed the deaths of the two Eritreans and expressed its "deep sadness." According to the UNHCR spokeswoman, they were killed in an attempted burglary at the migrants' home in a high crime area. These tragedies "remind us that the situation in Libya is deteriorating," and that "bombings have taken place very close to the GDF [at the beginning of January]," the statement said. The organization sees this as proof that no building or center has been spared and that "no safe place currently exists in Tripoli for refugees and asylum seekers". UNHCR is calling for more relocation places to be opened to evacuate migrants from Libya to transit centres in Niger or Rwanda and to Europe.

In Libya, migrants face danger from all sides. Another tragedy, this time at sea, was reported by Alarm Phone, a platform for migrants in distress. According to Alarm Phone, a person seeking exile was shot dead by a Libyan coastguard after being intercepted on a makeshift boat bound for Europe, along with 65 other asylum seekers; the migrants were reportedly refusing to be returned and disembarked in Tripoli. According to Alarm Phone, his body was then thrown into the water. The International Organization for Migration has not confirmed the death, but said the man had already suffered several injuries before setting out to sea.

Migrants from a boat that was intercepted at sea called us from #Libya in terror. Some of the 65 people refused to disembark in #Tripoli. A migrant was reportedly shot and thrown into the sea.