Five years of training programs for refugees at Volkswagen

One of Germany’s biggest car companies, Volkswagen (VW), started offering programs and help for migrants, asylum seekers and refugees in 2015, when more than a million people arrived in Germany. Now, they and their partners have helped more than 5,000 people say the company.

"My name is Mustafa, I am 32 years old and I come from Iran." Mustafa is learning to be a stage and event technician through one of the programs run by the Volkswagen group (VW) along with the German employment agency (Agentur für Arbeit) and the regional Chamber of Commerce in Wolfsburg, where VW has its headquarters. This particular 10-month program provides intensive language courses and a chance to learn about the kinds of training programs that are out there, not just within VW but at various partners from other medium-sized companies in Wolfsburg and the region.

"My name is Yossef Hweidi, I am 25 years old. At the moment I am learning to be a car warehouse operative at a company called Nora." Hweidi is also part of the VW program, “Ausbildungsperspektive für Geflüchtete” (Training program opportunities for migrants and refugees). “People here have been really kind to me,” says Hweidi.

His manager, Suphi Serac at the NORA warehouse in Wolfsburg says that Hweidi fits into the team well. “He is very hard working,” comments Serac. "I know how difficult it is coming to a new country and making something of yourself; that’s why we support these people." 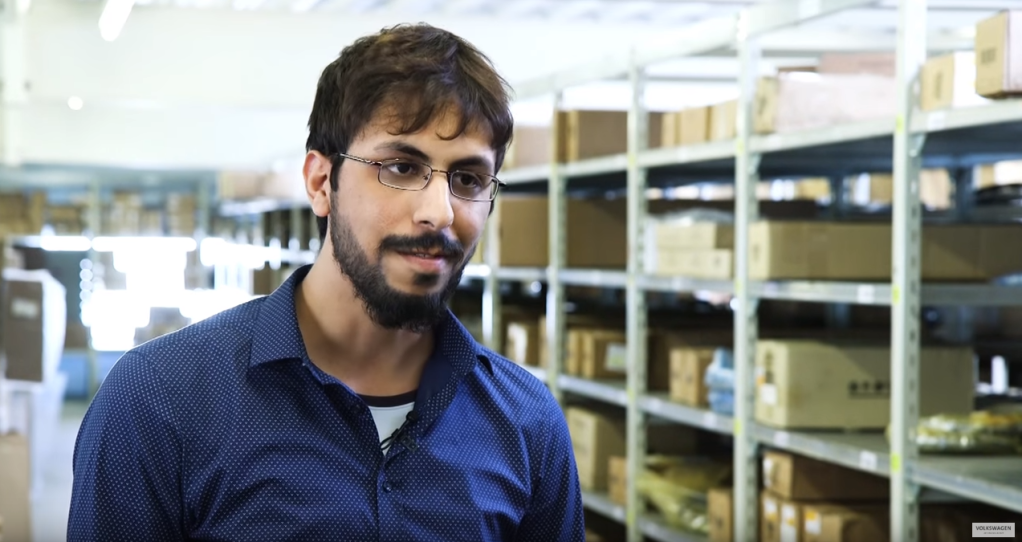 'I feel good in Germany'

Over at the Hallenbad cultural center in Wolfsburg, Mustafa is learning to operate and place stage lights ahead of a performance. Mustafa says, with a big smile, that he "feels good in Germany." His boss, Andreas Plate, the director of the cultural center feels it is important to support people like Mustafa too. He acknowledges that most people in Germany would not have had to go through the kinds of things that Mustafa and other refugees have experienced. "We don’t care where people have come from, just what they can do. What is important to us is, in a way, providing a stage on which they can do that."

Ariane Kilian is the head of VW’s refugee outreach program. "We have been helping refugees since 2015," Kilian confirms. She says that at first the company wanted to provide as much emergency help as possible. Over the years though, they have come to realize what could be more helpful to refugees looking to enter the job market. That's why they developed the 10-month program. "Our focus is on education and qualifications. We realized that one of the biggest hurdles to entering the German job market was language qualifications and entry qualifications in general." This led VW along with “very competent partners across the region” to ensure that refugees had access to that training and knowledge about the kinds of programs on offer. 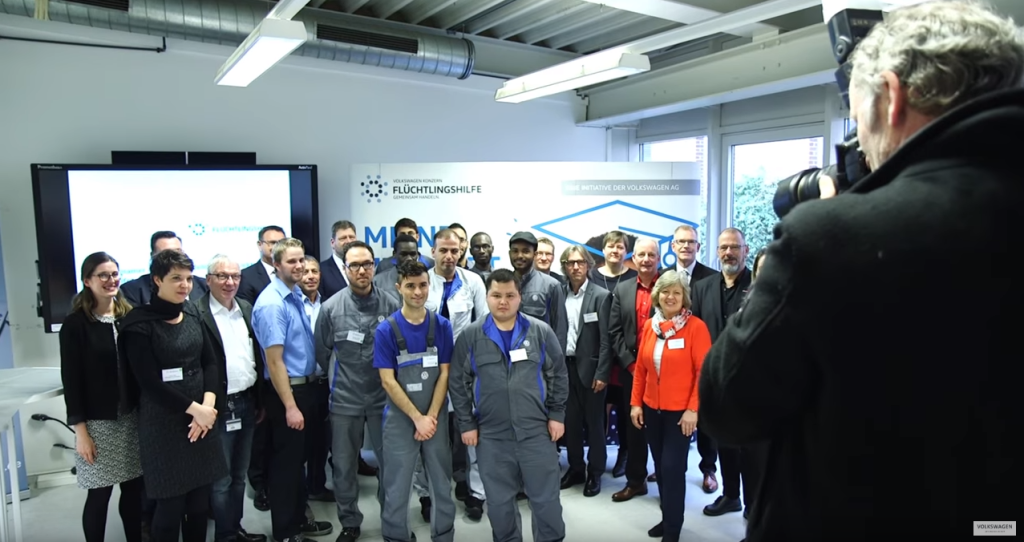 Starting with the language

VW supports several different programs and apprenticeships. From language courses for refugees and asylum seekers, to days designed to get girls and women interested in the car industry. The 10-month pre-apprenticeship training program though begins with a two-month intensive language course. At VW participants are able to learn about a number of different jobs, from electronics to IT. They also learn things that would help them in any industry in Germany, the rules about work-place safety, IT and personnel questions. The eight-week practical course at VW covers issues like punctuality as well as more practical skills like working with different materials.

One of the trainers at VW is Daniel Haase. "I’ve been working with the refugee project from the very beginning," he says in a video about the project, made in 2018. "My experience is that every person who has taken part has really worked hard and put a lot of passion into what they have learned. […] The refugees seem incredibly motivated."

After the initial course at VW, participants are offered a six-month practical placement with one of the partner companies. If that goes well, they have a direct route into a proper three-year training course which will eventually open up the German employment market to them.

According to the local newspaper, Braunschweiger Zeitung, VW is putting a "seven-figure sum" behind its refugee outreach program, although the exact figures remain vague. The program is important to VW, states Frank Witter, one of the financial directors at VW and a supporter of the charity outreach program. According to the Braunschweiger Zeitung, he talks about how it has helped "build bridges" in the company and how they are encouraging VW employees to take part in the training of the refugees on a voluntary basis. 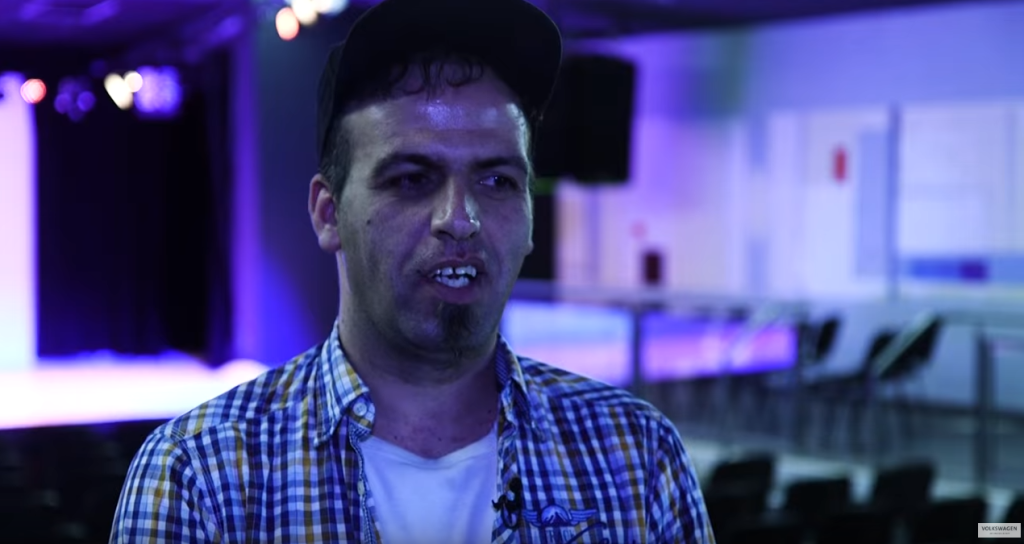 Kilian told the Braunschweiger Zeitung that so far VW had put 154 refugees through its own programs since 2016. The 5,000 figure covers participants on all the different programs which have been running since 2015 with support from the VW group. Each year between 10 and 15 refugees take part in the program which begins every autumn. Once participants have been through the course, a high proportion of them are offered a proper apprenticeship. Kristin Panse, head of the Regional Apprenticeship board (Regionalverbund für Ausbildung) said that out of 22 participants in the first two years the course ran, 20 people were offered full apprenticeships.