German workplaces have become more diverse in recent years. But diversity and inequality data is hard to come by and when available it often lacks complexity. A look at the current situation and what it means.

The number of reported cases of discrimination in Germany rose 15% last year, according to a government survey. People were most likely to be discriminated against on the basis of race or ethnicity, followed closely by gender. More than a third of those surveyed by Germany's Federal Anti-Discrimination Agency said they experienced some form of discrimination at work. It turns out the workplace, where many adults spend the vast majority of their waking hours, also happens to be where they are most likely to suffer discrimination.

'Nothing to show without the data'

In Germany, it is very difficult to get a picture of how discrimination could be affecting certain groups of people in different industries and at various levels of management, according to diversity and inclusion experts. Most German employers do not collect anonymized data on race, religion, sexual orientation or world view. Berlin-based diversity and inclusion consultant Floria Susan Moghimi says that makes her job harder. 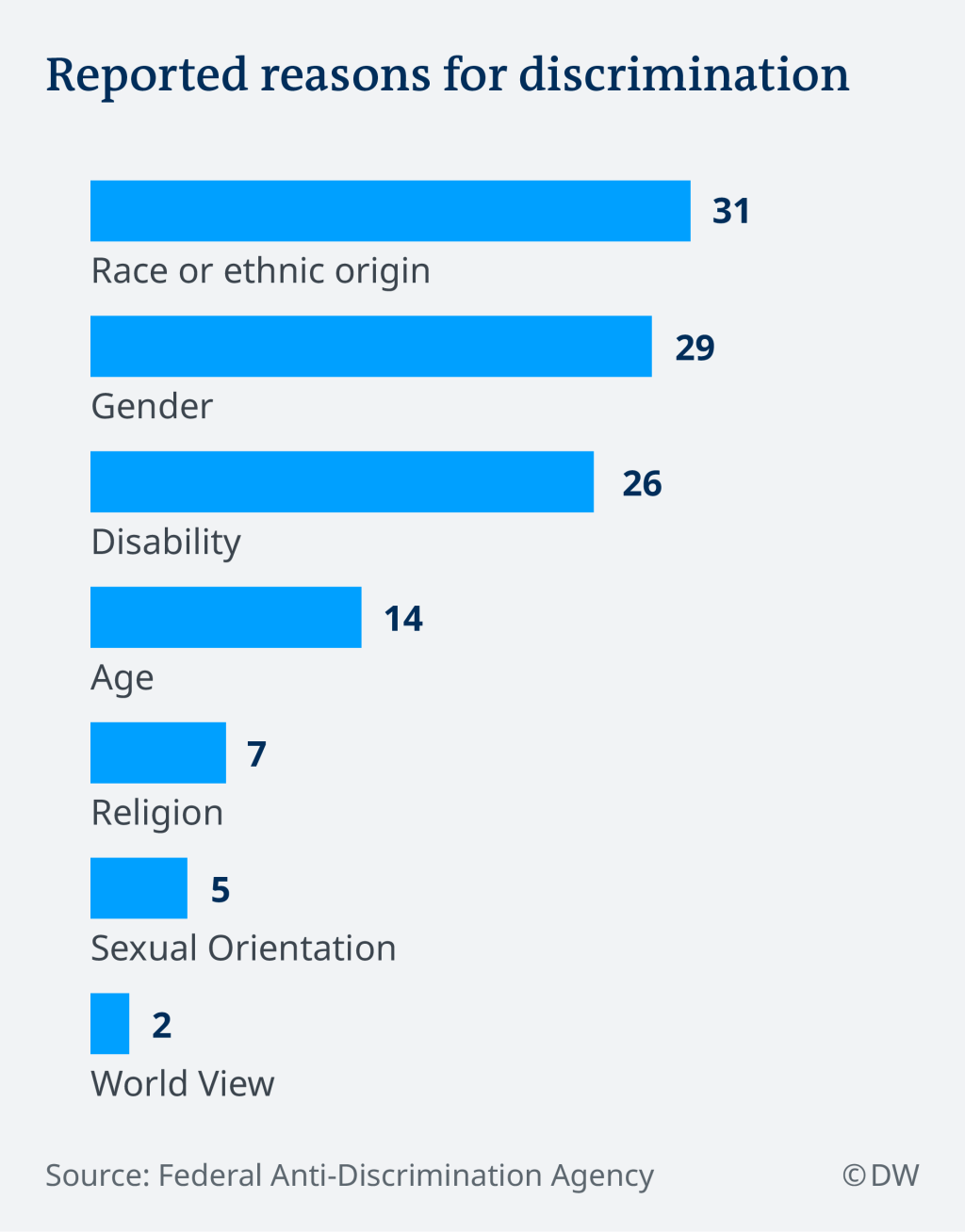 "Without the data, especially with leaders, who love data and numbers, I don't have anything to show," she tells DW.

Moghimi cannot "visualize" how different forms of discrimination could potentially be affecting a company. And it is also impossible to see how intersectionality, different aspects of discrimination, such as race and religion, overlap with gender. The standard practice in Germany is to collect binary data on gender — male or female. Additional diversity data may sometimes include nationality.

"The problem with nationality (data) is that it's not the solution to tackling racism," says Moghimi. That's not enough and it skews the information, she notes.

Joshua Kwesi Aikins, a senior researcher with the Citizens for Europe in Berlin, agrees. "This has to do with the general reluctance to engage in a more differentiated conversation about the reality of discrimination beyond a very simplistic notion of gender discrimination," the political scientist explains.

Around one in four people living in Germany has a "migrant background," meaning that they are first or second generation migrants. And slightly more than half of them are German passport holders, according to government figures. Despite their religious, ethnic and racial diversity, all of them are lumped into the "people/person with a migrant background" category.

"A lot of European companies operating within [the continent] are quite confined by the way they view racial diversity," says Sarah Chander of the European Network Against Racism. 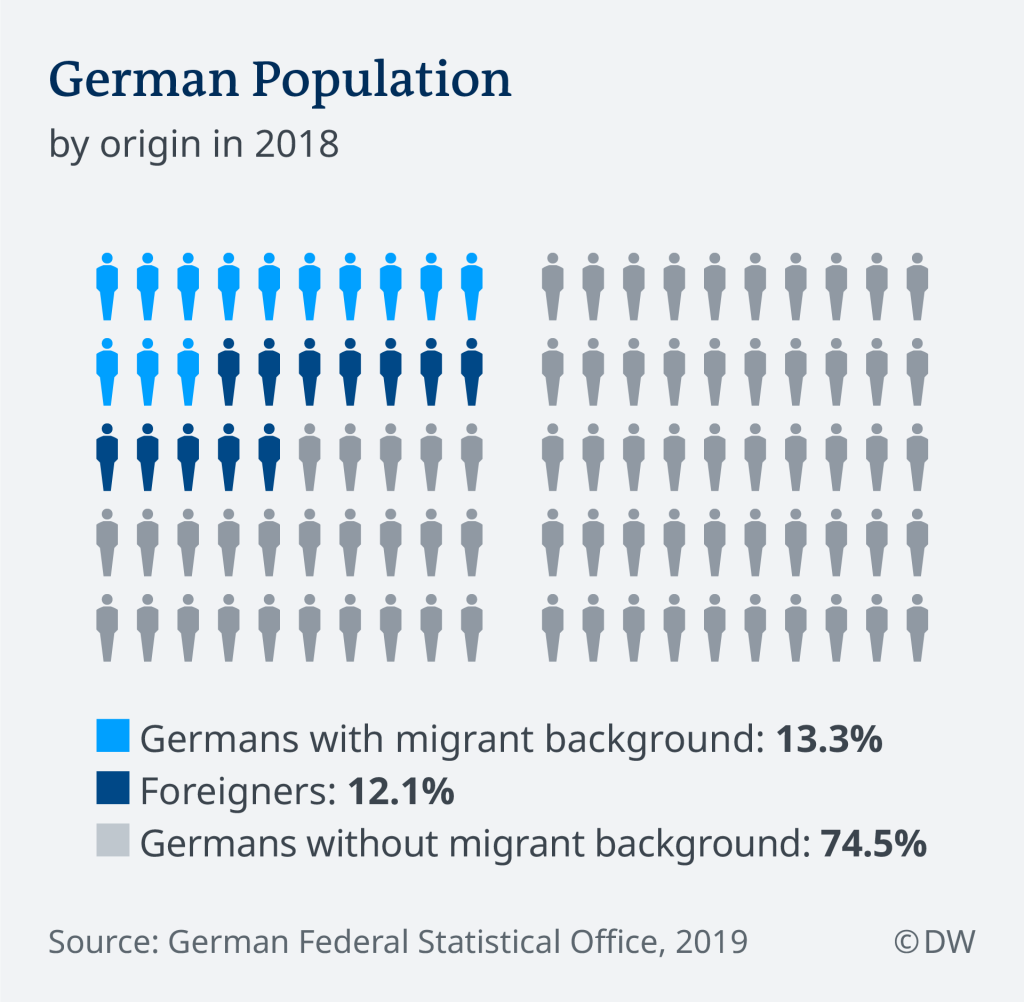 And that's not the only problem with this data. The information is more than often not self-declared. In a globalized world, being a passport holder of a certain country doesn't necessarily mean that a person identifies with it.

"What that does is just limit this notion of what diversity counts as to nationality or links to migration in recent times," Chander notes.

The diversity debate in Germany

Germany was already home to millions of visible minorities, but migration and globalization have had a major impact on its population in recent years. The discussion on diversity in Germany has taken on a new dimension since "the summer of migration and movement in 2015," says political scientist Aikins.

"This influx of migrants and refugees especially has given new poignancy to the debate, and has opened new levels of interest especially in the issue of equality data gathering," he explains.

Many people are questioning what German society looks like, and companies are also being thrown into what is sometimes a highly charged debate. Earlier this year, Boris Palmer, the mayor of Tübingen in southwestern Germany, unleashed a "shitstorm" on social media when he asked whether an ad by Germany's national rail operator Deutsche Bahn reflected German society. Palmer didn't think the ad, which showed people of color (some famous) on a train, reflected the country. The comments on social media showed just how polarizing the discussion is.

Minorities are only too "keenly aware" of the debate on migration and the change in tone, Aikins says. 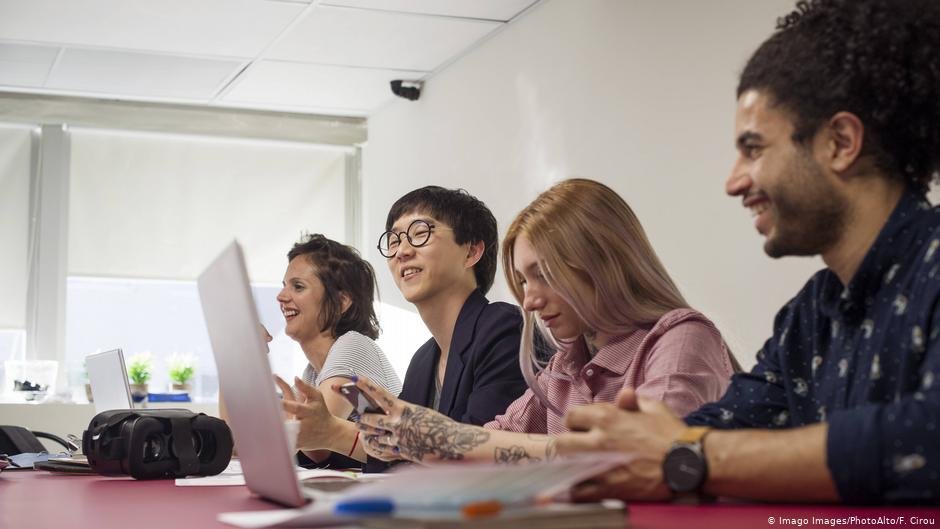 On the one hand, there's the rise of anti-immigration parties which often target underrepresented groups in their messaging, and there are large companies trying to show a more diverse image to the outside for marketing and sometimes hiring purposes. But promoting diversity in ads alone isn't enough, says Aikins.

"Companies need to be transparent about how they are measuring diversity within their own organizations instead of just promoting in ads," he explains.

More diversity and equality data could help companies identify structural or systemic problems that exacerbate discrimination in their own structures, experts say. And that could help them attract or retain talent from underrepresented groups. German law mandates equality, so it is up to companies to ensure that they are doing all they can to encourage fairness in the workplace. That could also serve their public image in a society that is increasingly diverse.

However, big German companies especially face structural challenges collecting more diversity data. And it is likely within their own walls. Human resource departments in large firms often need the approval of the legal department, the workers' council, and potentially the supervisory board, for such diversity initiatives. More people may need to be convinced of the significance of this data.

This could be a catch-22 situation. The same people who need to be convinced of the significance of the data may also be the ones standing in the way of obtaining it.