Migration in 2019 – numbers worth knowing

Fewer asylum seekers are coming to Germany, yet the number of people in need of protection worldwide continues to rise. Here are some of the key migration facts and figures for 2019.

The number of asylum applications in Germany has declined for a third consecutive year. In 2019, 111,000 people came to Germany to apply for asylum, according to the Mediendienst Integration, a group of researchers on migration.

Around 23,400 more asylum seekers already in Germany put in a second application and a further 31,400 applications were submitted on behalf of children of migrants born in Germany in 2019.

The falling number of migrants arriving in Germany contrasts with the increasing number of people seeking protection worldwide. By the end of 2018, nearly 26 million people had been forced to leave their home countries: most were from Syria, Afghanistan and South Sudan. 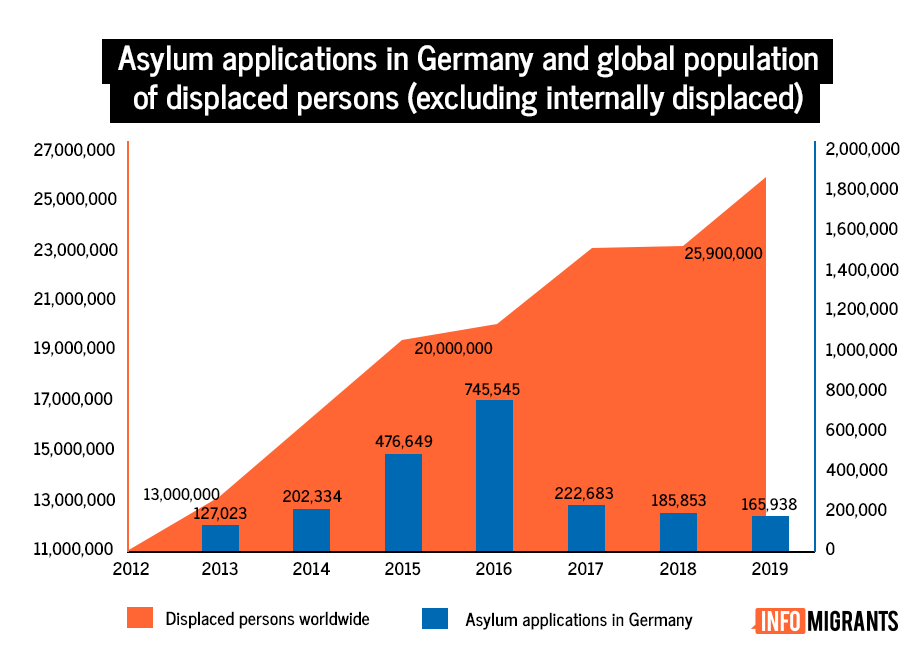 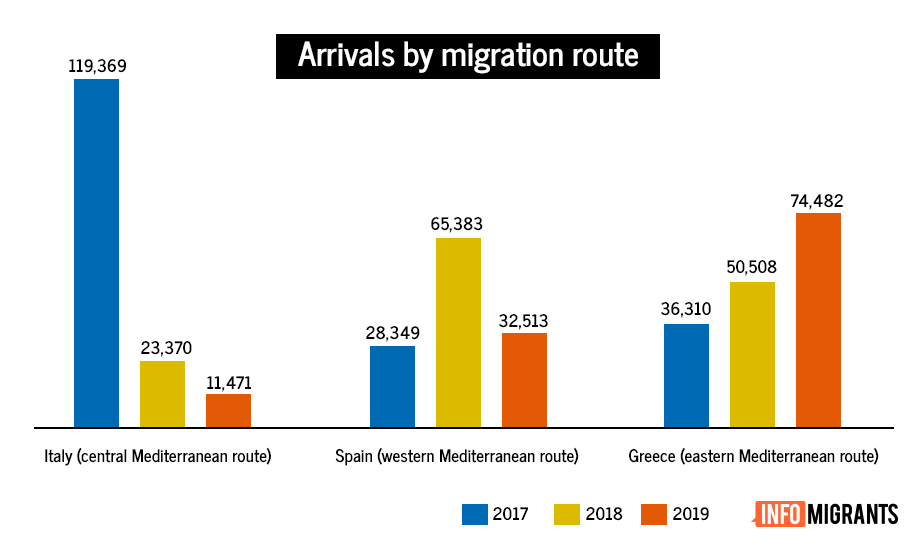 The rate of positive asylum decisions in Germany rose slightly from 35 percent in 2018 to 38 percent in 2019. Fewer spouses and children came to Germany in 2019 than in the previous year. Between January and November 2019, around 10,500 people came to Germany under family reunification laws.

Between January and November 2019 around 23,300 people were deported from Germany – roughly the same number as in the previous year. In the same period, around 12,900 people left Germany under the voluntary repatriation scheme REAG/GARP.

Between January and September, according to immigration authorities, a further 7,200 people without legal status in Germany left the country voluntarily.

At the end of 2019 there were nearly 250,000 people living in Germany without legal status. Around half of them were rejected asylum seekers, the other half were foreign students, workers or tourists whose visas had expired.