Global platform reconnects refugees around the world with their families

Conflict, scarcity of natural resources and poverty force millions of people to leave their countries and seek a better life elsewhere. Many of them are separated from their loved ones in the process, but an organization is helping them reconnect with their families.

Forty seven year-old Abdi [name changed to protect identity] escaped from Somalia in 2008 after war broke out and he was threatened with abduction by the country's militia. The Somali, who was working for a Kenya-based trading company at the time, fled to the world's largest refugee camp, in Dadaab, Kenya, and was later moved to Kakuma.

He and his family of 24 members, including his father, brothers and cousins, had all fled Somalia to escape the war and were separated from each other in the process. Abdi tried to locate his family, in vain, and he was naturally sceptical when a volunteer from "REFUNITE" suggested he use the family tracing platform to look for his loved ones.

"My friend, I have already tried this through another family tracing agency and you are a new NGO. You cannot reunite my family," the Somali recalled telling to the REFUNITE’s volunteer. "He explained how it worked, but I did not listen well because I wasn’t interested. But after some days, I saw a message on my phone from REFUNITE, " Abdi told DW by phone. The message, it turned out, was from his brother, who used a nickname known only to his closest friends and relatives. Since then, the organization has helped Abdi get in touch with most of his family.

There are nearly 65.3 million forcibly displaced people worldwide today, according to the United Nations High Commission for Refugees (UNHCR).Out of these, over 50 percent are from Africa and the Middle East.

Many of these families are separated while fleeing and end up in different parts of the world. It is these refugees and displaced persons that REFUNITE seeks to help. Its mission is to "reconnect families across the globe with missing loved ones." The tech NGO helps people connect through a mobile phone, using SMS, USSD, web or one of its free help lines.

"REFUNITE helps refugees and their families search, connect and communicate," Ida Jeng, communications head for the organization told DW. The platform was founded in 2008 by two Danish brothers and social entrepreneurs, David and Christopher Mikkelsen, who helped an Afghan refugee find his lost relatives and eventually built the first version of the platform with support from Ericsson to assist displaced people globally. 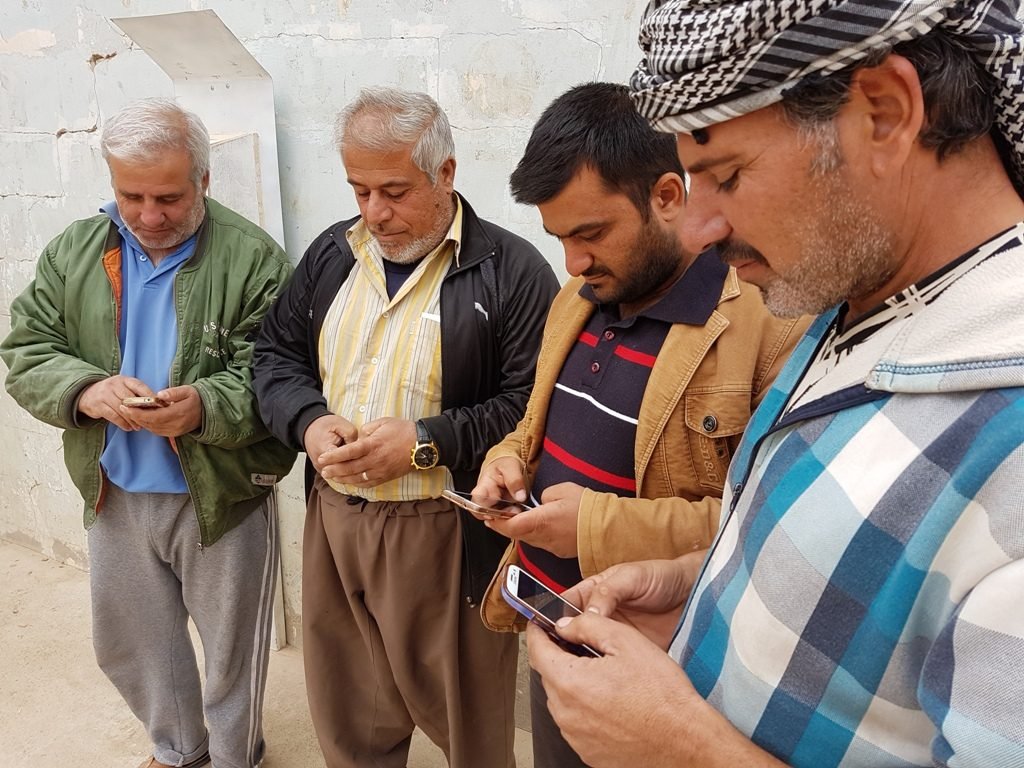 Over 600,000 people have registered on the platform, which works even without internet access, Jeng says. In Kenya's Dadaab refugee camp for example, migrants can access the platform through a simple phone using USSD, a two-way communication system that is very popular in East Africa, especially for mobile payments. REFUNITE works with a global network of mobile companies to provide free access to the system for families searching for their loved ones.

In countries like Iraq, Somalia, Kenya and the Democratic Republic of Congo, displaced persons can search and communicate with their missing family members via SMS or USSD. The NGO then looks for matches on its database. The platform can also be accessed via web from anywhere in the world.

In several countries in Africa, REFUNITE has joined hands with Facebook to offer Freebasics to its users, Jen says.

One of the challenges faced by REFUNITE is making the platform accessible to illiterate people, in countries such as Pakistan, Somalia, and the DRC. In other areas, data costs present a big issue, especially since migrants need to save their money for more important needs like food.

The organization is now working on developing interactive voice response system (IVR) which will allow illiterate people to search for their missing loved ones.