Most requests from Greece to join refugee family in Germany fail

European asylum rules allow refugees in Greece who have been separated from their families in Germany to apply to be reunited. Yet the German government has revealed that the majority of requests for family reunification continue to be rejected.

The German government was asked to reveal to the parliament what proportion of requests for family unification from Greece it had granted between June and December 2019. In response to the question from Left Party MP Gökay Akbulut it announced that of 747 applications for family reunification from Greece in the second half of last year, 539 were rejected -- that equals a failure rate of 72%.
Rise in rejection rate
The rate of rejections has risen significantly. In 2018, 59% of applications from Greece for family visas in Germany were rejected. This was in spite of the fact that the situation in Greek Hotspots (i.e., the camps on the Aegean islands) had worsened, Akbulut said.
"For those affected, including many unaccompanied minors seeking protection, this means that they are not allowed to come to Germany to join their family members," Akbulut explained. "(T)he long separation from their relatives is an enormous burden." 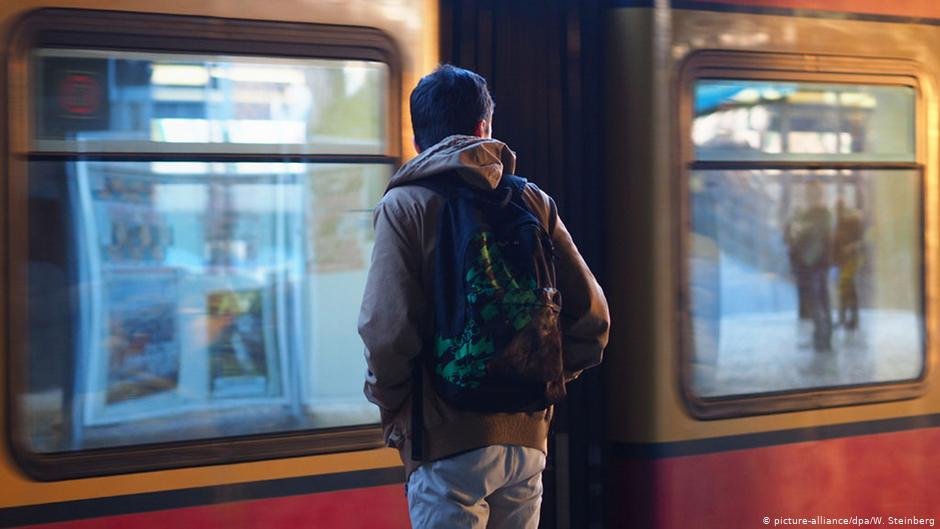 Akbulut pointed out that, according to the Dublin regulation, Germany is responsible for the asylum procedures of refugees entering Greece if they have families here. Under European asylum law, family unity and the best interests of the child are protected. Akbulut said German authorities should "exhaust all legal options" in relation to accepting asylum seekers from Greece and not take a "blockade attitude."

Why visas are being denied
Akbulut said the cause of the recent high rate of rejections was an unreasonably high requirement to prove a family relationship. Family reunification requests are also often denied because of missed deadlines in submitting the application, according to the asylum and human rights group, Pro Asyl.
After examining rejections by Germany of family reunification requests from Greece under "Dublin", Pro Asyl and Refugee Support Aegean (RSA) concluded that Germany needed to interpret the Dublin regulation as a set of principles "and not just as formal rules and deadlines."
To obtain a family visa, the standard requirements include: A valid passport, Greek residence permit, husband/wife’s passport and residence permit in Germany, marriage certificate, children’s birth certificate, husband/wife's registration certificate from the German authorities (recently issued), language certificate ''German A1'', health insurance valid in the EU, proof of means of subsistence (working contract) and sufficient accommodation space (rental contract) in Germany, and payment of €75,00 for an adult or €37,50 for a person under 18.
Delays and other problems within the Greek asylum system and high bureaucratic hurdles (such as the need for translations of all the documents required) are among the main reasons for the high rate of failure of family reunification attempts, according to RSA.
With AFP, epd, KNA
•••• ➤ More information about family reunification to Germany by the German Federal Office for Migration and Refugees, as well as the German Federal Foreign Office
•••• ➤ IOM Family Assistance Programme: Free advice and support for family reunification in Germany, a support service by the IOM, available in 10 countries including Lebanon, Iraq, Turkey, Jordan, Afghanistan, Kenya, Sudan
•••• ➤ The independent charity European Lawyers in Lesbos provides free legal advice (on family reunification matters, for example) for asylum seekers on Lesbos, Greece